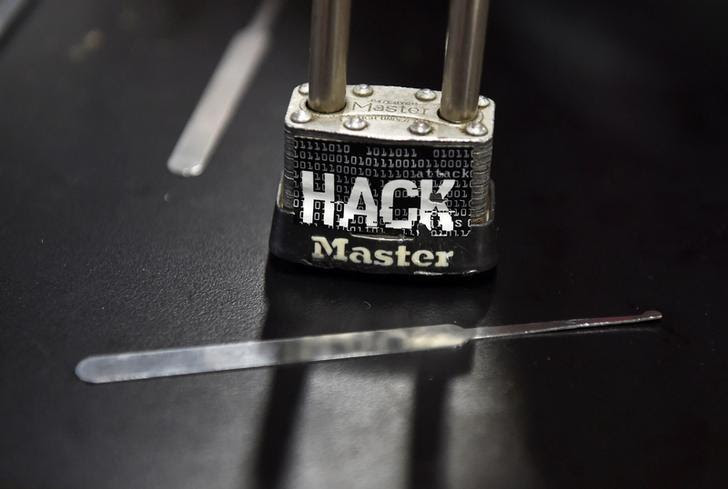 The overseers of the U.S. intelligence community have not embraced a CIA assessment that Russian cyber attacks were aimed at helping Republican President-elect Donald Trump win the 2016 election, three American officials said on Monday.

While the Office of the Director of National Intelligence (ODNI) does not dispute the CIA's analysis of Russian hacking operations, it has not endorsed their assessment because of a lack of conclusive evidence that Moscow intended to boost Trump over Democratic opponent Hillary Clinton, said the officials, who declined to be named.

The position of the ODNI, which oversees the 17 agency-strong U.S. intelligence community, could give Trump fresh ammunition to dispute the CIA assessment, which he rejected as "ridiculous" in weekend remarks, and press his assertion that no evidence implicates Russia in the cyber attacks.

Posted by Brock Townsend at Monday, December 12, 2016 No comments: Links to this post

A senior FBI counterintelligence official scoffed at CIA’s conclusion Russia had plotted to put Trump in office, calling the evidence “fuzzy” and “ambiguous.”

CIA veterans—none of them fans of Donald Trump–are urging caution about leaked allegations that Russia waged a secret campaign to put the New York Republican into the White House.

“I am not saying that I don't think Russia did this,” Nada Bakos, a top former CIA counterterrorism officer tells Newsweek, in a typical comment. “My main concern is that we will rush to judgment. The analysis needs to be cohesive and done the right way.”


More @ Newsweek
Posted by Brock Townsend at Monday, December 12, 2016 No comments: Links to this post

Via John "When in your life have you ever seen such shenanigans? Between the aborted recount and now this......they are trying to de-legitimize our election results. Next they'll be claiming aliens from space rigged the election. Sorry, the people have already spoken in accordance with our Constitution, but that's not good enough for liberals....well, too bad for them, those whiny crybabies. That's all they're good for."

Hillary Clinton's campaign has thrown its support behind an effort to provide members of the Electoral College with intelligence briefings on Russian breaches of U.S. political organizations before the College formally votes to elect Donald Trump president next week.

"The bipartisan electors' letter raises very grave issues involving our national security. Electors have a solemn responsibility under the Constitution and we support their efforts to have their questions addressed," Clinton campaign chairman John Podesta said Monday, responding to a request for briefings by a group of electors.


More @ AOL
Posted by Brock Townsend at Monday, December 12, 2016 No comments: Links to this post

A newspaper has turned down a Vietnam War veteran's dying wish, by refusing his request to set the record straight in his obituary.

When David R. Ryan came back from Vietnam, he says he was called a 'baby killer' and 'murderer' and it always stayed with him, says his daughter Heather Vargo.

So the grandfather-of-12 told his daughter that he wanted his obit to read 'not a murderer, not a baby killer, just a Vietnam vet,' according toKPTV.

Posted by Brock Townsend at Monday, December 12, 2016 2 comments: Links to this post

The writer below left New York for South Carolina in November, 1870 for a position as a law clerk for a US Attorney and State Senator David Corbin, a New York native and fellow carpetbagger. Expecting to see “orange groves and palms” upon his arrival, the writer instead gazed upon blackened ruins “rudely shattered by a conquering foe."
Bernhard Thuersam, www.Circa1865.com   The Great American Political Divide

“Ten years after the secession of South Carolina and less than six after the close of the consequent Civil War between the States, I became a South Carolina “carpetbagger.” That is, I migrated from our “Empire” to the “Palmetto” State.

What I say [about carpetbaggers and scalawags] is said in no caviling temper. Whether to the debit or credit side, it must go to the account not of South Carolina nature in particular, but of human nature in general. No doubt the inhabitants of every other community in the world would in similar circumstances have acted as South Carolinians did. Take Massachusetts, for instance, the State which in those days and for two generations before was cross-matched with South Carolina in the harness of American politics.

Suppose the Confederacy had triumphed in the Civil War. Suppose it had not been satisfied with establishing secession of the Southern States, but had forcibly annexed the other States to the Confederacy under provisional governments subordinate to the Confederate authorities at Richmond. Suppose that in pursuit of this policy the Confederacy had placed Southern troops in Massachusetts, established bureaus in aid of foreign-born factory hands, unseated Massachusetts officials, and disenfranchised all voters of that aristocratic Commonwealth of New England who rejected an oath of allegiance they abhorred.

Suppose that in consequence Southern “fire eaters” and Massachusetts factory-hands had together got control of the State and local governments, had repealed laws for making foreign-born factory hands stay at home of nights and otherwise to “know their place,” and were criminally looting the treasury and recklessly piling State and county debts mountain high.

Suppose also that the same uncongenial folk were administering national functions under the patronage of a triumphant Confederate government at Richmond – the post offices, custom houses, internal revenue offices and all the rest. And suppose that this had been forcibly maintained by detachments of the victorious Confederate army, some of the garrisons being composed of troops recruited from alien-born factory hands.

Suppose moreover that there had been sad memories in Boston, as there were in fact in Charleston, of a mournful occasion less than ten years before, when the dead bodies of native young men of Brahmin breed to a number equaling 1 in 100 of the entire population of the city had lain upon a Boston wharf, battlefield victims of that same Confederate army now profoundly victorious. And suppose that weeds had but recently grown in Tremont Street as rank as in an unfarmed field, because it had been in range of Confederate shells under a daily bombardment for two years.

I am imagining those conditions in no criticism of Federal post-war policies with reference to the South nor as any slur upon the factory hands of New England, but for the purpose of creating the state of mind capable of understanding the South Carolina of 1871 by contrasting what in either place would at the time have been regarded as “upper“ and “lowest” class. If my suppositions do not reach the imagination, try to picture a conquest of your own State by Canada, and fill in the picture with circumstances analogous to those in which South Carolina was plunged at the time of which I write.” Donald Trump may meet his match when he goes toe-to-toe with another world leader who’s showing prowess at strong-arming American companies into helping make his country great again.


Lockheed Martin and Boeing are the two major companies involved in discussions to build fighter aircraft production plants in India as part of that country’s “Make in India” initiative, which is essentially a mirror-image of President-elect Trump’s aggressive desire to keep manufacturing jobs within the United States.

Trump has made retaining blue-collar jobs a post-election priority, and he’s already had a high-profile success in preventing the loss of several hundred jobs at Indiana’s Carrier plant. 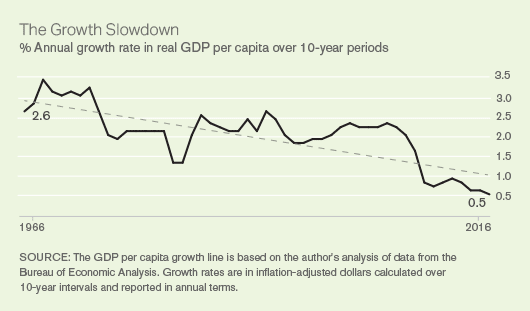 The U.S. Council on Competitiveness asked Gallup to conduct, pro bono, a comprehensive study of U.S. growth and productivity for the Council's 30th anniversary.

Conventional wisdom -- as reported in many major newspapers and media -- tells us the U.S. economy is "recovering." Well-meaning economists, academics and government officials use the term "recovery" when discussing the economy, implying that growth is getting stronger.

The study, released today, finds there is no recovery. Since 2007, U.S. GDP per capita growth has been 1%.


More @ GALLUP
Posted by Brock Townsend at Monday, December 12, 2016 No comments: Links to this post

One writer took a pool cue to the NYT new ‘feature’. The ‘Grey Lady’ suffered a solid Beating.

Jeremey Egerer of the American Thinker called out NYT’s ‘This Week In Hate’ for its obvious omissions. He straight-up called them racist.


It may be stupid to label every Muslim a terrorist. It is equally stupid to say that every white person, from the four-hundred-pound swamp-donkey in Georgia to the miserable slum-dwelling Italians in Jersey, is a privileged and tyrannical aristocrat. Both statements require a hatred not of a person, but of a people – and one that deliberately places the things we hate about a people on a stranger. But only one of them is considered hateful, and only one of them is apparently worth reporting.

The irony behind all of this is that if anyone has ever been to a series of white nationalist sites like American Renaissance, he will be surprised to find that they differ from The New York Times in one particular respect. In “This week in hate,” the criminals are all white. On American Renaissance, the criminals are all not. The methodology, the gist, the morality of the two publications is exactly the same. It is only the color of the people complained about that is different.

…One of us has a right to his own culture and territory, and the other one doesn’t. One of us can discriminate against the other, but not vice versa. One of us can make generalizations about the other, and the other can make generalizations only about himself. One of us can pronounce verdicts without any evidence and burn down wonderful cities and rape beautiful people and yet still, after all of this, be considered nothing more than a victim acting in response to aggression. It’s a wonder they don’t consider all criminals victims. Everyone, after all, has a story. Everyone except the wrong color.


Posted by Brock Townsend at Monday, December 12, 2016 No comments: Links to this post

Posted by Brock Townsend at Monday, December 12, 2016 2 comments: Links to this post 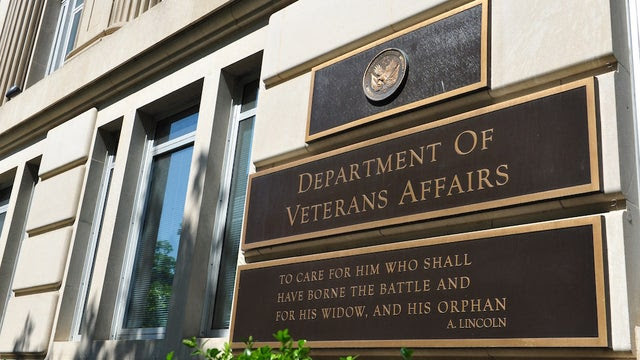 The body of a veteran was left in a shower at a Florida Veterans Affairs hospital for more than nine hours, according to an investigative report from The Tampa Bay Times.

Staff at the hospital failed to provide appropriate post-mortem care for the veteran, who died in February and has not been publicly identified.

Since the incident, the hospital has ordered retraining for staff.


More @ The Hill
Posted by Brock Townsend at Monday, December 12, 2016 2 comments: Links to this post 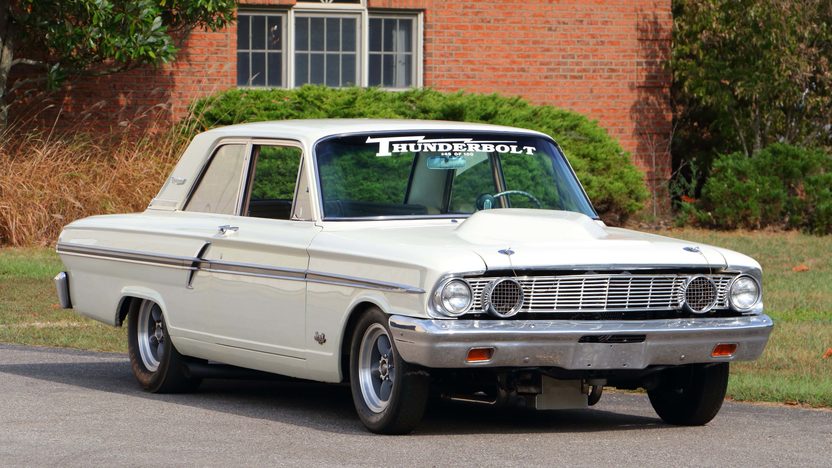 Via comment by Toejam on RUSSIA TO DESTROY MERKEL: Sounds good to me:)

See: The CIA’s Absence of Conviction for Russian involv...

In light of late-breaking reports Friday evening that Russians interfered with the 2016 presidential election to assist Donald Trump’s victory, Clinton supporters are furiously in pursuit of remedies.

At 10:45 p.m. Friday evening, the Washington Post broke an explosive story alleging that Russians had interfered with the 2016 presidential election in order to assist Donald Trump in a victory over democratic candidate Hillary Clinton. The story reveals that a CIA assessment detailing this conclusion had been presented to President Obama and top congressional leaders last week.