J. Evetts Haley and the Mind of the South American historians often write of a contrast between the South, a closed reactionary society, and the West, free and open and characteristically American. The dichotomy thus presented is a false one.

The West is the South. That is, to the extent that the West is a theatre for heroic action, rather than just a place to start a new business, it is the Old South transmitted to a new environment. The cowboy, to the degree that he represents the embodiment of a code of life rather than just a person who tends animals, is nothing more or less than the Virginia gentleman on the plains.

It is no accident that the most famous Western novel, written by a Pennsylvanian, Owen Wister, and set in Wyoming, was called The Virginian; nor that the most memorable character in Robert Service’s Alaska poems was from Tennessee; nor that John Wayne’s best Western movie, The Searchers, begins in 1865 with the hero riding up to his prairie home in tattered gray. 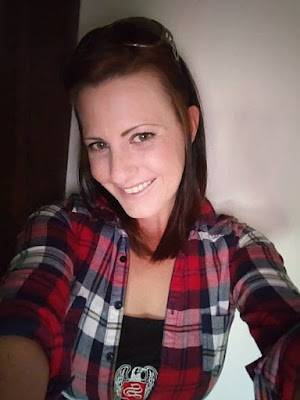 Paul Fromm in Toronto and Brian Ruhe in Vancouver interview Dara Graham in Winnipeg, Manitoba, Canada. She tells an unbelievable account of how Canadian authorites took her children away from her because of her pro-white views! This is an example of Canadian politcal correctness harming defenseless children... and the state tearing a family apart. Please speak out about this!

You can reach out to Dara Graham on Twitter at: https://twitter.com/SuperMooseMtl

I am Brian Ruhe. Go to my website at: http://www.brianruhe.ca/in-the-news/ to see what I'm up to these days. Please support these videos by making a contribution there with the Donate button. Thanks.

I am writing my third book based upon the above blog. My 2010 book is "A SHORT WALK ON AN ANCIENT PATH - A Buddhist Exploration of Meditation, Karma and Rebirth", available in book or ebook form at Amazon.com at:

My first book from 1999, is "Freeing the Buddha," also at Amazon at: https://www.amazon.com/Freeing-Buddha...
Posted by Brock Townsend at Wednesday, January 11, 2017 8 comments:

36 percent of troops surveyed had a favorable opinion of Obama’s service.

A new poll released as the Obama administration comes to an end reveals that the majority of U.S. troops have an unfavorable opinion of President Barack Obama’s eight years in office as commander-in-chief.

Assimilating immigrants - even those coming from developed nations - is never easy. But there is clear evidence that the process is crumbling under the weight of mass immigration from nations with low levels of education and cultures drastically different from that of the West. Assimilation is further hampered by external interests, such as the Saudis that spend millions of dollars annually to spread a totalitarian form of Islam among disaffected members of the refugee community here in the U.S.

The past several years have demonstrated that Western refugee policies, intended to protect the innocent, can also harm citizens of host countries.  Western democracies have traditionally sheltered those fleeing persecution. But this good will has occasionally been repaid with aggression and violence.


More @ The Hill
Posted by Brock Townsend at Wednesday, January 11, 2017 No comments:

Britain will be in the "front seat" to negotiate a new trade deal with the incoming Trump administration, a top Republican in the US Senate has said.

Barack Obama warned in April that the UK would be at the back of the queue for trade deals if voters chose Brexit.

Mr Johnson has been meeting with top Republicans on Capitol Hill.

"We hear we are first in line to do a great free trade deal with the United States. So, it's going to be a very exciting year for both our countries," he said.

Forget China: Apple Looks To Expand Manufacturing In The US

Apple filed a proposal in December to further manufacturing in Arizona, possibly signaling its intention to vamp up production activity in America.

President-elect Donald Trump said during a meeting with The New York Times in November that he had a productive conversation with Apple CEO Tim Cook about manufacturing concerns.


More @ The Daily Caller
Posted by Brock Townsend at Wednesday, January 11, 2017 No comments:

Napoleon’s Grand Army was defeated in the Battle of the Nations in 1813. The Emperor abdicated and was banished to Elba. But his army was not disarmed and destroyed by the victors.

Just 2 years later, Napoleon escaped and quickly re-mobilised his army. Only Wellington blocked his path to Brussels, at Waterloo.

After a fierce day of battle, a weary line of redcoats still held the ridge at Waterloo. But Napoleon’s Old Guard had been held in reserve for this decisive moment. Advancing like a spear, three columns wide, “The Invincibles” aimed to pierce the middle of the thin red line.

But a miracle occurred. Withering fire on both sides of the spear from the thin red line sapped their strength – Napoleon’s Old Guard broke and ran.

TED CRUZ Goes Off On Democrats At Jeff Sessions Hearing

Judge Napolitano: FBI’s Latest Hillary Dump Is ‘The Smoking Gun If There Ever Was One’

“This ramps up the case for her prosecution to the point where, ironically, it may also ramp up the case for President Obama to issue her a pardon and to take this off of Donald Trump and Jeff Sessions’ desks.”

“If he doesn’t do that, the pressure from the AG from the FBI agents who conducted the investigation, who probably posted this stuff last night during the Giants Packers game, will make it very difficult for him to resist. ”


More with video @ The Daily Caller
Posted by Brock Townsend at Wednesday, January 11, 2017 No comments:

IDF investigating why soldiers ran away from scene of terror attack rather than shoot the terrorist.

Via comment by Wretched Refuse on Islamist Killer Mows Down Israeli Soldiers with Tr...


The IDF announced that it is investigating why so many soldiers fled the scene of the terror attack in Jerusalem Sunday afternoon and did not try to eliminate or apprehend the terrorist.

Four people were killed and at least fifteen wounded when a terrorist drove a truck into a group of soldiers at the Haas Promenade in the Armon HaNatziv neighborhood of south Jerusalem.

There were hundreds of soldiers in the area when the attack occurred, about to take part in an educational program about Jerusalem as part of their training. The promenade overlooks the historic City of David. Surveillance footage showed many of the soldiers running away from the scene after the attack began.