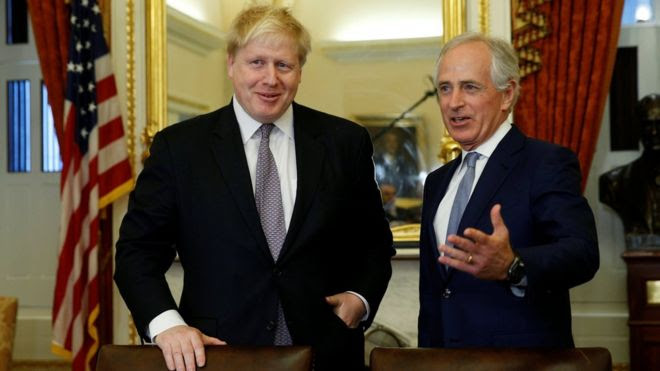 Britain will be in the "front seat" to negotiate a new trade deal with the incoming Trump administration, a top Republican in the US Senate has said.

Barack Obama warned in April that the UK would be at the back of the queue for trade deals if voters chose Brexit.

Mr Johnson has been meeting with top Republicans on Capitol Hill.

"We hear we are first in line to do a great free trade deal with the United States. So, it's going to be a very exciting year for both our countries," he said.