On the Brink of War A review of Shearer Davis Bowman, At the Precipice: Americans North and South during the Secession Crisis, (University of North Carolina Press, 2010).

Shearer Davis Bowman presents a comprehensive view of the events leading to the secession of the southern states. Bowman (p. 12) explores “what Americans on the eve of the Civil War believe[d] about themselves and the world around them.”

One of the great strengths of the book is that Bowman includes perspectives from people from multiple backgrounds: northern and southern, famous and obscure, wealthy men and yeomen, men and women. The result is a fairly balanced and comprehensive narrative, not the usual morality tale of good northerners and bad southerners. Bowman notes (p. 64) that historian Robert Cook observed that white Iowans “had little affection for slavery, but even less for black people themselves.”

Bowman argues that this applies to white northerners in general. Bowman cites Edward L. Ayers’ comparative study of Augusta County, Virginia and Franklin County, Pennsylvania, in which Ayers observes that “despite the high-flying rhetoric about justice,” neither the Democratic nor the Republican Party “displayed any sympathy toward their black neighbors.”

Bowman explains the blundering generation thesis (p. 30), when he writes that:


More @ The Abbeville Institute
Posted by Brock Townsend at Tuesday, January 30, 2018 No comments: 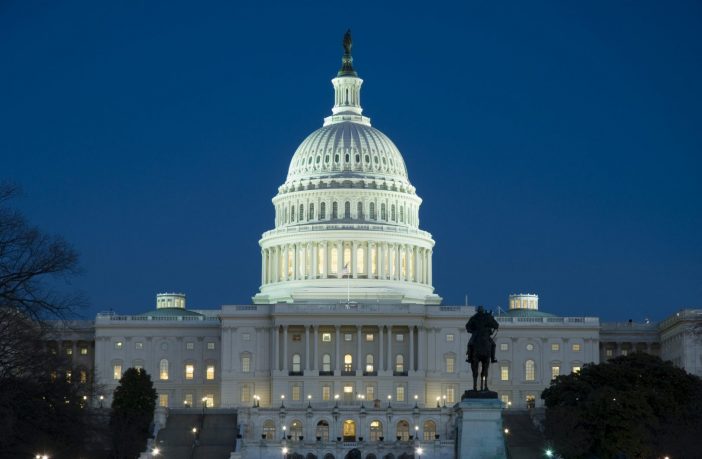 Tonight is President Trump’s first official State of the Union address. Article II, Section 3 of the United States Constitution mandates that the president “shall from time to time give to the Congress Information of the State of the Union, and recommend to their Consideration such Measures as he shall judge necessary and expedient.”

Since Woodrow Wilson, presidents predominately use this speech to publicly share their vision on issues currently facing the nation. Tonight, Americans are likely to hear about a wide range of topics such as infrastructure, foreign policy, healthcare, and immigration.

Immigration is still one of the biggest issues that the United States faces, and frustration with the system under President Obama was a primary reason why Donald Trump was elected president.

Therefore, it makes sense that it should be one of the primary focuses in his speech tonight.

While there are many things Trump could educate the American people about concerning immigration, here are five things people need to know about the state of the immigration system in America today:

Trump Defends 2nd Amendment Against Piers Morgan: If Vegas Killer Had No Gun, ‘He Would Have a Bomb’ During an interview with MailOnline contributor Piers Morgan, President Trump defended the Second Amendment by suggesting that if the Las Vegas attacker had lacked a firearm he “would have a bomb.”

Trump’s defense of the Second Amendment on January 28  was part of his overarching contention that “sick people,” rather than guns, are the problem.


Democrats sound plain silly as they continue to attack the GOP tax cuts.

Former Democratic National Committee Chairwoman Debbie Wasserman Schultz (D-Fla.) said at a recent town hall that $1,000 bonuses “wouldn’t go very far,” and they were taxable, so it wouldn’t really be $1,000 after all. Amazingly, she also said she hadn’t heard of any bonuses bigger than $1,000.

Is she really that out of touch? As Fox Business host Charles Payne noted in a tweet, Wasserman Schultz represents a district where the median household income is $50,000. Does she think her constituents wouldn’t welcome a $1,000 windfall?

Reading Bill Kristol’s latest emasculated flail of a troll — the desperation, the manipulation, the intellectual dishonesty, the mind and word games, the cuddling with evil at NBC News — it all took me back to early 1985, to a guy I knew who ended up in prison.


A White House spokesman confirmed to The Hill that Perdue will not be present for the address Tuesday night, instead spending it in a secure location.

For every State of the Union or presidential address to a joint session of Congress, a Cabinet member is chosen to sit out as a precaution for an incident such as an attack on the Capitol.

Perdue, a former GOP governor of Georgia, was tapped to lead the Department of Agriculture by Trump last January.

Veterans Affairs Secretary David Shulkin was the designated survivor for Trump’s address to a joint session of Congress in 2017.

The secretary of Agriculture is ninth in the line of succession for the presidency.
Posted by Brock Townsend at Tuesday, January 30, 2018 2 comments:

We have achieved another great victory today, but the fight is not over.

In a Chancery Court ruling this afternoon in Nashville, the court ruled in favor of the SCV and granted the Restraining Order and Injunction against the city of Memphis and Memphis Greenspace in regard to the 3 stolen Confederate memorial statues.

With this ruling neither the city nor Greenspace can remove, sell, destroy, move, etc, or otherwise disturb the 3 statues and must maintain and safeguard them pending further legal action by the SCV.

Much more to come.

Thank you for your resolve and continued financial support.

All Senate Democrats united with two independent senators in 2013 to push through a comprehensive immigration reform plan to build a border fence and end “chain migration” and the visa lottery, positions they now oppose because they are in President Trump’s immigration package.

It called for “no fewer than 700 miles” of border fencing.

It also included a section detailing the end of the diversity visa, a lottery for green cards meant to diversify the U.S. immigrant population.

Republican Congressman Steve Scalise told illegal immigrants to “get in line” and wait their turn as Congress works to secure the southern border, Tuesday on “Fox & Friends.”

“We always forget America has the most generous immigration laws already. We let a million people in our country legally. Get in line like everybody else,” Scalise said. “And I think that’s a really good answer. You can stay here while you are doing it.” You asked us to notify you on 07/20/2012 when this item was available for purchase. We send out a limited number of emails each day based on the quantity available. Tomorrow, we will be sending out emails to the other customers waiting in line for this item.

You will not be notified for this item again until you place it back on your notification list.

Trey Gowdy: Release of FISA Abuse Memo Will be 'Embarrassing' for Adam Schiff


The House of Representatives GOP leadership team held a press briefing earlier today.  During the Q&A Speaker of the House, Paul Ryan, was asked about the House Intelligence Committee memo that has been released to the Executive Branch.The full presser is below.

The memo remarks by Speaker Ryan occur at 15:00 of the video.  Notice the appropriate, constitutional, and purposeful explanation of the process.  The executive branch (President Trump) and legislative branch (Ryan, Nunes, etc.) are continuing to emphasize the structural framework of U.S. government, and the seperation of powers therein, to return the rule of law during the Trump administration.  This is NOT accidental. [Video prompted to start @15:00]


More @ The Last Refuge
Posted by Brock Townsend at Tuesday, January 30, 2018 No comments:

Special Counsel Robert Mueller’s investigation into Russian influence in the 2016 presidential election has been clouded by revelations that two former members of his team sent negative text messages about President Trump.

In the messages, Peter Strzok and Lisa Page, who were romantically involved, bash Trump and discuss concerns about being too tough on Hillary Clinton during an investigation into the use of her private email server. The pair exchanged some 50,000 text messages throughout the presidential election and first year of the Trump administration, many of them with anti-Trump sentiments.

Here’s a look at who exchanged the text messages, and who will leave the FBI.

Former U.S. Attorney for the District of Columbia Joe diGenova said the FBI has experienced "the worst period in the history of the bureau" in the time since President Trump's election.

"This is quite a disgraceful moment for the bureau," diGenova said, calling this time "much worse than the late [J. Edgar] Hoover period."


More with video @ Fox
Posted by Brock Townsend at Tuesday, January 30, 2018 No comments:

$outhern Poverty Law Center, under fire from conservatives, is branching out to college campuses 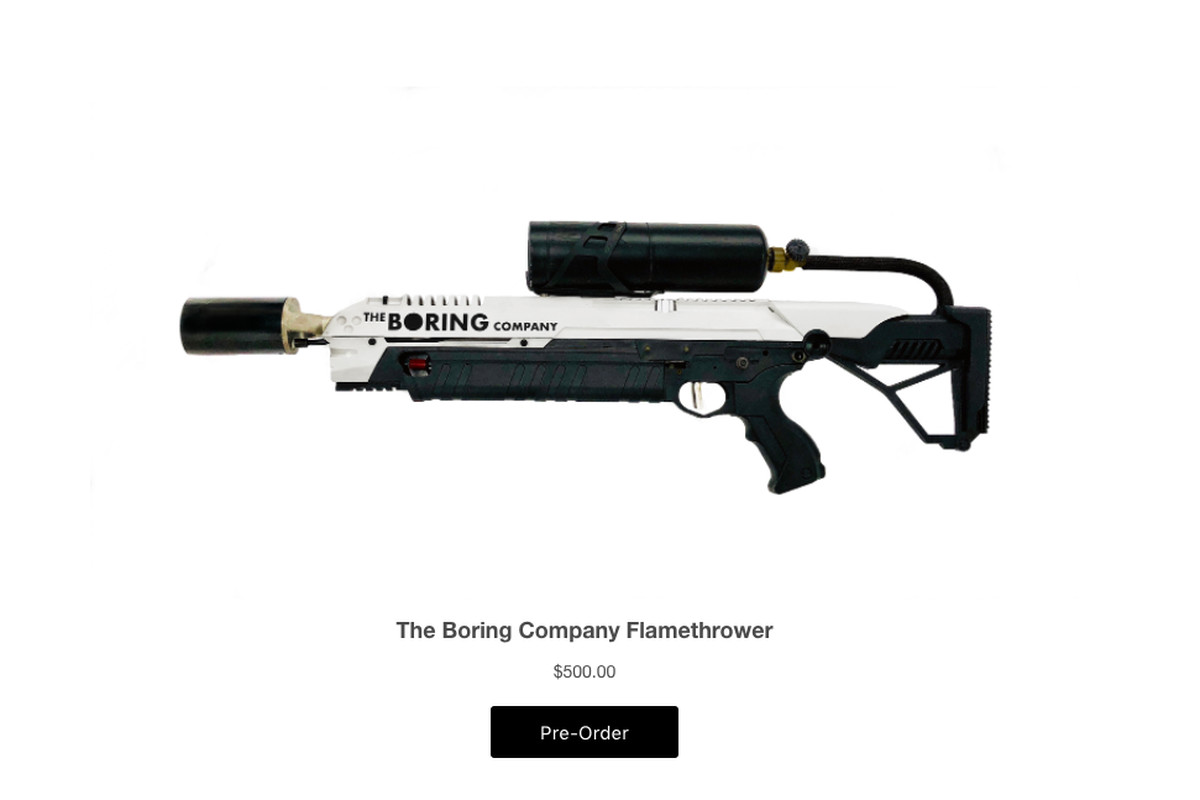 Elon Musk’s plan to sell 20,000 people a $500 flamethrower branded with the name of his Los Angeles-based tunnel-digging venture, The Boring Company, has hit a roadblock. In a statement issued today and published on Twitter by Los Angeles Times report Liam Dillon, California Assemblyman Miguel Santiago (D-Los Angeles) said he intends to introduce legislation that would prevent Musk’s company from selling the flamethrower to the public, at least in the state of California.


More @ The Verge
Posted by Brock Townsend at Tuesday, January 30, 2018 No comments:

Bone chilling speech about threat of Islam & "I am a racist"