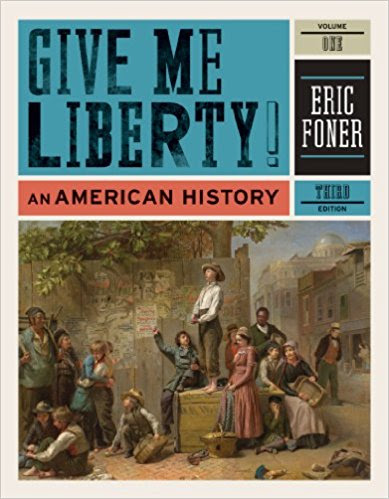 Donald Trump made the following statement at a recent rally in Phoenix, Arizona on August 22:

“In the proud tradition of America’s great leaders, from George Washington — please, don’t take his statue down, please. PLEASE! Does anybody want George Washington’s statue? No. Is that sad? To Lincoln, to Teddy Roosevelt, I see they want to take Teddy Roosevelt’s down, too. They’re trying to figure out why. They don’t know. They’re trying to take away our culture. They are trying to take away our history. And our weak leaders, they do it overnight. These things have been there for 150 years, for 100 years. You go back to a university, and it’s gone. Weak, weak people.”


If Trump, an unrepentant New Yorker, can see there are problems with our current cultural cleanse, why are there so many Americans trying to tear our mutual history down? Why is the movement to remove history being filled with such hate and vitriol? (Communism explains it all)

Nikita S. Krushchev said, “Comrades! We must abolish the cult of the individual decisively, once and for all.”

Vladmir Ilyich Lenin said, “Give me four years to teach the children and the seed I have sown will never be uprooted.”

The teachings of the Left include discrediting the Bible and replacing religion with social justice, dishonoring America and family, controlling the schools and curricula, and normalizing promiscuity.

The Left has set about “deconstructing” (breaking down) the child’s psychology, removing every facet of life that provides the sense of security needed to create a mature, stable, responsible, independent, confident, and productive adult who will contribute to a free society. And it is through today’s schools that they are deconstructing our children in order to destroy the free society.

Posted by Brock Townsend at Friday, October 20, 2017 No comments:

Delivering bad news or consoling someone after a loss is never easy. Communicating in these instances is often awkward and uncomfortable for everyone involved. So it's quite a mystery why Rep. Frederica Wilson (D-Fla.) is making such an issue with the call the president placed to the family of U.S. Army Sgt. La David Johnson after his heroic death fighting terrorism in Niger. To use this situation to score political points, attack the president, or advance an agenda is shameful.

Days after President Trump's telephone call to Johnson’s family, the media is still hungry for drama. Considering for a moment the possibility that words could have been taken out of context or misunderstood, surely it would have been appropriate for the president to have been afforded the opportunity to privately clarify his admiration and respect. Instead Wilson decided to use the situation, and worse, a grieving family, to attack a political adversary. It's a page straight out of the “never let a good crisis go to waste” playbook.

Demonizing the South to Purify the Nation 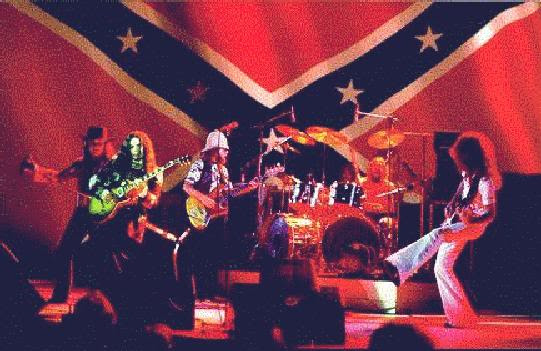 Victor Davis Hanson is one of the most lauded and applauded historians of the “conservative establishment.” Honored by President George W. Bush, a regular writer for National Review, spoken of in hushed and admiring tones by pundits like Rush Limbaugh and Sean Hannity, Hanson is rightly regarded as a fine classicist and military historian, especially of ancient warfare. But like other authors who tend to cluster in the Neoconservative orbit, Hanson strays far afield into modern history, American studies, and into current politics—fields where his fealty to a Neocon narrative overwhelms his historical expertise.

And like other well-regarded writers of the Neocon persuasion—the far less scholarly Jonah Goldberg (in his superficial and wrongheaded volume, Liberal Fascism: The Secret History of the American Left, from Mussolini to the Politics of Meaning) and Dinesh D’Souza (in his historical mish-mash, The Big Lie: Exposing the Nazi Roots of the American Left)—Hanson when he writes of contemporary politics or modern American history, writes with an agenda. But, unlike them, his arguments are usually more firmly based and less fantastical.


More @ The Abbeville Institute
Posted by Brock Townsend at Friday, October 20, 2017 No comments:

President George W. Bush gave a speech, and instead of just analyzing the speech, Newsmax, which has been anti-Trump and moving left, called it a stinging rebuke of Trump.  Newsmax's people are right there with the NYT, MSNBC, and CNN in their analysis.  I believe that if the media had one ounce of honesty, the speech should be considered a stinging rebuke of Obama and the Democrats.

Here is the first paragraph from the article:

Here we go, a politician that actually gets it.

Yes, undoubtedly it’s a calculated move to get media coverage, rankle the moonbats, and gin up support for his candidacy.  Williams is a brazen Republican, naturally.

But, aside from the tactical benefits that serve his campaign, this giveaway sends a clear message to those that want to blame inanimate objects for violence.

Cynthia Quinn was confused. When the Detroit mother heard that her son, Sanchez Quinn, had been shot and rushed to Henry Ford Hospital, she wanted to visit him to make sure he was okay.

But after she entered her son’s hospital room, police immediately told her to leave.

“When I went to my son’s room I was stopped by two police officers (who) told me to get out of my son’s room,” she says. “‘Why you here? You can’t be here.'”

When in doubt, play the race card.

That’s how Democrats play politics. Anytime they’re caught in a bind, they whip out the epithet “racist” and sling it at their opponent. The media, like dutiful servants, then repeats the line, giddily referring to the target as a no-good racist who needs deported to an isolated island for progressive re-education.

That playbook may have just run out of pages, however. Frederica Wilson, the Democrat representative from Florida who blabbed about listening in on a phone call President Trump made to Gold Star widow Myeshia Johnson, just took the whole “Republicans are racist” thing too far.

MSNBC host Lawrence O’Donnell said he was “stunned” by White House chief of staff John Kelly’s remarks about Democratic Rep. Frederica Wilson of Florida, suggesting that the former general was a product of a racist upbringing.

“They have more in common then John Kelly realizes,” O’Donnell said at the beginning of his show on MSNBC Thursday. “They were both born in segregated cities. They both went to segregated schools.”

Wilson went to school during forced, legal segregation in Florida, and Kelly grew up in Boston, where his school was segregated “by custom and practice” during the 1950s, O’Donnell said.


More @ The Political Insider
Posted by Brock Townsend at Friday, October 20, 2017 No comments: 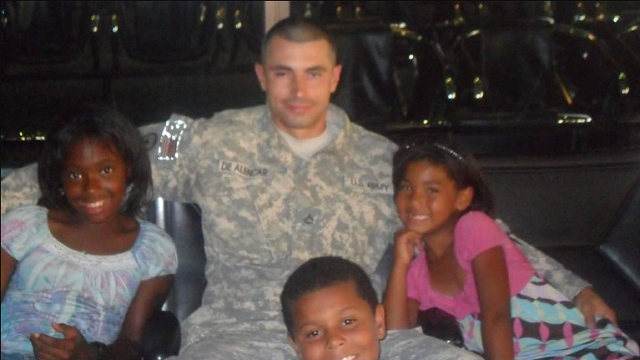 Amid the political firestorm created by Democrat Rep. Frederica Wilson over what should have been a private phone call, another Gold Star widow has shared video of her condolence call in defense of President Donald Trump.

Natasha De Alencar lost her husband, Army Staff Sgt. Mark R. De Alencar, to a firefight with Islamic State fighters in Afghanistan in April. In the released audio footage, Trump can clearly be heard offering his condolences. “I am so sorry to hear about the whole situation. What a, what a horrible thing – except that he’s an unbelievable hero. You know, all of the people that served with him are saying how incredible he was,” Trump told Natasha. “Everyone tells me how great he was. He was the boss … He was their friend. They all loved him.”

Natasha replied, “I’m glad that you got to hear a little bit about him, sir. My husband is, to me, he was already my hero. We’ve been together 15 years, five children.”


More with video @ The Political Insider
Posted by Brock Townsend at Friday, October 20, 2017 No comments: