When the dust was cleared and the debris swept away, he stood revealed as Hillary Clinton’s most generous billionaire donor. Yet his name rarely surfaced during the presidential campaign—and that’s generally the way he likes it. Dark Money, Jane Mayer’s book about covert political funding, refers to the Koch brothers more than 300 times in its excoriation of the “radical right” but mentions progressive icon George Soros just six times; three are footnotes.

One of the planet’s richest men, his past marred with crimes and misdemeanors, the 86-year-old billionaire skates on. More than a decade ago, he moved his financial headquarters to Curaçao, a tax-free haven in the Caribbean designed for monied hypocrites who talk one game and play another. The place is not bulletproof; on occasion, Soros has been accused—and even convicted—of insider trading. A French court found him guilty of that crime and levied a fine of $2.3 million. In the parlance of the billionaires’ club, that was small change. Investigative journalists, a dwindling cadre, show little interest in him. They prefer to scrutinize safer, softer targets.

Rebel Media: After Berkeley: A Right Wing Call to Self-Defense

PJ Watson on the Battle at Berkley

When Trump Fired Sally Yates, He Fired a Traitor Direct Disobedience to an Order was a serious offense at military school, but Insubordination was expulsion, no ifs, ands or buts.

That sounds like strong language, but what else should we call government officials who rule by fiat, replacing the laws passed by the people's representatives and the Constitution with their own personal preferences?

Her own words say she refused to defend Donald Trump's executive order because she doesn't think it is "right," not because it is unconstitutional or illegal.

Isn't a government where individuals impose their will on the people tyrannical?  If so, then what Yates did is a soft-power revolution aimed at denying the people their right to decide how they are to be ruled.  Yates wants a tyranny where she and her ilk tell us deplorables how we are to live and what we are to believe.

Of course, Sally is following a long established liberal tradition of tyranny. 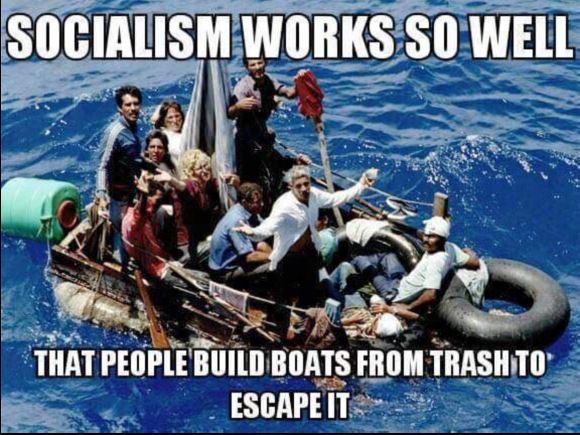 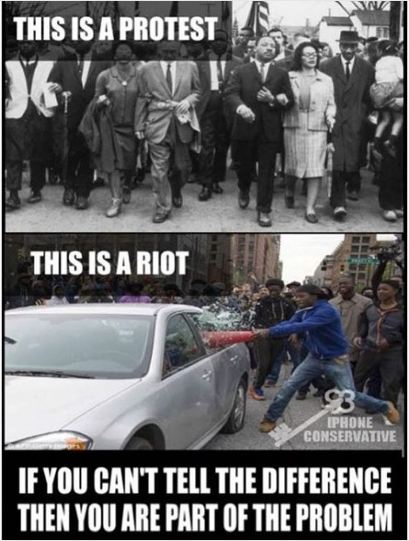 Robert Gore
Being Ignored Can Be a Blessing

Samuel Culper
Winter Is Coming: Sociology & The Next Great War

Most Armed Man in America +++

Wilders: Trump Has Already Done More Than Europe Ever Has To Curb Mass Migration

Yesterday a new America, today Koblenz and tomorrow a new Europe,” Wilders said. “We are the start of a patriotic spring in Europe.” Dutch populist leader Geert

Wilders praised U.S. President Donald Trump for his executive order to temporarily ban immigration from seven countries, saying he has already done more to curb mass migration than the entire European continent ever has.

“Here there is a politician who does not only keep his promises and fulfills his promises in the election campaign, but has done more to beat the mass immigration in two weeks time than the whole European governments [have] in their whole existence,” Wilders said during a book release in The Hague Thursday. “I’m sure if we would have had that kind of policy for instance in the Netherlands and other countries in Europe, that a lot of turmoil, a lot of terrorism would have been spared.”

Posted by Brock Townsend at Saturday, February 04, 2017 No comments: 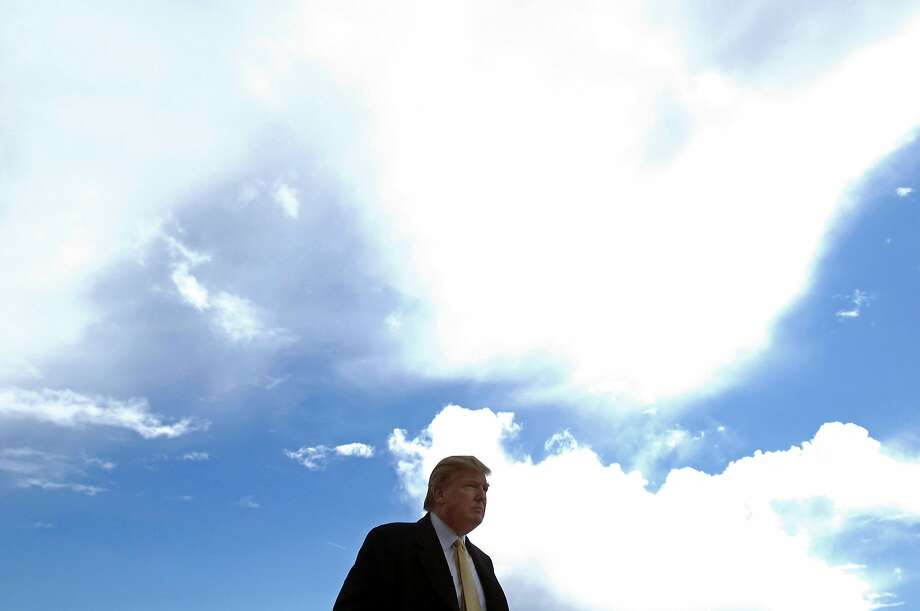 'All of the so-called ‘solutions’ to global warming are purely symbolic when it comes to climate. So, even if we actually faced a climate catastrophe and we had to rely on a UN climate agreement, we would all be doomed!'


University of London professor emeritus Philip Stott: “The fundamental point has always been this. Climate change is governed by hundreds of factors, or variables, and the very idea that we can manage climate change predictably by understanding and manipulating at the margins one politically selected factor (CO2) is as misguided as it gets.” “It’s scientific nonsense,” Stott added.
Very prominent scientists are bailing out of the so-called “consensus.”

Renowned Princeton Physicist Freeman Dyson: ‘I’m 100% Democrat and I like Obama. But he took the wrong side on climate issue, and the Republicans took the right side’


Breitbart senior editor Milo Yiannopoulos on Thursday attacked the media, saying coverage of him is making it “impossible” to express his “reasonable, mainstream” opinions in public.

Yiannopoulos appeared on Fox News’s “Tucker Carlson Tonight” days after protesters set fires and destroyed property ahead of his scheduled speech at the University of California, Berkeley, forcing the event’s cancellation.

"That is the price you pay for being a libertarian or a conservative on American college campuses," Yiannopoulos said.


More @ The Hill
Posted by Brock Townsend at Saturday, February 04, 2017 No comments:

Columnist Hilal Kaplan wrote in a Turkish-language commentary that “the American president who is responsible for destabilizing the seven banned Muslim nations was none other than former President Barack Obama. It was of course bad that American Muslims were in trouble, but what really mattered were ‘Muslims in our region.’”

The governments who have to deal with the consequences of American fecklessness, by contrast, want the United States to be strong and assertive. They are engaged in an existential war against jihadist elements who threaten to reduce them to chaos, and look to the United States to show determination. That is why Trump is suddenly so popular in the Middle East.

The US president's measure has had precisely the result he intended, giving succour to those engaged in an existential war against jihadist elements

The much-criticized measure was a warning to the governments of the Gulf States, Turkey and Pakistan, who walk a fine line between support for Western counter-terrorism efforts and concessions to jihadists. It has had precisely the result that the White House intended, as a Dubai security official indicated on January 29. As Reuters’ Zawya.com reported:

Dubai’s deputy chief of police and public security, Lieutenant General Dhahi Khalfan Tamim, has praised US President Donald Trump’s recent decision to temporarily ban citizens from seven Muslim-majority states, saying in a series of tweets it was a ‘preventive measure’ to safeguard the country.

Omarosa Walks into Lion’s Den on “The View” : Great Video

Posted by Brock Townsend at Saturday, February 04, 2017 No comments:

Iraqi Arch-Bishop : Where were all those Trump protesters when they came to slaughter Christians?

What do you make of the protests against President Trump’s refugee order?

Everyone, including the administration, seems to agree that this should have been implemented with more clarity. There was much confusion about what the order meant and many people were very upset.

From my perspective in Iraq, I wonder why all of these protesters were not protesting in the streets when ISIS came to kill Christians and Yazidis and other minority groups. They were not protesting when the tens of thousands of displaced Christians my archdiocese has cared for since 2014 received no financial assistance from the U.S. government or the U.N. There were no protests when Syrian Christians were only let in at a rate that was 20 times less than the percentage of their population in Syria.

Washington and Minnesota had filed a lawsuit against the federal government to halt the travel ban, and Judge Robart declared that the states were likely to succeed in their lawsuits before issuing the restraining order.

The Justice Department responded by saying, “The department looks forward to reviewing the court’s written order and will determine next steps.”

Following the Muslim ban in the United States, Kuwait has now suspended the issuance of visas for travellers from Syria, Iraq, Pakistan, Afghanistan and Iran.

Tourism, trade, and visitor visas from the above mentioned nations have been restricted following an order from the Kuwaiti Government to slap a "blanket ban" on possible migrants, according to Sputnik News.

The Kuwaiti Government has asked would-be migrants from the five banned nations not to apply for visas, as Kuwait City is worried about the possible migration of radical Islamic terrorists.

Trump: ‘My responsibility is to keep' Americans safe

President Donald Trump used a portion of his weekly address to defend his executive order banning citizens of seven countries from entering the United States, even as a federal judge in Seattle issued a temporary nationwide restraining order Friday stopping the order.

“I will never forget that my responsibility is to keep you—the American people—safe and free,” Trump said in the address.

“The executive order establishes a process to develop new vetting and mechanisms to ensure those coming into America love and support our people. That they have good intentions,” he continued.
Trump used the address, which touched on several topics, to show that, “On every single front, we are working to deliver for American workers and American families.”


More @ The Hill
Posted by Brock Townsend at Saturday, February 04, 2017 No comments: