Rep. Paul Gosar Sponsors Bill to Ban All Immigration Into US for 10 Years (Sounds good but good luck)

On Thursday, Congressman Paul Gosar (R-Ariz.) introduced legislation in the House of Representatives proposing a 10-year moratorium on all immigration into the United States.

Gosar’s remarks: In a statement released the following day, Gosar explained, “With millions of Americans including our veterans who are now unemployed, homeless, or living in poverty we need to take care of one another before we allow millions to migrate here. Time to pause migration to America and figure out how to put the American people first.”

She pronounces'water' as I do whch is common in Northern Virginia where I grew up, though I don't think she is from there.
Posted by Brock Townsend at Saturday, July 24, 2021 8 comments:

The Jefferson Davis Memorial Highway was a planned transcontinental highway in the United States in the 1910s and 1920s that began in Washington, D.C. and extended south and west to San Diego, California. It was named for Jefferson Davis, who, in addition to being the first and only President of the Confederate States of America was also a U.S. Congressman and Secretary of War.

Posted by Brock Townsend at Saturday, July 24, 2021 No comments: 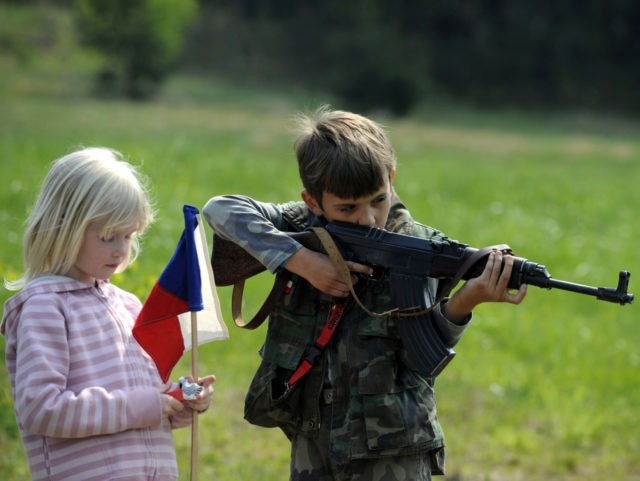 The senate of the Czech Republic has approved adding a right to self-defence with a weapon to its Charter of Fundamental Rights and Freedoms following a successful petition campaign.

A total of 54 of the 74 senators voted to amend the charter, surpassing the needed three-fifths majority of votes, and will become law once signed by Czech president Milos Zeman, who has previously expressed support for a European Second Amendment and is unable to veto the constitutional change in any case.

The NSA now admits that it "unmasked" Tucker's identity after an intelligence intercept. Plus: the tyrants at Facebook confirm that they have been censoring this show. pic.twitter.com/AeYbQzNWLI

The Biden administration allegedly unmasked Fox News host Tucker Carlson’s identity, according to a new report published late on Friday, which prompted a strong response from the network.

“We told you that the National Security Agency has been monitoring this show and the content of Tucker’s emails,” Fox News fill-in host Mark Steyn said during Carlson’s show. “According to a media outlet called The Record, the NSA has just completed its internal review of the matter. The NSA now admits that it unmasked Tucker’s identity after an intelligence intercept.”

“By law, the identities of American citizens are concealed when they’re caught up during foreign intelligence gathering,” Steyn added. “They can only be unmasked in extraordinary circumstances.”

The report from The Record stated:

Posted by Brock Townsend at Saturday, July 24, 2021 No comments: