In Mueller's indictment, unveiled Friday, it said the attempt to interfere with the 2016 election began in May 2014 with the stated goal of “spreading distrust towards candidates and the political system in general.” 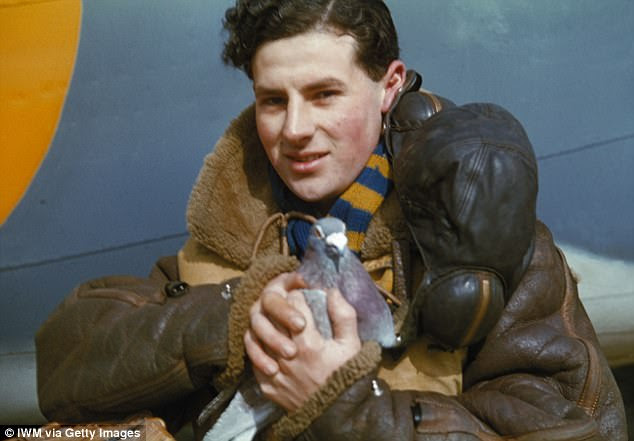 Enemy searchlights had caught its outline as the RAF Whitley reached Nieuport on the coast of Nazi-occupied Belgium, and the German batteries opened up. But unscathed, the pilots pressed on, heading inland as instructed.

Just minutes later, passing above the darkened fields of Flanders, the crucial moment had arrived. The flaps of the aircraft were lowered and, from a height of between 600 and 1,000ft, a British ‘agent’ parachuted gently to the ground.

This was July 1941, and an extraordinary new development in the intelligence war with the Wehrmacht was in full swing. So important was the information gleaned from this particular mission, it would end up on Churchill’s desk.

The Dark Side of Abraham Lincoln

By way of prologue, let me say that all of us like the Lincoln whose face appears on the penny. He is the Lincoln of myth: kindly, hum­ble, a man of sorrows who believes in malice toward none and char­ity toward all, who simply wants to preserve the Union so that we can all live together as one people.

The Lincoln on the penny, had he lived, would have spared the South the ravages of Reconstruction and ushered in the Era of Good Feeling in 1865. The fact that this mythic Lincoln was killed is surely the ultimate tragedy in a tragic era. Indeed the most that any Southerner could say in behalf of the slayer of that Lincoln was what Sheldon Vanauken reported hearing from an old-fashioned Virginian:

“Young Booth, sir, acting out of the best of motives, made a tragic blunder.” But the Lincoln on the penny, the mythic Lincoln, did not exist. Instead a very real man, a political absolutist with enormous human weaknesses, for a time held the destiny of the nation in his oversized palm. So why do we dislike this Lincoln so much? There are many reasons, and here, just for starters, are three good ones:

More @ The Abbeville Institute
Posted by Brock Townsend at Saturday, February 17, 2018 No comments:

Another Casualty of the War 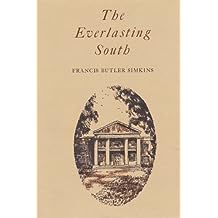 It is written that “despite the changes which the catastrophe of 1865 made inevitable, the distinctive culture of the region was never destroyed.” Both races had to return to living together in the same land, but social relations deteriorated with the political machinations of the carpetbaggers and the Republican Party’s Union League. For simple political opportunism and lasting hegemony over the defeated South, the latter taught the black man to hate his lifelong white neighbor and vote for the Northern party which impoverished the South.
Bernhard Thuersam, www.Circa1865.com   The Great American Political Divide

Another Casualty of the War

“Since the Civil War, there has been a decline in what the ante-bellum traveler Frederick Law Olmsted called “the close habitation and association between black and white.” Immediately after the war the two races separated in churches, and for the cultural give and take of the plantation was substituted a dual school system which sealed off the children of one race from another.

Gradually it became impossible for a white person to teach in a Negro school without losing caste. When the courts forced the attendance of Negroes in white schools, no genuine interracial fraternity developed. No longer did the two races have what William Faulkner calls “the same parties: the identical music from identical instruments, crude fiddles and guitars, now in the big house with candles and silk dresses and champagne, now in the dirt-floored cabins with smoking pine knots and calico and water sweetened with molasses.”

The whites have been able to implement a growing aversion to intimate contact with the blacks through the use of labor-saving devices and through the spread of progressive notions concerning the dignity of labor. Despite Supreme Court decisions, immutable social custom makes for increased residential segregation, especially in the newer sections of the cities.

One of the most persistent beliefs about the South is that the Negro is in a constant state of revolt against the social pattern of the section. Despite a vast literature to the contrary, the facts of history refute this assumption.

As a slave the black man never attempted general insurrection and did not run away often. “The slaves,” says a historian of the Confederacy, Robert Cotterill, “supported the Confederacy (albeit somewhat involuntarily).” It is now proved that outside compulsions rather than inner ambitions prompted the political insubordinations of Reconstruction. Their artificial character is proved by the fact that they were not accompanied by much social insubordinations and by the fact that they disappeared as soon as the outside compulsions were removed.

Indicative of the willingness of the rank and file blacks to accept the status quo are the words of a conservative demagogue who knew the Negro well. “If the election of the governor of South Carolina were left “entirely to the Negro vote,” declared Cole L. Blease in 1913, “I would receive without trouble 75 to 90 percent.”

Vlad Tepes – Hamburg: It Started With One Woman
** Read it through, and marvel at the enemedia’s complete 180 reversal of the reality.

From a comment on the previous post NO! came an idea that has come of age. Why are we still sending our children to schools? What justification, after all of the carnage and all of the other problems inherent to pubescent and pre-pubescent children congregating in these social indoctrination centers can the collectivists offer?

Curriculums can be purchased and given online. Everyone has some access to the internet and those curriculums need not be data intensive to allow even low data usage accounts to access the information and take the courses. Naturally, there is some degree of risk for fraud, where parents actually do the work for the children, but at present there is a huge amount of social advancements taking place anyway. Cheating is cheating, whether done on the individual or institutional levels. The risk that poorly educated adults will do the work of poorly educated children is probably as beneficial as it is problematic.

A road trip into Cherokee history

REUBEL RUDEL BROCK (William's five-times-great-grandfather) became known as “Great Eagle” and is no longer living.  CHRISTIAN BROCK (William's five-times-great-grandmother) was born about 1705, in Tellico, Cherokee Nation East.  She died in 1764, aged about 59, in Overhills, Great Tellico. Reubel Rudel Brock married Christian Brock. They had one son: John Joseph Brock in 1728.

Didn't realize that Christian can be a female name as well as the more popular Christiana. Maybe I should change my name to "Great Eagle." :)

Posted by Brock Townsend at Saturday, February 17, 2018 No comments:

Celtic Woman - You Raise Me Up 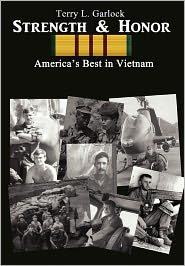 As the noted Vietnam War correspondent Joe Galloway says in his preface: “As you read the stories in Terry’s book, think about this: they were the best you had, America, and you turned your back on them.”


Published Wednesday January 31 in The Citizen
I was only one of many Vietnam veterans who wrote opinion columns criticizing the Vietnam War film by Ken Burns and Lynn Novick, opining their work seemed more like propaganda than history. In doing so I occasionally used “Burns” as shorthand for the pair, to which Ms. Novick emailed me her objection. She is correct, I should consistently include her name as co-producer because she is equally culpable in the hit piece they brazenly call a documentary.
So, Ms. Novick and Mr. Burns, this is for you. My back-handed compliment is that your wholly inaccurate film is a slick rationalization for aging Americans who, decades ago, loudly encouraged our enemy while we were killing each other in combat. For those harboring doubts about actively opposing us in their youth while we served our country in a war, your film may have supplied just the soothing salve they need.
You bent the truth in your film too far, too consistently, too repetitively, and omitted too much to leave any room for me to believe those errors, omissions, distortions, half-truths and complete falsehoods were remotely accidental.
Like a house of distorted mirrors, you portrayed the murderous and avowed Stalinist Ho Chi Minh as a nationalist driven by reunification of North and South Vietnam rather than his real commitment to Communist conquest of free South Vietnam. Your film repeatedly depicted the war as unwinnable, the North Vietnamese cause as just, war crimes between the two sides as morally equivalent, American troops as victims, South Vietnamese as mere bit players, all that and much more of your content completely opposite of the truth. You selected for dominant interviews from the tiny percentage of American combat veterans with a grievance who joined the protestors when they returned home.
More @ Nguyệt San VIỆT-NAM
Posted by Brock Townsend at Saturday, February 17, 2018 No comments:

The Daily Caller co-founder called out journalists for backing off of their claims that the Trump campaign colluded with Russia since the latest indictment show nothing of the sort, and also questioned why the FBI was spending so much time going after “Facebook trolls.”

“At least we know what our federal agents were doing recently while they were too busy to stop school shootings,” Carlson said. “They’ve been chasing down bad Facebook trolls.”


More @ The Daily Caller
Posted by Brock Townsend at Saturday, February 17, 2018 No comments: 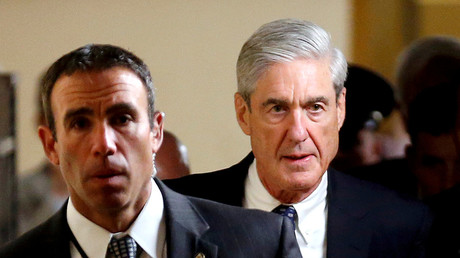 Mueller indicted 13 Russians to drag probe out and keep his position – State Senator Black
Russian Foreign Minister Sergey Lavrov has again dismissed claims of Russian meddling in the US election, saying that until facts are presented by Washington, they are nothing but “blather.”

Speaking at the Munich Security Conference in Germany on Saturday, he said that “Until we see facts, everything else will be just blather.”  When asked to comment on the indictment of Russian nationals and companies in the US over alleged meddling in the 2016 US election, the foreign minister answered:“You know, I have no reaction at all because one can publish anything he wants. We see how accusations, statements, statements are multiplying.”

You Raise Me Up by Sisters from Indonesia


Posted by Brock Townsend at Saturday, February 17, 2018 No comments: