Don't leave home without your Holtzman's Gorilla Survival 48-in-1 paracord grenade survival kit, which includes 48 tools and will help protect you and your loved ones.

Two dates changed the course of American political history. On 13 September 1841, the Whigs expelled President John Tyler from their Party, outraged over his “betrayal” of what they considered true Whig political and economic principles. Shorty over two years later, on 28 February 1844, Abel P. Upshur, Tyler’s trusted Secretary of State and perhaps the best Constitutional scholar in the United States at the time, was killed in an accident on the U.S.S. Princeton. Both men personified American Whiggery and both are forgotten or maligned by the modern American historical profession.

Historians generally consider Tyler’s presidency to be an abject failure while Upshur receives mention only in regard to his tragic death and his defense of slavery. Philosophically, however, their brand of States’ Rights Whiggery helped form the backbone of the American political tradition.


More @ The Abbeville Institute
Posted by Brock Townsend at Saturday, June 15, 2019 No comments:

“Each Side Knew Human Bondage”


At the time of Columbus’s exploration in 1492, slavery in West Africa was common. The dominant Songhay, Ghana and Mali empires waged war against each other, enslaved those captured, and exacted slave tributes from their weaker neighbors. When the first Europeans ventured down Africa’s western coast, they found these tribes of substantial military power who were not to be threatened.
www.Circa1865.org   The Great American Political Divide

“Each Side Knew Human Bondage”

“The Africans, like other people throughout the world, had practiced slavery since prehistoric times. They took prisoners of war and forced them into domestic service, as they did to their criminals. A Dutchman describing Guinea in the sixteenth century wrote:

“The Kings of the Townes have many Slaves, which they buy and sell, and get much by them; and to be briefe, in those Countries there are men to be hired to worke or goe of any errand for money, but such as are Slaves and Captives, which are to spend their days in Slaverie.”

In Dahomey, one of the kingdoms, the ruler owned plantations run by overseers, who were expected to derive the maximum return from the estates. The slave laborers were inhumanly driven . . . a group of people known as the Nupe conquered and enslaved the more primitive tribes of northern Nigeria and set them to agricultural labor. The Ashanti used slaves in systematic agriculture and imposed a tribute of 2,000 slaves annually on one defeated tribe.

In Africa’s medieval states people conquered in wartime were treated as the feudal vassals had been. Historian Basil Davidson points out: “In the Songhay region of the fifteenth century along the Middle Niger, “slaves” from the non-Muslim peoples of the forest verge were extensively used in agriculture . . . “

A follower of the great Songhay ruler Askia Muhammud, [African scholar Mahmud] Kati wrote that when the emperor took the throne in 1493, he inherited 24 tribes of vassals. As time passed, the difference in status between the free man and the “slave” became less clear . . . [with] the decisive factor [being] the widening gap between the nobility and the rest of the people. All were subjected to the rulers to feudal arrangements by mutual duties and obligations. It was a system that varied from place to place . . . but it was essentially a tribal feudalism, and in some parts of Africa it still persists.

From their coastal forts . . . the Europeans conducted peaceful trade with the Africans. Each side had goods that the other wanted. Each side knew human bondage. The medieval Europeans sold slaves even of their own faith or nation, as did the Africans. Neither continent was a stranger to the slave trade. Both sides had long accepted it, and both sides joined in practicing it.”

Democracy vs. Aristocracy in Virginia in 1830 There is in some of our libraries a certain book which the writer of this article ventures to believe is not gener­ally as familiar as it should be to the student of politics. For himself, he chanced one day, several years ago, to blow the dust from off its time-worn binding and nine hun­dred dreary-looking pages of fine print, to read it through with zeal, and he opens it with interest to-day. It depicts the critical moment of the fierce struggle which was waged between the democratic and aristocratic forces of Virginia two generations ago; but the principles involved in that struggle belonged to no one State then, concern us to-day, and will concern generations to come.


More @ The Abbeville Institute
Posted by Brock Townsend at Saturday, June 15, 2019 No comments:

Andy Ngo ✔ @MrAndyNgo
Right after Donald Trump’s election, the SPLC really stoked panic. A pro-gay Episcopal church in Indiana was vandalized w/“Heil Trump,” a swastika, & an anti-gay slur. Turns out it was the gay organ player who did it. He was only charged w/a misdemeanor. https://www.indystar.com/story/news/2016/11/13/indiana-church-vandalized-slurs/93772448/ …

“For Pride month, I assembled in one place some of the most prominent confirmed and alleged hate crime hoaxes involving LGBT+ identified people in recent years. A news source is provided for every anecdote,” he tweeted. (If you don’t already, you should follow @MrAndyNgo on Twitter.

***THIS VEHICLE HAS BEEN CONSIGNED TO THE UPCOMING BARRETT JACKSON NORTHEAST AUTO AUCTION BEING HELD AT MOHEGAN SUN IN UNCASVILLE, CT JUNE 26-29. THIS VEHICLE WILL BE SELLING AT "NO RESERVE" ON SATURDAY JUNE 29TH. LOT #704***

This magnificent 1965 Ford Mustang Fastback Custom AKA: “Toxic” is a true masterpiece. It was restored by Buckeye Classic Car Restoration with extreme attention to detail with many custom upgrades throughout. It was completed in 2017 and only driven 60 test miles since completion. It has achieved multiple prestigious awards from 2017-2018 that include Armstrong Street Scene – Grand Champion Car, Auto Rama Summit Racing I-X Piston Powered – 1st place in class, MCACN Platinum Pick Judges Choice – Ford Modified and MCACN Blue Ribbon Award – Best Restomod scoring 993 out of 1000 points. All the awards are included with the car. 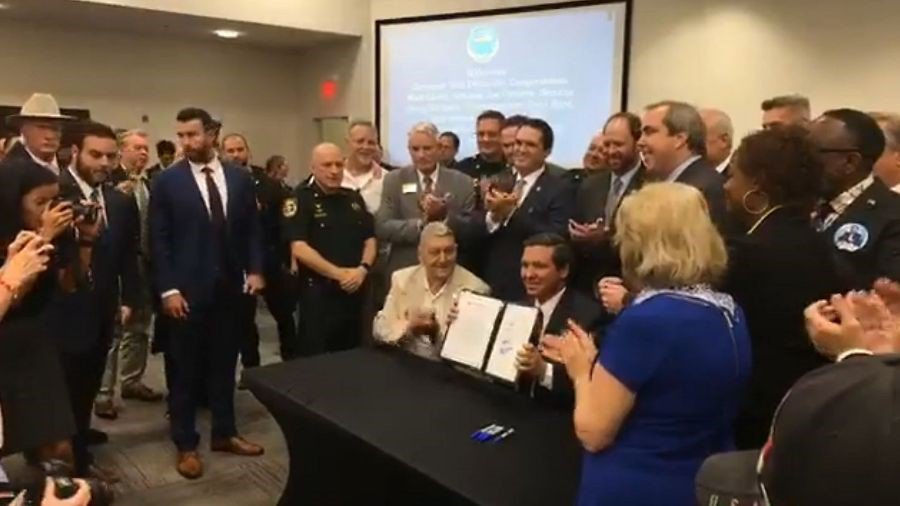 Florida Gov. Ron DeSantis signed legislation Friday that bans “sanctuary cities” in the state, fulfilling a pledge he made while on the campaign trail.

DeSantis — in a ceremony at the Okaloosa County Commission chambers alongside Florida GOP Rep. Matt Gaetz — added his signature to SB 168.

The bill requires state and local governments to honor retainers made by Immigration and Customs Enforcement and to cooperate with federal immigration authorities. 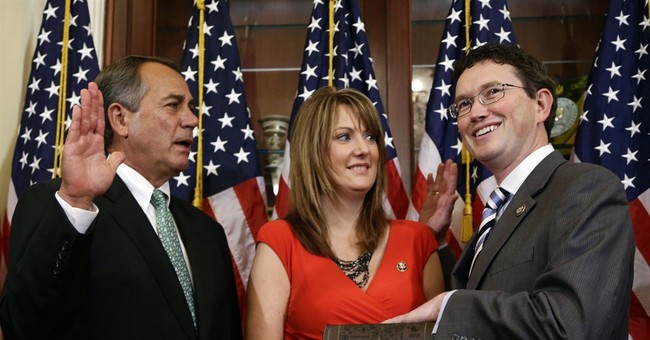 “The only thing gun-free zones do is disarm law-abiding citizens and take away their ability to protect themselves and others.

Those longing for limited government will sympathize with Rep. Thomas Massie’s (R-KY) sentiment that “we need more pieces of legislation that repeal laws.”

The Kentucky Congressman has reintroduced the “Safe Students Act,” which would repeal the Gun-Free School Zones Act originally passed in 1990 but then amended years later in 1996 after the Supreme Court ruled it unconstitutional.

“The act has long restricted gun possession within 1,000 feet of a school campus,” according to Guns.com.