Posted by Brock Townsend at Saturday, November 30, 2013 No comments:

NC: How 'Bout You

Posted by Brock Townsend at Saturday, November 30, 2013 No comments:

U.S. could be drawn into regional conflict through pact

The sorties came after both Japan and South Korea sent fighters into the area to challenge China’s exclusive claim to the uninhabited islands.

Chinese Air Force Col. Shen Jinke claims his nation’s flights are routine and a “defensive measure and in line with international common practices.”

The islands located about 250 miles east of the Chinese mainland have been a point of contention over the past year, because Japan and China, along with Taiwan and South Korea, all express claims to them.

“This is a way of China declaring military domination over the islands without officially taking them over. By saying it is an air defense zone, China is trying to dominate the airspace. It’s basically saying, ‘These are ours and if your aircraft trespass, we have the right to shoot them down,’” Mauro said. 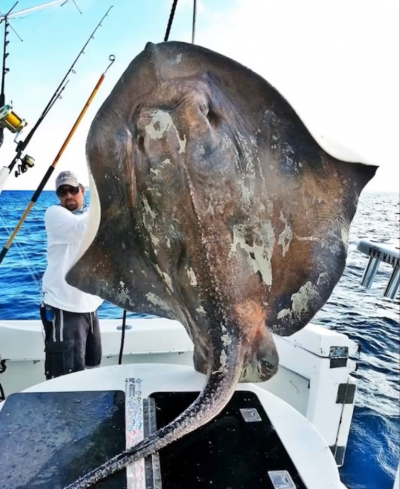 Captain Mark Quartiano earned his nickname “Mark the Shark” from years of experience fishing off the coast of Florida, but even he was stunned by his monstrous catch on Saturday. According to CBS Miami, Quartiano hooked the large creature while filming for a series of fishing shows in Miami waters. He identified the stingray as a member of the Dactylobatus clarkii species, relatives of the shark and commonly known as fingerskates or hookskates.

“I’ve caught one like it before, but never that size, not in the last 30 years I’ve been doing this,” Quartiano told ABC News. “It’s a very rare fish. It’s like a big gigantic whipping stingray. It’s a dinosaur.”


More @ Out Door Hub
Posted by Brock Townsend at Saturday, November 30, 2013 No comments:

A British man says he threw out a hard drive that had 7,500 bitcoins on it, worth over $7.5 million as of Wednesday.

James Howells of Wales purchased the suddenly skyrocketing Internet currency for almost nothing back in 2009.

He says he likely threw out the hard drive sometime over the summer, and only recently remembered what was on it.

“You know when you put something in the [trash], and in your head, say to yourself ‘that’s a bad idea’? I really did have that,” Howells, who works in IT, told the Guardian.

A few months after Bitcoin’s launch, Howells created a computer program to “mine” the digital currency.


The "knockout game" -- and the media underreporting of it -- combines the breakdown of the family with the media's condescending determination to serve as a public relations bureau for blacks.

The "game" is a dare in which a young man -- all the perps appear to be male people of color, mostly blacks -- tries to literally knock out an innocent bystander with one blow.

Both National Public Radio and The New York Times say these reports of the "knockout game" being widespread are overblown and do not represent a trend.