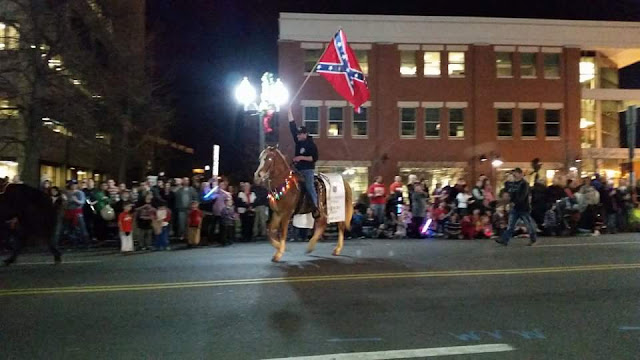 Last week, we reported that the NAACP in Roanoke, Virginia, working with City Council members, had attempted to have the Battle Flag banned from the city's Christmas Parade. They were unsuccessful, and the NAACP then called for the local SCV to "compromise" and use another flag. 28th Virginia Infantry SCV Camp #491 Commander Mark Craig refused and the call went out for supporters to turn out and line the parade route.


Russian media is not too concerned with political correctness. 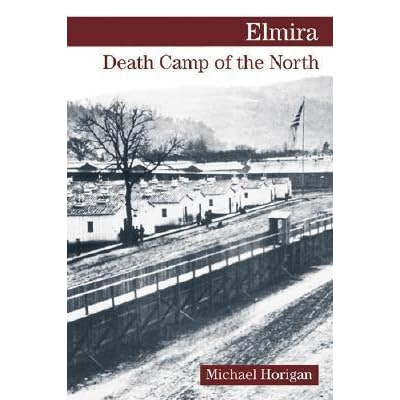 The excerpt below was related from Camp Morton, a Northern prison. The prison camps of the North attained a higher mortality rate than the prison camps of the South — despite being surrounded by plentiful food sources and medical supplies. Evidence abounds of intentional maltreatment and starvation as the cause.
Bernhard Thuersam, www.Circa1865.com   The Great American Political Divide

“The legislators of Indiana and Governor Morton, with their wives and daughters, went on a visit of inspection to the prisoners in Camp Morton in 1864. The Confederates were called out for dress parade and were made to look as well as possible. This distinguished body rode in fine carriages. One lady had her carriage stopped about ten feet from the line. Opening the side door of the carriage and pushing her head out, she asked: “Why do you Rebel soldiers dress so poorly?”

She ordered the carriage to move on.”

Hundreds of asylum-seekers entering Norway were discovered to have images of ‘executions’ and ‘severed heads’ on their mobile phones.

The revelation comes amid heightened fears that ISIS is exploiting the migrant crisis to smuggle fighters into Europe, following last month’s attacks in Paris.

Obama has been catering to Muslims for years now, and it appears that he is about to do so once again…

Despite all the handouts they are being given by the president, Muslims want even MORE! Now, a Muslim petition has gone viral demanding that the Islamic celebration of Eid al-Fitr be recognized as a national holiday in September. According to Mad World News, the petition has garnered over 127,000 signatures, and that number is climbing fast.

Eid al-Fitr marks the end of Ramadan, which is the Muslim fasting holiday, and Islamists across the country are now trying to force the celebration down Americans’ throats. 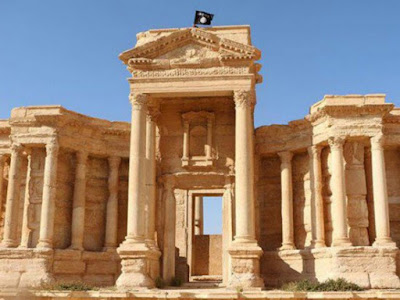 As popular as their 1934 headline: “Why it’s time to surrender our Jews to the ovens to secure peace in our time”

Swedish officials are in a state of panic after dozens of citizens received an ISIS threat to convert or die.

ISIS offered Swedish citizens to convert to Islam, pay the jizya or decapitation.

The citizens were told they had three days to make their decision.

Islam declared war on unarmed civilians. It is the Muslim way, after all. What should we do? Despite their heartfelt desire, Police and Sheriff’s Deputies cannot be everywhere to protect us. Law enforcement does their best, but we simply need to protect ourselves. Armed citizens stopped mass murder… and no one noticed.

President Obama wants us disarmed. Obama is wrong. Ordinary citizens like us are the secret weapon in the defense against terrorism and mass violence. The average man or woman in the United States can be armed and effective. We have proof. Here are examples where armed civilians stopped mass murders in ordinary settings. 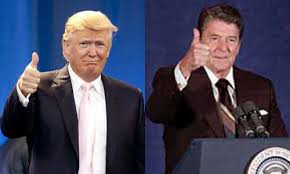 According to the two latest national polls, conducted as the furor over Trump’s call for a temporary
moratorium on Muslim migration reached a fever pitch, the real estate magnate leads the Republican field by either 23 or 27 points. Tuesday’s Washington Post/ABC News poll has Trump with more than double the support of the second place finisher, Ted Cruz. Indeed, Trump’s lead over his primary opponents, this late in the game, is larger than both Ronald Reagan’s was in 1980, and George H. W Bush’s was in 1988.

From The Land of OZ: College Student Suspended for 6 Months for Saying Black Women “Not Hot”

Thaddeus Pryor was suspended for six months after saying black women are not hot on YikYak. The offensive comment was posted on a night where the Yik Yak conversation on campus was centered around the #BlackLivesMatter mob movement.

Pryor made the comments after crass comments were posted about white students calling them “dirty hippies with small dicks” who are “always f*cking their cousins.”

Of course, the anti-white comments were ignored by the college officials.

On December 8, 2012, almost a century after the first “Old Slaves’ Reunion” hosted by Charles Hunter, about 250 people gathered in Monroe, North Carolina, to dedicate a monument to ten black men who assisted the Confederate Army. Located on the grounds of the county courthouse, the granite marker stands in front of Union County’s century-old Confederate monument. Speakers at the dedication included members of the Sons of Confederate Veterans, the Military Order of the Stars and Bars, the Order of the Confederate Rose, the Order of the Black Rose, and Children of the Confederacy. Also in the crowd was Mattie Rice, the 90-year-old daughter of one of the men memorialized on the marker. Born in the 1920s when her father was elderly, Rice is one of the last remaining direct descendants of a former slave alive today.10

Although African Americans lobbied strenuously against any national monument to “mammies,” some African Americans sought to exploit whites’ professed affection for “faithful slaves” and “mammies” to advance black freedom and improve race relations. In North Carolina, Charles N. Hunter (1852-1931) was a tireless champion of black educational opportunities and economic progress even while he also promoted an annual ceremony to commemorate the faithful service of former slaves to their masters.

Born a slave, Hunter was the son of a slave artisan and the property of William Dallas Haywood, a member of a prominent Raleigh family. Hunter’s first job was with the Freedmen’s Savings and Trust in Raleigh. After that venture failed in 1874, he began teaching, a profession with which he was associated for the rest of his life. Over the years he taught in schools across the state, and from 1910 to 1918 he served as principal of the Berry O’Kelly School, a black high school on the outskirts of Raleigh. During his tenure, the Baltimore Manufacturer’s Record acclaimed the school as the “finest and most practical rural training school in the entire South.”7

The “Faithful Slaves” monument in Mebane (see first installment of this essay) is just one example of the regional, even national, enthusiasm for commemorating “mammies” and “faithful slaves.” Perhaps the most striking manifestation of this impulse was a decades-long campaign to erect a monument to black “mammies” in Washington D. C. As early as 1904, members of the United Daughters of the Confederacy (UDC) began campaigning for a memorial to “faithful slaves,” and Southern congressmen took up the cause, unsuccessfully seeking federal funding for a monument in 1907 and 1912.2

A milestone in the UDC’s campaign to commemorate both the Confederacy and “faithful slaves” was the erection of the Confederate Monument in Arlington National Cemetery in 1914. Sculpted by Moses Jacob Ezekiel, a Confederate veteran and prominent sculptor, the imposing monument includes thirty-two life-sized reliefs, including a frieze depicting a loyal black slave accompanying his Confederate master into battle and another that portrays a departing Confederate soldier bidding farewell to his children, who cluster around an “old Negro mammy.” According to Hilary A. Herbert, who wrote a history of the monument in 1914, the monument depicted “the kindly relations that existed all over the South between the master and the slave – a story that can not be too often repeated to generations in which “Uncle Tom’s Cabin” survives and is still manufacturing false ideas as to the South and slavery in the ‘fifties.’ The astonishing fidelity of the slaves everywhere during the war to the wives and children of those who were absent in the army was convincing proof of the kindly relations between master and slave in the old South.”3 
During the late nineteenth and early twentieth centuries, white Southerners engaged in a frenzy of commemoration and monument building. In addition to honoring Confederate soldiers and the Lost Cause, they also sought to commemorate African American "mammies" and "faithful slaves." Anxious to refute any suggestion that slavery had required the dehumanization of African Americans, white Southerners recalled their enslaved caretakers as willing "servants" who had been content, even grateful, for their lot in life.

These commemorative gestures, which only hinted at the complex relationship that existed between slaveholders and slaves, served to legitimize white privilege and inform blacks of their "proper" place during the Jim Crow era. Simultaneously, some African Americans exploited the image of the "faithful slave" by pointedly reminding whites who railed against black criminality and fecklessness that blacks had been trustworthy in the past and, in fact, remained so. Even today, recent efforts to commemorate so-called "Black Confederates," or slaves who allegedly fought on behalf of the Confederacy, demonstrate the continuing contests over acknowledging the historical complexities of American slavery.

Hasan Edmonds, from Illinois, were arrested for trying to join ISIS in March.
Army National Guard Spc. Hasan Edmonds, 22, was arrested at Chicago Midway International Airport Wednesday night while he was attempting to fly to Cairo. His cousin Jonas Edmonds was also arrested.


Court records from suburban Atlanta show that Jonas Edmonds was charged along with two others in the 2004 armed robbery of a McDonald’s restaurant. He pleaded guilty in 2005 and was sentenced to 15 years in prison. Records show he was released in June 2010.

Today Hasan Edmonds pleaded guilty to conspiring with his cousin to join ISIS.


More @ The Gateway Pundit
Posted by Brock Townsend at Tuesday, December 15, 2015 No comments: