10 Reasons To Grow Lemongrass No Matter Where You Live Lemongrass is a key ingredient in plenty of Asian cuisines and as you will discover as you read on, it is also useful in a wide range of other ways.

But if you do not live in a tropical or subtropical climate zone, you might be forgiven for imagining that this is not a plant that you can grow where you live.

You might be surprised to learn that you can grow it in your garden, and can even grow it in a cool temperate climate as long as you bring it indoors or undercover during the winter months.

The key to success, if you live anywhere colder than zone 9a, is to grow it in containers. 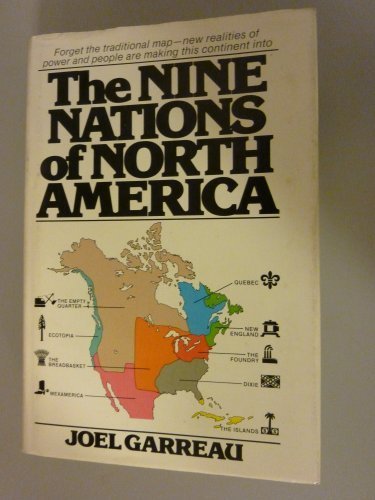 A serial review of books numbering the States after a dissolution of the Union.

A review of Around the Cragged Hill: A Personal and Political Philosophy (W.W. Norton, 1993) by George F. Kennan and The Nine Nations of North America (Houghton Mifflin, 1981) by Joel Garreau.

Although his suggestion that the United States might be better off breaking into 12 parts is detailed on only three pages (pages149-151), which conclude with his own assessment that its realization is largely a “pipe dream,” it is clear that Kennan wrote in earnest, taking up another side of the argument in three more pages of his epilogue (pp253-255). There, his previous demurral is put aside with the observation that the political difficulty of the “pipe dream” does not detract from its rightness: in politics, as in science, thoughts do not necessarily have to have a visible immediate utility in order to have value. (p254)

“Every time there’s a shooting, we play this ridiculous theater … Democrats propose taking away guns from law-abiding citizens … it makes it worse.”pic.twitter.com/yXUHsj6qG0

The Recount quoted Cruz saying, “Every time there’s a shooting, we play this ridiculous theater … Democrats propose taking away guns from law-abiding citizens … it makes it worse.” 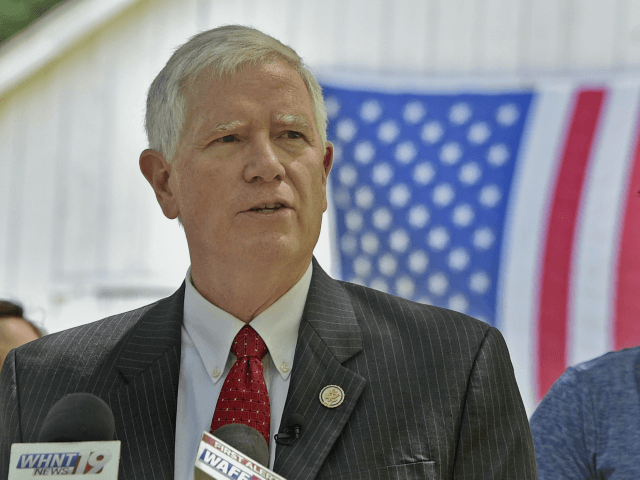 “What the socialists want to do is …  push amnesty through the United States Congress, their argument being that that somehow fixes the problem,” Brooks said. “Any rational person knows that just makes it worse. It was the 1986 amnesty with Ronald Reagan and the Democrats where they promised to provide border security. That amnesty told the world, ‘Hey, break into the United States of America. We’re not going to enforce our laws.'”

‘If you locked down, if you destroyed your state; if you destroyed your economy, and you failed to stop COVID as well, you’re going to get a windfall.’ Some of these lockdown states are getting an extra billion, two billion, three billion dollars, so it’s effectively a transfer of money from states like Florida and Georgia to states like New York, Illinois, and California. It stinks to high heaven.”

“If you think about it, restricting the right of Americans to travel freely throughout our country while allowing illegal aliens to pour across the southern border unmolested would be a ridiculous, but very damaging farce.

‘The Rise of Second Amendment Sanctuary Cities’ ~ you can count Sheriff Tripp Kester of Davidson County, NC, in, he will not 'enforce an unconstitutional law’ targeting gun rights. #2A pic.twitter.com/TFnJBuoxbi

Westmoreland County Pennsylvania commissioners are expected to approve a resolution supporting gun rights this week. Commissioners will declare it a “Second Amendment Sanctuary County.” Similar measures are being taken by Red state lawmakers across the country in preparation for any new gun control legislation moving through Congress.

Patriots standing up for gun rights

“We want to protect our ability to own rifles and high-capacity magazines,” Commissioner Sean Kertes said. “Our powers are limited, but we want the public to know we are standing with them.”

Via Dương Ngọc My “Police have identified the suspect in the Boulder, Colo., shooting as Ahmad Alissa,” the New York Daily News reported. “The 21-year-old is charged with 10 counts of murder in the first degree in connection with the Monday afternoon shooting at the King Sooper supermarket, police said Tuesday at a press conference.”

Reports, which haven’t been confirmed, also surfaced that the Biden administration has been briefed on potential ISIS sympathies.

2022: Republicans are poised to retake the House due to redistricting alone. 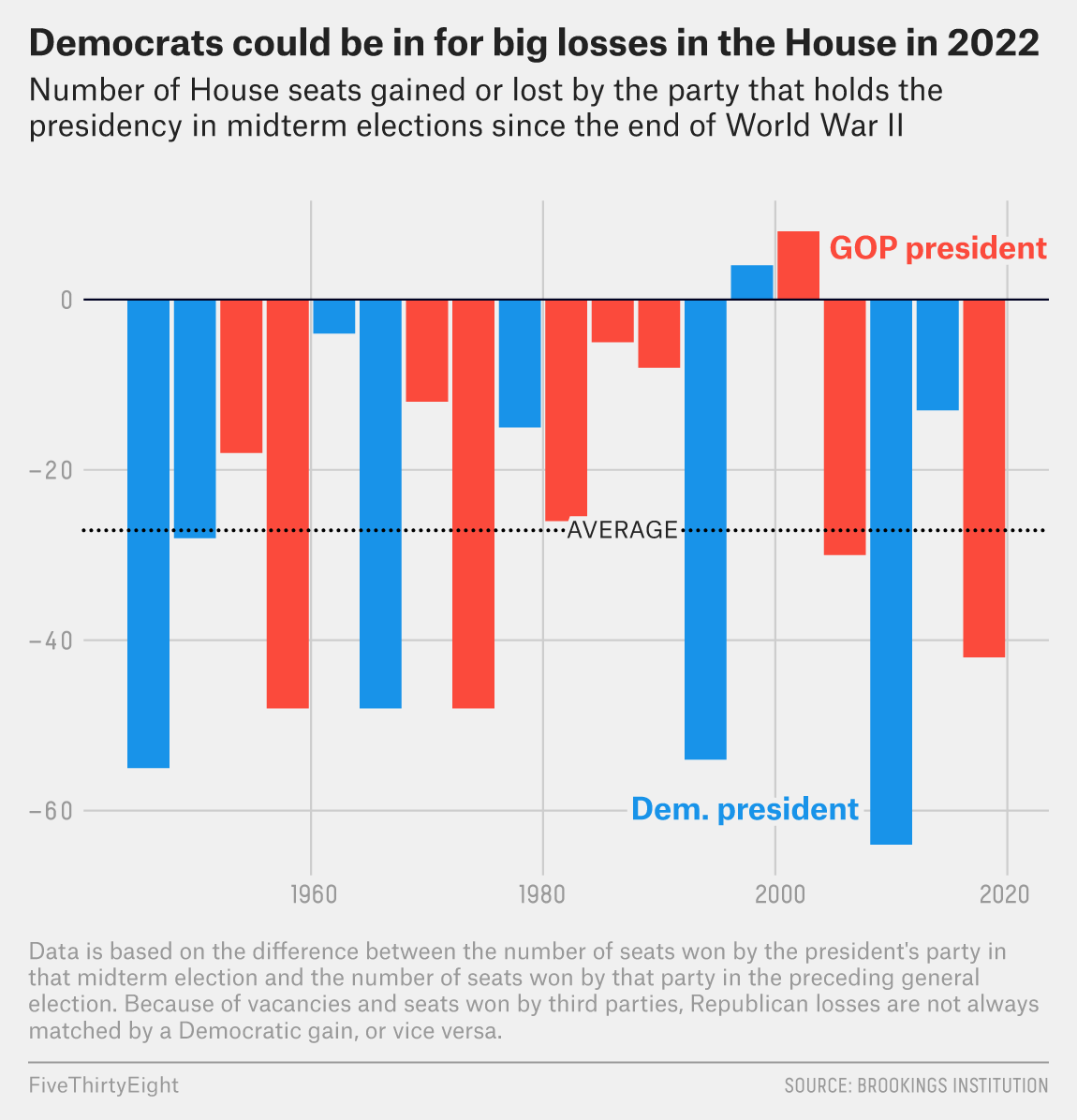 While the last election is still fresh in the minds of most Americans, the next one is going to become an issue a lot sooner than most people think.

Republicans are poised to retake the House due to redistricting alone. That and the historical fact that the first midterm for a newly minted president is almost always a bloodbath has Democrats dreading what looks to be coming. That’s why you see such a push to get rid of the filibuster now. Democrats know they are on borrowed time, and they want to push through what they can now.

Comment on Why Is Biden Creating His Own Crises?

Why Is Biden Creating His Own Crises?

Biden isn't doing jack shiite...except maybe leaving brown stains in his tighty whiteys. He is the quintessential puppet. But his handlers ARE constantly stirring the pot creating crisis after crisis.....because doing so serves their needs. One "emergency" after another keeps their intended victims preoccupied and distracted. The sheeple are far less likely to pay attention to the lefts ongoing criminal campaign if they are too busy being afraid. Plus the constant string of "emergencies" provides the excuse the left uses to justify their willful violation of laws and the Constitution. This isn't rocket science. Figuring out what they are doing and why isn't that hard. The problem is the majority of voters aren't rocket scientists...most in fact don't even understand the phrase "rocket science". 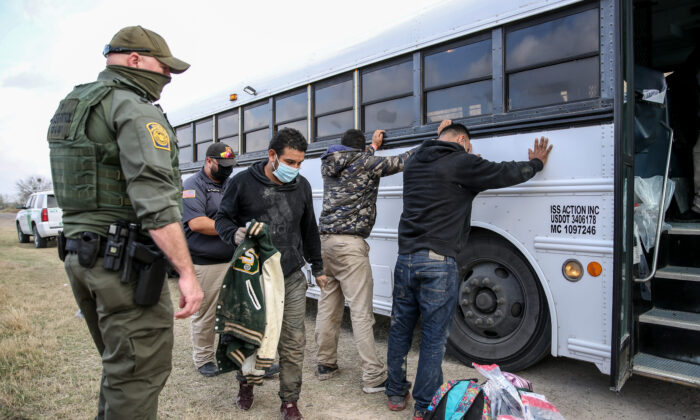 As Americans start to receive the latest round of stimulus checks, a new analysis reveals that about $4.38 billion will also go to illegal immigrants.