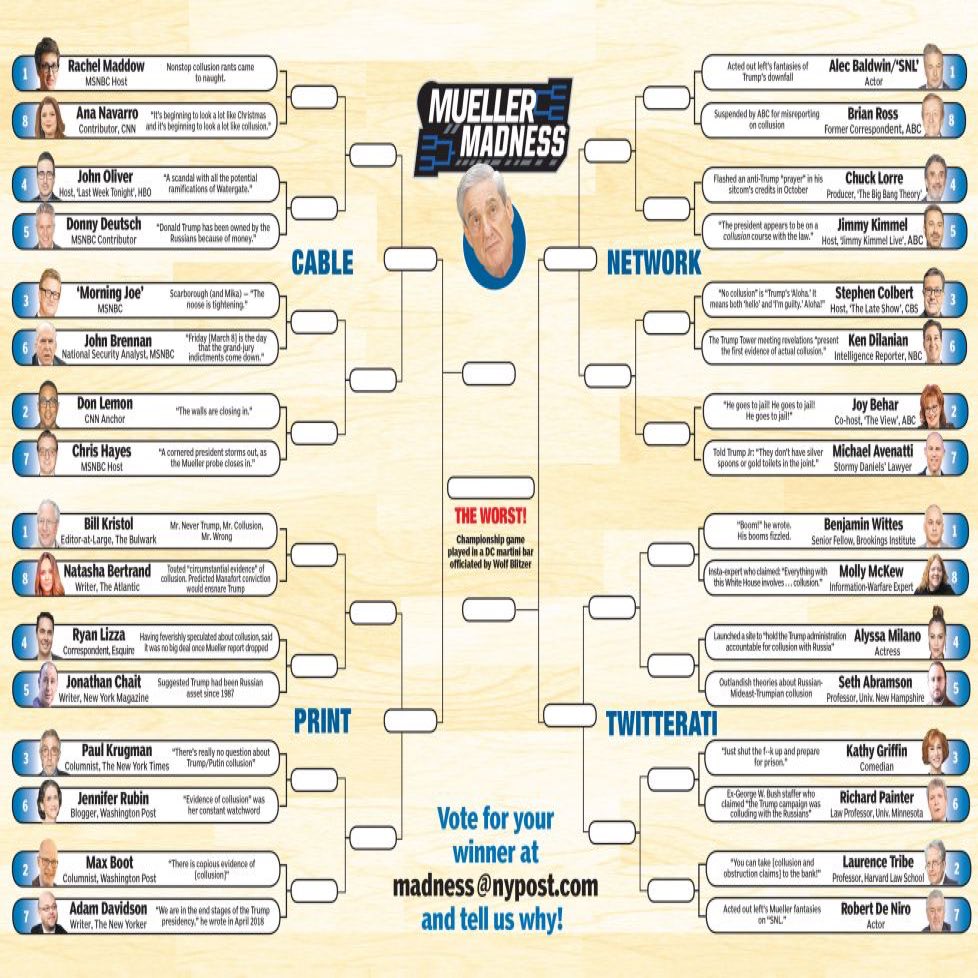 The Russians Have Landed Planes Full Of Troops, Military Advisers In Venezuela

Two Russian Air Force planes carrying around 100 members of the Russian military and a handful of strategic advisers landed in Caracas, Venezuela, Saturday, in a shockingly overt demonstration of support from Vladimir Putin's government for embattled socialist president Nicolas Maduro.


More @ The Daily Wire
Posted by Brock Townsend at Monday, March 25, 2019 2 comments: Links to this post

WSJ Columnist: This Is What's Being Glossed Over In The Mueller Report On Russian Collusion

Kimberley Strassel
✔
@KimStrassel
1) On the #NoCollusion findings of Mueller's report. It's worth recognizing that this is more than an exoneration. It's a searing indictment of the FBI.

Special Counsel Robert Mueller has submitted his report. The two-year long investigation is over. Over 2,000 subpoenas were issued, 500 witnesses interviewed, and after all that, there is no evidence President Trump, his campaign staff, or the Kremlin colluded to tilt the 2016 election. Half the country knew that, while the other half chose to remain drooling vegetables on this issue. There was no collusion. On obstruction of justice, another moronic Democratic obsession, Attorney General William Barr and Deputy Attorney General Rod Rosenstein didn’t see enough evidence to suggest this took place. Maybe…that’s because if this did happen—and I think it didn’t—then Trump did a bad job. He allowed over 2,000 subpoenas and hundreds of witnesses be interviewed by partisan Democratic staffers on Mueller’s staff. Yet, this gives even more weight and credibility to the report, which is why I never liked the bashing of the Mueller probe based on that point. If you were confident that the Russian collusion hysterics were a wild goose chase, then you would want the most anti-Trump people on Mueller’s staff because when that report drops confirming what you had a hunch on, then there’s no ‘well, he or she used to work for Republicans’ talking point bubbling up.


More @ Townhall
Posted by Brock Townsend at Monday, March 25, 2019 No comments: Links to this post Liberals and the anti-Trump crowd in general are having an extremely bad day.

First, the much-anticipated report by Special Counsel Robert Mueller finally dropped, but it is about the exact opposite of what Democrats hoped for. While many on the left pinned their hopes of impeaching President Trump on that report, it turns out that there was no collusion between the president and Russia.

That put liberals into a foul mood on Monday, but their headaches were just starting. Now anti-Trump attack dog Michael Avenatti has been arrested on serious charges of fraud and extortion — and even more liberal names are being linked to his downfall.

WATCH: Lindsey Graham Blasts Lack Of Investigation Into Dems: 'Those Days Are Over'

On Monday, Senator Lindsey Graham held a press conference to discuss the results of the Mueller investigation into alleged collusion between the 2016 Trump campaign and Russia, and Graham was clear that he was through with the Democrats and the intelligence community going unscathed despite possible evidence of wrongdoing, blasting, “When it comes to the FISA warrant, the Clinton campaign, the counter-intelligence investigation, it’s pretty much been swept under the rug except by a few Republicans in the House. Those days are over.”


More @ The Daily Wire
Posted by Brock Townsend at Monday, March 25, 2019 4 comments: Links to this post 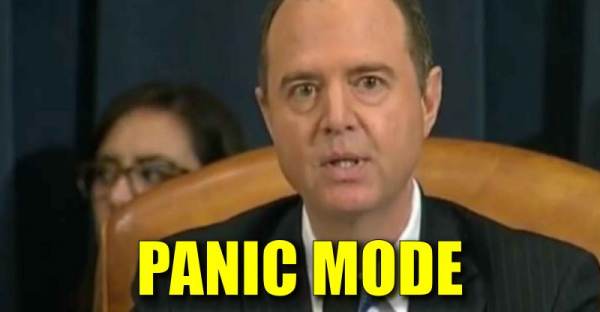 House Minority Leader Kevin McCarthy on Monday (R-CA) called on Rep. Adam Schiff (D-CA) ― who has continually advanced the hoax claim that President Donald Trump conspired with Russia’s government ― to resign as Chairman of the House Intelligence Committee after special counsel Robert Mueller’s investigation concluded there was no proof of any Trump campaign collusion.

“[Schiff] owes the American public an apology,” McCarthy told Politico. “Schiff has met the standard that he has imposed on other members of Congress of when they should step back from their positions. He has exceeded that standard, and there is no question he should step down from the Intel chairmanship.” 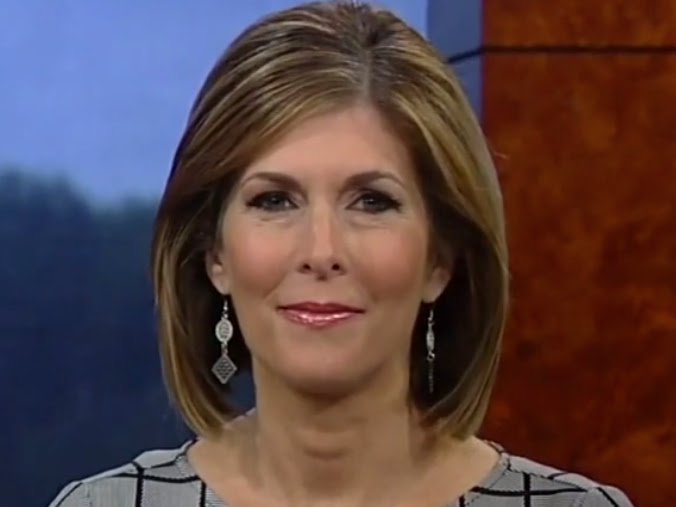 With the conclusions of special counsel Robert Mueller’s probe now known to a significant degree, it seems apologies are in order.

However, judging by the recent past, apologies are not likely forthcoming from the responsible parties.

In this context, it matters not whether one is a supporter or a critic of President Trump.

Whatever his supposed flaws, the rampant accusations and speculation that shrouded Trump’s presidency, even before it began, ultimately have proven unfounded. Just as Trump said all along

What can we conclude from the utter and total failure of the Russiagate “investigation” to find any evidence of “Russian collusion”?

We can conclude that it was a hoax cooked up by an utterly corrupt and immoral military/security complex determined to protect its $1,000 billion annual budget and the power that goes with it from the loss of its Russian enemy to normalized relations.

We can conclude that Hillary’s DNC was partner to this crime and that scum like Jarrold Nadler and Adam Schiff have destroyed the reputation and credibility of the Democratic Party. 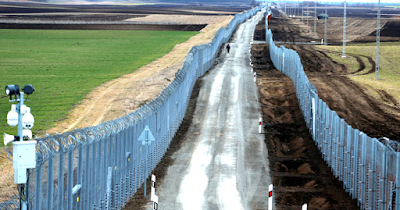 Skeptics who believe a border wall will not stop illegals from entering the United States may want to look at what’s happening in Hungary.

On the day its border fence was completed, the influx of illegals entering Hungary went down from 6,353 per day to 870 the next.  For the remainder of that month, illegal border crossings were steadily below 40 per day, officials said.

“They don't even try,” a local border guard told The Daily Caller News Foundation.  “We haven't had a single Muslim migrant in six months.”

Prime Minister Viktor Orban’s pledge to stop illegals from flowing into the country appears to be a spectacular success.

Hungary’s 96-mile long, 14-foot tall double-line fence includes several layers of razor-wire capable of delivering electric shocks.  The barrier features cameras, heat sensors and loudspeakers ready to tell migrants they're about to break Hungarian law if they as much as touch the fence, the DC report said.

Nearly every police officer in Hungary is part of a rotation to monitor the border fence  at all times.  Temporary military bases house the police while they do their rotation.

Additionally, Hungary will train and pay more than 1,000 volunteers to deploy as “border hunters”.

Illegals who are caught are arrested and dropped off on the Serbian side of the fence.  They don't get a chance to apply for asylum unless they do so at a “transit zone” where they are held in housing containers while their cases get processed, the report said.

In September 2016, thousands of migrants streamed across the border every day as they made their way north to Austria, Germany and Scandinavia.

“It was an invasion,” Laszlo Toroczkai, the mayor of Asotthalom, told the Daily Caller.  “Illegal immigration is a crime in a normal country.  It’s not a normal thing to break into a country.”

“By mid-year it was well beyond 100,000 people who came across,” said Zoltan Kovacs, a spokesman for the Hungarian government.

“You should at least have the ability to handle what’s going on.” Kovacs added: “You might not like it, it’s not a nice thing, but … the only way to stop illegal border crossings is [to] first build a fence, man it, equip it, and also, in parallel, build up your capabilities in terms of legal confines, legal circumstances to be able to handle what is coming.”

It’s no surprise the mainstream U.S. media refuses to report this story to the American public.  Can you imagine how support for a Southern border wall would spike?
Posted by Brock Townsend at Monday, March 25, 2019 2 comments: Links to this post