“TDOT does not plant foliage on its right-of-way with the sole intention of blocking items on private property based on what might be offensive to some and not to others.”

She told me that her Southern pride was instilled into her from the time she was a little girl, growing up in Louisiana, explaining that she listened as her great-grandmother, Artilla White, told her many family stories. Barnum said that back in those days, they did not send older family members off to the “old folks home.”

As a young girl, Barnum knew that her family “did not like the North,” as they told stories of how the Union army had burned up the land, raping the women, and leaving many, black and white, homeless. Her ancestor, Richard Stills, she told me, was a Confederate soldier.

“The NAACP needs to stop the race-baiting,” Barnum told me. If the organization does not stop, she fears that we are going to see a “race war” in this country.

Anthony Hervey observed in 2000, “We currently live under a psychological form of reconstruction. Whites are made to feel guilty for sins of their ancestors, and blacks are made to feel downtrodden.... The political correctness of today is killing the pride of the people.”

Retired general and former Democratic presidential candidate Wesley Clark has caused a stir with an interview with MSNBC in which he appeared to call for the establishment of World War II-style internment camps to be revived for “disloyal Americans.” Clark used the infamous American internment camps for Japanese, German, and Italian Americans as a model: “if someone supported Nazi Germany at the expense of the United States, we didn’t say that was freedom of speech, we put him in a camp, they were prisoners of war.”


Clark offered little insight into how he would designate certain people as disloyal for purposes of internment. He simply said “If these people are radicalized and they don’t support the United States and they are disloyal to the United States as a matter of principle, fine. It’s their right and it’s our right and obligation to segregate them from the normal community for the duration of the conflict.”

As Amazon works to purge its online shopping site of all things Confederate flag, it seems a nonfiction historical book has gotten caught in the crossfire.

Michael Dreese is a Pennsylvanian author who writes nonfiction, historical books predicated on the Battle of Gettysburg. Among his books include one about the Union battle flag and one about the Confederate battle flag, the latter of which seems to have been deemed inappropriate by Amazon.

Via comment by Anonymous on Summertime by 13 Year Old Abby Ward "Speaking of "beach music" tunes. Having spent way too much of my youth in places like "The Cat's Eye" and "The Jolly Knave", I thought I knew the genre pretty well until about 10 years ago I heard this song, amazingly for the first time. It's now my favorite song in several categories. I imagine you know it but
it's pretty obscure.

Thanks and I remember this clear as a bell. I was driving my blue '67 Bluebird on the streets of Saigon one morning in 1969, that and Crystal Blue Persuasion.


On Leave Between Tours

McCain and the POW cover-up

He and Kerry, two peas in a pod.

Sydney H. Schanberg won the Pulitzer Prize in 1975 for international reporting “at great risk” from Vietnam and Cambodia. After the war he served as city editor of the New York Times. The Academy Award-winning film “The Killing Fields” was based on his book “The Death and Life of Dith Pran.”

Schanberg was a journalist for 50 years.

This is an expanded version of a story that appeared in the Oct. 6, 2008, issue of The Nation.

Research support was provided by the Investigative Fund of The Nation Institute.

The Nation – John McCain, who has risen to political prominence on his image as a Vietnam POW war hero, has, inexplicably, worked very hard to hide from the public stunning information about American prisoners in Vietnam who, unlike him, didn’t return home. Throughout his Senate career, McCain has quietly sponsored and pushed into federal law a set of prohibitions that keep the most revealing information about these men buried as classified documents. Thus the war hero who people would logically imagine as a determined crusader for the interests of POWs and their families became instead the strange champion of hiding the evidence and closing the books.

A family from Gaston County, North Carolina, was badly frightened, police say, when they were fired at several times as they drove down the street–all because they had a Confederate flag flying from the back of their vehicle.

On Monday, a father of two who, for obvious reasons, wished to remain anonymous told his shocking story on Charlotte’s ABC affiliate, WSOC TV, insisting that his truck was targeted last Saturday by a group of black men upset over the Confederate flag he was flying from the back of the vehicle.

The ABC reporter said that up to six shots were fired at the truck, with two hitting the vehicle and another going through the window of a nearby home where a young African American woman lives.

Fifteen years after Vladimir Putin first walked into the Kremlin, Russia’s army is bigger, stronger, and better equipped than at any time since the end of the Cold War. Able to call on three quarters of a million frontline troops, The Telegraph reports, with more tanks than any other country on the planet, and the world’s third largest air force, Russia retains much of the brute force associated with a former superpower. But it has also rapidly modernised, spending millions on rearmament and retraining programmes aimed at professionalising the lumbering, conscript-reliant force it inherited from the Soviet Union. The latest effort, as Reuters reports, Putin has ordered the creation of a new reserve armed force as part of steps to improve training and military readiness at a time of international tensions with the West over Ukraine.

As The Telegraph details, 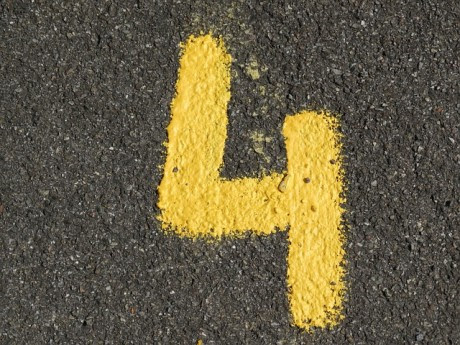 When financial markets crash, they do not do so in a vacuum.  There are always patterns, signs and indicators that tell us that something is about to happen.  In this article, I am going to share with you four patterns that are happening right now that also happened just prior to the great financial crisis of 2008.  These four signs are very strong evidence that a deflationary financial collapse is right around the corner.

Instead of the hyperinflationary crisis that so many have warned about, what we are about to experience is a collapse in asset prices, a massive credit crunch and a brief period of absolutely crippling deflation.  The response by national governments and global central banks to this horrific financial crisis will cause tremendous inflation down the road, but that comes later.  What comes first is a crisis that will initially look a lot like 2008, but will ultimately prove to be much worse.  The following are 4 things that are happening right now that indicate that a deflationary financial collapse is imminent…

In mid-2008, just before the U.S. stock market crashed in the fall, commodities started crashing hard.  Well, now it is happening again.  In fact, the Bloomberg Commodity Index just hit a 13 year low, which means that it is already lower than it was at any point during the last financial crisis…

Dramatic moment a Spitfire lands without any wheels.


This is the nail-biting moment, reminiscent of the Battle of Britain, when a skilled pilot was forced to carry out an emergency landing of his replica Spitfire - without any WHEELS. The aircraft was flying at Sibson Airfield when the worried pilot radioed airfield bosses to say he couldn't release his landing gear. Skydivers jumping at the airfield in Peterborough, Cambridgeshire, were grounded as the brave pilot circled for more than 20 minutes in a bid to frantically burn fuel. Emergency services arrived at the scene just as the stunning one-man plane was carefully flown towards the ground in strong winds by the nervous expert. But amazingly he managed to land the replica fighter plane without ANY landing gear - skillfully skimming the aircraft over the grass on its belly. Relieved onlookers said the propeller fell off when it came to a safe stop, and the relieved pilot was completely unharmed.
Posted by Brock Townsend at Tuesday, July 21, 2015 No comments:

The Navy released John McCain’s military record after a Freedom of Information Act request from the Associated Press. The record is packed with information on McCain’s medals and commendations but little else. The one thing that the McCain campaign does not want to see released is the record of McCain’s antics on board the USS Forestal in 1967. McCain was personally responsible for the deadliest fire in the history of the US Navy. That catastrophe, with 27 dead and over 100 wounded trumps McCain’s record as a prisoner of war in North Vietnam.

WMR has learned additional details regarding the deadly fire aboard the Navy aircraft carrier, the USS Forrestal, on July 19, 1967 in the Gulf of Tonkin. The additional details point to then-Lt. Commander John McCain playing more of a role in triggering the fire and explosions than previously reported.

"I have been advised that my news story and picture are front page news on both major papers in the province of Saskatchewan this morning. This will have a serious impact here, I have not yet seen the article.....I work all day and will tonight. It's apparently being carried by Saskatoon Star Phoenix and Regina Leader Post.

Again, I would hope that what is reported meet with your approval and support. Take care for now."

A Saskatchewan man says he filed a human rights complaint because negative media coverage of the Confederate flag debate is discriminatory and promotes hatred.

Dale Pippin's family is originally from North Carolina, but settled in Canada 110 years ago.

He takes great pride in his Southern U.S. heritage and sometimes displays the Confederate flag on his vehicle, although he's more reluctant to do so given the intense debate about the controversial symbol, he said.

"Racism and hate have been linked to the flag for far too long and it's incorrect," Pippin said in an interview, noting history is filled with "bad instances" when people have linked themselves with other symbols.