Silent Sam Will Return To The UNC Campus

This is great news.

I agree with the decision to place Silent Sam in an indoor building with “state-of-the-art security.” If Silent Sam is restored to its previous location, it will just be vandalized again: 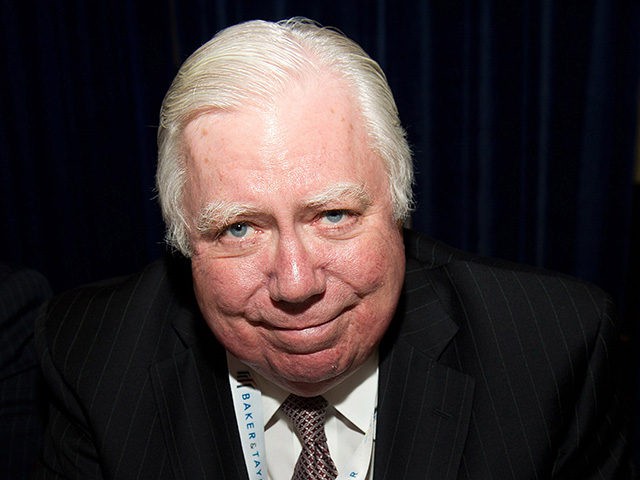 Filed by Freedom Watch founder Larry Klayman, the complaint asks the Justice Department to launch a criminal and ethics investigation into the tactics of Mueller and investigators under him.
The complaint states: “Special Counsel Mueller and his prosecutorial staff should respectfully be removed from his office and their practice of the law and a new Special Counsel appointed who respects and will obey common and accepted norms of professional ethics and the law and who will promptly conclude the so-called Russian collusion investigation which had been illegally and criminally spinning out of control.”

Why Have Seattle’s Police Become Enforcers for the Antifa?

If you aren’t familiar with his work, independent journalist Andy Ngo has made something of a career out of chronicling the outright douchebaggery of the antifa movement and the coziness of the Portland and Seattle governments with that movement. His efforts have discomfited the antifa and irritated politicians. And, along the way, it has given all of us a view of what happens when a governmental entity stops trying to enforce laws equally and decides that supporting a violent and extreme political faction is the way to gain popularity.

Yesterday, a group called the Three Percenters had a permit for a rally in Seattle. They were met by the antifa who didn’t bother to obtain a permit, though the police don’t really seem to care. 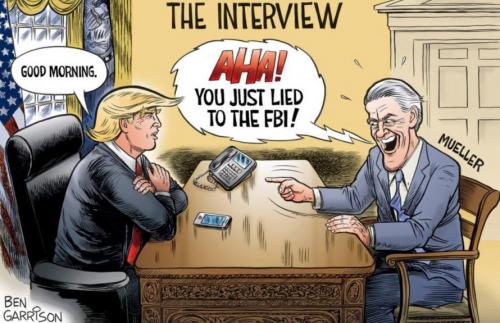 Dropping Paul Manafort as a cooperating witness ruins his credibility as far as anything he told Mueller and any testimony he may be forced to give with respect to that.  The lies Mueller is alleging are almost certainly an exercise of Mueller’s specialty, the “perjury trap” he is trying to set for President Trump.  It must be assumed the Special Counsel has proof of Manafort’s lies.

Manafort’s defense team has been working with the president’s lawyers since the inception of his plea agreement.  The president’s attorney, Rudolph Giuliani, has admitted as much.  Mueller is trying to prove collusion between Trump and Manafort with respect to the written answers the president submitted last week in response to Mueller’s questions.  If any of Trump’s answers to Mueller’s questions include even one of the same lies as Manafort, it would not only be perjury but the "high crime" the incoming Democratic House majority will use to initiate Articles of Impeachment.

It doesn’t even have to be a big lie -- saying he didn’t know of the Trump Tower meeting between Trump Jr. and Natalia Veselnitskya (who coincidentally, had ties to Fusion GPS, having dined with Glenn Simpson both before and after the meeting), when Mueller has evidence he did, would be enough for Mueller to ruin Trump’s presidency. Longtime President Donald Trump political adviser Roger Stone is not taking The New York Times‘ smears on him sitting down. Instead, he is revealing how the Upper East Side’s favorite fake news source is simply dragging on with their Russia collusion narrative, even after every right-thinking observer has come to the conclusion that there was no Russian collusion.

Stone began this email exchange with Sharon LaFraniere, who teamed with Maggie Haberman to write the Times story about how conservative writer Jerome Corsi was talking to Mueller’s team about a possible plea deal for his testimony. Of course, Corsi later rejected the Mueller plea deal and literally said that he would rather die in prison than lie about the President of the United States to serve politically-motivated investigators.

Posted by Brock Townsend at Monday, December 03, 2018 No comments: How Can We Believe Mueller's Liars? The special counsel’s central problem

Special counsel Robert Mueller has squeezed President Trump’s longtime personal lawyer Michael Cohen into pleading guilty to lying to Congress, potentially dealing Cohen a penalty of $250,000 and five years in prison, on top of penalties for eight other crimes unrelated to the Trump campaign and Russia to which Cohen pled guilty earlier in the year. Cohen’s plea came the same week right-wing author Jerome Corsi accused Mueller of trying to coerce him into admitting lying to investigators, all while Mueller nullifies a cooperation agreement with former Trump campaign chairman Paul Manafort, whom he accuses of lying when he agreed to cooperate in the first place.

More @ The Daily Wire
Posted by Brock Townsend at Monday, December 03, 2018 No comments:


More @ The Gateway Pundit
Posted by Brock Townsend at Monday, December 03, 2018 No comments:

The Wrap Up Smear

Posted by Brock Townsend at Monday, December 03, 2018 No comments:

There's no circumstance that I would testify against the president because I would have to bear false witness,” he said. “I would have to make things up. I'm not going to do that. I have had no discussion regarding a pardon.”

President Donald Trump’s longtime ally Roger Stone — in the crosshairs of special counsel Robert Mueller’s investigation of Russian meddling in the 2016 election —  refuted any illegal behavior in his pre-election activities, asking “where is the crime?” In an interview on ABC News’ “This Week,” Stone declared “I engaged in politics.”

Legendary rocker Bruce Springsteen has gone full Michael Moore in his predictions about the 2020 election. In an interview with The Sunday Times published this week, the iconic performer said he doesn't see "anyone out there at the moment" — man or woman — who's got a shot to take down President Trump.

"Donald Trump’s most dangerous opponent may not be a politician, but a blue-collar rocker called Bruce Springsteen who shares millions of the same supporters as the Republican president, and also understands what makes grassroots America tick," the Sunday Times reports. "So Trump should be pleasantly surprised to learn that Springsteen, a long-standing Democrat who campaigned for Barack Obama, believes the Donald is heading for a second term in the White House. The president has a flair for winning over working-class voters that the Democrats can’t rival, the singer admits. In short, Trump was born to run, and may be unstoppable.