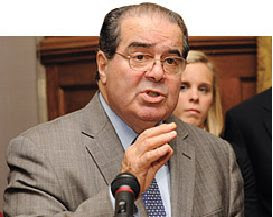 Republican presidential contenders and Senate Majority Leader Mitch McConnell argued for the Senate to run out the clock on President Barack Obama, depriving him the chance to fill the Supreme Court vacancy left by Justice Antonin Scalia’s death today.

Far left President Barack Obama will want the Republican Senate to confirm an appointment this year but this hasn’t happened since 1880.

There hasn’t been a justice nominated and confirmed in an election year by divided government since 1880.

The F-35 must be connected to the Internet in order to work.

Via David "The F-35 has to connect to the internet to work?  Whoever did that should be shot, drawn and quartered, burned at the stake... and then we get nasty."

This week Prime Minister Binyamin Netanyahu told government ministers that he may wait for the next US president before signing a new military assistance deal with America. Israel’s current military assistance package is set to expire in 2018 and the new package is supposed to include supplemental aid to compensate Israel for President Barack Obama’s nuclear deal with Iran. But to date, the administration has rejected Israel’s requests for additional systems it could use to defend against Iran attacks.

Last October, Defense Minister Moshe Ya’alon asked US Defense Secretary Ashton Carter to provide Israel with a new squadron of F-15s that Israel would outfit with its own electronics systems. Carter reportedly rejected that request as well as one for bunker buster bombs. 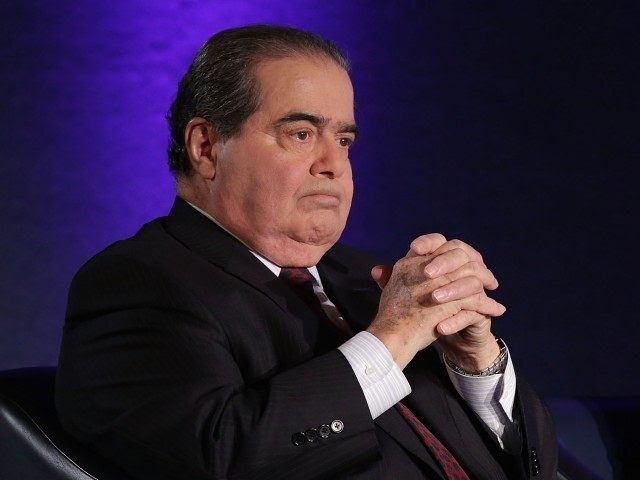 They damn well better stall any appointment until the new president is elected and boy what a huge reason to elect a non-commie.

According to a report, Scalia, 79, arrived at the ranch on Friday and attended a private party with about 40 people, the San Antonio Express News reported. Scalia did not show up for a scheduled breakfast. Staff members of the resort went to find the justice and instead found his body.

U.S. District Judge Fred Biery told the San Antonio newspaper he was among those notified about Scalia’s death. “I was told it was this morning,” Biery said of Scalia’s death. “It happened on a ranch out near Marfa. As far as the details, I think it’s pretty vague right now as to how,” he told the Express-News. “My reaction is it’s really unfortunate with any death. And now, politically, in the presidential cycle we’re in my educated guess is nothing will happen before the next president is elected.”

European Influences in the South 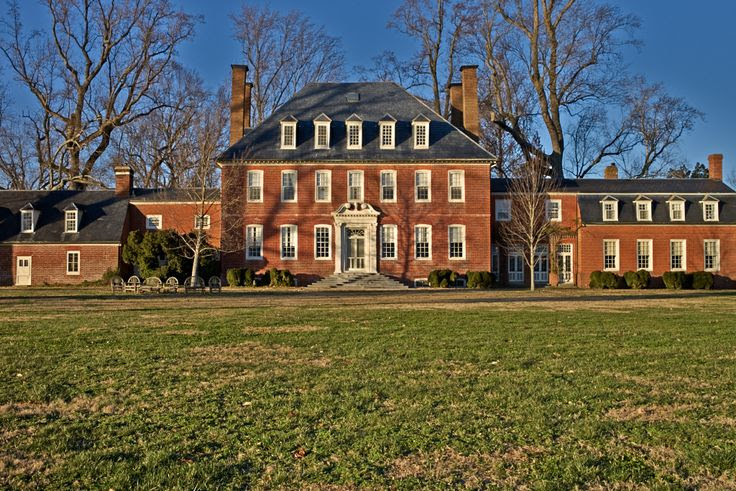 The solidarity of public opinion in the South has been so often commented upon that it is difficult to realize the heterogeneous elements employed in making her population. The “solid South” is not only a political but in many respects a social and even a religious fact, so confirmed has the section become in conservatism and orthodoxy. First by reason of slavery and then of the war and then of reconstruction, the people have been bound together by the strongest of ties. They have acted together and thought together.

The popular tradition that has been cherished as most typical of the South is that of the Virginia Cavalier—his hospitality, his refinement, his chivalric spirit. Widely different as are other elements of the population, they have all been modified to some extent by this tradition. It is strange that some historians still speak of the War of Secession as if it were a renewal of the old conflict between the Puritans and Cavaliers.

More @ The Abbeville Institute
Posted by Brock Townsend at Saturday, February 13, 2016 No comments: 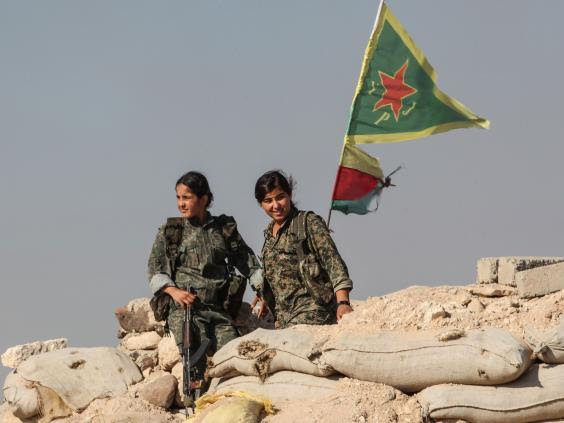 Kurdish People's Protection Units, or YPG women fighters stand near a check point in the outskirts of the destroyed Syrian town of Kobane, also known as Ain al-Arab, Syria.

Turkish Prime Minister Ahmet Davutoğlu said that the targets were struck as retaliation under the army's rules of engagement.

Shelling was reported at Menagh air base, a former Syrian Air Force facility that Kurds seized from Islamist rebels just days ago, and at three other positions between the airport and Turkish border.


More with video @ Independent
Posted by Brock Townsend at Saturday, February 13, 2016 No comments:

"To put SAP information into an unsecure sever like Hillary Clinton’s unsecure server is a class one felony." 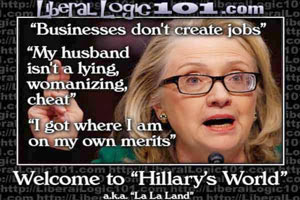 My name is Ed Coet. I am a retired US Army Intelligence Officer. In my last job in the army I was the Chief of the Human Intelligence Branch for the US European Command in Stuttgart, Germany. In that capacity I was also the Designated Program Manager for a Special Access Program (SAP) like the SAP that Hillary Clinton is alleged to have compromised in the most recent State Department Inspector General report to congress and which has been widely reported in the news.

Here is what I personally know about SAP’s and what I can attest to in an unclassified forum:

1. The names of each SAP are themselves classified Top Secret because the information within the SAP are far and above Top Secret.

2. SAP’s are so sensitive that even people who have security clearances giving them access to Top Secret Sensitive Compartment Information (TS SCI), an enormously high security clearance level, cannot have accesses to a SAP’s unless they receive a special indoctrination into the SAP based on an operational “must know” that exceeds all other “need to know” standards.

Man Robs Store With Fake Gun, Gets Shot By Clerk’s Real One 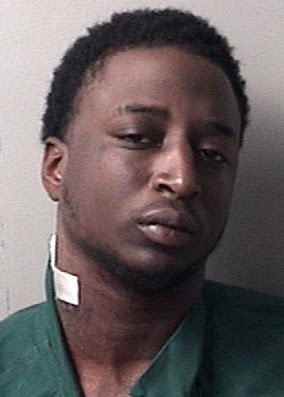 The morning didn’t go too well for a man who decided to use a fake gun to rob a store and was shot in the neck by a store clerk before he fled the business.

The incident occurred around 2:25 a.m. at the Beacon Store, 1101 W. Cervantes Street.  A store clerk told police he shot the suspect during the robbery. The clerk – Abed Alslaq, 20, of Pensacola – said the suspect entered the store wearing camouflage, a hat and a bandana over his face. The clerk said he told the suspect to remove the bandana but he refused. During the robbery, the suspect went behind the counter, pulled out a pistol and pointed it at the clerk, who believed it was real.

Dangerous Speech: Would the Founders Be Considered Domestic Extremists Today?

Not only has free speech become a four-letter word—profane, obscene, uncouth, not to be uttered in so-called public places—but in more and more cases, the government deems free speech to be downright dangerous and in some instances illegal.

Yet by allowing the government to whittle away at cherished First Amendment freedoms—which form the backbone of the Bill of Rights—we have evolved into a society that would not only be abhorrent to the founders of this country but would be hostile to the words they used to birth this nation. 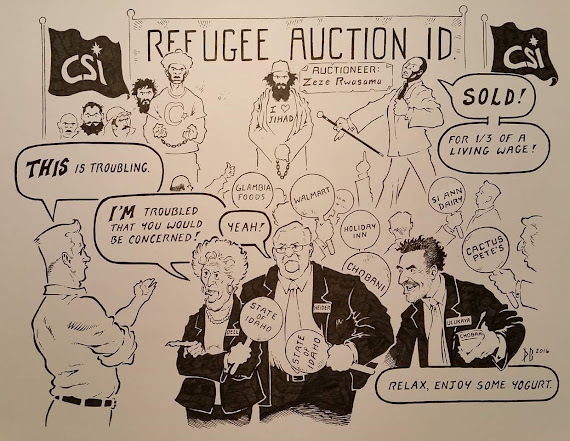 "Two local Twin Falls, Idaho politicians don't see what the fuss is about. Hamdi offers some yogurt to smooth out the troubles. Zeze the director of CSI refugee placement likes his job."

Anti-immigrant resistance is at a fever pitch here in Southern Idaho. My old home town. There are plenty of Native Idahoans that would love to work in this creep's factory for a decent wage. Why are these creeps hell bent for leather to import immigrant workers? Ya, we all know why. 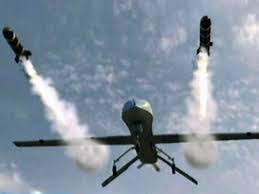 Last year I was hired to craft a long term vision for the Chairman of the Joint Chiefs of Staff on how autonomous robots should be used to radically improve how the US military fights wars.

The current revolution in robotics is due to rapid advances in the ability of robots to think.
This means that most of the big improvements we'll see in the use of autonomous robots in warfare will be due to finding new uses of this attribute more than any other.  Let's explore this a bit.

It's now possible to turn a simple low performance drone into a weapon that is nearly as effective as a precision guided missile (PGM) that costs hundreds of thousands of dollars.  This is accomplished through the creative substitute inexpensive and sophisticated machine thinking for expensive mechanical performance.