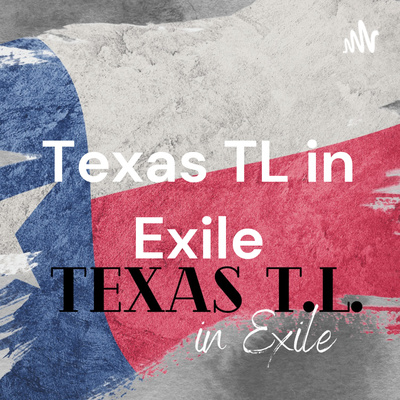 I had a great interview with TL Davis Friday night. We talked about a variety of interesting and controversial issues, including economics, the obscene national debt, Covid, vaccines, foreign policy, tyranny, impending collapse, oil (TL has long experience in the oil patch), and writing (we’re both writers). Sorry the Rumble feed bleeds into the my book links and I don’t know how to fix it, but you’ll still be able to enjoy the interview.

What the Great Ammunition Shortage Says About Inflation

Concentration is increasing prices and keeping them high. The ammunition duopoly and the "Great Ammunition Shortage" is just one example.

Covid has done a lot of things to our society. But talk to anyone who enjoys hunting, and they’ll tell you one of result is the ‘Great Ammunition Shortage of 2021.’ "5.56 ammunition for an AR-15 used to be about 33 cents a round," said Mark Oliva, director of public affairs for the National Shooting Sports Foundation. "Now you're looking at closer to almost a dollar a round. So it is much more expensive and it is much more difficult to find ammunition."

Via sw44magnumman Brown   "Saw Jessie Waters and a scientist guest talking about this tonight on Water's World. The scientist said it was practically impossible that the Omicron variant was a mutation of the original Covid-19 virus and it looked like it came from a lab leak in Africa. Did a little searching and found this." 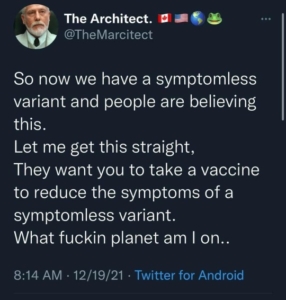 We have now set a precedent for vaccine safety.  Vaccines no longer need long term safety data before being approved for use.  There is also no longer a limit on the number of people a vaccine can kill before it is deemed unsafe.  Essentially anything that a pharmaceutical company develops can now be instantly sold with complete immunity from prosecution and guaranteed profits. All the pharmaceutical companies need to keep the gravy train on the tracks is a new variant or new virus and vaccine passports.

Months ago I warned about this.  I said that the vaccine passports won’t be limited to 2 jabs.  They would not even be limited to COVID.  The pharmaceutical companies don’t even need to wait for Mother Nature to produce a new variant.  They can pay scientists to do that for them.  The SARS COV 2 virus likely came from a lab, there is no reason to believe that others won’t also come from a lab.

When I warned about this months ago it might have seemed a little tin foil “hattish” but these days the only thing separating conspiracy theory from accepted fact is time.

More @ The Truth about Covid

Via Daughter Emily"I’ll take the clown any day of the week! I am sooo sad and will miss him

But I have a feeling the Trump family will be around and continue to fight for our country. Like he said the journey is just beginning...

(Also, it appears ANTIFA set this up.  Me)

"Of course they did and then they also basically just left the door open for them to storm in! All set up🤬

The Battle of Cowpens highlights our disgraceful National Park Service

Via Jonathan Frost-Johnson Thought this might interest your readers? From over at American Thinker.Have a GREAT “Tex” Hill Wing Day and stay well my friend. Frosty

The National Parks Service (NPS) is a shambles.  It is run by progressives playing COVID kabuki theatre to limit access to the parks, and it partners with partisan tech giants to control information.  Like so many of today's federal agencies, they need to be dismantled, the ground where their offices stood needs to be salted, and the organization rebuilt from the ground up.  In particular, NPS's plans for the 221st anniversary of the Battle of Cowpens are an obscenity.

Sex, lies and trade deals: how a businessman bribed half the US navy

Leonard Glenn Francis is a Malaysian businessman who infiltrated the greatest power on the high seas and built a billion-dollar empire by providing officers with sex, champagne, and security. And now, he’s ready to talk.

“Manilla, 2007. The chauffeured Mercedes crawled south for half an hour in the interminable traffic – the turbid waters of Manilla Bay on the right. The middle-aged men packed inside the cars were in an exuberant mood … Leonard Glenn Francis was taking out the senior commanders of the US 7th Fleet. These were the most powerful navy officers in Asia, and they controlled the movements of around sixty ships and submarines, 150 aircraft, and 20,000 sailors in a huge operational area, stretching from Hawaii to India …”

“The men moved quickly through an air-conditioned lobby and through a curtain at the back. On the other side, Filipino women – many just students – sat in rows in a kind of fish bowl, identifiable not by their names but by the numbers attached to their skimpy outfits … Always the … big boss or Lion King to these navy officers, Leonard dominated the action …” ALEXANDER BEAUFORT MEEK (1814-1865) of Alabama. Meek was one of the most prominent citizens of antebellum Alabama–judge, orator, international chess master, and historian of the early days of his State. He also published two volumes of verse. Selections are from The Songs and Poems of the South (1857).

COME TO THE SOUTH

Oh, come to the South, sweet, beautiful one,
‘Tis the clime of the heart, ‘tis the shrine of the sun;
Where the sky ever shines with a passionate glow,
And flowers spread their treasures of crimson and snow;
Where the breeze, o’er bright waters, wafts incense along,
And gay birds are glancing in beauty and song;
Where summer smiles ever o’er mountain and plain,
And the best gifts of Eden, unshadowed, remain.

Where's the Road Runner when you need him?