Via comment by Badger on  Tech Founder: Middle America Is Too ‘Violent, Stup.. 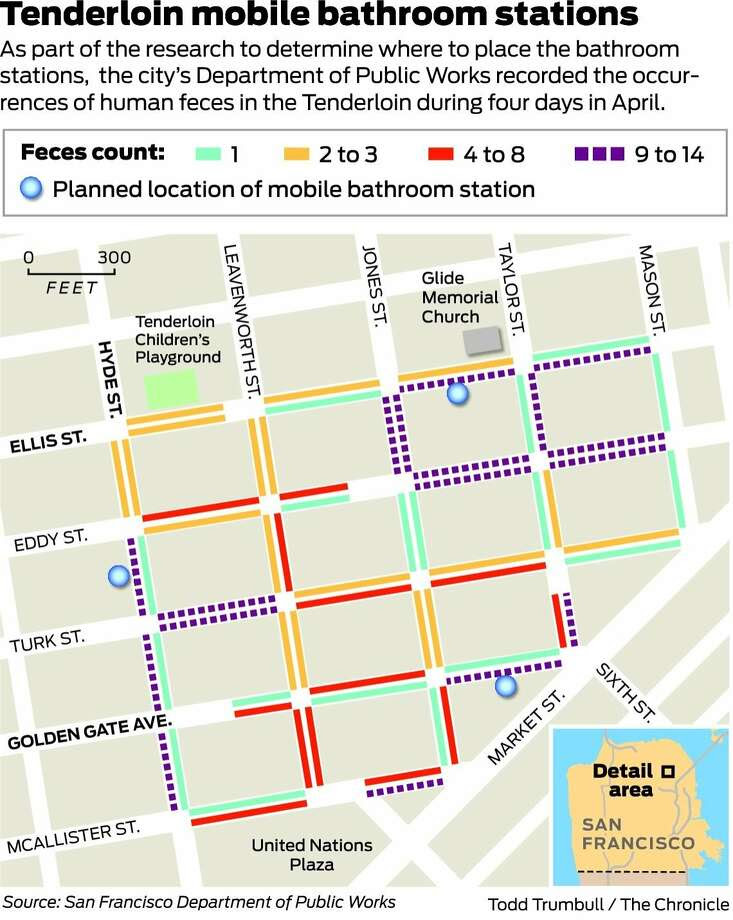 I lived on Turk for a short when it was disintegrating, but this takes the cake.

For decades, feces on streets and sidewalks has been one of the biggest quality-of-life issues for San Francisco residents and visitors, particularly in the hard-edged Tenderloin, home base for many of the city's homeless and the nonprofits that provide them clothes, addiction help and meals.

Now, after a chorus of complaints and a month spent mapping the highest concentrations of human excrement in the Tenderloin, the Department of Public Works on Tuesday will roll out the city's latest approach: mobile bathroom stations at the three most well-used areas.

Each station will include two specially outfitted portable toilets, a sink, a needle disposal bin and a dog waste station, all mounted on a flatbed trailer.

"We're championing our residents' right to clean streets and a safe place to do their business with dignity," said Supervisor Jane Kim, who represents the area and has been pursuing a public toilet program since fall of 2012. A fellow by the name of Marcus Ruiz Evans was on Fox’s Tucker Carlson program recently. He offered his stance on secession vis-à-vis California’s consideration. His position stood apropos for the Golden Bears because the Supreme Court in its Texas vs White decision of 1869 had offered a loophole bearing on the people’s consent to secede.

This bears, of course, on any understanding that Texas vs White had any legality in the first place in a “reconstructed” government of Southern states. The loophole was that secession could be legal and appropriate as long as the people of the other states approved it. This also was Evans’ justification for California seceding today (the other people say it’s okay) as opposed to the South’s in 1860-61.

According to Evans the South had not asked permission and anyway the South did not like equal rights for minorities (his words). Neither did the South want a good partnership with the North. And to top it off the South, as well, seceded violently. He is inaccurate in each and every. . . , but it doesn’t matter. Something can always be right for California or New York but never can it be right for Texas or Mississippi.

President-elect Donald Trump met with Alibaba founder Jack Ma on Monday and promised that the two would do “some great things.”

"We had a great meeting,” Trump told reporters in the lobby of Trump Tower, according to pool reports. “And a great, great entrepreneur, one of the best in the world. And he loves this country and he loves China."

Ma, who is the richest person in Asia, told reporters that the two discussed how to help small businesses in the U.S. sell agricultural products to consumers in Asia.

Before the meeting, a spokesman for Alibaba said that the plan would help create 1 million new jobs in the U.S.

How Much More Damage Will Obama Inflict On the World Before he Leaves Office?

This comes on the same weekend that Iranian vessels threatened US ships in the Persian Gulf.

Obama approved of a “huge” uranium transfer to the Iranian regime — enough for 10 nuclear bombs — to keep Iran “committed” to nuclear deal.

In order to keep Iran in compliance with the international deal Obama is purchasing their excess heavy water.

"Most of this so-called intelligence report is not even fabricated. It does not make assertions that rise to the level of fabricated," Assange said during the media event, streamed live via Periscope audio.

Rand Paul (R-Ky.) is pledging to roll out an ObamaCare replacement bill this week as GOP lawmakers rush to nix the healthcare law.


The Kentucky senator argued Monday that the law must be replaced with "real market reforms."
Paul's legislation comes as the Senate is expected to pave the way this week to repealing the healthcare law.

Paul is leading a small but growing number of GOP lawmakers concerned about repealing the Affordable Care Act without a replacement plan hashed out. 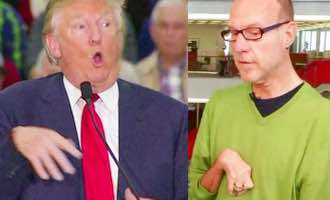 Dated, but the Useful Idiots are running with it again.


This is not new. In fact, it’s almost two months old. I guess I never heard about it until now because it’s not been widely distributed apart from the timeline featured on Catholics4Trump and the people who used that information to produce this video.

But even if it’s a tiny bit dated, it deserves attention now for a lot of reasons.

You have probably heard the story that Donald Trump made fun of a New York Times reporter for his disability, mocking his physical movements during a stump speech. You probably saw a video clip that seemed to prove beyond a shadow of a doubt that this is what Trump was doing.

In an interview with The Cipher Brief published Wednesday, Morell, who served as former acting CIA director in the Obama administration, stated bluntly the new sanctions are “both confusing and weak.”

Tech Founder: Middle America Is Too ‘Violent, Stupid And Racist’ For New Jobs

Put her in a pig pen and after getting muddy, she would blend right in.

One Silicon Valley executive had a few choice words to describe Americans living in the heart of the nation, and they were not flattering.

Melinda Byerley, MBA and founder of Timeshare CMO, a Silicon Valley-based tech start-up, tweeted out Saturday afternoon describing what middle America could do to “get more jobs in their area.”

Byerley says that the first thing those in middle America need to realize is that “no educated person wants to live in a shithole with stupid people.” Particularly, in a “shithole” filled with people who are “violent, racist, and/or misogynistic.” In Byerley’s opinion, “big corporations,” do not consider moving to the heart of America because “those towns have nothing going for them.” 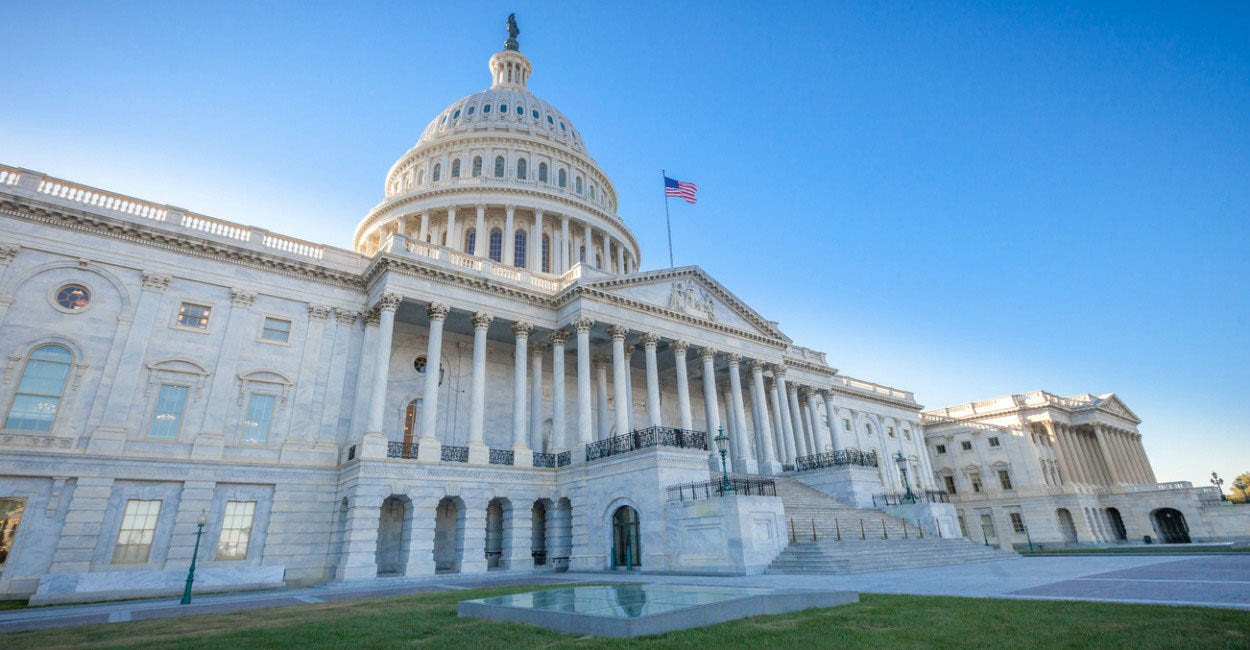 After six years of pushing for a repeal of Obamacare, some on the right are now critiquing Congress’ effort for repeal. Their arguments do more to confuse the issue than to present a viable path forward for eliminating the harmful effects of this law.

Congressional Republicans appear set to finally repeal Obamacare using reconciliation, a process that allows them to overcome a Democratic filibuster in the Senate and pass budget-related legislation with a simple majority of the chamber’s members.

The repeal bill would include a transition period to give Congress time to debate how best to replace Obamacare with a series of patient-centered reforms, each of which would address specific problems in the health care system.

But critics of this approach derisively dub it “repeal and delay” and assert that it is based on a fatally flawed strategy that inevitably presents the GOP with several insoluble problems.