What Does the Fracturing of the American Identity Mean for the Southern Tradition?

The Abbeville Institute conducted three conferences this year on the fracturing of American national identity and what means for the Southern tradition and the Southern people. The general public knows America is coming apart and that they’re anxious about it, but most don’t understand why because our political leaders and the national media generally suppress its origins. We wanted to provide context and meaning.

Our February conference in Charleston, South Carolina focused on “The Attack on Confederate Monuments and its Meaning for America,” and our November event in Dallas, Texas discussed “The Revival of State Nullification and Secession.”

More @ The Abbeville Institute
Posted by Brock Townsend at Monday, December 17, 2018 No comments:

FBI agents lied in 302 report...say they notified on " Nature of Interview " - a complete lie

The original 302 report is still missing!


Mueller had not turned it over.

The only known 302 report provided by Robert Mueller to Judge Emmet Sullivan this week was a report created on July 19, 2017, six months after the setup of Flynn by FBI agents in the White House in January.

Posted by Brock Townsend at Monday, December 17, 2018 No comments: Columbia University is no longer a legitimate university.  It is simply a joke.  One recent event – the "Julian von Abele Affair" – has shown that this organization no longer serves the common good, advances learning, or contributes anything to society.

Sadly, this joke is on the American people.  The tragedy here consists of the fact that Julian von Abele's good name has been dragged into one of the most embarrassing campus imbroglios I have seen in twenty years in higher education.  More on what has happened to von Abele a little later.  For now, suffice it to say, I stand with this young man because I think what has happened to him is horrendous.  Nonetheless, I think he needs to do something else with his life other than attend Columbia.  The institution clearly hates him and blames him for vicious attacks against his own person that he didn't deserve.  He should not attend this university, because it should not exist.

Why Columbia University Is an Utter Disgrace to Our Nation

Exiled Venezuelan Dissident: 'Guns Would Have Served As A Vital Pillar To Remaining A Free People'

On Saturday, Fox News published a lengthy piece by reporter Hollie McKay that offers a compelling case for gun rights that includes the insights of an exiled Venezuelan dissident forced to watch as his fellow citizens are crushed by the increasingly tyrannical and brutal socialist government .

In 2013, the "Control of Arms, Munitions and Disarmament Law," a gun control bill passed a year earlier by Hugo Chavez's socialist regime, systematically wiped out gun ownership rights in Venezuela. Five years later, the people have no recourse against an out of control government.


More @ The Daily Wire
Posted by Brock Townsend at Monday, December 17, 2018 No comments: Newly released emails show the Obama administration scrambling to create the “Russia” scandal within 24 hours of President Donald Trump taking the oath of office in January 2017. The desperation of the Obama administration is evident in the emails, in which the Obama team tries to involve Democratic senators Warner and Cardin and Republican senator Corker in the plot.

Close observers know that the Operation Crossfire Hurricane strategy surfaced during the 2016 presidential election and continued well into Trump’s presidency, with General Michael Flynn getting snared in a Peter Strzok/Sally Yates ambush play in the early days of the Trump White House. Now, Team Obama’s documented effort to cook up the Russia story before Trump’s inauguration emboldens a narrative already proved by text messages (presented below) involving Obama official James Clapper: the Obama people actually thought they could stop Trump from getting sworn in.

Flynn’s conviction will be overturned 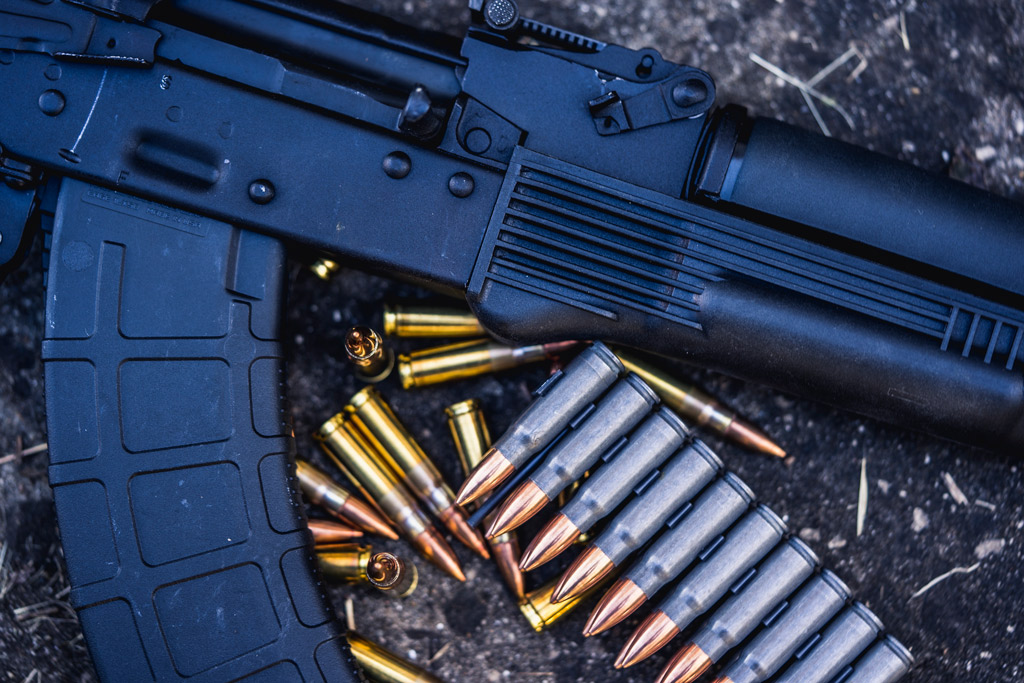 In terms of shear mass, in straight numbers, the 7.62x39mm is far and away the preeminent battle rifle caliber in the world. With over 100 million AK-47 and its clones having been produced it’s not hard to see why. That’s not a misprint, and it does not include the VZ-58, SKS, or the slew of Eastern European and North American rifles, and the light machine gun RPK which uses the caliber. There is nothing more common than this guy. And why shouldn’t it be? Compact, hard-hitting at typical combat ranges, and all of the weapons which use it have proven to be supremely durable and reliable.

Posted by Brock Townsend at Monday, December 17, 2018 No comments:

Remember being told ad nauseum that the United Nations Global Migration Pact would be “non-binding?”

Only someone TOTALLY COMMITTED to the erasure of Western Civilization itself, a TRUE BELIEVER in the Marxist Dialectic that Socialism will inevitably arise ascendant and supreme - despite countless examples throughout history that it does not work - could do this.

Get ready for a death-struggle.  Sharia Law, coming to your neighborhood.  Wait, already here: