WATCH: Muslim Parents Kiss Daughters Goodbye Before BLOWING Them Up In Terrorist Attack 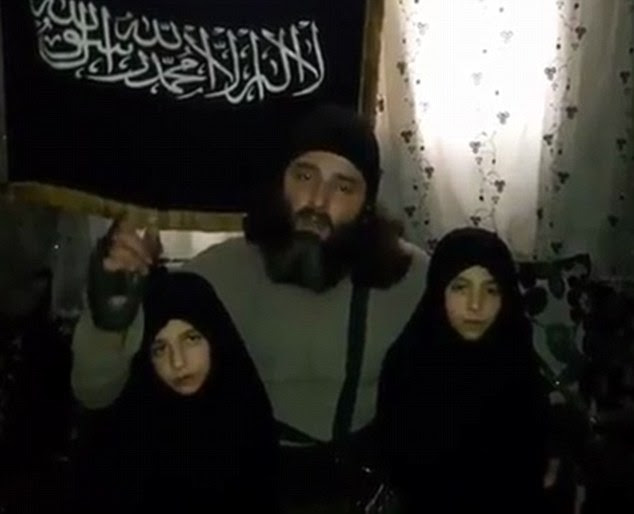 We will only have peace with the Arabs when they love their children more than they hate us.’ –

The ‘Iron Lady’ of Israel was right.

Children are to be treasured and protected.

This is the ultimate form of child abuse. 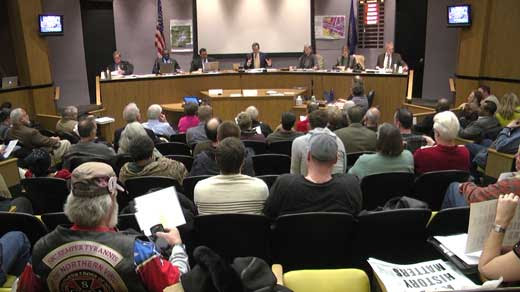 The group has been gathering evidence and public testimony about the city's Confederate monuments, statutes and public spaces. Commissioners presented two recommendations ... to either move the Robert E. Lee statue to McIntire Park or to transform it in place.


"We'll continue to work through this. While the work of the report is complete, the actual work is far from complete," commissioner Don Gathers said.

Commissioners also presented their ideas for the Slave Auction Block at Court Square and the Daughters of Zion cemetery.

The final decision on these items is now up to city councilors. They are planning a work session in January.

Democrat Media Fail: Only 29% of Americans Convinced Russia Was Behind Election-Year DNC Hacks

Only 29 per cent of Americans are convinced ‘with near certainty’ that Russia was behind a series of election-year computer hacks that left Hillary Clinton playing permanent defense in the months leading up to the Nov. 8 election.

That number includes fully half of Democrats surveyed – but just 14 per cent of Republicans.


More @ The Gateway Pundit
Posted by Brock Townsend at Wednesday, December 21, 2016 No comments:

Vietnam: Mistake #3—the Biggest Mistake of the War

On November 1, 1963, the Kennedy Administration encouraged and abetted a military overthrow of South Vietnamese President Ngo Dinh Diem. As a consequence, Diem and his brother and chief political advisor, Ngo Dinh Nhu, were killed the next day. This led to more than two years of unstable government and military leadership in South Vietnam, which was fully exploited by North Vietnam’s Communist leaders and led to more extensive commitments of American manpower to save South Vietnam. President Johnson, who succeeded to the presidency after Kennedy’s own assassination on November 22, later called the overthrow of Diem the biggest mistake of the Vietnam War. President Nixon, writing in 1985, agreed that it was one of the three greatest mistakes of the war.


In May 1963, President Diem’s Strategic Hamlet Program seemed to be working and South Vietnam’s economy and people were prospering. Communist leaders in Hanoi and South Vietnam were discouraged. But their hopes and morale would soon be revitalized.

Beginning in May of 1963, President John F. Kennedy and many of his advisors began to be uncomfortable with South Vietnamese President Ngo Dinh Diem’s handling of Buddhist political demonstrations on the streets of Hue and Saigon. These protests alleged discrimination against Buddhists by the strongly Roman Catholic Diem Administration. They were organized by a small but highly political leftist Buddhist group led by Thich Tri Quang. Following a bomb blast killing eight protestors in Hue, the protest organizers carefully contrived a protest that would get international attention.

From The Jackie and Gary Runyon Collection Interview

A New Jersey Republican will ask the Trump administration to take action on providing relief for Christian genocide survivors fleeing the Islamic State in Iraq and Syria (ISIS).

Rep. Chris Smith’s (R-N.J.) bill — the Iraq and Syria Genocide Relief and Accountability Act of 2016 — would ensure government interviews for for Christians seeking asylum by creating a new category for groups persecuted by ISIS.
"Everyone will have to go through a vetting process," Smith told The Hill of his legislation.

Smith said he is making the case to Trump transition officials including Vice President-elect Mike Pence, his former House colleague.

Watch the video above to hear Smith describe his measure.

The Many Colors of Raleigh-Durham

Mind boggling that my Grandfather Charles Franklin Koonce was the Chief-of-Police.
Posted by Brock Townsend at Wednesday, December 21, 2016 No comments:

Germany took in more migrants than the rest of the Western World combined this year.

On Monday a terrorist drove a large truck through the Christmas Market in Berlin killing 12 and injuring 50.

German AfD leader Frauke Petrzell lashed out at Merkel after the attack. Pretzell said Germany was no longer safe and “radical Islamic terrorism has struck in the heart of Germany”. 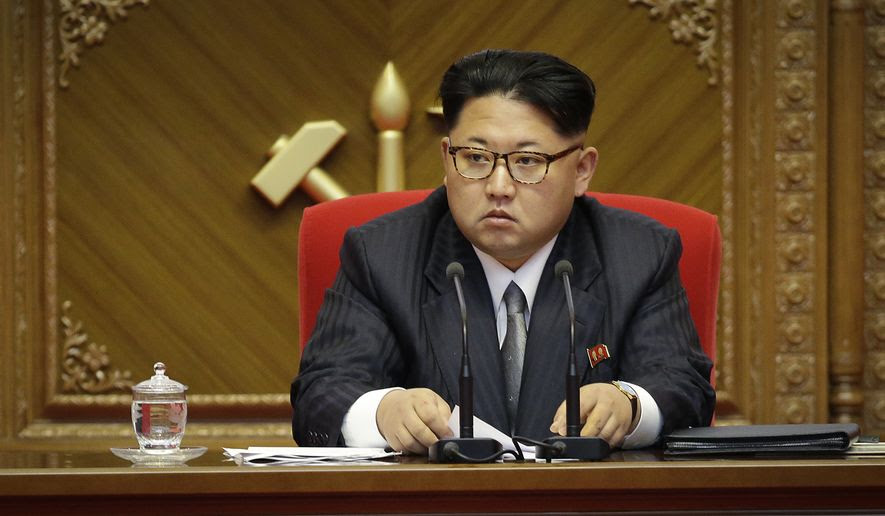 It seems there may be a nascent, rebel movement in North Korea attempting to depose North Korean Dear Leader, Kim Jong-un. There have been reports of anti-Kim leaflets and a reduction in popularity for the North Korean strongman. This could be a reaction to the extreme cruelty and human rights abuses Kim has perpetrated on his inner circle. No suspects have been reported detained as the regime’s investigation is ongoing. However, it is certain that ‘someone’ will be accused of the crime to make an example out of some poor souls. Up to three generations of a family could be put to death for such an offense.

“Anti-government messages such as “Overthrow Kim Jong Un” and “Punish Kim Jong Un” were reportedly scrawled over images of the leader’s grandfather and founder of the state Kim Il Sung, whose face adorns the 5,000 North Korean won (KPW) bills. The bills were scattered across the streets of downtown Hoeryong City, North Hamgyong Province, a popular commercial area located less than a mile from the Chinese border,” writes IBT.

O’Reilly said on his show "The O'Reilly Factor" Tuesday night there is a “hidden reason” for liberals seeking to change the system.

“If the Electoral College were abolished, presidential candidates could simply campaign in the nation’s largest cities, New York, L.A., Chicago, Houston,” he said. “And rack up enough votes to pretty much win any election.”

O’Reilly claimed Democrats wanted to campaign only in cities where “the minority vote usually goes heavily to the Democrats,” effectively “neutralizing the largely white rural areas in the Midwest and the South.”

"Very few commentators will tell you that the heart of liberalism in America is based on race," O'Reilly said. "It permeates almost every issue — that white men have set up a system of oppression and that system must be destroyed."

Via comment byThe Road on Kellyanne Conway on Blaming Russia for Election Re...

Late breaking developments have emerged in the case of Georgia vs. The Department of Homeland Security. As Claire Bernish of The Free Thought Project reported on December 9th, Georgia’s secretary of State Brian Kemp penned a letter to DHS Secretary Jeh Johnson, asking the director if he was aware that DHS had attempted to hack into the server hosting the state’s voter registration database, and if so, why was DHS doing so. Today it was revealed that not only did DHS attempt to penetrate GA’s firewall once, but it had in fact attempted to do so a total of 10 times.

With the official narrative coming from the Obama administration, indeed, the president himself, that the Russians stand guilty of hacking the presidential election of 2016, many are left scratching their heads in disbelief that the only government found to be hacking a state election systems, thus far, is DHS.

Atlanta’s WSB-TV spoke with Kemp who said, “We need to know! We’re being told something that they think haven’t figured out yet, nobody’s really shown us how this happened.” The attacks came in February (2nd, 28th), May (23rd), and November (7th, 8th), totaling 10 in all, with the two latest attacks coming on the day before and the day of the presidential election.

“It makes you wonder if somebody was trying to prove a point,” Kemp stated in his exclusive interview with WSB-TV, adding that DHS keeps changing their story. “First it was an employee in Corpus Christi, and now it’s a contractor in Georgia,” he said describing how the official DHS explanation keeps changing.

Repost: The American Form Of Government

Posted by Brock Townsend at Wednesday, December 21, 2016 No comments: 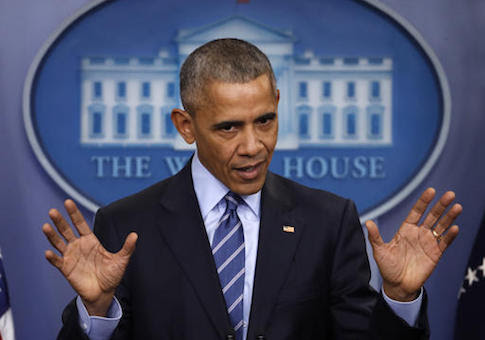 "Now, after sending Our Best Young Men To Die on distant battlefields fighting Communism, we may simply vote a Marxist into our highest office."23 July 2008

A new congressional investigation has determined that the Obama administration fired a top scientist and intimidated staff at the Department of Energy in order to further its climate change agenda, according to a new report that alleges the administration ordered top officials to obstruct Congress in order to forward this agenda.

Rep. Lamar Smith (R., Texas), chair of the House Committee on Science, Space, and Technology, released a wide-ranging report on Tuesday that shows how senior Obama administration officials retaliated against a leading scientist and plotted ways to block a congressional inquiry surrounding key research into the impact of radiation.