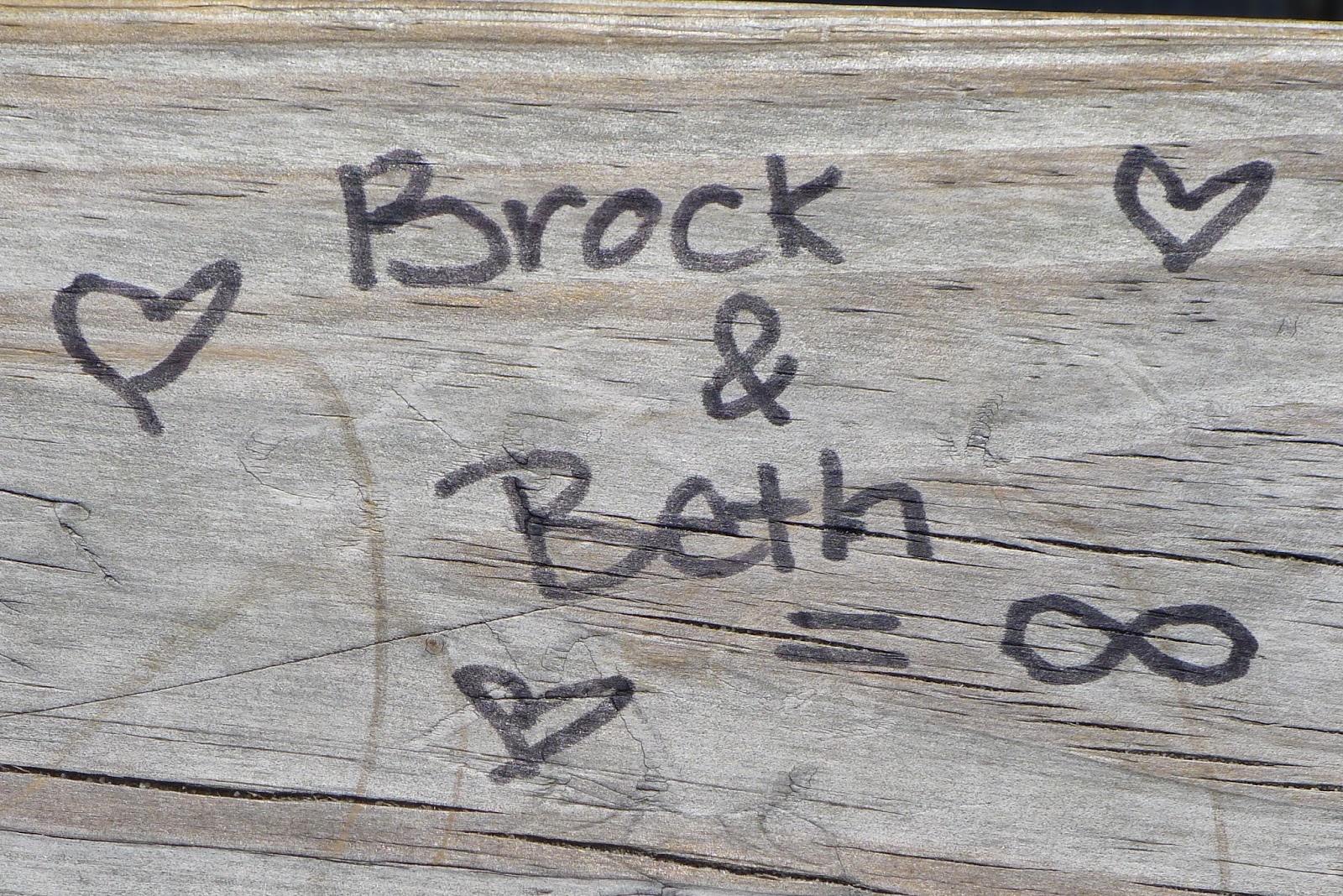 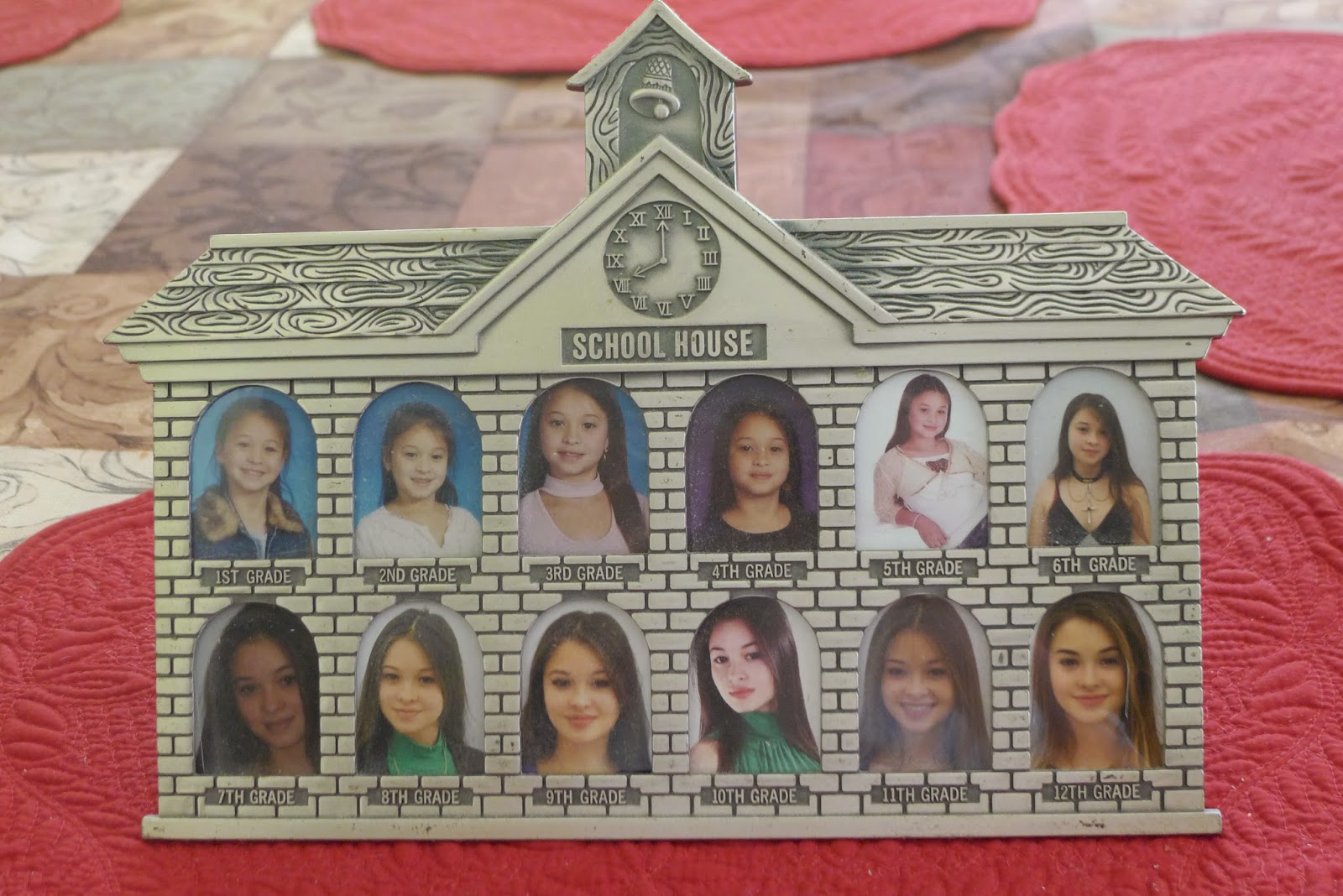 Oh my, where did the years go? 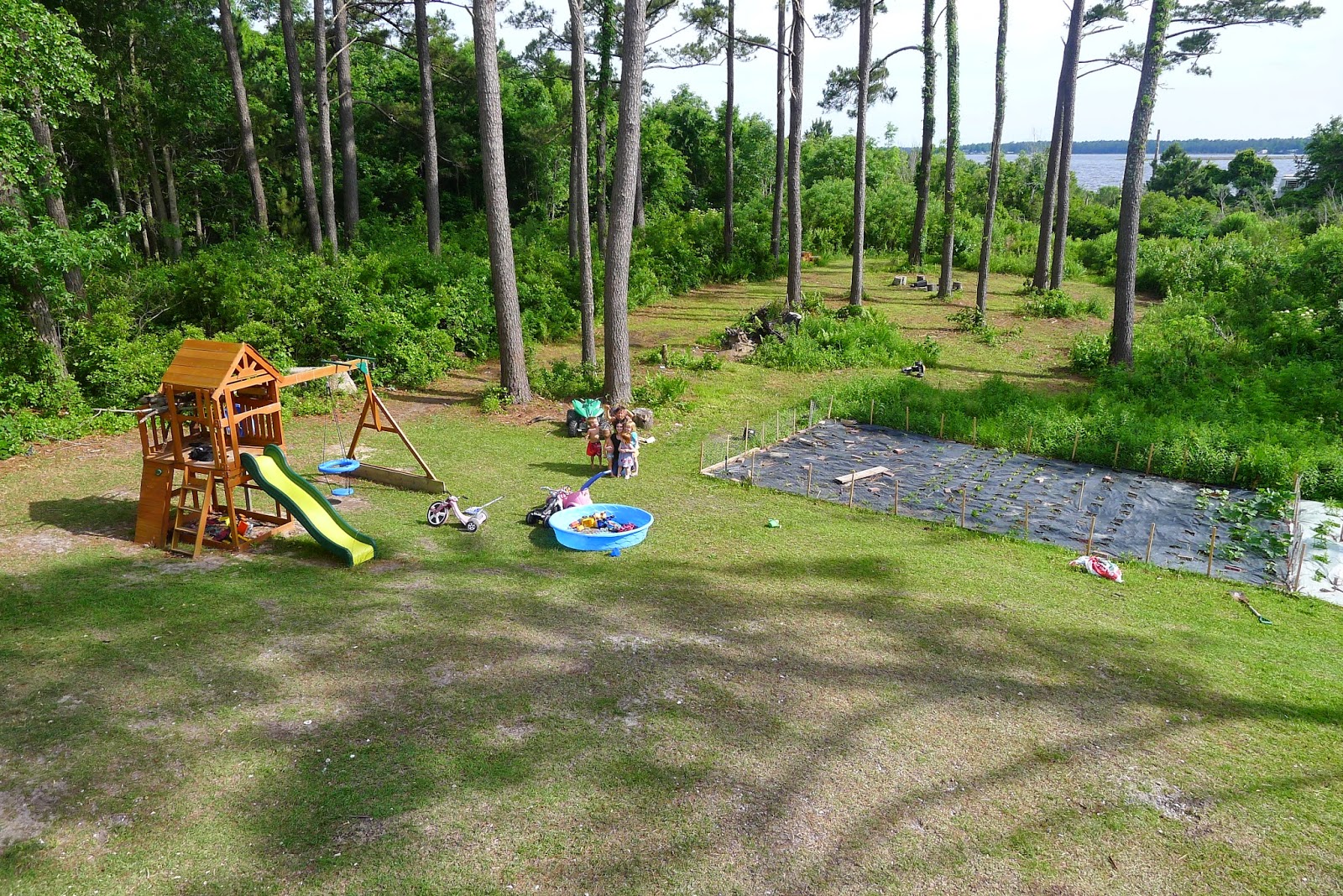 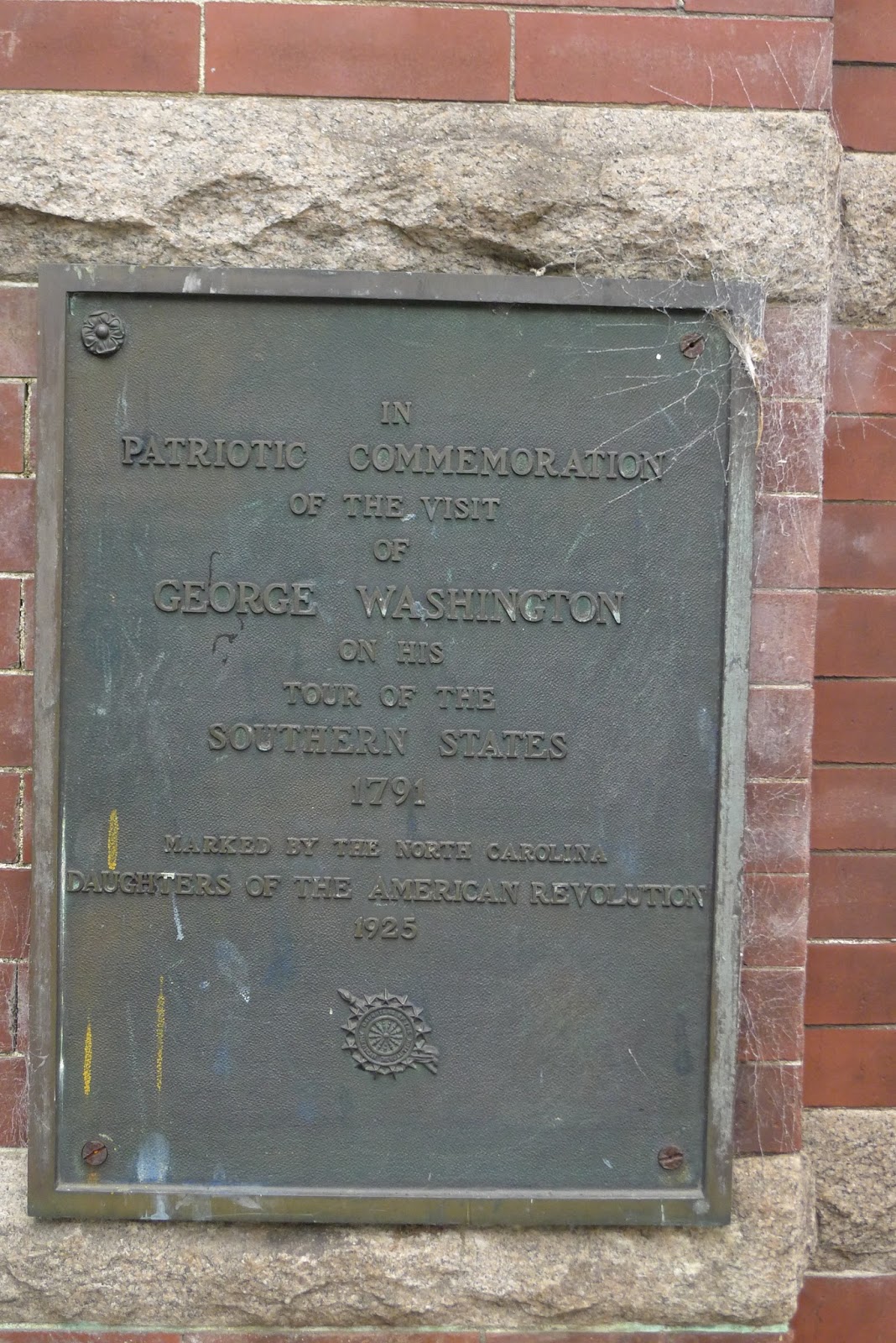 Outside the Classic Diner. 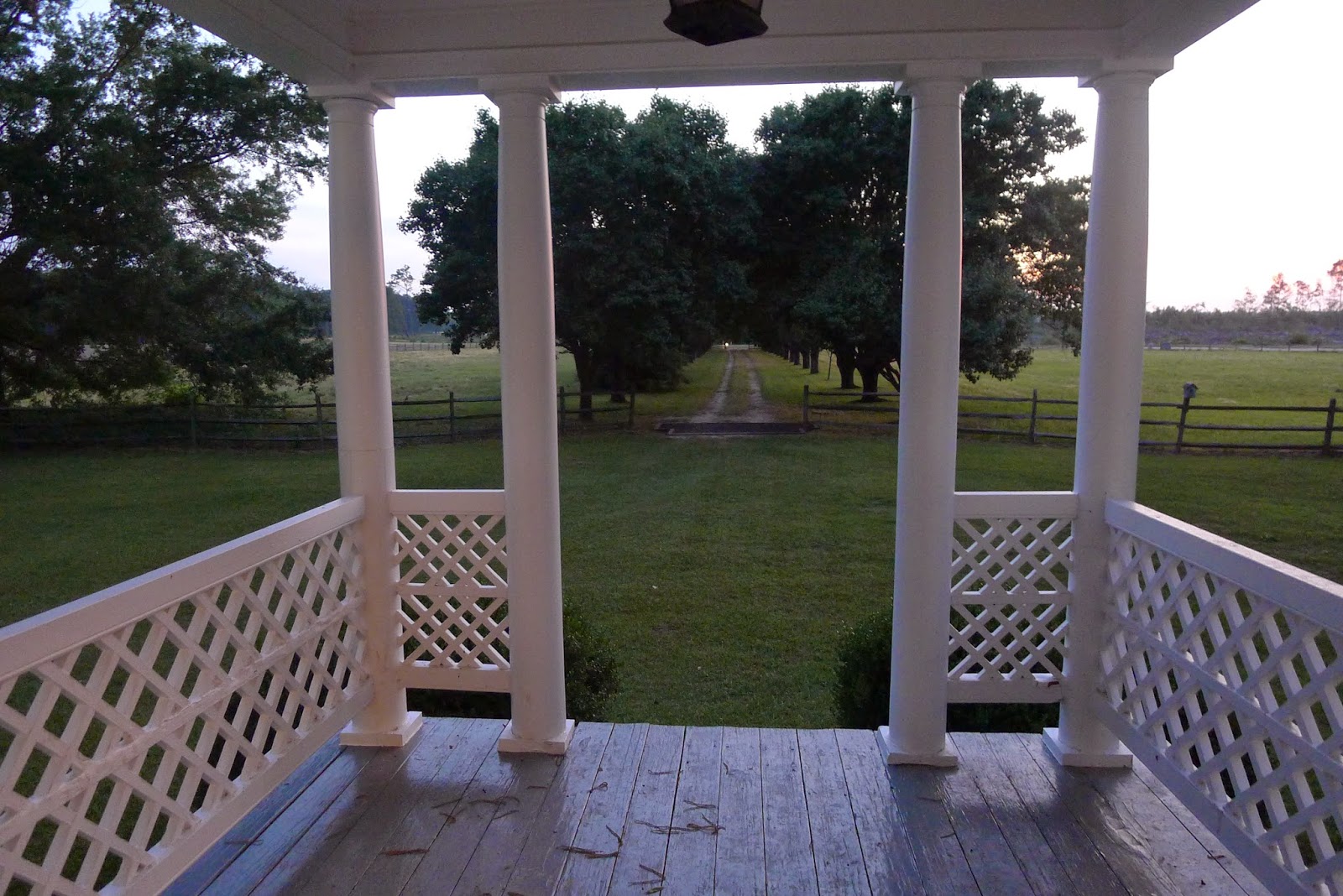 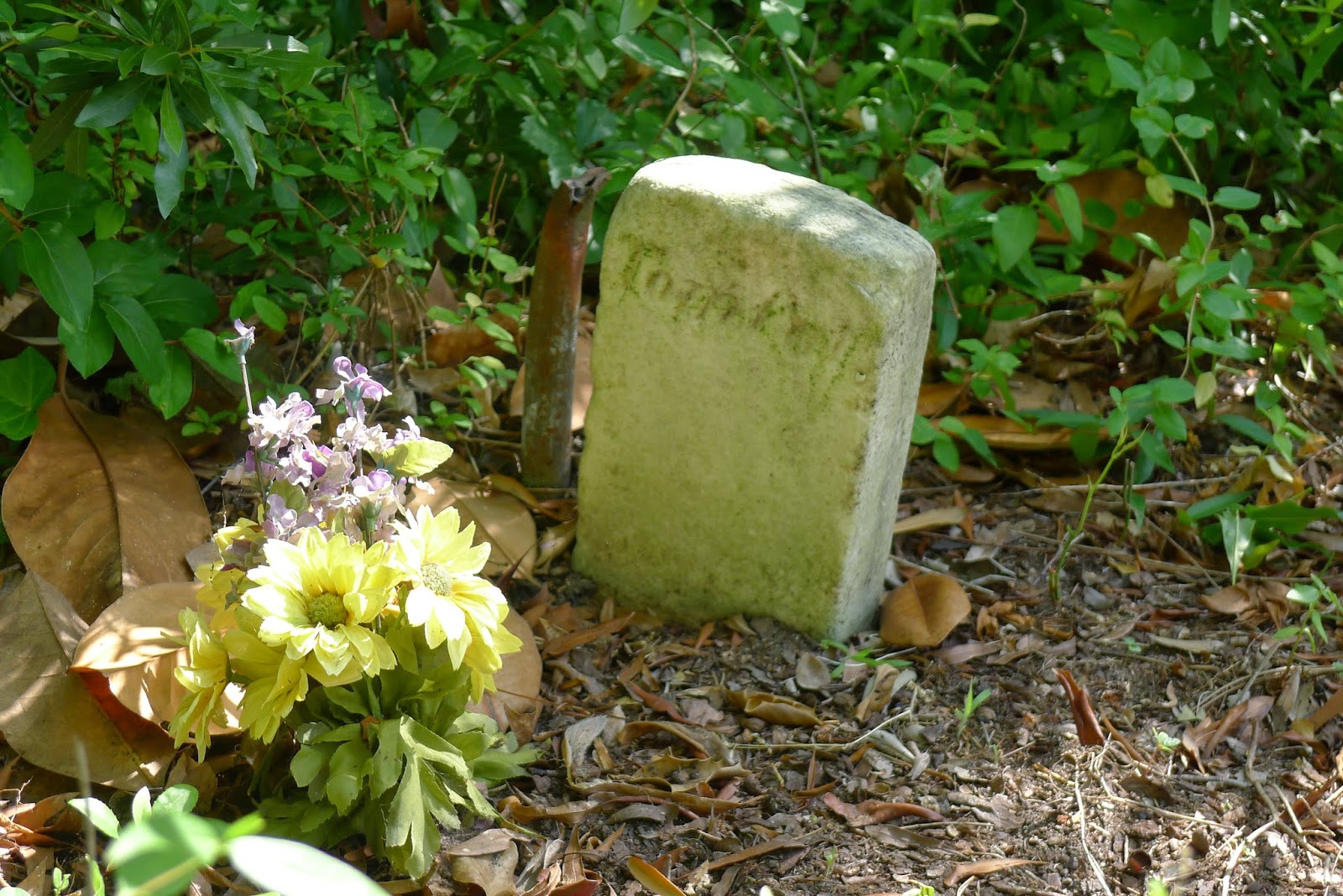 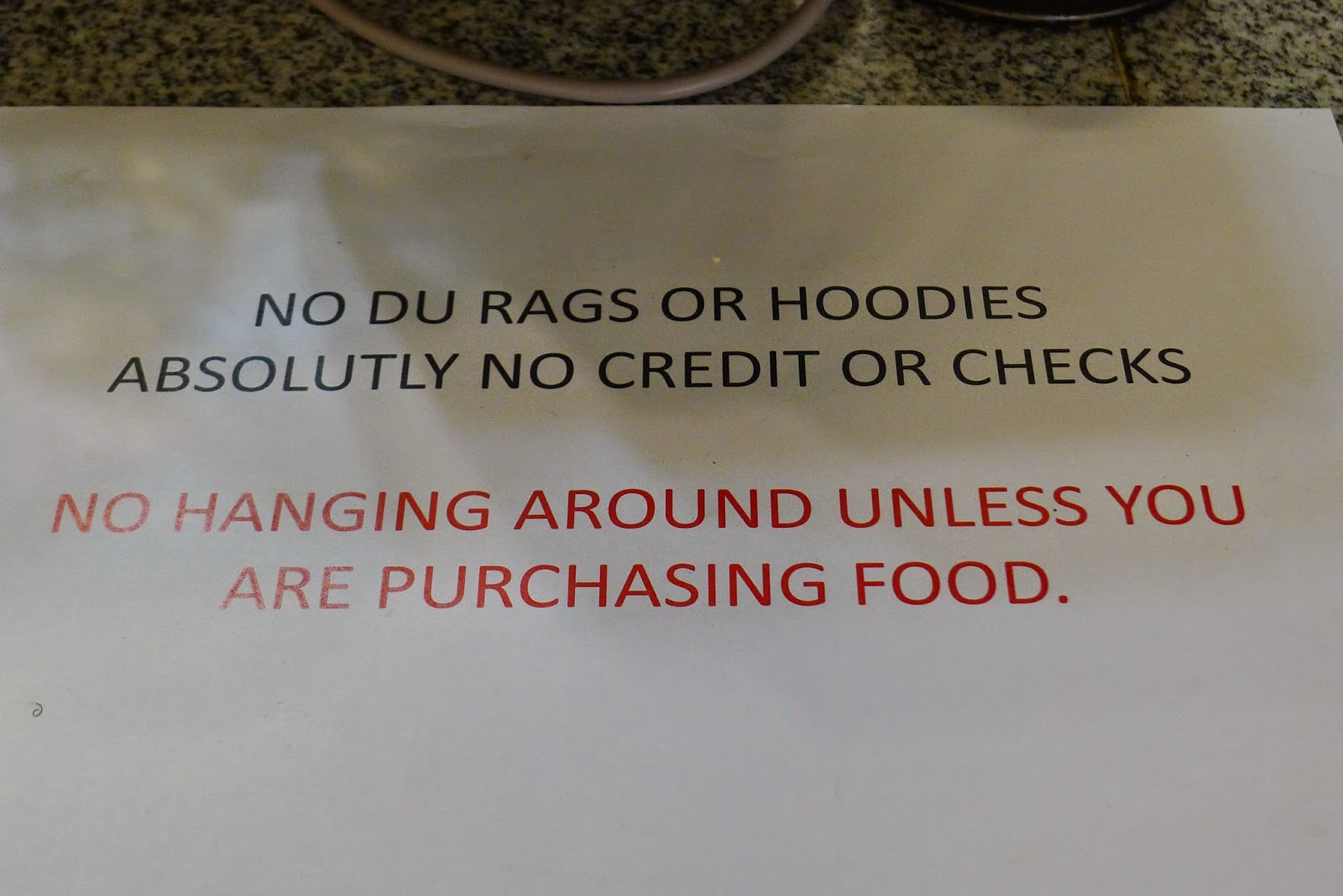 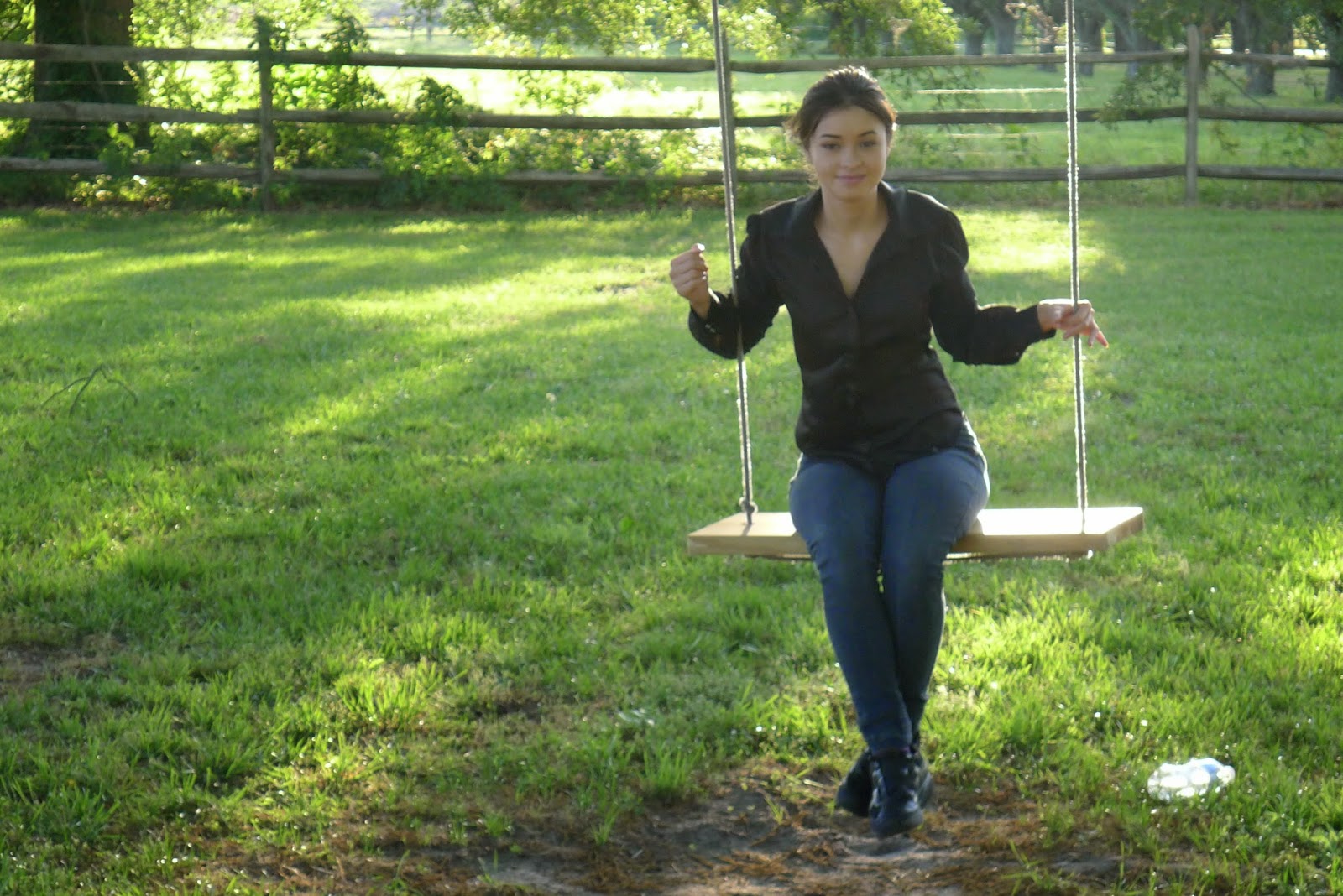 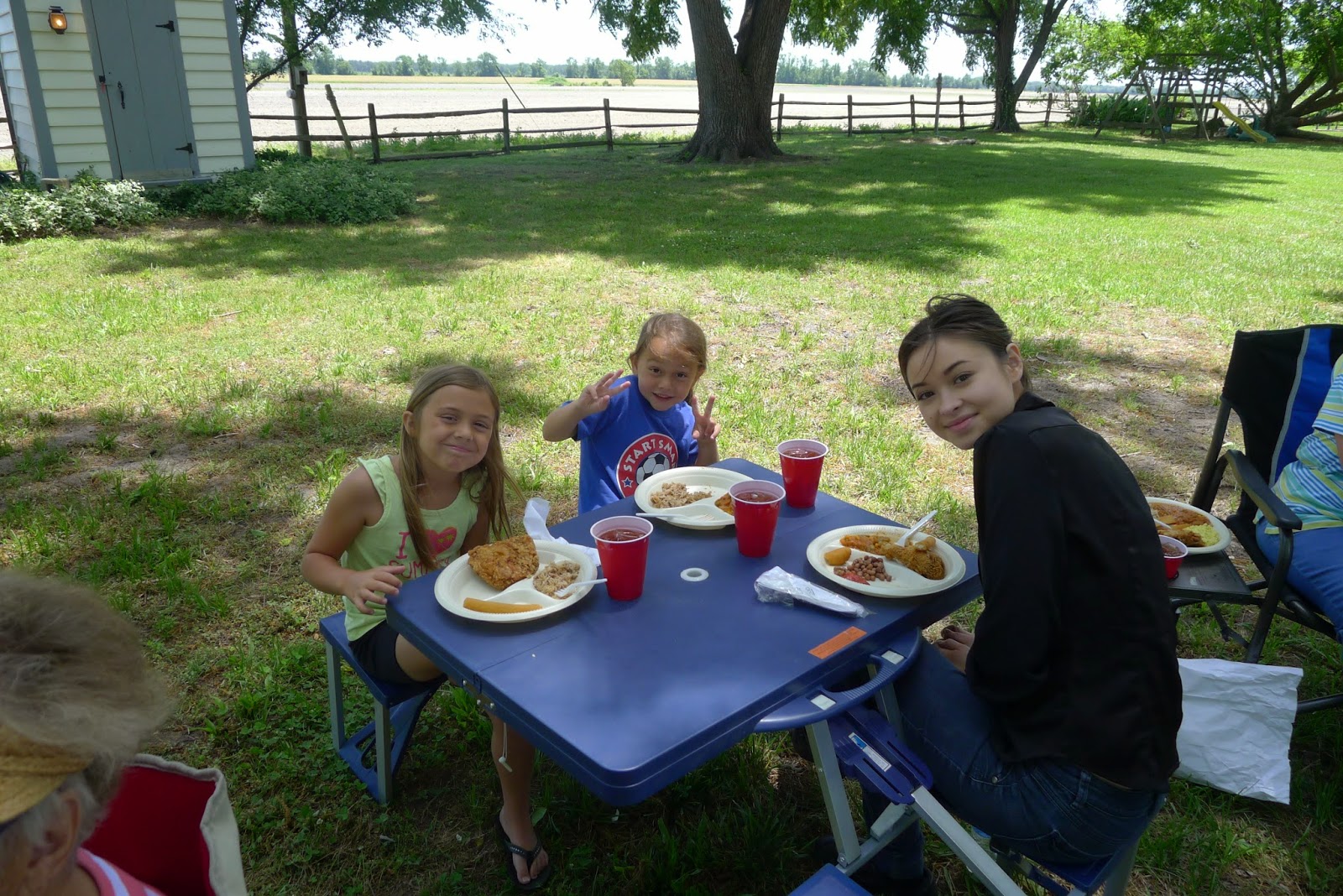 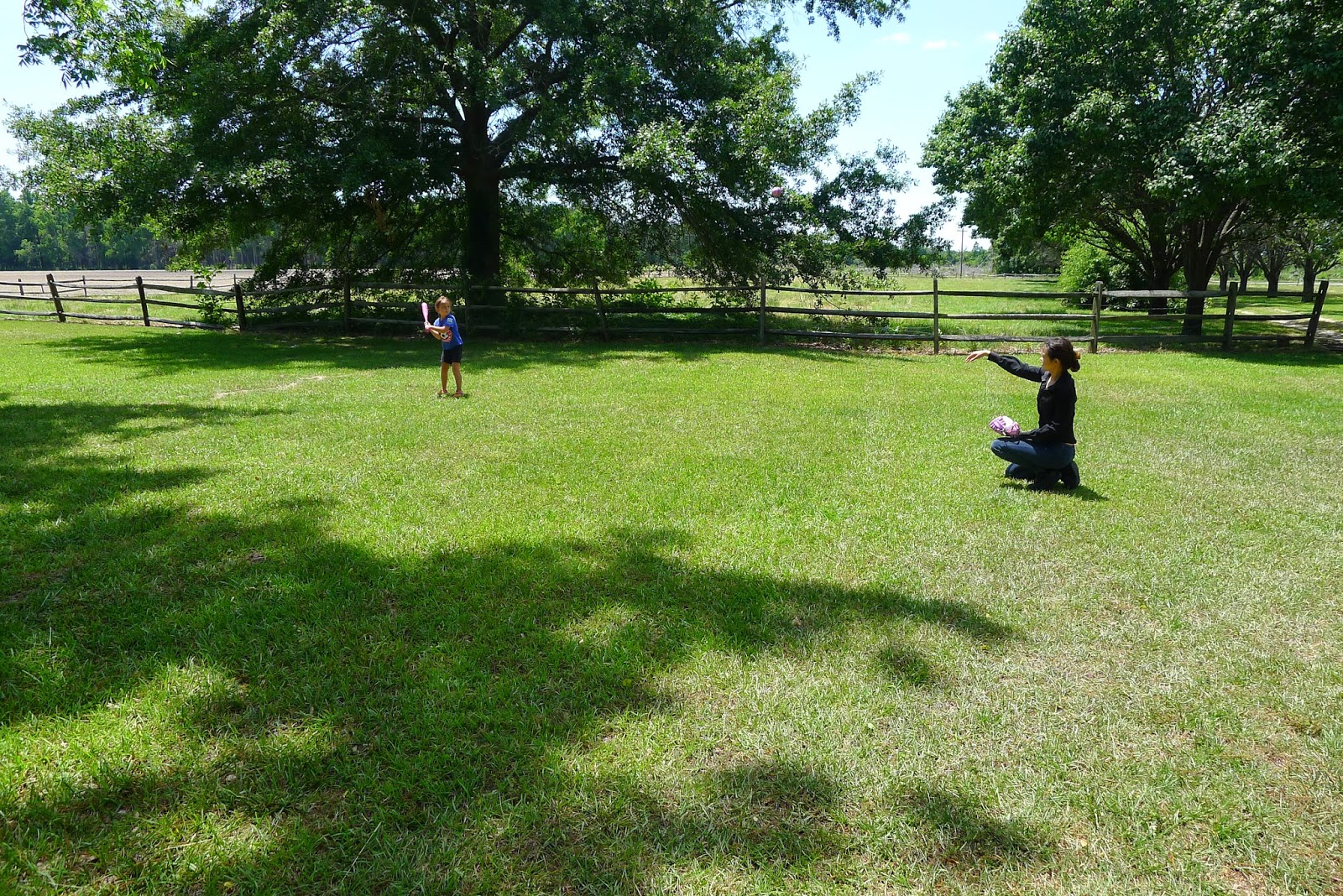 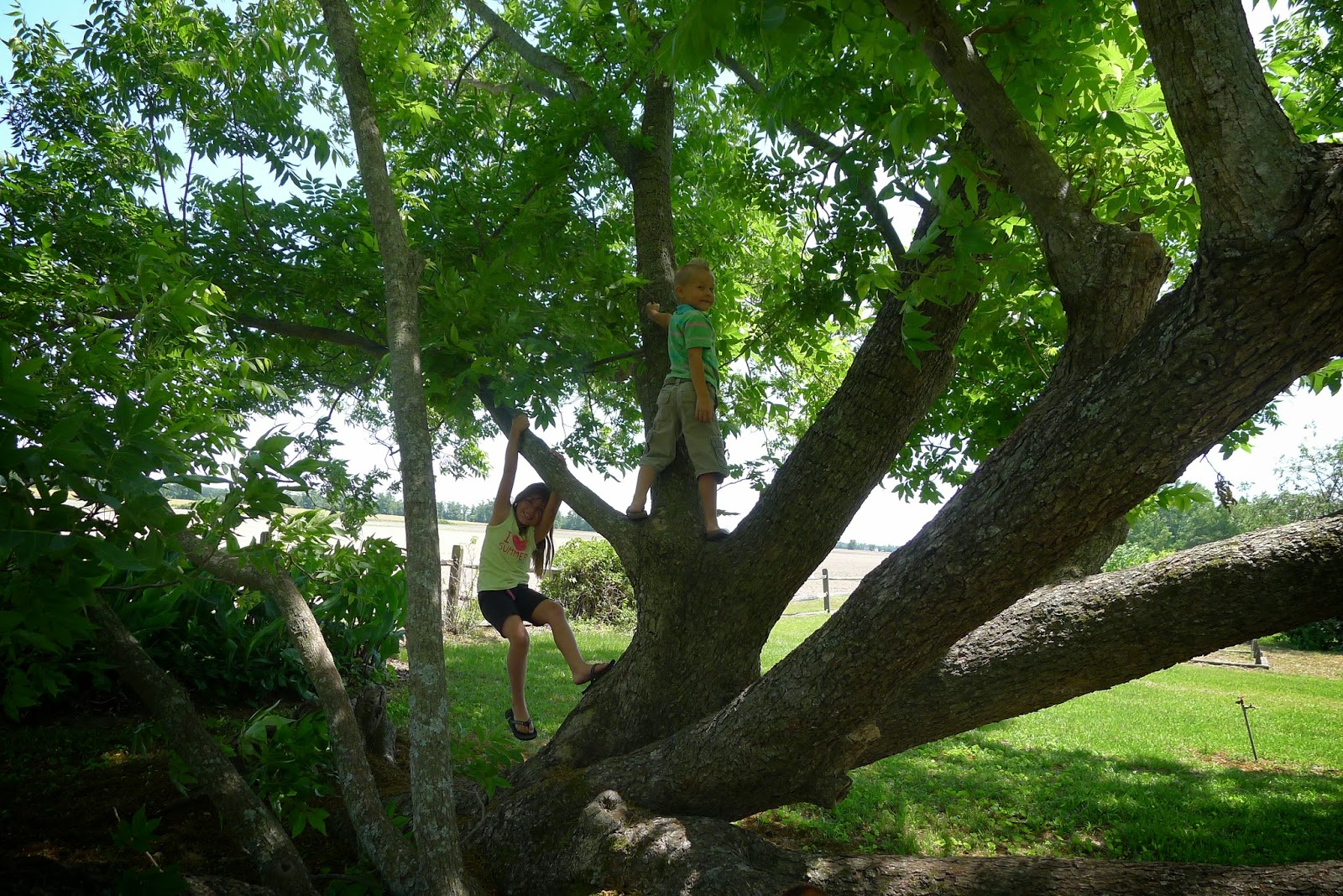 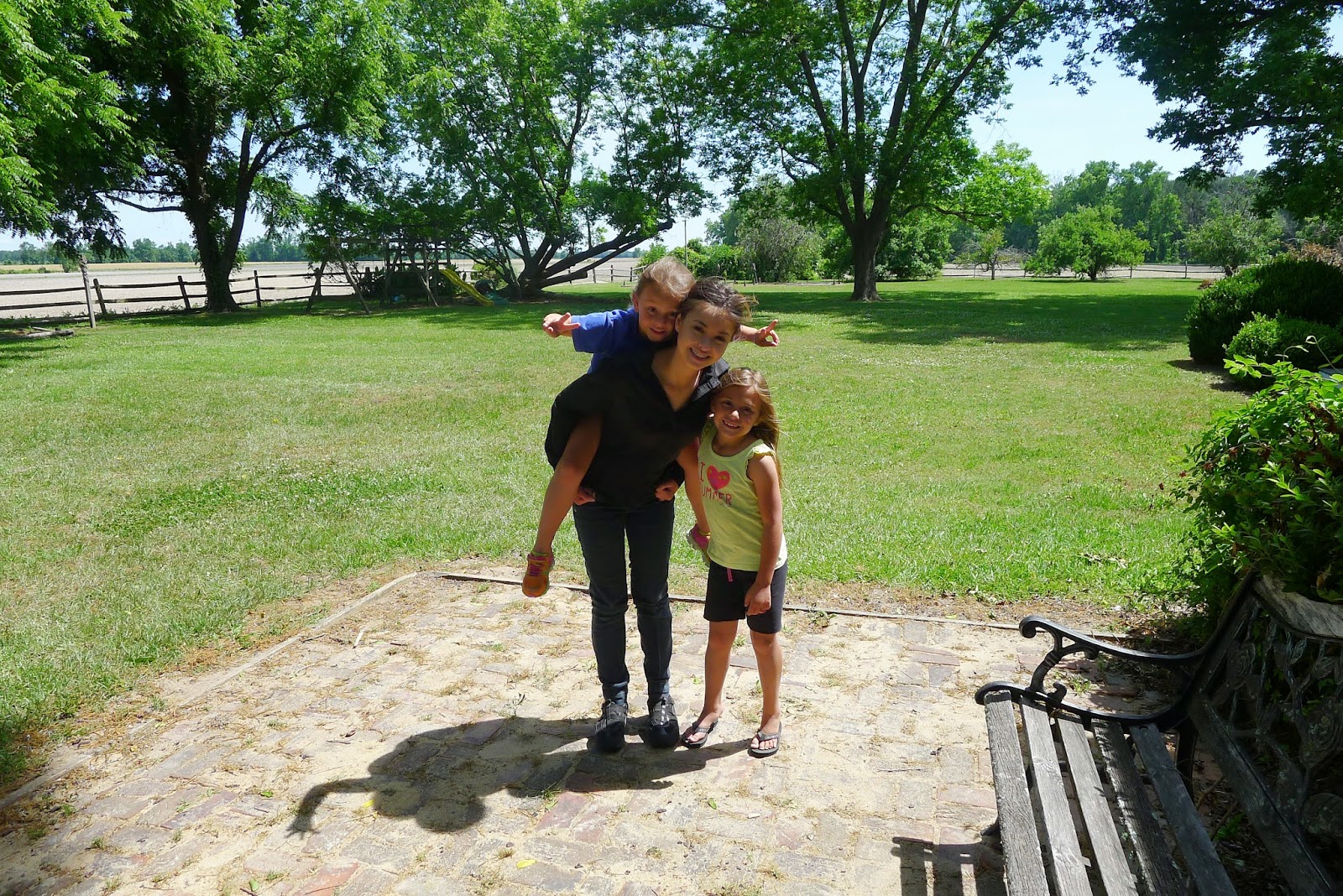 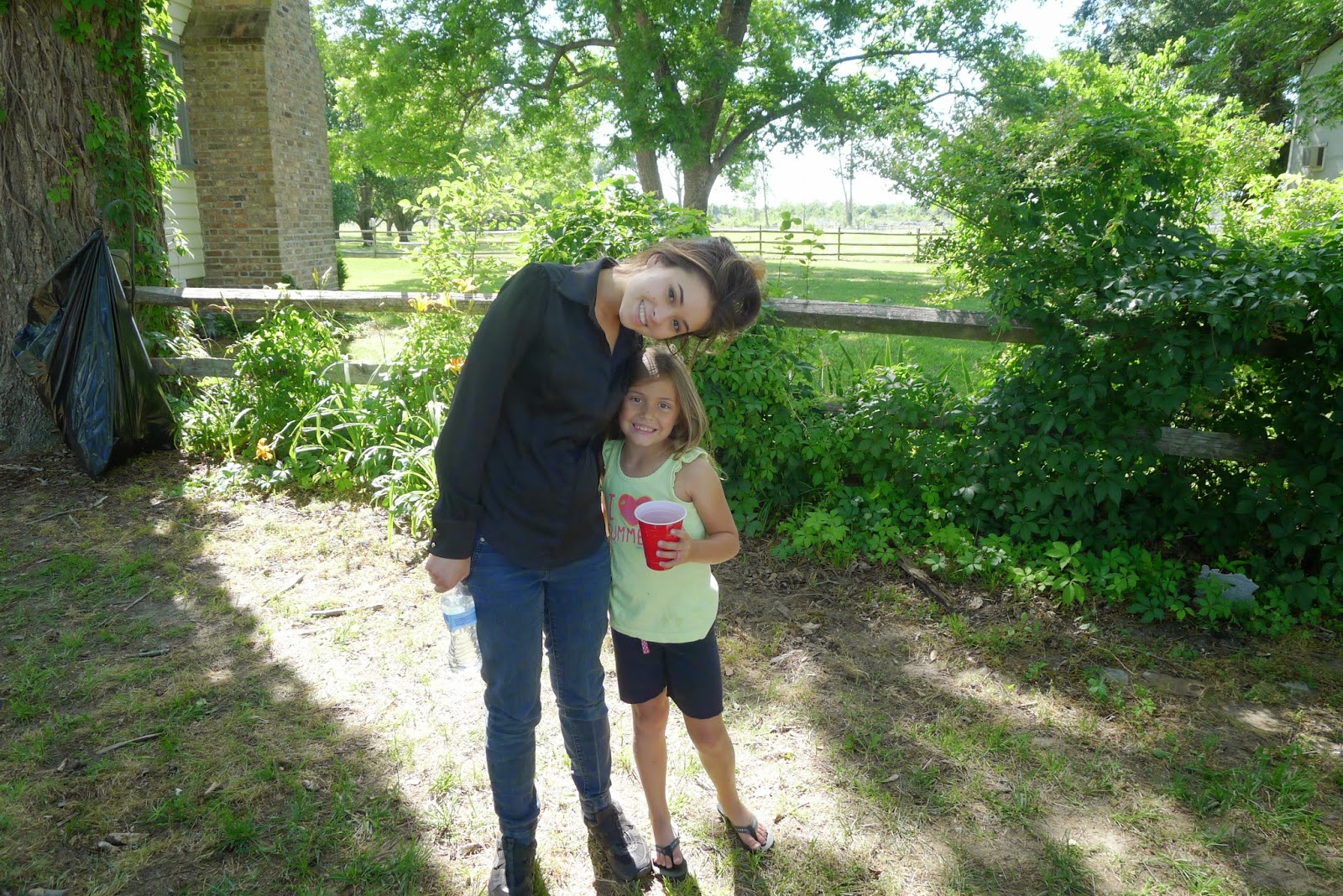 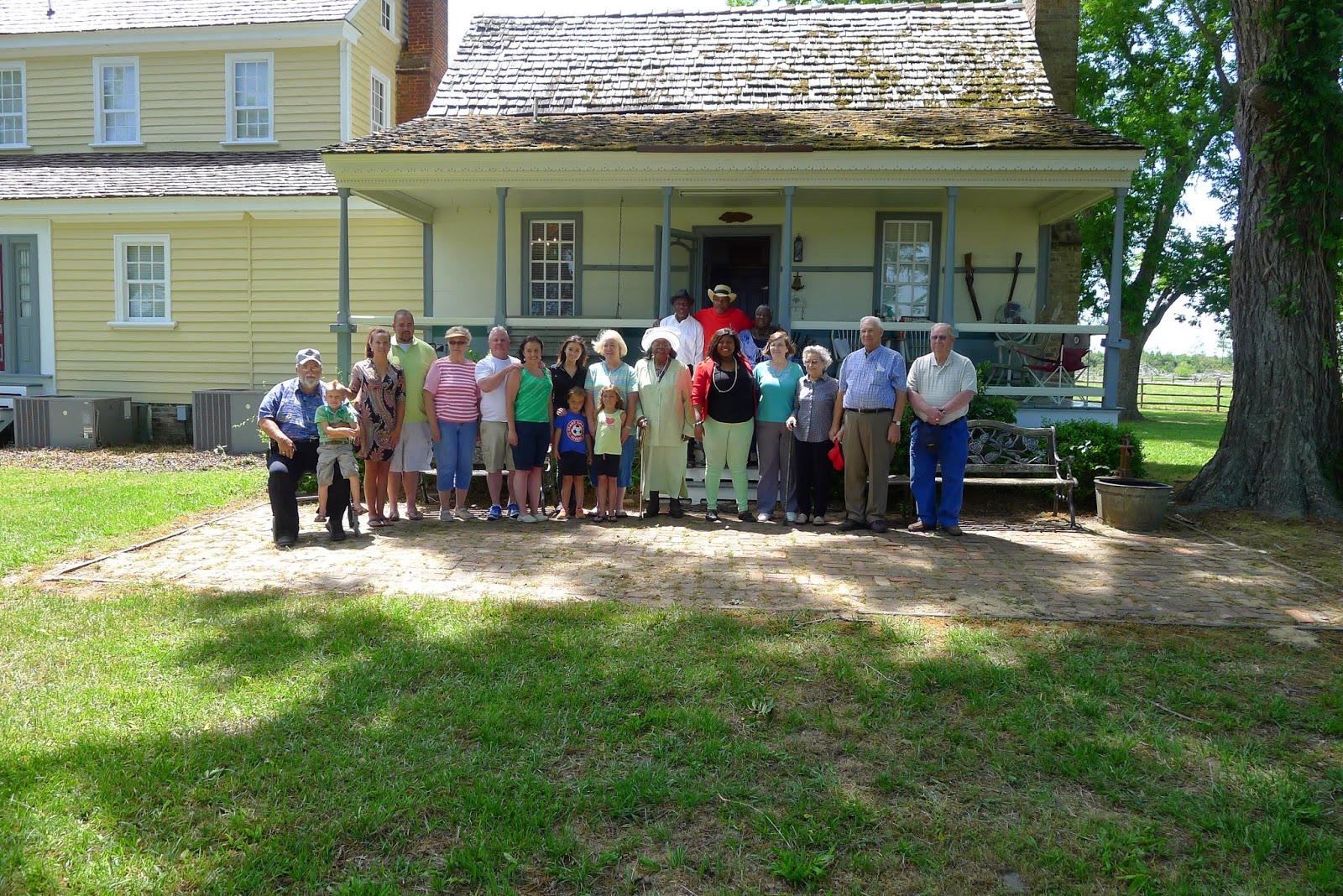 The next five below are non-clickable. 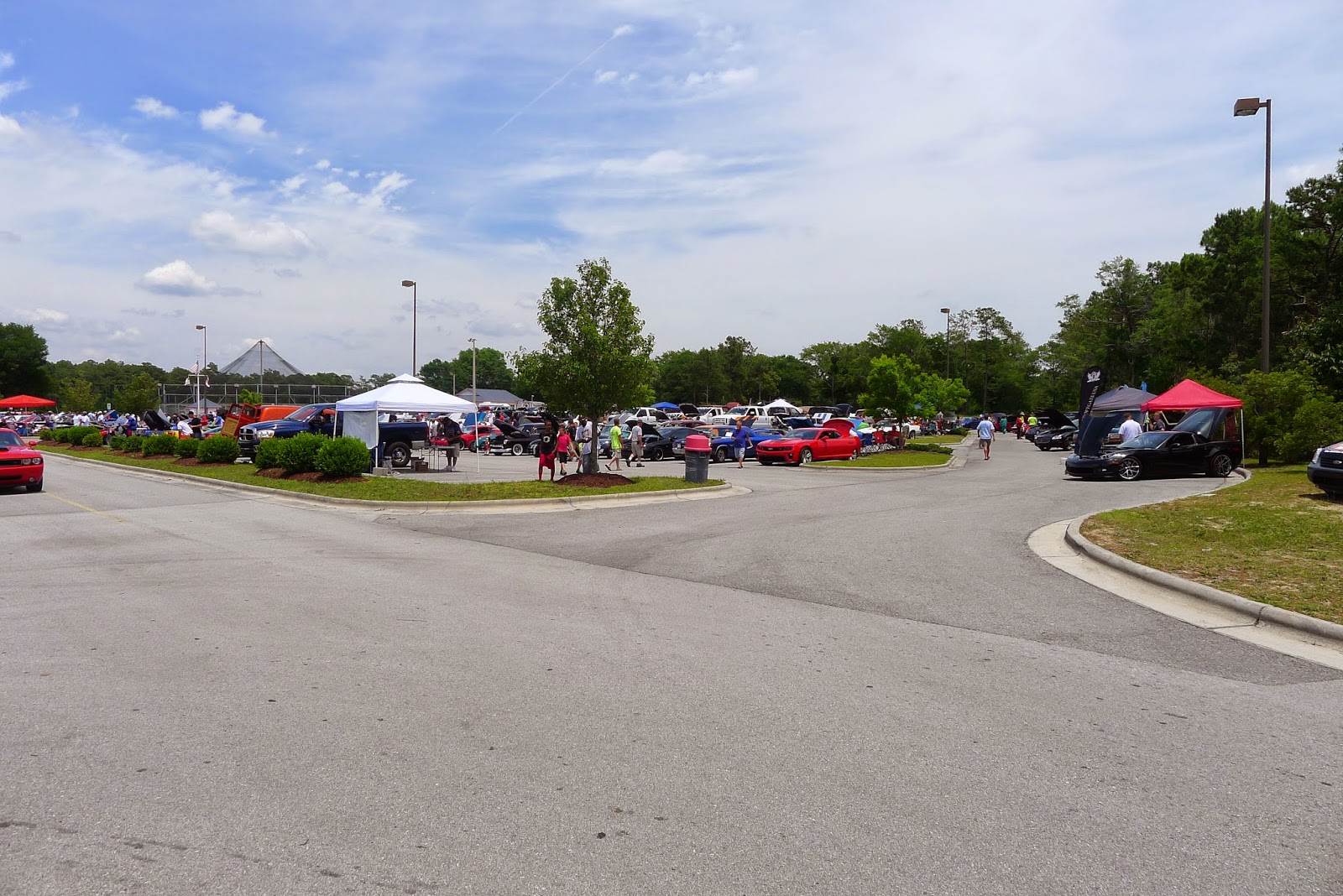 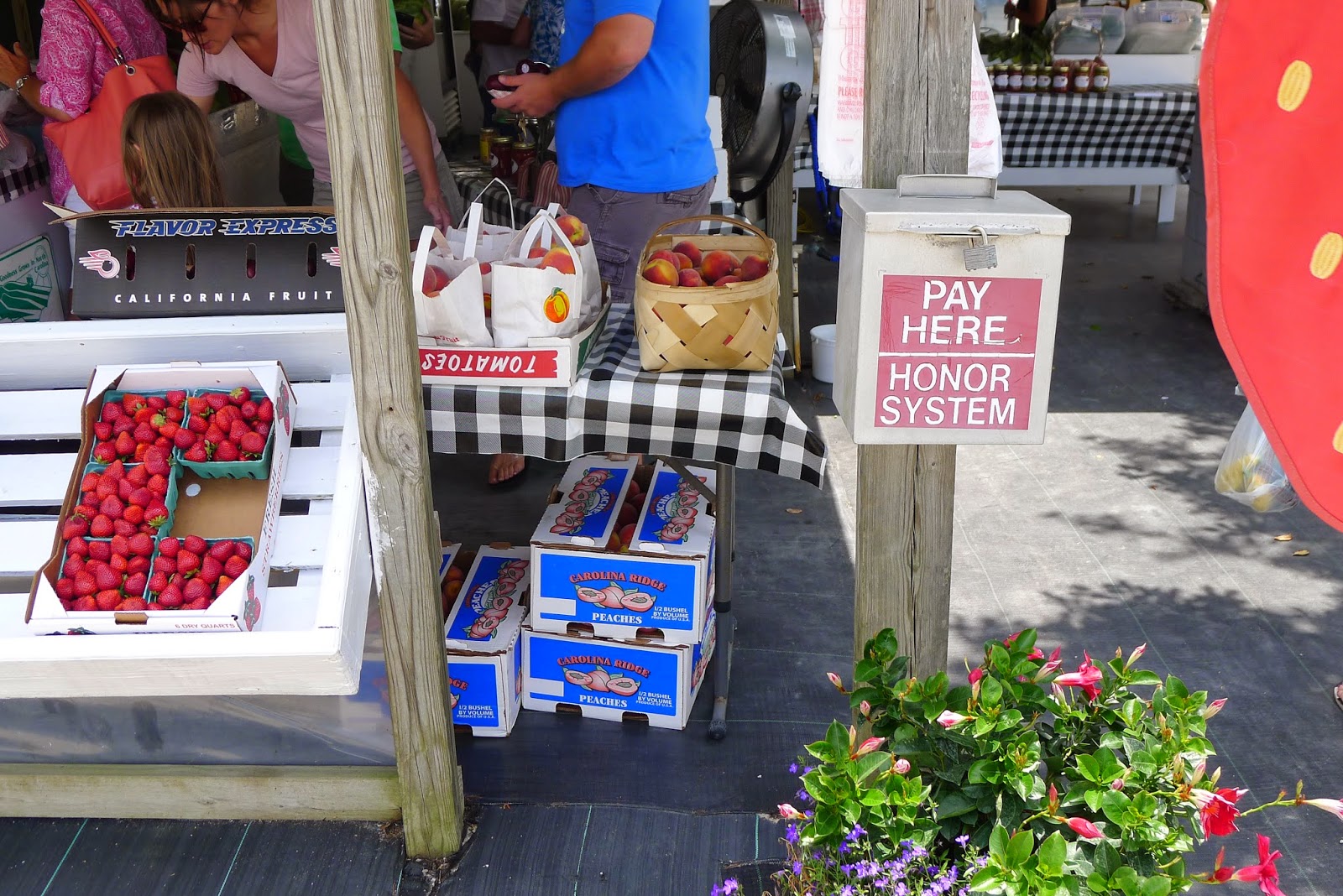 Still in vogue at places.
Posted by Brock Townsend at Saturday, June 07, 2014 2 comments:

Video: Psychologist Concerned About Mental Stability of President: Obama May Not Be “Sane” 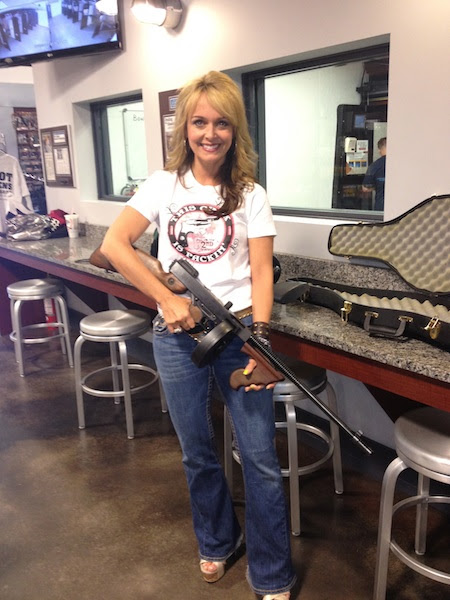 Forget about Barack Obama’s ultra-liberal policies — should Americans now be worried about the mental health of the current occupant of the White House? That was the alarming suggestion Fox Business Network viewers heard Tuesday evening.

Talking about the bewildering decision to trade five “high risk” Taliban leaders for Army Sgt. Bowe Bergdahl on Lou Dobbs Tonight, psychologist Dr. Gina Loudon said she has become “very, very concerned” that President Obama has become “irrational, erratic and perhaps not exactly what we might want to deem sane.” 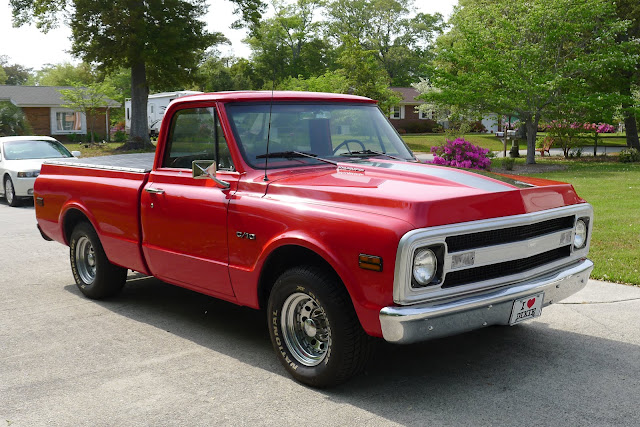 Decided I would sell it to buy this

Massive Alligator Caught Not Once, But Twice, near Hilton Head, S.C.


Finding an alligator prowling around the area is something that residents in the southeastern part of the country are relatively accustomed to dealing with—but finding a 12-foot monster that looks like it walked right out of a Discovery Channel special? That's a little less common. Even more so when it turns up a second time.

That's essentially what happened in Hilton Head, S.C., according to a report from The Island Packet. Last week, Critter Management owner Joe Maffo was called to help take care of one massive gator—which he estimated was 12-feet, 8-inches long and weighed nearly a half-ton—that had appeared on a local roadway. Maffo and his team showed up, wrangled the big ol' reptile and ultimately released it at the point of a local creek, expecting that it would decide Hilton Head was too much trouble and head for greener pastures.

They were wrong. The next day, Maffo responded to another call on the island—and came face-to-face with the same gator.

Editors Henry Steele Commager and Richard Morris note below the advantages held by the new American Confederacy in 1861, the most important of which was “that the South did not have to win on the field of battle in order to achieve independence, for it could afford to lose all the battles and all the campaigns and still triumph as long as it was prepared to settle simply for independence with no demands on the Union except the elementary one that it let the Sisters depart in peace.”
Bernhard Thuersam, Chairman
North Carolina War Between the States Sesquicentennial Commission
"Unsurpassed Valor, Courage and Devotion to Liberty"
www.ncwbts150.com
"The Official Website of the North Carolina WBTS Sesquicentennial"

“Nationalism has been a perennial theme in American historiography, but surprisingly enough historians have devoted but scant attention to the analysis of Southern nationalism.  Yet the brief and tragic experiment of the Confederate States of America with nationalism provides a laboratory scarcely less interesting than that provided by the American States between 1774 and 1789.

Because historians are camp followers of victorious armies, most of them take for granted the triumph of the first American bid for nationalism and the failure of the Southern. Yet on the surface at least, the Old South of the fifties and sixties boasted more and more persuasive ingredients of national unity than had the American States in 1774.

For the South – and the Confederacy – had, among whites at least, far greater ethnic homogeneity than had the United States of the 1770s, for less than one percent of the population of the Confederate States was foreign born.  It acknowledged a greater degree of religious unity than could be found in the original States – for outside Maryland and Louisiana the whole of the Southern population was not only Protestant but evangelical.

By modern standards it confessed pronounced class differences, but by its own standards it could boast that it was a classless society, for all whites could claim membership in an upper class: here was a principle of social philosophy which speedily took on the authority of a moral and a religious principle and provided the South with one of the most powerful of all the forces making for national unity – a common ideology.

Nor, for all its inferiority in population and resources, was the Confederacy without military advantages: a territory more extensive than any which had ever been conquered in the whole of modern history; interior lines of communication; a long military tradition and superior military leaders; and a not unreasonable expectation of a foreign intervention which could rescue the South as French and Dutch intervention had rescued the new United States during the Revolutionary war.”

Hard to beat their upbeat spirits and interesting to see one from the "gentler" sex. :)
Posted by Brock Townsend at Saturday, June 07, 2014 No comments: 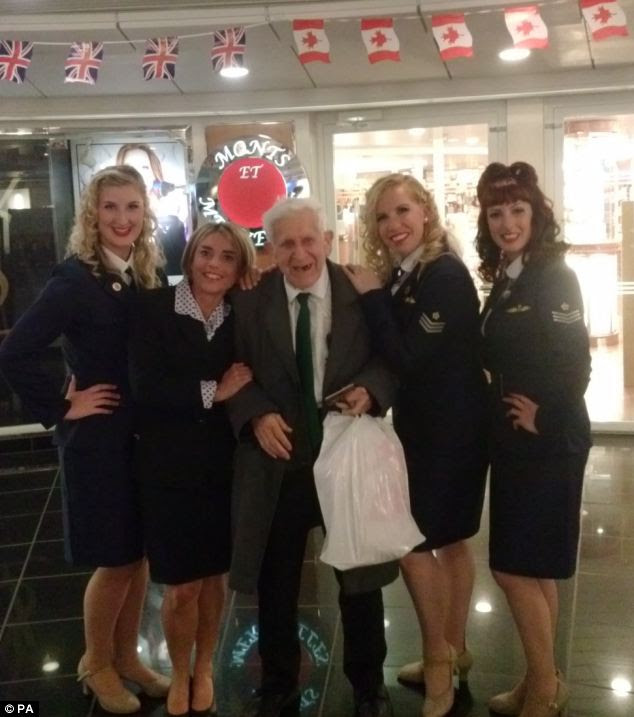 Brings a tear to the 'ol eye.

Veteran Bernard Jordan, 89, sneaked out of The Pines care home in Hove

Donning war medals under a raincoat, he joined his comrades on a coach

He said: 'I will be in some trouble with the care home, but it was worth it' 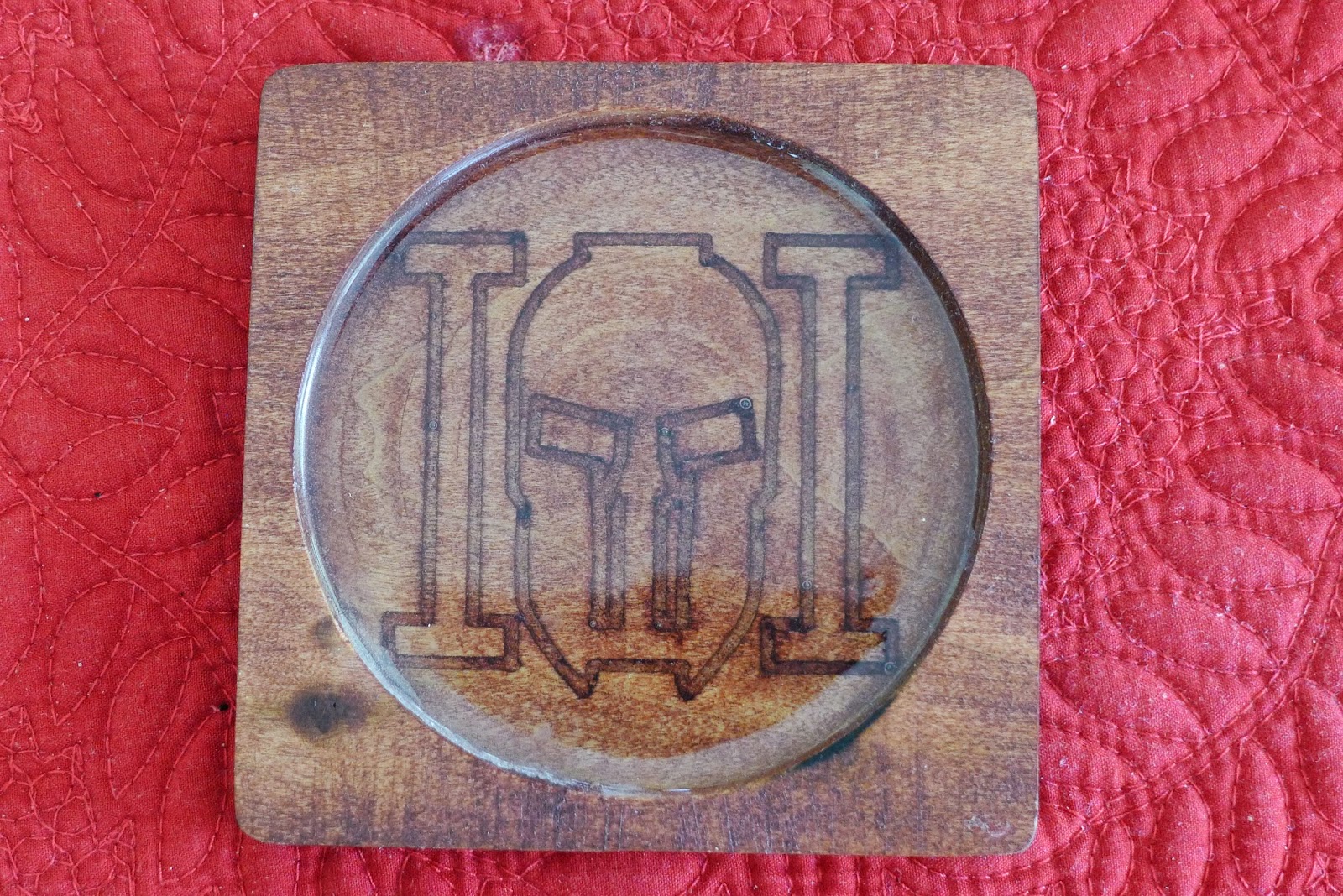 I have some and they are very nice.The glare is from clear protective coating.

Bottom two are from Michael. 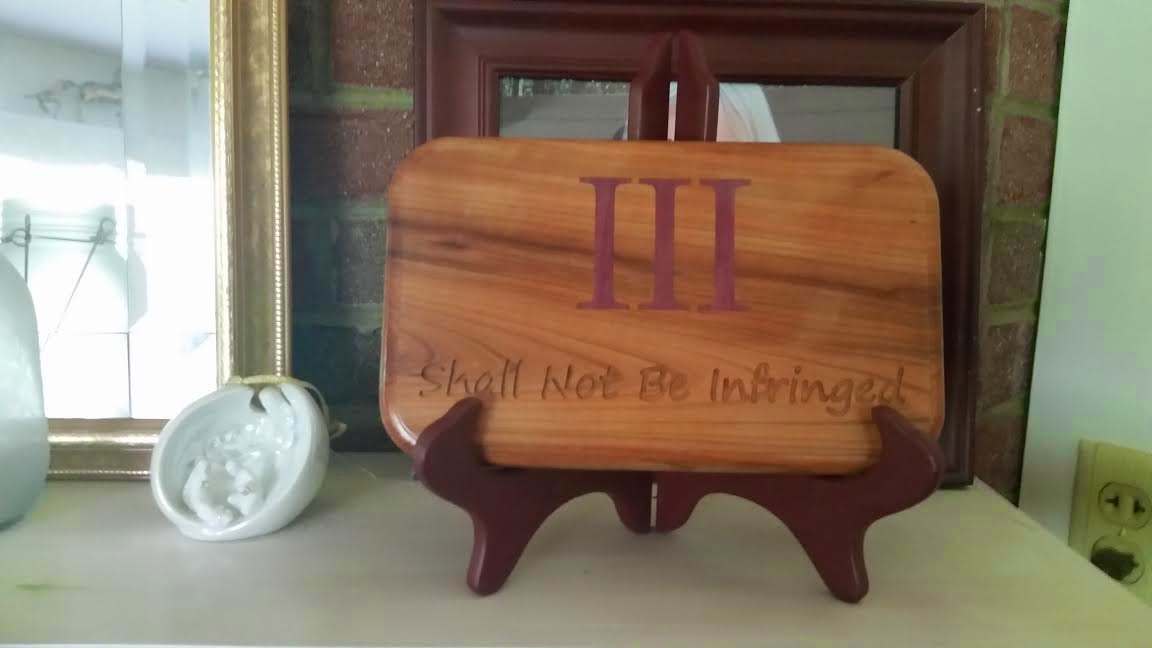 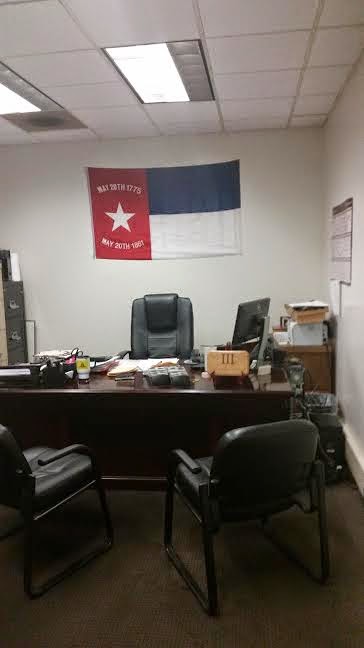 Student gets armed escort to and from school bus


“Gun-free” schools have been the scene of numerous acts of mass violence while the neighborhoods in which many children travel to and from school pose their own dangers.

While parents aren’t allowed to patrol a school hallway with a weapon, their Second Amendment right to protect their children en route between home and school hasn’t been removed.

A Michigan father is exercising that right, openly carrying his gun while he walks his daughter to and from her bus stop several blocks from home.

“I don’t mean to look intimidating,” Michael LaMay said in a recent interview with WZZM-TV in Muskegon Heights.

“Except to criminals. If you’re a criminal, I hope I look intimidating,” he said.

He said he took action because of a recent rise in violence in his community.

In anticipation of Jane Fonda's commencement speech on June 13 at UCLA's school of Theater, Film and Television, posters by street artist Sabo depicting the actress-turned-activist as "Hanoi Jane" have started appearing around Westwood and surrounding areas.

Black mobs in Chicago to get police escorts? 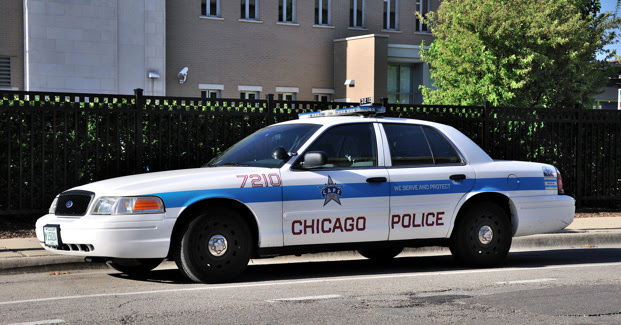 Chicago Police Supt. Garry McCarthy has been able to find a multitude of factors to blame for the violence gripping Chicago.

Already cited have been pilgrims and “government sponsored racism,” and he even compared Chicago gun crime and violence to Sarah Palin’s television show “Sarah Palin’s Alaska.”

But his most recent statements, explaining the Chicago Police Department will respond to rampant “wildings” (black mob violence) with escorts by police officers, has caught the attention of one noted critic of an ongoing pandemic of violence across the country.

It was because the statements confirmed violence that hadn’t been reported.

Top Oklahoma Republicans are outraged that the Obama administration will begin housing as many as 600 illegal immigrant minors at the Fort Sill Army Base as early as Tuesday — at an estimated cost to taxpayers of $252 per child per day.

"Our nation has an immigration problem and a national security crisis, but I don't believe the answer is for our military facilities to be transformed into a center that houses, feeds, and cares for illegal immigrants," Sen. Jim Inhofe, the ranking GOP member of the Senate Armed Services Committee, said in a statement on Friday.

"This only encourages parents to send their children unaccompanied over the border and, with the average-aged child being between 13 and 17, it exposes our military facilities to unknown security concerns."

Rep. Tom Cole, whose district encompasses Fort Sill, said that he was "astonished and upset that I and others have learned about the administration's plan from unofficial sources, rather than through a process of official notification.

Damn those loose Canadian gun laws! If only the NRA had less influence on the Canadian government! Didn’t those greedy capitalist gun nuts learn anything from Sandy Hook? Oh, that’s right, this kind of rhetoric makes even less sense in Canada than it does in the United States, where it is just as frivolous.

If I believe the news, and I don’t, but let’s just run with it, Justin Bourque is some kind of anti government guy who just decided to start randomly shooting police last night. There’s got to be more to it than that, but we obviously can’t expect the media to tell us how bad the government must have fucked this guy over for him to go on what will likely amount to a suicide mission.

As reported by the Globe & Mail, Justin was just walking down the street with some firearms in Moncton. Some busybody neighbor thought this was just terrible and decided to call the police. When the police showed up, with their guns, Bourque opened fire on them. Details are still fuzzy, but the body count currently stands at three dead police, two wounded police, and Bourque still at large, armed and dangerous.

Now police have the area on lockdown. Armored vehicles, robots, automatic weapons, you name it. All to find this kid who decided to walk down the street with a rifle.

Seems to me this all could have been avoided if the neighbor had minded her own business. Seems to me Justin was really upset about gun control, and wouldn’t have bothered anybody if his means of self defense were not threatened. Seems to me that when armed men show up to confiscate your weapons, killing them is a pretty clear cut case of self defense. I have yet to hear about an innocent victim here, only combatants in a war against freedom giving up their lives to their deity, the State.