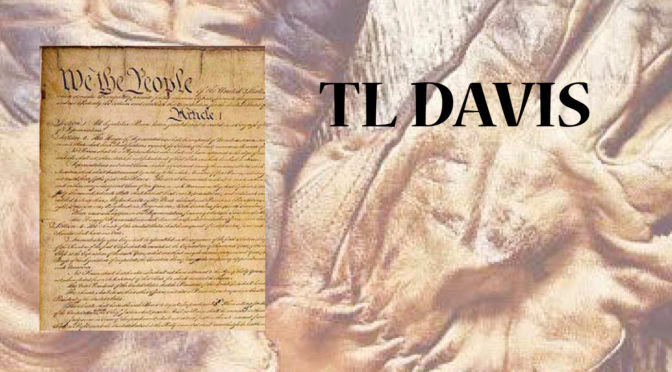 For a good period of time there has been a grace period during which any good patriot has been preparing themselves for the coming chaos. There are a lot of moving parts going into 2020 and as usual, most people are focusing on one or the other of theirmmost important issues, meaning that patriots are diffused andmlooking in different directions when they only need to focus on one.

2020 is not just an election, it is a moment of demarcation, between this nation and the next. While I could as easily argue that this nation ceased a long time ago, let’s for a moment agree that the remnants of a republic have remained in whatever disfigured condition it may be in. The real question on the ballot is whether America will become a socialist nation, corrupting any remaining institutions of the republic and capitalism, beginning with the electoral college.

The idea of the electoral college is to ensure that smaller, less populous states continue to have a voice in any national election. If a president is to be elected to rule over the entire nation, then every state must have a voice in choosing that office.

But, since the electoral college has denied the socialist/communist forces in America, it must be done away with. In other words, what they cannot dominate, they must corrupt to the point of irrelevancy.

The destruction of the electoral college would ensure that only the states securely under socialist/communist control will be required to secure the presidency and that every other state
will be irrelevant. This is exactly what the founders wanted to prevent.

The Supreme Court is another target of the socialist/communists since it is no longer under liberal control. I would offer that it is still under liberal control in the sense that it has almost from its inception been used to gain political power rather than to uphold the Constitution. The socialist/communist power triangle of media, academia and politics has ensured that even conservative justices recognize that the Constitution is not the last word, they are and they use their power to control society more than liberate it from political despots.

What patriots should be focusing on is making sure that friends and family understand that when they vote Democrat again, they will, in effect be voting for socialist communism. It is not democratic socialism as Bernie Sanders claims. Socialist communism is a means whereby a socialist system retains aspects of capitalism that allows creation of powerful corporations so long as those corporations pursue the socialist communist agenda and are destroyed by regulation if they do not.

Since socialism is a waypoint on the road to communism, the focus is on socialism as a ruse, but allowing Democrats the latitude to call themselves democratic socialists is a mistake. They are socialist communists and for the average

Democrat voter to understand that is at least important, because there is no middle ground.

Everything Alexandria Ocasio Cortez says will become their agenda as stupefyingly ignorant as that
would be.

The reason all of this political nonsense is important, when the outcome is almost ensured by illegal voters and the corruption of the system is nearly complete enough to get any outcome they want, is because the 2020 election is the demarcation point.

What I mean by that is this last election, as corrupt as it is, is the moment when whatever preparations have been made will be needed no matter which way it goes. Obviously, if the Democrats win and put the final cap on the republic and capitalism, that will require a response. Or, the Republicans will
win and the Democrats will literally come apart at the seams. The Democrats might not even get past their own convention before they reveal to your friends and neighbors how deeply communist they really are, as hard as the media will try to hide that fact or normalize it.

Deep within every patriot is the knowledge that America is gone and there is no way to revive it. Also, there is the hope, the belief that the people they know are not as willing to go down
the road of communism that the Democrats believe they are. So they have been too forgiving and tolerant. I suggest that comes to an end in 2020.

A patriot will be willing to act on their own to show their unwillingness to live under a socialist communist system. A lot of of people would like me to spell all of this out, but if that is needed, I would be communicating with the wrong people. I believe in America, the republic and the individual. As they say, when freedom is outlawed, every act of freedom is a crime. You can thank a Republican president and a conservativeSupreme Court for that.

It is hard to understand that everything that represents a nation one loved, fought for and believed in is gone, but once onecan look at the symbols of the nation and see them for the fraud they are, the lie they represent, action against those who corrupted it is duty.

The newsletter is available by sending an email to tld@tldavis.com and placing in the subject line newsletter or subscribe. The books and film presented above are available in various forms via links at tldavis.com.
Posted by Brock Townsend at Monday, June 17, 2019 4 comments: Links to this post

Emily, my first child born in Saigon and family! 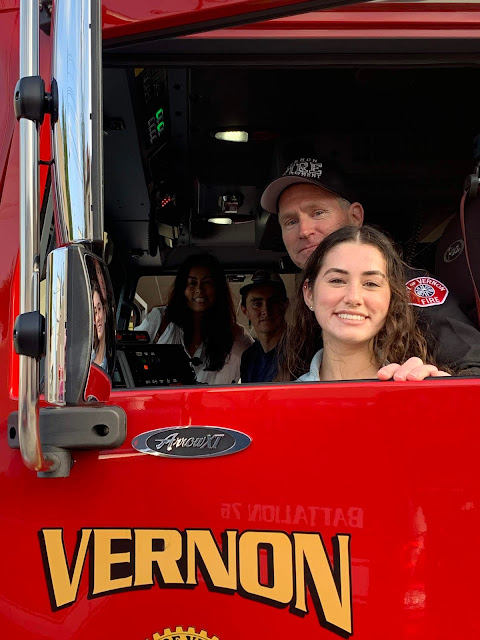 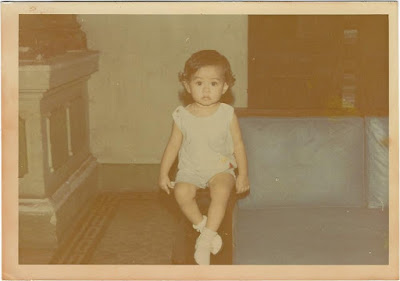 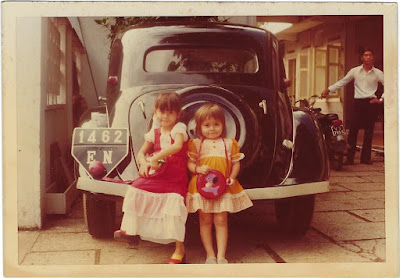 Emily, Virginia and my 1952 Citroën. 1973/74. Virginia was born in Saigon also. Emily at St. Paul's and Virginia at Việt Mỹ, Vietnamese American Hospital which proven far inferior to St. Paul's.
Posted by Brock Townsend at Monday, June 17, 2019 2 comments: Links to this post

The All-American Couple Deemed Too Dangerous to Live

Clyde was partial to the Browning Automatic Rifle for its prodigious firepower and maneuverable chassis. He called it his Scattergun for the way it scattered a crowd. 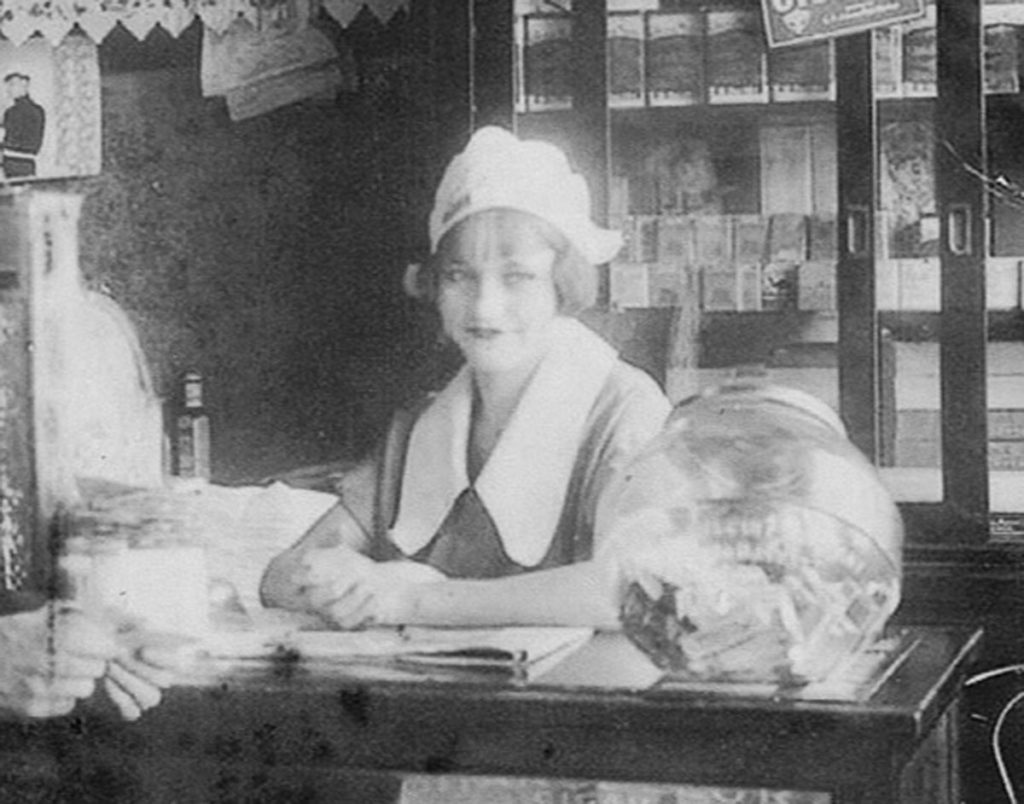 Bonnie Parker was both cute and flirtatious. Here she is shown at work in the Dallas diner where she served Ted Hinton, the man who ultimately killed her.

Bonnie Elizabeth Parker was born in 1910 and stood all of 4’11” tall. The second of three children, Bonnie was nobody from nowhere. Her father was a bricklayer who died when she was four. This unfortunate young lady came of age in a single parent home at the height of the Great Depression. Such sordid circumstances made a person desperate for something, anything, better.


More @ Guns America
Posted by Brock Townsend at Monday, June 17, 2019 No comments: Links to this post


As part of President Donald Trump’s commitment to open public lands to the public, his administration has proposed expanding access at federally controlled wildlife refuges and fish hatcheries by more than 1.4 million acres.

The proposal is currently up for public comment and could take effect this fall.
“He’s basically said, ‘Git-R-Done,’” Interior Secretary David Bernhardt said of Trump in an interview, according to the Washington Examiner.

When he heard the clicking sound, he turned and savagely beat her. The homeowner survived, but she has promised to buy a new gun — one with a good-sized magazine. Good thing, because she needs it.

The calls for more gun control are in full swing.

Following the Virginia Beach mass shooting last Friday, Democrat presidential hopefuls are lining up to restrict the rights of honest Americans and to shred the Second Amendment.

The comments from socialist Bernie Sanders are typical. In the aftermath of the shooting, he blasted the gun lobby for “controlling Congress” and called for more “gun safety legislation” as the panacea for every societal ill. Virginia Gov. Ralph Northam followed with his own calls for specific gun restrictions.

But in the midst of all the hyperbole, there was one inadvertent admission. The chief of police in Virginia Beach — a gun control advocate himself — admitted that additional gun control would not have made a difference.

Here’s why Chief James Cervera is right on this point.


More @ The Daily Caller
Posted by Brock Townsend at Monday, June 17, 2019 2 comments: Links to this post

Kahr Arms T150DCRTS: All the classic details of the time honored original are reproduced in today's semi-auto Thompson 1927-A1. The Deluxe has a frame and receiver machined from solid steel, fixed buttstock, pistol grip, and vertical foregrip. Its receiver also has a blade front sight with an open rear adjustable. The finned barrel features a Cutts compensator. This model has a 16.5" barrel, hard-chrome with tiger stripe metal finish and comes with one 50-round drum and 20-round stick magazines.


More @ Kahr Arms
Posted by Brock Townsend at Monday, June 17, 2019 No comments: Links to this post

Occhionero claims and it was reported that:


Members of Italian intelligence were approached by Hillary Clinton, the Obama Administration, and the Deep State in order to frame Trump by PLANTING EVIDENCE on American servers to force Trump to step down from office.

In other words, members of Italian intelligence found a target in Occhionero, a Republican-sympathizer who had two servers for his company, Westland Securities, located in America. One was in Washington State, and the other in West Virginia.

The plan was for Italian Intelligence to hack into these servers, plant classified emails from Hillary’s servers inside these servers on American soil, and then alert the FBI.

The FBI would then raid these locations, “discover” these e-mails, investigate, link these servers to Trump…

And then force Trump to resign.

Posted by Brock Townsend at Monday, June 17, 2019 No comments: Links to this post

President Trump: Obama ‘Had to Know’ of ‘Setup’ to Block His Presidential Bid


More @ Geller Report
Posted by Brock Townsend at Monday, June 17, 2019 No comments: Links to this post 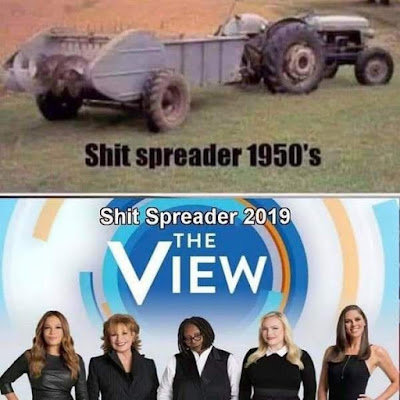 Posted by Brock Townsend at Monday, June 17, 2019 2 comments: Links to this post