Propaganda. It’s a well-known word defined as “information, especially of a biased or misleading nature, used to promote or publicize a particular political cause or point of view.” And, I might add, used for the purpose of demonizing and destroying one’s enemies. The South has had more than its fair share of time in the crosshairs of Yankee propaganda, and one of the most well-known anti-Southern propagandists is James W. Loewen.

But let us not kid ourselves, soft-pedal the truth, or play nice. Loewen is a great deal more than simply a propagandist; he’s a moral crusader seeking to scrub American history of anything that does not fit his progressive worldview and purge our country from its abominable sin of racism. His writings, including the famous, or rather infamous, book Lies My Teacher Told Me, which David Horowitz has called an “extreme and ill-informed polemic,” and the anti-South diatribe, The Confederate and Neo-Confederate Reader: The “Great Truth” About the “Lost Cause,” as well as numerous articles and columns, are, without a doubt, the greatest examples of cherry-picking evidence one is likely to ever encounter.

Tarboro: 81 Today and the Shad are Running!

Posted by Brock Townsend at Friday, February 16, 2018 No comments:

The FBI Flip-Flop on Flynn

An interesting and rather confusing story has recently emerged surrounding Donald Trump’s former national security advisor, Michael Flynn, and his guilty plea of making false statements to the FBI during a Jan. 24, 2017 meeting at the White House. This meeting prompted a Washington Post story which reported that the “interview potentially puts Flynn in legal jeopardy,” because “lying to the FBI is a felony offense.” The following month, former FBI Director James Comey was questioned by Congress as to whether the report was accurate on Flynn having lied. Comey assured lawmakers that the two FBI agents who questioned Flynn believed that he had been honest and forthcoming and had not lied to them, nor did they believe any possible inaccuracies on his part to be intentional. Sources claim that after receiving Comey’s answer lawmakers came away with the understanding that Flynn would not be charged with a crime pertaining to that Jan. 24 interview.

Nine months later and Robert Mueller’s Trump/Russia special investigation charges Flynn with lying to the FBI, to which he pleads guilty. What’s going on here?


More @ The Patriot Post
Posted by Brock Townsend at Friday, February 16, 2018 No comments:

Russia targeted the U.S. presidential election with "information warfare" intended to sow discord among Americans, according to an indictment of 13 individuals announced Friday by the Justice Department.

"The defendants allegedly conducted what they called information warfare against the United States with the stated goal of spreading distrust towards the candidates and the political system in general," said Deputy Attorney General Rod Rosenstein.

He said there is no allegation in the indictment that Americans were involved in the Russians' efforts, which included using social media accounts to pose as American citizens. In 1969, I was in high school. At our school we used to sneak off to the parking lot, as far away from the school as we could get, to smoke cigarettes. (Which was against the rules, of course, although we all carried packs of smokes around in our shirt pockets.) One time, out at our smoking spot, one of my friends said, "Hey, you guys wanna see my new birthday present?" He opened the trunk of his car and brought out a brand-new (unloaded) deer rifle with a 3x9 telescopic sight. We were passing it around from guy-to-guy admiring it, looking through the scope, pointing it down the street , looking at other students across the campus and other stupid teenaged boy behavior, when this deep voice loudly said, "WHAT ARE YOU ASSHOLES DOING?" We turned around, and there was Coach Carr, bigger than hell. The guy with the rifle quickly tossed it to the owner, who squeaked out, Eddie-Haskell-like "Oh, gosh, Coach, I was just showing the guys my birthday present."

Coach Carr relaxed and said, "Oh. I thought you were smoking. Put that shit away and get back to class."

U.S. Immigration and Customs Enforcement deportation officers and special agents took a total of 212 people into custody during 122 notices of inspection to businesses throughout the southern California region.


ICE said 195 of the arrestees were convicted criminals, had been issued a final order of removal and failed to leave the country, or had been previously removed from the U.S. and returned illegally.
More @ Washington Examiner
Posted by Brock Townsend at Friday, February 16, 2018 2 comments: 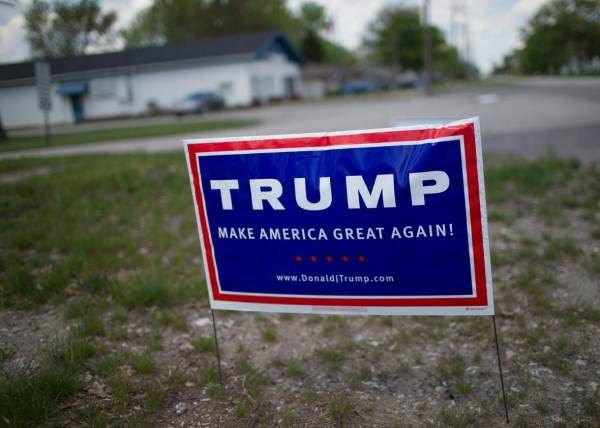 This is all they got on Trump.
If Mueller looked at the Clinton campaign and Russian collusion they could write volumes and indict dozens Hillary operatives.

Donald Trump likes the idea of teachers bearing arms in the K-12 classroom. “I will get rid of gun-free zones on schools — you have to,” the Republican nominee told a crowd at a campaign rally in Burlington, Vt., in 2016. “My first day, it gets signed, okay? My first day. There’s no more gun-free zones.”

Tucker: Calls for gun control are a kind of class warfare

Posted by Brock Townsend at Friday, February 16, 2018 No comments: 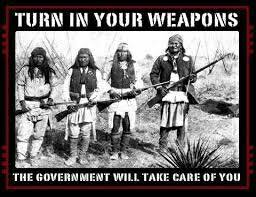 It is difficult in the aftermath of the Parkland, FL shooting to have to come up with such a stance, but  the collectivist left leaves no alternative. No, we will not give up our guns, not now, not if you have another hundred school shootings. Columbine was the worst school shooting in history nearly 19 years ago, 19! In the aftermath, while law enforcement stood about outside the building unsure of whether to enter, or where, or if the shooting was ongoing, America has still not solved the issue of school shootings.

Why so many shootings at schools?

Goldman Sachs CEO, who backed Hillary, gives Trump credit for the economy, says it's better than if Clinton won

The US economy is better off under President Donald Trump that it would have been under Hillary Clinton, according to Lloyd Blankfein, the CEO of Goldman Sachs.


"If the president didn't win and Hillary Clinton won ... I bet you the economy is higher today than it otherwise would be," Blankfein said in an interview with CNN's Christine Romans.

Blankfein had backed Clinton's bid for the White House.

Two days before Trump's inauguration, he linked Wall Street's newfound confidence to Trump, but fell short of giving him full credit. "I think one of the reasons why the election had such a dramatic effect is because it was drawing people in the direction that it was already heading," Blankfein told CNBC from the 2017 World Economic Forum in Davos, Switzerland.

The FBI Is Not Just Corrupt, It Is Criminally Negligent

Via comment by Papa on FBI too busy committing TREASON to stop the Florid...

So the FBI, we now know, had a confirmed report that Cruz had posted a comment on a Youtube Video in which he claimed he was going to be a "professional school shooter."
The FBI claims they could not find the person.

This is a bald lie.

Russian firm PUF GUN — Perfect Units for Guns — released a set of head-turning quad-stack magazines for AK-74-pattern firearms that are starting to make their way into the U.S. These monster “coffin” magazines hold twice as much as a standard mag — 60 rounds of 5.45x39mm.

Designed for competition use the PUF GUN “Four-Row” mags feature a modern polymer construction with reinforcing ribs and added grip texturing for use with gloves. PUF GUN makes them in khaki, sand, olive drab and of course, black.

Via comment by Jeffery in Alabama on  GRAPHIC VIDEO: Islamic/Antifa links of Florida Mas..

Anyone know for sure which picture is correct?

Leon County law enforcement sources told the Tallahassee Democrat that they could not find information linking Cruz, 19, to the Republic of Florida Militia, as claimed by the group’s self-proclaimed leader Jordan Jereb.

His comments to the Anti-Defamation League and The Associated Press set off a media firestorm Thursday at about midday that Cruz was connected to the alt-right, white nationalist group.