“Only the Left is Left at College”

Anyone who has followed the college scene in the last several decades has to realize that most college campuses in our day are so far to the left they are almost over the edge. Some of the leftist sponsored programs at some college campuses are strickly exercises straight from La-La Land and I often wonder if some of the students involved realize the ramifications of this cultural Marxist drivel and how it will impact their lives, and even the lives of their children. Obviously they don’t because they continue to “wallow in the cultural Marxist garbage” thinking they are making the world a better place when all they are really doing is playing the part of useful idiots for their leftist manipulators.

Many people mistakenly believe that asylum seekers have a right to apply for asylum in the United States.

The first paragraph in the Immigration and Nationality Act’s (INA) asylum provisions provides that aliens physically present in the United States “may” apply for asylum.

But the second paragraph provides the following three exceptions, and asylum may be denied on the basis of disqualifying conduct, such as having been convicted of a particularly serious crime.

Fox Business on Sunday said it pulled an episode of "Lou Dobbs Tonight" that contained what critics said was anti-Semitic sentiment just a day after a gunman killed 11 people in a synagogue in Pittsburgh.

In the segment, Judicial Watch official Chris Farrell claimed a Central American migrant caravan moving towards the U.S. southern border is being funded by the "Soros-occupied State Department." 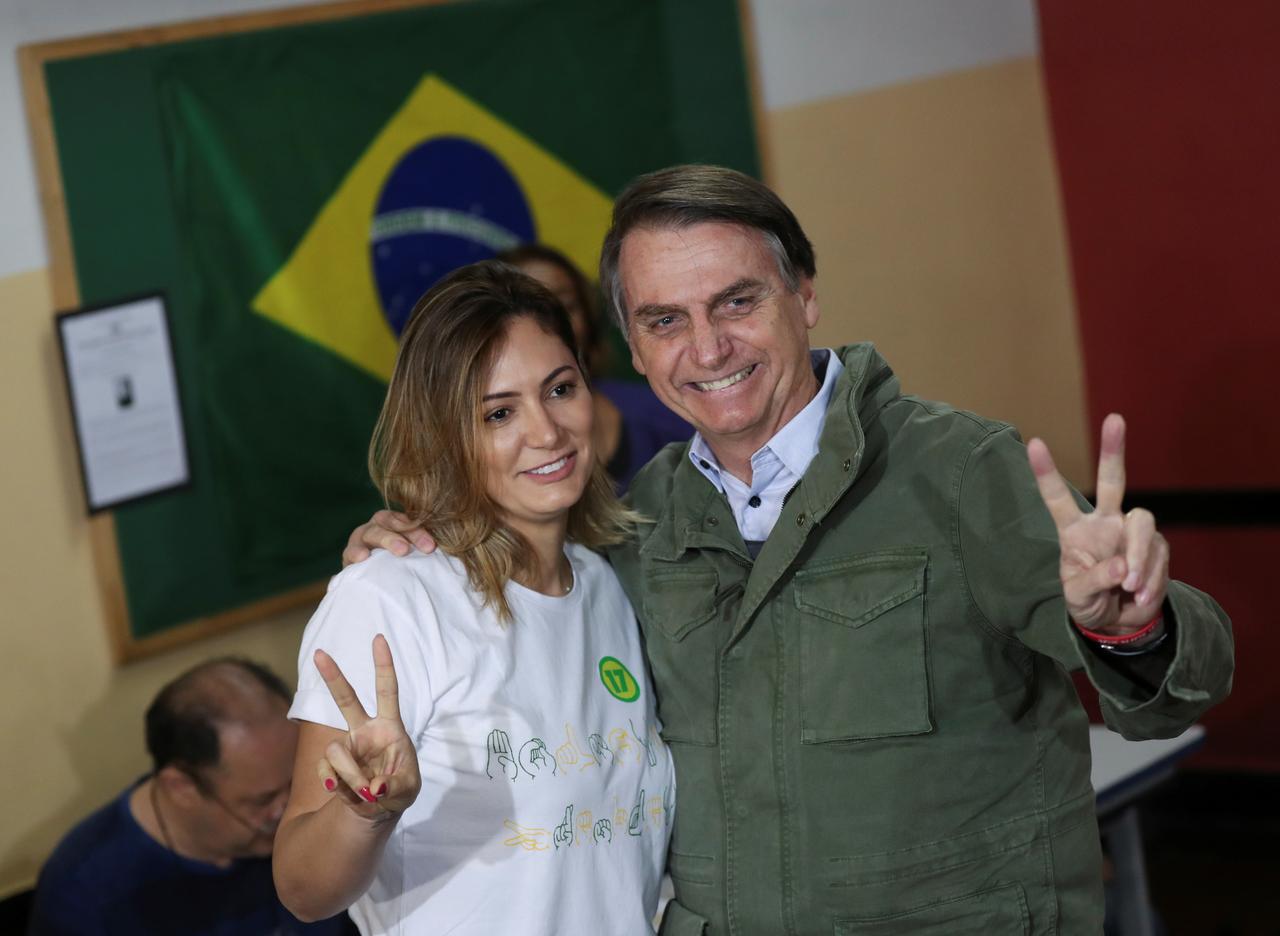 The 63-year-old seven-term congressman has vowed to crack down on crime in Brazil's cities and farm belt by granting police more autonomy to shoot at criminals. He also wants to let more Brazilians buy weapons to fight crime.


Far-right lawmaker Jair Bolsonaro won Brazil's presidential election on Sunday, riding a wave of frustration over corruption and crime that brought a dramatic swing to the right in the world's fourth-largest democracy.

With 94 percent of ballots counted, Bolsonaro had 56 percent of the votes in the run-off election against left-wing hopeful Fernando Haddad of the Workers Party (PT), who had 44 percent, according to the electoral authority TSE.

"We cannot continue flirting with communism ... We are going to change the destiny of Brazil," Bolsonaro said in an acceptance address in which he vowed to carry out his campaign promises to stamp out corruption after years of leftist rule.

U.S. Customs and Border Protection Commissioner Kevin McAleenan said asylum-seeking families have strained his agency’s ability to respond to the caravan of thousands of immigrants headed for the U.S.-Mexico border.

“Obviously the system is beyond capacity right now,” McAleenan said, with the Border Patrol responsible for transporting and caring for asylum seekers.

“I’d like to free up my officers and agents to do law enforcement work. That’s what they’re trained for, that’s what the American people need them to do on the front line to address security risks,” he said.

Joy Villa w/ Will Johnson at the #Walkaway March: “Americans Are Sick of the Mob Mentality of Democrats”

Posted by Brock Townsend at Sunday, October 28, 2018 No comments:

Posted by Brock Townsend at Sunday, October 28, 2018 No comments:

California Should Be Embarrassed 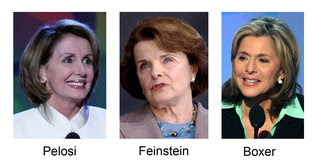 Frankly, I don’t know what it is about California, but we seem to have a strange urge to elect really obnoxious women to high office. I’m not bragging, you understand, but no other state, including Maine, even comes close. When it comes to sending left-wing dingbats to Washington, we’re number one. There’s no getting around the fact that the last time anyone saw the likes of Barbara Boxer, Dianne Feinstein and Nancy Pelosi, they were stirring a cauldron when the curtain went up on “Macbeth”.

The three of them are like jackasses who happen to possess the gift of speech. You don’t know if you should condemn them for their stupidity or simply marvel at their ability to form words.

Sarah Sanders: "Is there any tragedy the Washington Post won’t exploit to attack President Trump?

Is there any tragedy the Washington Post won’t exploit to attack President @realDonaldTrump? The evil act of anti-Semitism in Pittsburg was committed by a coward who hated President Trump because @POTUS is such an unapologetic defender of the Jewish community and state of Israel.

More @ The Daily Caller
Posted by Brock Townsend at Sunday, October 28, 2018 No comments: On Friday, Facebook identified and deleted 82 accounts, groups and pages after determining they were part of an online influence operation based in Iran.

The Iranians operated 33 individual accounts and three groups, 30 Facebook pages, as well as 16 accounts on Facebook-owned Instagram, Nathaniel Gleicher, head of Facebook’s cybersecurity policy said in a statement on Friday.

Combined, the pages had more than 25,000 members and over 1.02 million followers, Gleicher said. In addition, 28,000 followed at least one of the 16 Instagram accounts. The network also hosted seven separate events, purchasing two ads on Facebook, spending less than $100 to promote them.

“The Page administrators and account owners typically represented themselves as US citizens, or in a few cases UK citizens — and they posted about politically charged topics such as race relations, opposition to the President, and immigration. Despite attempts to hide their true identities, a manual review of these accounts linked their activity to Iran,” Gleicher said. Just this week, a poll came out—I won’t mention the polling company—that had U.S. Senator Bill Nelson (D) ahead in his Florida senate race against Governor Rick Scott by (hang on) . . . 17 points.

Now, even if you think (and I don’t) that Nelson is ahead, this is one of those whoppers that stands up there with Hillary Clinton winning the Michigan Primary in 2016 (when Bernie Sanders drubbed her by double digits) or every single one of the pollsters getting Wisconsin wrong. The average error was six points. Some were off by as many as nine points to achieve that stunning error. Only two pollsters, Trafalgar and People’s Pundit Daily, had Donald Trump winning Pennsylvania or Michigan.
Every single “major” pollster had him losing both.

Now comes Drudge with a scare headline about a Florida “wipeout!” Well, he’s right in part. There will be a wipeout, but not of the Republicans.

Via  Gleason via Knuckledraggin' My Life Away

“For decades, the black community has been in an emotionally abusive relationship with the Democrat Party,” she explained in an announcement. “Our fidelity to leftist politicians coupled with our false belief that a larger government might facilitate solutions, has led to the overall collapse of our families, neighborhoods, and incidentally, our futures.”

“BLEXIT is a national movement of minorities that have awakened to the truth. It is for those who have taken an objective look at our decades-long allegiance to the left and asked ourselves ‘what do we have to show for it?'”

Not much, save for increased racial tension, overwhelming unemployment (until recently), rampant crime and broken homes and families galore.