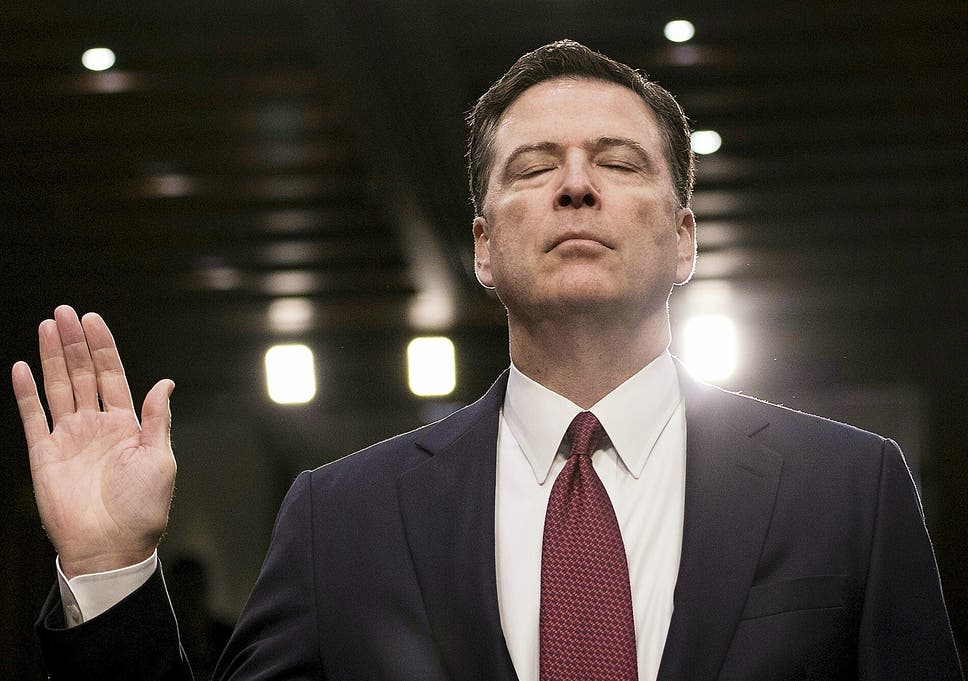 The summarized results of special counsel Robert Mueller’s investigation have been released and you have a right to be angry, America.

Politically stained leaders of the FBI, CIA and the Office of the Director of National Intelligence (ODNI), in concert with politicians bereft of principle and a flaccid press, grabbed onto an obvious Russian intelligence propaganda operation hook, line and sinker and ran with it like they were Vladimir Putin’s errand boys.

Andrew McCabe, the fired deputy director of the FBI, infamously asserted during his recent book promotion tour that President Trump was an agent of the Russian government. Mueller, with his large team of Democratic Party-affiliated attorneys supported by FBI agents and analysts, disagreed.

After multiple assurances that it was a voluntary agreement, the EU has declared that the “UN Migration Pact legally binding after all,” but through the back door — the way many such schemes are implemented. Loopholes are manipulated while the public is given a false sense of security. This particular back door may not even be legal, but the EU is trying to make appear to be.
…
The precise status of the UN Migration Pact is still being debated, but one thing is clear, aside from strenuous efforts to maximize its powers through the back door. The UN and Brussels are trying to force the Pact upon sovereign states, even those that rejected it, and maximize its impact. The European Commission’s Legal Service is holding to the view “that the UN compact should have legally binding consequences for every EU member state including those which withdrew from the agreement.”

The 9th, par for the course.

In this country, the inmates literally run the asylum. Our court system is of, by, and for illegal aliens, while Americans, including those killed by illegal aliens, are left out in the cold. The upshot of the latest ruling from the Ninth Circuit is that while illegal aliens can now sue our country and win judgments against law enforcement for enforcing federal law, victims of illegal aliens cannot sue sanctuary cities for thwarting federal law and causing the deaths of their loved ones. Welcome to the new America.

Made possible by President Trump's declaration of national emergency


On Monday night, the Pentagon notified Congress that it had authorized transferring $1 billion from the Department of Homeland Security to the Army Corps of Engineers in order to start new construction of 57 miles of fencing on the southern border.

I'll guess the DA was paid off.

Chicago Mayor Rahm Emanuel sounded off on the "ethical costs" of the investigation. He regretted that Smollett had used hate crime legislation laws to "self promote" his own career. Especially because it comes at the expense of actual hate crime victims.

"This is a whitewash of justice."

Emanuel further noted how the actor continued to claim innocence even after evidence of the hoax surfaced.

"How dare he!" the mayor said. "There's still no sense of ownership of what he’s done."

The list of attempts and fails is long. The Mueller Witch Hunt has been added at the bottom.

The Challenge of the Southern Tradition

In 1966, Senator Jim Eastland of Mississippi walked into the Senate Judiciary Committee and asked, “Feel hot in heah?”

A staffer replied: “Well Senator, the thermostat is set at 72 degrees, but we can make it colder.”

Eastland, puzzled by the response, doubled down, “I said, Feel Hot in heah?”

The staffer now was perplexed and fearing that he might not understand the question suggested that he would lower the temperature.


More @ The Abbeville Institute
Posted by Brock Townsend at Tuesday, March 26, 2019 No comments:


The 4th US Colored Infantry was recruited in Baltimore with enrollment agents scouring the city, though “many of the city’s residents . . . reluctant to enlist – perhaps [because] so many had been dragooned into service by [General Robert] Schenck.” The latter impressed local slaves and free blacks into service at will to defend the city from liberation. Many of the black recruits were forcibly removed from area farms and plantations, and in late July 1863 authority was granted to remove the inmates of a slave prison in the city for use as soldiers.

Any “able-bodied black male of military age owned “by an avowed Confederate or Rebel sympathizer” was subject to impressment. Lincoln’s proconsul in Maryland was “Governor” Augustus W. Bradford, a slave owner and committed Unionist who was allowed to keep his slaves. These black recruits received no bounty as white troops had, and only white officers were allowed to command black units.  Lincoln added black men to his conscription net, and poor black men could not afford the $300 substitute fee to avoid service.
Bernhard Thuersam, www.Circa1865.org  The Great American Political Divide

“[General Joseph E.] Johnston’s surrender immediately placed the Union forces in North Carolina on occupation duty. Now that hostilities were officially ended, it was feared the USCT might break free of wartime restraints to trespass, assault and loot. [Colonel Samuel] Duncan was enjoined to place a guard at virtually every house on his route [to Goldsboro . . . [indicating] the low opinion that their own commanders sometimes entertained of the discipline and deportment of the USCT.

By the end of 1865 – five months after the XXIV Corps had officially ceased to exist – only a handful of Caucasian regiments in the Army of the James remained in the field. These units would be mustered out the following January and February. Much of the army’s USCT strength, however, would be kept on active duty for almost another year.

The War Department knew that if it were to keep white volunteers in service well beyond their appointed term of “three years or the duration of the war,” it risked the wrath of voters and their political representatives.

Not surprisingly, the War Office preferred to alienate African American troops, few of whom could vote and even fewer who wielded political power. Moreover, many black soldiers – especially former slaves – had no homes to return to once they left the service. They would be unlikely to object to being kept on the army’s payroll indefinitely. The 4th USCI served out its two final months of garrison duty in relative tranquility [at Washington]. There the formal process of mustering out the regiment took place on the morning of May 4, 1866.”

This Is Bad. Beating and Suffocating a Baby.

Here
Posted by Brock Townsend at Tuesday, March 26, 2019 No comments: