Via comment by Anonymous on Woman shoots armed robbery suspect in Phoenix, sus...
" Hi Brock. Check out this video from Brazil. I bet there won't be any administrative leave for this brave fellow. The off-duty cop sneaks up behind the robber in the white shirt. The cop has excellent motor skills"

An off-duty officer near São Paulo, Brazil, shot and killed two would-be robbers while holding his baby in his arms.

The officer, Sergeant Rafael Souza, and his wife were inside a pharmacy to get medicine for their sick baby when the incident occurred.

The Independent reports that 24-year-old Jefferson Alves allegedly pointed his pistol at Souza, at which time Souza drew his own gun and shot Alves “at close range.”


More @ Need To Know
Posted by Brock Townsend at Friday, November 24, 2017 No comments:

"War is coming. It is now a question of how soon." & A Time for War

Comment by Anonymous on Martial Law or Frontier Justice. The Choice Is Com...

As I see it, the race war has already started. It just has yet to spill out into to an all out shooting war. When there are You Tube postings by blacks calling for the killing of white people; you have a race war. When you have so called universities openly calling for the destruction of "whiteness" and "white privilege" (what ever the hell that is suppose to mean); you have a race war.

It is only a matter of time when that one incident occurs to start a full out shooting multi-tribal civil war. We are past the point of no-return. The cultural Marxist and their fellow travelers (Antifa) want a war. The entitlement class, who continue to demand more "free stuff" are not about to change their behavior. The demonization of those who disagree with you has gone on for so long and to the extreme that there is no room for compromise or a willingness to listen to the other side. The name calling (e.g. racist, sexist, homophobe, Nazi) can not be walked back.

Egos will not allow for the admission of possibly being wrong about a core value or a deeply held political belief. We no longer have a common core of shared values and common identity that unites our diverse and multi-cultural society. We also have numerous government agencies which have their own paramilitary units, with all the guns, ammo (billions of rounds) and the sundry military equipment just waiting to be used. War is coming. It is now a question of how soon.

A Time for War

Martial Law or Frontier Justice. The Choice Is Coming Like It Or Not.

Via comment by JWMJR on  Fun with IQ: Deep Thought

I fear that the problem of Baltimore or Detroit or south Chicago cannot and will not be solved until we have a straight up race war. Unfortunately that means a lot of innocent people will die both white and black.

‘George Soros seeks a one world government to serve oligarchs, not the people’ – US State Senator 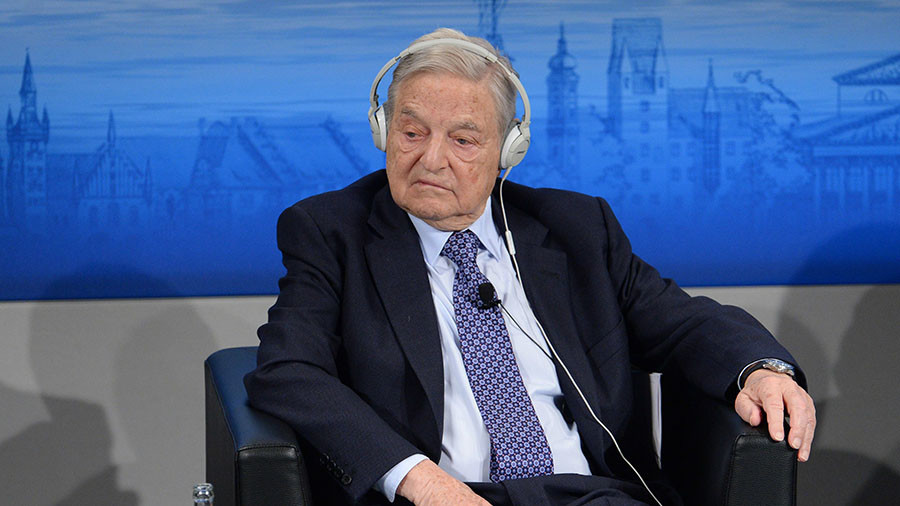 For people like Soros and the globalists; they view the nation-state as a problem, because the nation expresses the will of the people of that nation, and it serves their personal interest, Richard Black, Republican Virginia state Senator, told RT.
Hungarian Prime Minister Viktor Orban and the Fidesz Party Vice Chairman Gergely Gulyás are locked in a desperate battle with the billionaire financier and philanthropist George Soros, as well as his ideologically driven campaign to allow thousands of migrants to flood into Europe.

Leaders like Orban say the strategy will lead to the total collapse of a “Christian Europe,” and argue that Soros is trying to subvert Hungary and the rest of the EU.