Via comment by Anonymous on Commies Plan Million Person March in Columbia, SC

JudicialWatch.org (JW) reports that, in the wake of the influx of illegal immigrant minors from Central America last summer, an official at the Center for Disease Control (CDC) described Barack Obama as “the worst pres we have ever had,” an “amateur,” and “Marxist,” according to internal emails uncovered as part of a JW investigation.

Tens of thousands of Central Americans came into the U.S. through the Mexican border last summer, and contagious diseases—many previously thought eradicated in the U.S.—became a serious concern. The CDC, which operates under the Department of Health and Human Services (HHS), responded by opening an Emergency Operations Center (EOC) to deal with the barrage of illegal alien minors and to monitor and coordinate response activities to eminent public health threats.

JW launched a probe into the operations when the Obama administration embraced the Unaccompanied Alien Children (UAC) with open arms. JW even sued the Department of Homeland Security for planning records involving the border crisis as well as information relating to the solicitation of “on-demand escort services” for the 65,000 UACs that remain in the U.S. Last year JW also reported that the illegal immigrant minors have brought in serious diseases, including swine flu, dengue fever, possibly Ebola virus and tuberculosis.


A 68-year-old man was pulled under the water by a shark Wednesday in the Outer Banks — this time on Ocracoke Island.

Andrew Costello was swimming outside the first breaker about 25 feet offshore, directly in front of the lifeguard stand, when he encountered a gray shark about 7 feet long, Hyde County officials said. A lifeguard saw the shark pull Costello under the water. He suffered several bites to his rib cage, hip, lower leg and both hands.

A witness told CNN he saw a “trail of blood from water to the sand.”


Paddle boarders in Southern California were in for a surprise last month when they became the point of interest for an inquisitive shoal of great white sharks.

Shooting the video shown below at Sunset Beach in Orange County, California, Courtney Hemerick and Joseph Truckles managed to capture the great whites above and below water, all while remaining remarkably composed.

These paddle boarders were unlikely to be at risk from attack from the young shoal. As juveniles, great white sharks mostly hunt together for fish. But as adults, they become an apex predator, measuring up to 6 meters (20 feet) in length and weighing a whopping 2,250 kilograms (5,000 pounds). Adult great whites can hunt other sharks, dolphins and any other food source they can get their chops around – a paddle boarder, for instance.

Miss Minerva McKamy's Recollections of the War Between the States 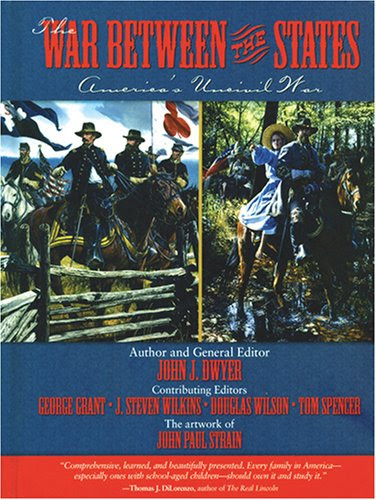 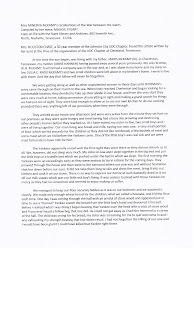 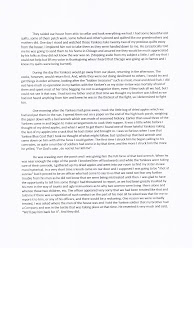 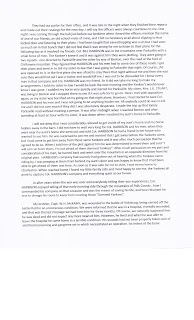 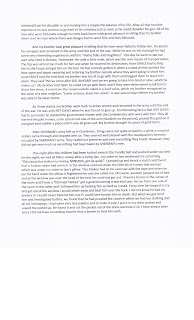 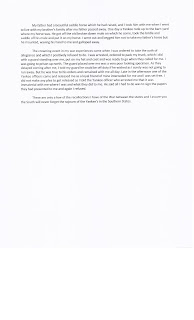 Confederate Monuments Attacked - No One Offended by Monuments to Known Communists like Abraham Lincoln, Woodrow Wilson and FDR

Historian James McPherson estimated that as many as 50,000 civilians, considered a very conservative number, perished in the South, and "concluded that the overall mortality rate for the South exceeded that of any country in World War I and all but the region between the Rhine and the Volga in World War II."
***************************

Living in the southern united States means living in the former Confederacy where the history of the War to Enslave the States is embedded in the very land. Most everywhere in the South contains some semblance of that history -- the Underground Railroad, the Battle of Atlanta, Sherman's March to the Sea, Gettysburg, Antietam, Fredericksburg, etc.
Confederate Memorials honoring those who sacrificed their lives in defense of states' rights abound throughout cities and towns in the South. Some "Southerners" feel shame regarding this history, which one relates to an improper focus on the reason for the war -- slavery.
More @  Freedom Outpost
Posted by Brock Townsend at Friday, July 03, 2015 4 comments: 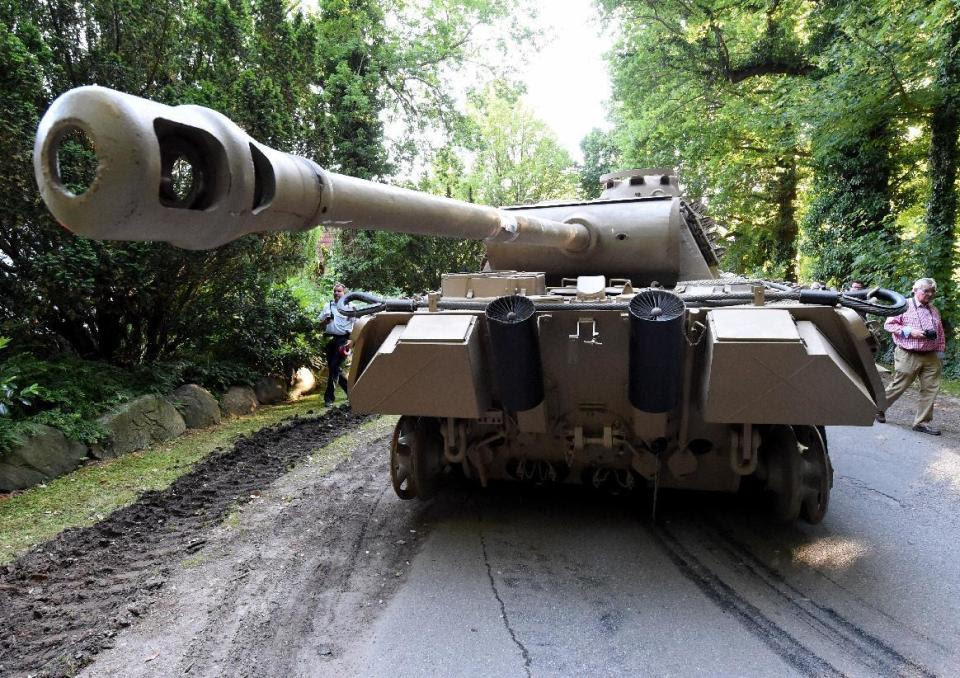 
Kiel prosecutor Birgit Hess said the collector, whose name she would not release for privacy reasons, is being investigated for possibly violating German weapons laws but remains free while the probe is ongoing.

Leftists and race hustlers are planning a Million Person March on Saturday in Columbia, South Carolina.

The march is against racist America. For me the Confederate flag represents a people’s willingness to stand against the tyranny of an overreaching government. Its presence is a reminder, and therefore threatening to government officials and leftists, that the blood of those who fought for limited government runs through their descendants’ veins, and reminds those descendants and others of the responsibilities and Constitutional rights of citizens. I realize there are others who hold a different opinion of the flag, but must wonder why their view is given superiority and preference over mine.

The flag did not cause that coward to kill in cold blood nine of my brothers and sisters in Christ. Opportunists who are determined to eradicate all symbols of the Confederacy and those who are taken in by their emotional appeal are using their deaths to forward an agenda and should be ashamed. It is well known and proven by history that one of the best ways to destroy a people’s identity is to denigrate and remove its symbols and history.

Even ISIS understands this. We, in the United States, are experiencing this firsthand.

These opportunists are purposely creating division, and I am disappointed that Gov. Bentley has joined the quest.

So, Tell Me Again How the Confederate Flag Is the Symbol of Black Oppression in America

Via comment by Anonymous on NC: ‘Black Lives Matter’ spray-painted on Confeder... Go ahead and tell us. Tell us all. We are waiting.

Black veteran, a 'Son of the South,' defends the Confederate flag

In 2001, the Taliban shamelessly dynamited the Bamiyan Buddhas, two of the largest such carvings of the ancient world. Built in the 6th century by monks who made their homes along the Silk Road, the Buddahs stood for millenia until fundamentalists removed them from the face of the Earth. Such ignorance still abounds. Over the past few months, the onslaught of the Islamic State has wrought the systematic destruction of cultural artifacts from Palmyra to Nineva, all because they were deemed "offensive" by a minority that if it had its way, would ensure the entire world would adhere to a dark and revisionist existence.

A couple of days ago, in the wake of a childish debate over a memorial flag flown near a Confederate statue, a Southern monument was ignorantly desecrated with an attempt at the "Black Lives Matter" slogan. The spray-painted phrase was misspelled. The inanimate statue, a solemn reminder of the South's fallen sons, didn't take away any citizen's pursuit of happiness, it didn't interfere with the social and racial disparities that some claim as a detriment to advancement -- it simply stood there, silent and bold, marking the bravery and errors of yesterday's determinations.

Via a comment by Anonymous on Survey: 70 Percent Want Feds To Keep Hands Off Con... 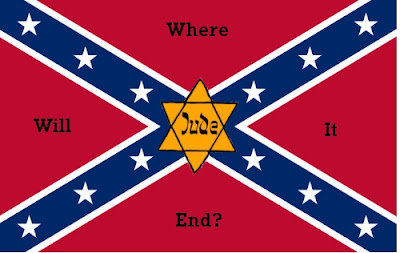 The Flag Uproar: "Where Will It End?"

For instance right across from the Bibb government building is a Confederate monument that honors the women of the Confederacy. And what about Fort Benjamin Hawkins which is now a museum that commemorates the birthplace of Macon?

Reichert says, “Probably once you start down this road it's very difficult to stop. Fort Hawkins for example could be considered offensive to native Americans, because it represents a time when their country, their land, was all of a sudden invaded by settlers moving in”.

Tillman points out even more extremes saying, “Do we go to Washington D.C. and say we need to change the name? Do we take down the George Washington Monument? The first President owned slaves so, where does this end at”?