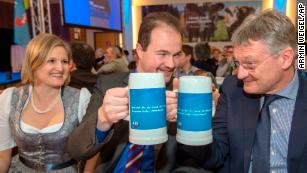 The Christian Social Union, or CSU -- the Bavarian sister party to Merkel's conservative Christian Democrat Union, or CDU -- has dominated politics in the state since the end of World War II, ruling for all but three years for nearly seven decades.
More @ CNN
Posted by Brock Townsend at Sunday, October 14, 2018 No comments: 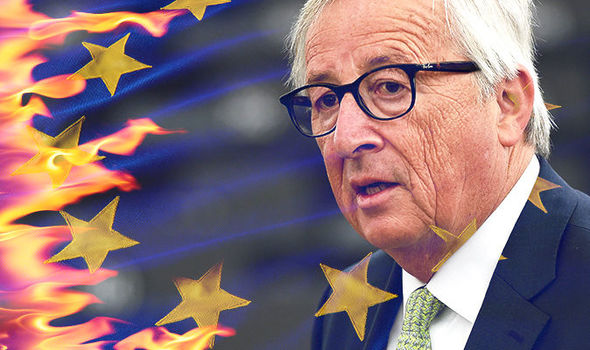 A SURPRISE poll this week has sent shockwaves to EU chiefs after two-thirds of European citizens questioned said they do not believe life would be worse without the bloc - and half regard the EU as "irrelevant".

The EU faces an uncertain future after a Brussels-based think tank published a survey that showed a majority of European citizens were not enamoured with the European project.

According to the Friends of Europe think tank, nearly two-thirds (64 percent) of EU citizens questioned do not think life would be any worse without the bloc.

Another 49 percent of Europeans view the EU as an "irrelevant" project, with grievances around the lack of transparency and anger at EU leaders "not focusing on the things people care about".


More with videos @ Express
Posted by Brock Townsend at Sunday, October 14, 2018 No comments:

How Germany Tackled Financial and Economic Crisis Within Three Years


To deal with the massive unemployment and economic paralysis of the Great Depression, both the US and German governments launched innovative and ambitious programs.

While Roosevelt’s record in dealing with the Depression is pretty well known, the remarkable story of how Hitler tackled the crisis is not widely understood or appreciated.

There was a MASSIVE STREET BRAWL in Portland, Oregon Saturday night.

Police were called in to break up the fighting that spread from the sidewalk into the street. Right-wingers and Antifa leftists brawled outside of Kelly’s Olympian. This was way worse than New York City fights last night. Proud Boys and Patriot Prayer members and and Antifa had a huge wild fight.
The Patriot Prayer Rally schuduled a prayer meeting for Saturday night. Antifa leftists showed up with weapons and started a brawl. This got really ugly, really fast.


More with videos @ The Gateway Pundit
Posted by Brock Townsend at Sunday, October 14, 2018 No comments:

A pair of Secret Service agents assigned to protect President Trump open up about the anxieties of their jobs and a pair of credible assassination threats they stopped in Manila.

In November 1996, President Clinton visited Manila for the Asia-Pacific Economic Cooperation Forum. Protests raged in the streets, with American flags being burned, so local police closed down many roads, allowing the Secret Service to chart a specific route for the president’s motorcade. As the president and members of his cabinet traveled from their hotel to the first venue of the day, “There was intelligence that came in, and we at the last minute decided to change the motorcade route,” a former Secret Service agent recalls. “It was determined that al-Qaeda and Osama bin Laden had placed a bomb along the route in anticipation of the motorcade coming that way.”


More @ The Daily Beast
Posted by Brock Townsend at Sunday, October 14, 2018 No comments:

Posted by Brock Townsend at Sunday, October 14, 2018 No comments:

Dianne Feinstine in 1994 on Illegal Alien Democrats are worried about Latino voters in the midterms, fearing that weak efforts to energize a core element of their base could imperil their bid to win control of Congress in next month's elections.

From the Sun Belt battlegrounds of Nevada and Arizona to sprawling turf wars in Texas and Florida, there are signs that the Hispanic vote - which party leaders have long hoped would be the foundation of future electoral success - has yet to flourish in their favor this year. 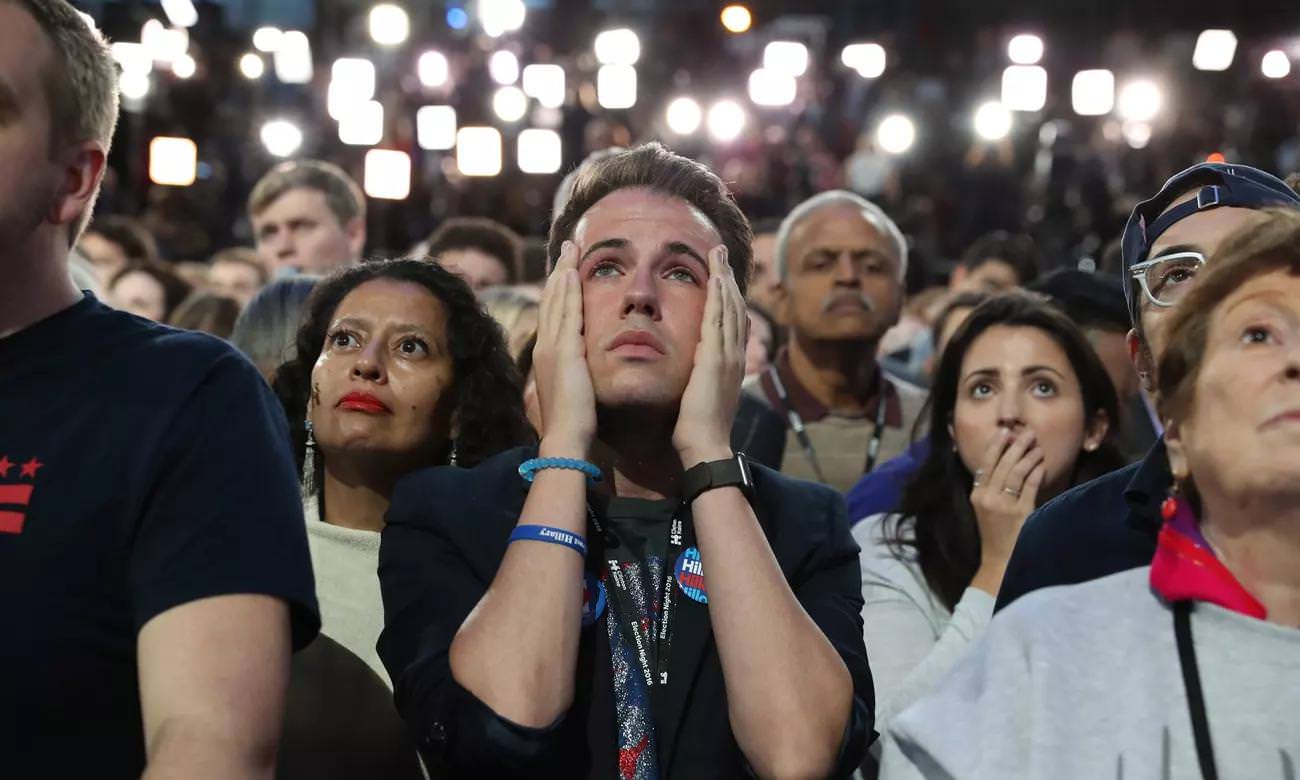 It was this week two years ago that Hillary Clinton’s victory looked assured, when the infamous “Access Hollywood” tape of Donald Trump bragging about sexual assault appeared all but certain to end his campaign.

It’s why this veteran Democratic operative can’t shake the feeling that, as promising as the next election looks for his party, it might still all turn out wrong.

“Election Day will either prove to me I have PTSD or show I’ve been living déjà vu,” Ferguson said.

“I just don’t know which yet.”

Via Kirk "Look at this POS snowflake punk! Boy you are not in Kansas anymore. Dorothy and Toto ain't going to protect you and your little fruitcake friends! You start messing with real men, it will turn very ugly! The South ain't going to take this crap anymore and the true Americans will be the ones to fight back dumbarse! Sic Semper Tyrannis. America stands at a precipice.

It’s a moral precipice of our own making: We’re not facing any external existential threat, or any serious economic crisis. Nonetheless, we’re at each other’s throats in a shocking and unique way. At least in the 1960s, serious issues divided us: the national attempt to grapple with legally enshrined racism, the sexual revolution, the Vietnam War. We have no such excuse now. Yet to view the sheer chaos surrounding the confirmation of Justice Brett Kavanaugh is to realize that we may simply have nothing in common anymore, other than our sheer blind luck at having been born into the most prosperous, free, productive country in world history.


More @ The Patriot Post
Posted by Brock Townsend at Sunday, October 14, 2018 No comments: 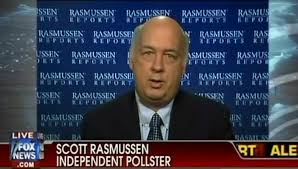 
Generic Congressional Ballot
Last modified: 10/10/2018 01:22 pm
With less than a month to Election Day, the Generic Congressional Ballot is now dead even.
The latest Rasmussen Reports telephone and online survey finds that 45% of Likely U.S. Voters would choose the Democratic candidate if the elections for Congress were held today. Another 45% would opt for the Republican.

The divide in American politics is so stark that analysts are beginning to predict something that seldom happens: One party could make big gains in the House while the other adds seats in the
Senate.
Not since 1970 has a midterm election provided such a split verdict, and only two other presidential elections, in 1996 and 1972, have demonstrated such division in congressional elections.

Hillary Clinton Viewed as ‘Kiss of Death’ for Democratic Candidates 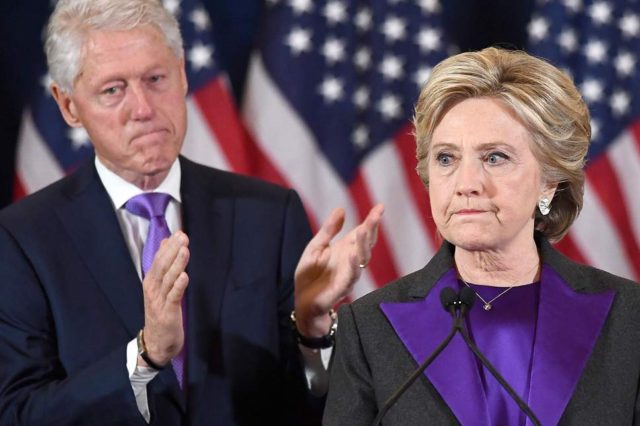 Several Democrats are saying former 2016 Democratic presidential nominee Hillary Clinton is viewed as the “kiss of death” among Democratic candidates running in the 2018 midterm elections.

The Democrats, who spoke on condition of anonymity, voiced concerns that Clinton’s presence would threaten the party’s chances at retaking the House and Senate in 2018, forcing Clinton to keep campaigning to a minimum and only appearing at low-key fundraisers.

“Hillary Clinton is the kiss of death and she represents the part of the Democratic Party that led to historic losses and that elected Donald Trump president,” one leading Democratic strategist told the Washington Examiner.

“Democrats don’t want her to campaign for them because everywhere she goes she carries this stench of death and is the only political figure in America that is less popular than Donald Trump,” the strategist added. “That’s a real testament to her.”

“When I think of people who have been part of our push to retake the House, I just don’t think of them at all. I think it’s a very good thing that they’re not being visible. It wouldn’t help our candidates,” a House Democrat said.

But despite objections from some Democrats, Clinton continues to make her presence known in the media.

The former presidential candidate and secretary of state told CNN’s Christiane Amanpour that cultural changes in issues like gay marriage caused Republicans to “seek the kind of leadership that will limit freedom,” referring to President Trump as that leader.