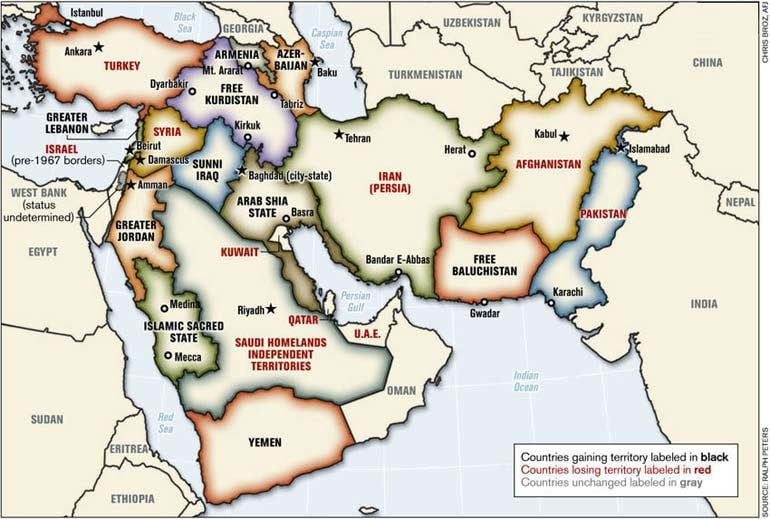 Iraq is once again front page news. And once again the picture that is presented to us in the Western mainstream media is a mixture of half truths, falsehoods, disinformation and propaganda. The mainstream media will not tell you that the US is supporting both sides in the Iraqi conflict.

Washington is overtly supporting the Iraqi Shiite government, while covertly training, arming and funding the Sunni Islamic State of Iraq and Syria (ISIS). Supporting the influx of terrorist brigades in Iraq is an act of foreign aggression. But the mainstream media will tell you that the Obama administration is “concerned” by the actions committed by the terrorists.

The preferred narrative in the U.S. and most Western mainstream media is that the current situation is due to the U.S “withdrawal” which ended in December 2011 (more than 200 U.S. troops and military advisors remained in Iraq). This portrait of events in which the US withdrawal is to blame for the insurgency does not draw any connection between the U.S. invasion of 2003 and the occupation that ensued. It also ignores the death squads trained by U.S advisors in Iraq in the wake of the invasion and which are at the heart of the current turmoil.


As usual, the mainstream media does not want you to understand what’s going on. Its goal is to shape perceptions and opinions by crafting a view of the world which serves powerful interests. For that matter, they will tell you it’s a civil war.

What is unfolding is a process of “constructive chaos”, engineered by the West.

'Why did my son die?' Father of soldier slain in Bergdahl search chokes up during testimony

A Southern Man Of Honour
Posted by Brock Townsend at Thursday, June 19, 2014 3 comments:

• Britain & US must not meddle in Iraq, says Saudi ambassador'

• Obama 'does not need Congress to launch air strikes'

Flying RoboCop is a “riot control” octocopter with guns and lasers

Via  Michael via NC Renegade 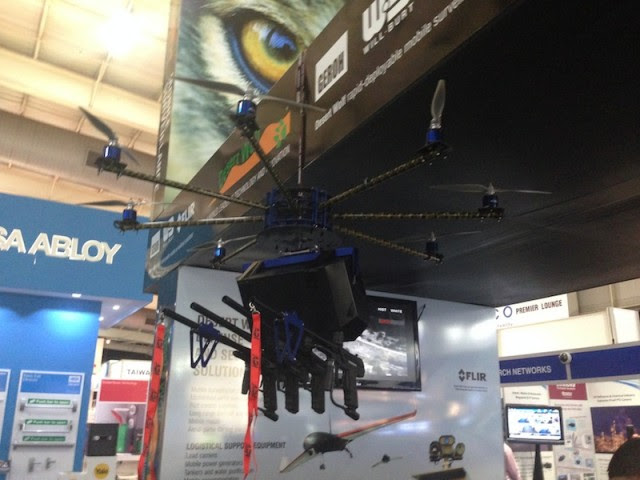 Meet the Skunk, a heavy-duty, semi-autonomous octocopter drone that can unleash pepper spray, plastic bullets, paintballs, strobe lights and "blinding" lasers, as well as a cacophony of audio in its mission to persuade unruly mobs to disperse. Unveiled at the IFSEC International trade show in London this week, the Skunk is now for sale—and its manufacturer says the orders have begun to roll in.
Armed with four hopper-fed pneumatic "markers"—high-pressure carbon-fiber airguns capable of pumping out up to 20 paintballs, pepper-spray capsules, or similarly sized projectiles per second—the Skunk has a potential combined rate of fire of 80 projectiles per second. The Skunk can carry up to 4,000 projectiles in varying mixes. According to marketing materials by the unmanned aircraft's manufacturer, South Africa-based Desert Wolf, the highest rate of fire "will only be used in an extreme 'Life threatening situation.'"

The Most Dangerous Man in the Mid-South

Who is Franklin Sanders, a.k.a. "The Moneychanger"?

The following was originally published in Chronicles: A Magazine of American Culture, February 1997.

Almost 30 years ago, just a few weeks before I got married, on a drugstore bookstand I found a strange book: Capitalism, the Unknown Ideal. It was a collection of essays about a philosophy of freedom. Two dealt with the American monetary system. The author explained that nothing—no gold or silver—backed our currency. He argued that sooner or later, this fiat money system would lead to disaster, and that only a money backed by real value—gold—could last.

That author was Alan Greenspan. Since then our careers—Alan's and mine—have taken very different paths.

Funny, he doesn't talk much about gold anymore.

This Disc Boat Might Be the Future of Personal Fishing Craft

For one, the craft has a pivoting seat in the center of the platform, which gives anglers easy access to fish in any direction. It also has a flat bottom and a transom-mounted engine just an arm’s reach behind the seat, so it can go where kayak anglers can without paddling.

A Baltimore City police officer was arrested and charged with aggravated animal cruelty and other charges after cutting the throat of a dog, police officials announced Wednesday afternoon.

That central Obamacare promise, like its closest cousins, have been downgraded and revised to death. Last year, scholars at the Manhattan Institute ran a 49-state analysis of individual market healthcare rates under Obamacare and found a 41 percent increase on average. Their follow-up study of more than 3,100 counties across the country pegs the average hike at 49 percent. Consumers in New York -- home to a distorted, "death spiral"-plagued individual market prior to Obamacare -- are among the few Americans who've enjoyed an average rate drop. Virtually everywhere else, price tags went in the wrong direction.


More with video@ Townhall
Posted by Brock Townsend at Thursday, June 19, 2014 No comments:

Degradation of Ukraine's military machine multiplies the brutality of war

The civil war that gripped the east of Ukraine, takes more lives, while obeying Kiev armed forces have not been able to achieve any clear result. Proclaims the operation to "protect people from aggression" Ukrainian campaign its growing brutality is more like the war in Africa.

That operation launched against Kiev militia units encountered in the Donetsk and Lugansk regions, will face serious problems became apparent in April. Ancient principle of the strategy, showing that to win you need to know yourself and the enemy was broken almost immediately. April 13, 2014 Acting President of Ukraine Oleksandr Turchynov militia presented an ultimatum demanding the release of the captured administrative buildings during the day. The ultimatum was rejected. The next day, Alexander Turchinov announced the beginning of the anti-terrorist operation.

April 16, 2014 Ukrainian command attempted to discourage Slovyansk militias, but simply an attempt to "call in the city" on the armor and change flags on government buildings back to the Ukrainian ended up being on the side of the six militia went airborne combat vehicles with their crews.

This incident revealed two important things. First, it became clear that the leadership of the anti-terrorist operation has no information, will act against whom troops: support militia from the locals, get up "living chains" in the path of the vehicle, was an unpleasant surprise.

It has been a while since both Ukraine, and the ongoing Russian response to western sanctions (which set off the great Eurasian axis in motion, pushing China and Russia close together, and accelerating the "Holy Grail" gas deal between the two countries) have made headlines. It is still not clear just why the western media dropped Ukraine coverage like a hot potato, especially since the civil war in Ukraine's Donbas continues to rage and claim dozens of casualties on both sides. Perhaps the audience has simply gotten tired of hearing about mixed chess/checkers game between Putin vs Obama, and instead has reverted to reading the propaganda surrounding just as deadly events in the third war of Iraq in as many decades.

However, "out of sight" may be just what Russia's political elite wants.

A convenience store clerk in Rutland, Vermont pulled a .380 pistol in response to an armed robber pulling a knife on him, and will likely be fired for carrying a handgun on company property.

Frankly, Don Pitaniello doesn’t seem to mind his potential firing all that much. It seems that he’d rather be armed and alive and looking for a new job that be just another potential victim:

“I knew his intentions as soon as he came in,” Pitaniello said. “When he told me to empty the register, I cocked my head and said ‘Really?’”

Ex-IRS official Lois Lerner’s crashed hard drive has been recycled, making it likely the lost emails of the lightening rod in the tea party targeting controversy will never be found, according to multiple sources.

“We’ve been informed that the hard drive has been thrown away,” Sen. Orrin Hatch of Utah, the top Republican on the Finance Committee, said in a brief hallway interview. 40 Indians working for a Turkish construction company in Mosul, Iraq were taken hostage by ISIS.

During the last Iraqi insurgency, the kidnapping of foreign workers provide three benefits: