Southern Identity in the 21st Century

What exactly does it mean to be a Southerner in the 21st Century? Is it spending countless hours finding out who your Confederate ancestor is and joining up with the local Sons of Confederate Veterans? Or is it driving around town with a Confederate flag bumper sticker on the back of your pickup truck? Or maybe it’s being “that guy” that spends countless hours setting the internet on fire with endless online debates over whether the South was right in the War Between the States?

This was a question I was recently asking myself after reading I’ll Take My Stand, an extremely thought-provoking collection of essays from twelve Southerners first published almost 90 years ago.


More @ The Abbeville Institute
Posted by Brock Townsend at Monday, May 14, 2018 2 comments: 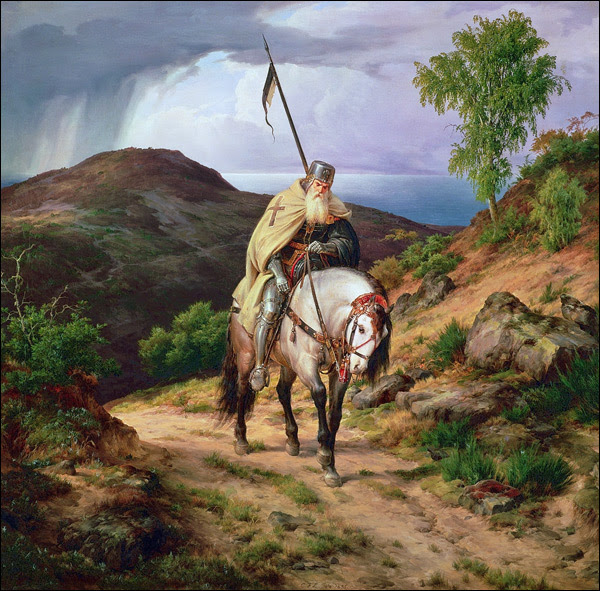 Karl Lessing, Return of the Crusader, 1835

Unz Review - Slipping Backwards On Immigration—Get On It, Mr. President! ... John Derbyshire says illegal aliens assumed that the new U.S. administration would clamp down firmly on illegal crossings. Nobody assumes that now

Guns, Town Hall - We are watching a real-time elite coup to undo the election. Our rights to free speech, freedom of religion and the right to keep and bear arms are under vicious attack by liberals and their cultural and corporate cronies. The elite is no longer even hiding its belief that Normals have no right to govern ourselves. And the Normals feel it. Being prepared, which means having the means to physically defend yourself and your rights (that means guns, folks), is the rational choice. It is also your legal duty – and moral duty – as an American citizen. Or you can be defenseless. Helpless. A subject instead of a citizen.

Red pill, Return Of Kings - Liberalism made white people hate themselves, their culture, and their very existence. Liberalism also made whites weak and apologetic, to the point where some of them are now utterly suicidal. Go to any major city in America and look on in horror at how browbeaten and pathetic many white men have become as a result of liberal indoctrination in the education system and the media. Not to mention the success the elite have had at using liberalism to confuse men and women about sex roles, biology, and rendering them both increasingly androgynous.

Air power, Warfare History Network - "The advocates of strategic bombing and carrying the war to the civilian population had argued that these campaigns would bring the Third Reich to its knees without the need for brutal, bloody combat on the ground. They were wrong. A post-V-E Day survey estimated that Germany lost less than 4 percent of its productive capacity, and even a devastated city like Hamburg recuperated to 80 percent of its output within a few weeks". That said, the Allied ground forces operated without interference from the air, the attacks on fuel sources destroyed the vaunted mobility of German armor, and the battering of rail and road nets strangled supply lines.

Fox News - Mormons to end long association with Boy Scouts of America ... 19 percent of the 2.3 million in the organization

Daily Mail - Shootout between cops and two brothers at a Mississippi gas station that leads to death of one of the suspects ... video

Daily Mail - Father stabs his two-year-old daughter and her mother in front of cops for calling the police ... video
Posted by Brock Townsend at Monday, May 14, 2018 2 comments:

UFC's Tim Kennedy Waterboards Himself to Prove It's Not Torture


Ex-UFC star Tim Kennedy -- a U.S. Army Special Forces veteran -- doesn't believe waterboarding should be considered torture ... and to prove his point, he turned the hose on himself. Yep, Kennedy and his pals waterboarded each other for roughly 45 minutes on Friday ... and barely even flinched. So ... why??? Kennedy says the move was to show support for Gina Haspel, Trump's pick to lead the CIA. Haspel has been criticized for using waterboarding and other interrogation methods at black sites during her CIA career.
Posted by Brock Townsend at Monday, May 14, 2018 4 comments:

Ford produced a B-24 Liberator every 55 minutes

Criminal sex offenders don’t get to dictate my rights.

“I’m done with America. I’m going to do this, and I’m going home — to Africa. I’ve given up on America,” ex-Congressthing  Mel Reynolds told reporters after being sentenced to spend time behind bars yet again, this time for tax evasion.

It’s curious, but not unsurprising, that a Democrat who made a career out of transferring wealth from the productive to his constituents should avoid paying his – what do the collectivists call it? – “fair share.”

As for “going home,” I thought they didn’t want him. Perhaps he’s got his sights on nearby South Africa, which is just warming up on exercising the full joys of totalitarianism.

He was deported from Zimbabwe a few years back on pornography and immigration charges, after being arrested for bringing women into his hotel room and letting the cameras roll. 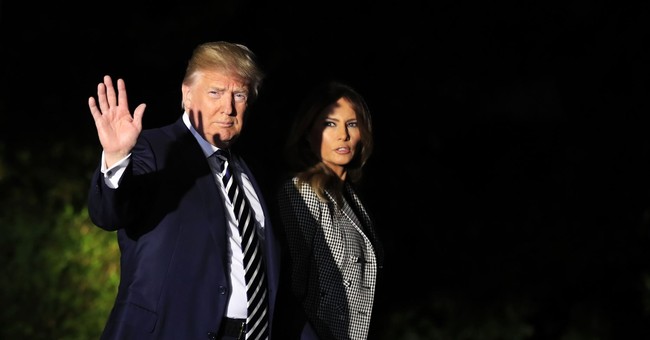 The Democrats are having a major case of the sadz, and it’s hilarious.

Their generic lead in the midterms ballot has evaporated. After the Iran and North Korea triumphs, Obama’s legacy is just a smoking ruin of broken dreams and corrected failures. And Stormy Daniels’s cheesy reign on CNMSNBC has morphed into a rain of singles from leering weirdos at creepy places with names like “The Treasure Chest” and “Reliable Sources.”

So what do the liberals do when they are losing the all the big fights? They try to score points by taking some conservative scalps, which should thrill Elizabeth Warren. But they only end up biting at conservatives’ ankles.

Ben Shapiro ✔ @benshapiro
His horrifying and stupid ideas led to the deaths of 100 million human beings and the misery of billions of others. Saved you a click.

"Who Is Karl Marx: Meet the Anti-Capitalist Scholar" features interviews with "two educators" about how his concepts apply to "current events in the classroom."

Marx was a 19th century socialist whose ideas guided the development of communist theory.

Marx may or may not have anticipated the scale of the slaughter to come, but he understood perfectly well that mass murder was part of the package.

To deny that Karl Marx was, at times, a startlingly original thinker, would be nutty. To deny that he was, in many respects, one of the most lethal of a long line of millenarian preachers, is to embrace ignorance. And to deny that his work inspired the death of maybe one hundred million victims is something altogether more sinister.

The Dakkar from NEMO: A Sniper’s Dream Realized

NEMO is a name synonymous with innovation. They made a splash as being one of the first to market with magnum caliber AR-pattern rifles. After that, they developed and sold the lightest recoiling semi-auto rifle in the .308/6.5 Creedmoor class.

This year, they have set their sights on something completely different. Just unveiled at the 2018 NRAAM, the NEMO Dakkar bolt action!

An audible gasp went out in the breakout room I was in at last month’s pension event cosponsored by The Civic Federation and the Federal Reserve Bank of Chicago. That was when a speaker from the Chicago Fed proposed levying, across the state and in addition to current property taxes, a special property assessment they estimate would be about 1% of actual property value each year for 30 years.

It surely ranks among the most blatantly inhumane and foolish ideas we’ve seen yet.