Oregon passed a similar bill, following moves by cities such as Minneapolis; Austin, Texas; and Seattle.

Proponents say urban lifestyles are better for the environment and that suburbs are bastions of racial segregation.

Democrats in Virginia may override local zoning to bring high-density housing, including public housing, to every neighborhood statewide — whether residents want it or not. 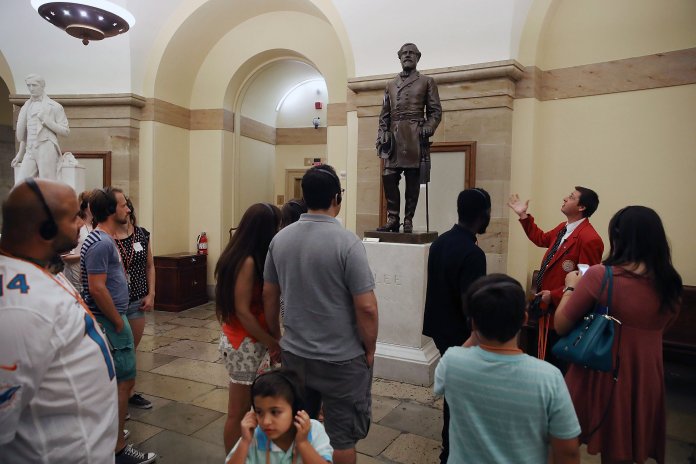 Gov. Ralph Northam’s office says he will push for legislation creating a process to replace a statue of Confederate Gen. Robert E. Lee in the National Statuary Hall Collection in the U.S. Capitol in Washington.

“This is something the governor and his team have been working on for several months,” said a spokeswoman for Northam, Alena Yarmosky. “The governor’s office has already filed a bill-drafting request for legislation addressing this topic.”

Events in Virginia will have national impact You may persuade yourself that none of this affects you, not living in Virginia.  You would be wrong.

A densely populated section of Virginia, 'colonized' by Yankee immigrants voted this government in, over the votes of the Virginia countryside.  This is a glaring example of the importance of the Electoral College on a national scale.  Absent the Electoral College, both Commie Coasts would have long since imposed their will on all the rest of us.

There's no doubt in anyone's mind that government forces will kill whomever they choose . . . doubt exists whether the people will kill back.  A few certainly will, but they'll be eliminated in a massive display of force, televised live.   Understand that Waco was a test, and they confirmed their beliefs.

We all know America today is not what America was just a few years ago.  We need to understand that the America to be, will not be the America that is.

Unless we stop it.  UNLESS WE STOP IT.

The Ballot Box brought us Virginia - the Ballot Box will not fix this.  There is no voting our way out of this.  Period. Some of the world’s most memorable figures met at the center stage of the greatest tragedy in history:

The Second World War. Upwards of fifty million people—military and civilians—would lose their lives in a mere six years of fighting. What would emerge from the rubble were heroes and villains who would forever have a place in the history books and whose names still bring on clear images 75 years later.

Here are five of those historical figures and the handguns of WWII they carried. In the case of the first pistol on the list, the gun added to his legendary status 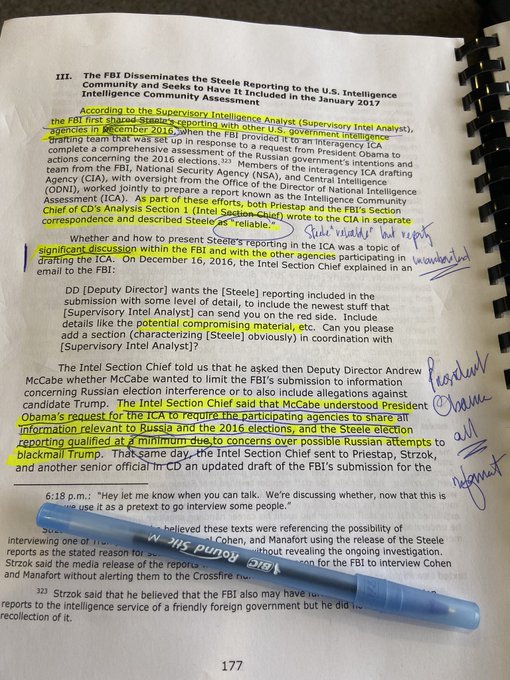 Fired Former FBI Director Andrew McCabe made the decision to put what is likely the infamous pee-pee garbage story from the dossier into reports that was shared with the press based on a directive from President Obama.

This fake and disgusting piece of information they all knew was false at that time was used anyway to support their spying on candidate and President Trump.

The FBI knew in January 2017 that the Trump-Russia dossier was a crap document.

Catherine Herridge released a page from the recent FISA report that shows that Andrew McCabe gave the directive to the FBI to include all the information from the Steele dossier in their Intel assessment per a directive from Obama:


More @ The Gateway Pundit
Posted by Brock Townsend at Monday, December 23, 2019 No comments:

White Privilege: Coal miners in McDowell or Boone County, WVA in the 70's

'Little House on the Prairie' condemned by PC police