I visited a most hallowed ground this morning. It was a sobering experience to say the least.  The dedication plaque says 6000 Southern soldiers, and being a GOD fearing Christian I could feel their presence.

I am humbled in a way that the presence of the dead has never had on me before.

I will send you a total of 52 pictures. 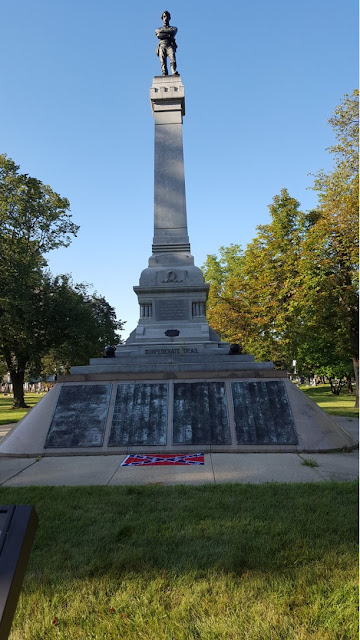 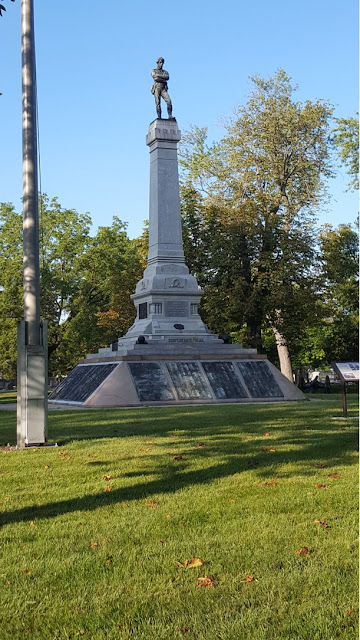 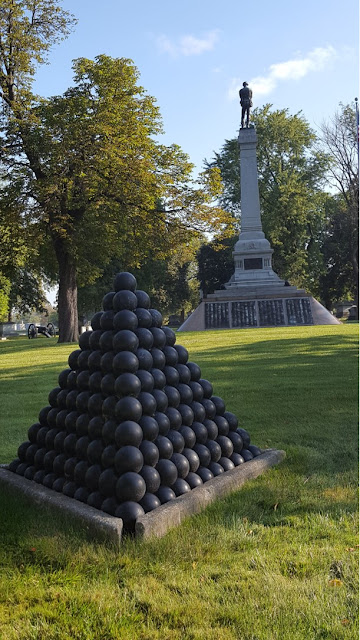 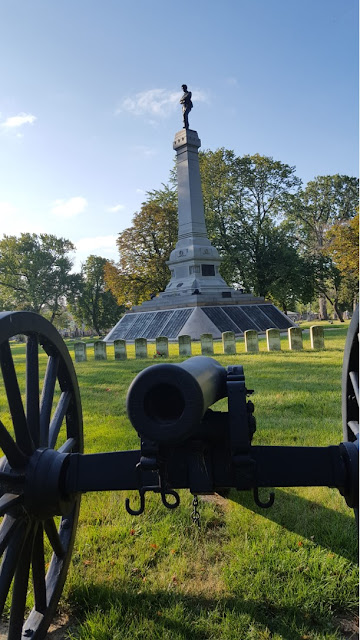 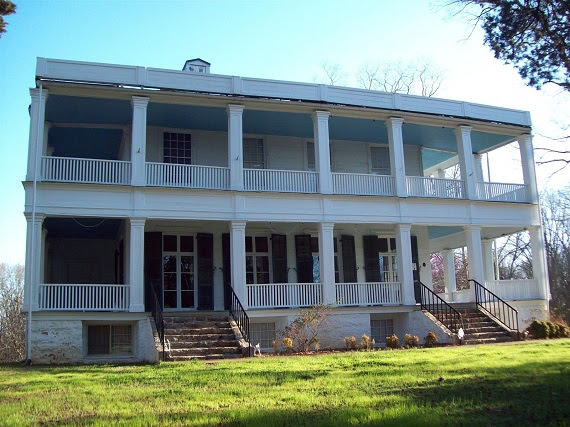 Maria Henrietta Pinckney (1782-1836) of South Carolina was the daughter of General Charles Cotesworth Pinckney, an officer in the Continental Army and a delegate to the 1787 Constitutional Convention. Maria lost her mother at an early age and was educated at home by her famous grandmother, Eliza Lucas Pinckney. In 1830, during the nullification controversy, Miss Pinckney published a widely circulated pamphlet entitled The Quintessence of Long Speeches, Arranged as a Political Catechism. In it she defended state rights and nullification, and argued against the views of Daniel Webster (1782-1852), a nationalistic Whig leader who contended that the Constitution was created by “the whole people” rather than the citizens of the sovereign states. Thomas DiLorenzo described Webster’s view of the creation of the U.S. Constitution as “pure fabrication, invented out of thin air,” and noted that it was “repeated by Lincoln decades later to rationalize waging war on the South and the destruction of the federal system of government created by the founders.” The following are excerpts from Miss Pinckney’s Catechism.

Question—What do we understand by the Federal Union?

Lies of Omission was supposed to do more than preserve the voices and perspectives of Mike Vanderboegh, David Codrea, Matt Bracken, Kit Perez, Claire Wolfe and Gun Owners of America's Larry Pratt. It was supposed to fuel an engine (12 Round Productions) to counter the collectivist agenda. It was supposed to extend out into the community highlighting other efforts and organizations. We had some good follow-up films we wanted to do, primarily The Vanderboegh Tapes, which was to be a two-disc set of the full interview with Mike Vanderboegh, which would be a financial loser, but a cultural boon. We had hoped to be able to absorb those costs through the profits from Lies of Omission.


The police officer seen in a viral video arresting a nurse in Salt Lake City is now under criminal investigation, according to The Salt Lake Tribune. 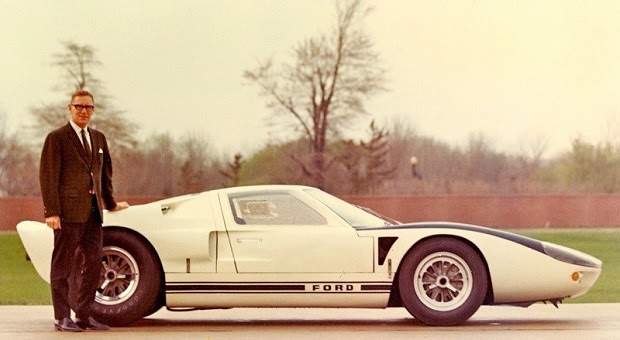 Roy Lunn, one of the engineers behind a number of popular cars, passed away at the age of 92 on
August 5 after suffering a massive stroke. Lunn is survived by his wife Jeanie, two daughters and two granddaughters as well as a great-grandson. Lunn’s career in automotive engineering spanned several decades and two continents.

On August 26, Sen. John McCain (R-Ariz.) once again grabbed an opportunity to criticize many of my Arizona constituents and our nation's leader, President Trump. McCain is angry that Trump, just like President Obama before him, exercised his constitutional power in granting executive clemency to former Maricopa County Sheriff Joe Arpaio.

Arizona's senior senator appears to have forgotten Obama's record-breaking 1,927 acts of clemency. He also seems to have ignored the fact that Arpaio was convicted for merely following state and federal laws when he turned illegal immigrants over to federal officials.

The 85-year-old Arpaio was not convicted of breaking narcotics laws, financial fraud laws or of revealing our nation's secrets, all of which were crimes included in Obama's numerous pardons. Arpaio was convicted of a simple misdemeanor in what many believe was a politically motivated show-trial in the Obama era.

Trump and Islam: A New Hope or More of the Same? Mr. Trump's two most trusted employees serving in perhaps the most critical positions in the Executive Branch intentionally reject any connection between Islamic doctrine and the conduct of Muslim terrorists.  It is no wonder, then, that Mr. Trump's lengthy speech outlining his current Afghanistan war policy contained the word "terrorism" but no mention of Islam.

Since the global jihad thrust itself into our national consciousness on September 11, 2001, America's arbiters of political correctness have over and again rejected every honest inquiry into Islam.  This willful refusal to explore the ideological roots of those who routinely claim allegiance to Muhammad's religion while engaging in terrorism has led our nation to choose costly and inconclusive responses to such violence.  With the "lone wolf" phenomenon, having sprung up on our shores over the past decade, one wonders whether our nation is any safer today from Islamic terrorism than during our pre-9/11 salad days. 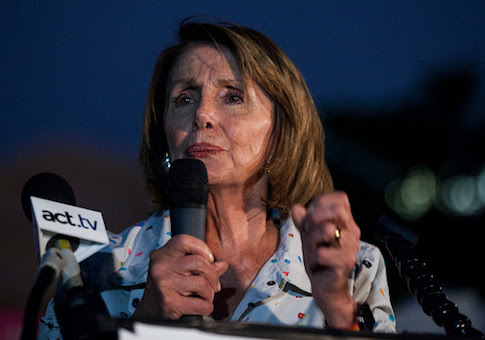 Chuck Schumer is in a spirited mood. "This is going to be one of the biggest fights of the next three, four months," the Senate minority leader said recently of the coming debate over tax cuts. "And Democrats are ready for it."

No doubt they are. But the relevant question is: Does their readiness even matter? Last month Mitch McConnell said he planned to bring taxes to the Senate floor under the budget reconciliation procedure. That would bypass the filibuster. The bill could pass by majority vote. No Democrats required.

And Republicans are unlikely to experience the defections over taxes that doomed them on health care. The health bill was a mess, a product of Republican confusion and infighting. There is no such uncertainty toward cutting taxes.

This is not to say that a cut is a done deal. Congressional Republicans may find a way to screw up. Fumbling the ball at the one-yard line is a specialty of theirs. But the prospect that GOP incompetence may rob the Trump administration of another legislative victory only underscores the fundamental point: Chuck Schumer's big words to the contrary notwithstanding, the Democrats are irrelevant to the power equation in Donald Trump's Washington.

That equation consists of five variables. None is called (D).

Posted by Brock Townsend at Saturday, September 02, 2017 No comments:

If You Think So, Say So

This is the gravestone of my great-great-great grandfather, Benjamin Parks Middleton, located in the Bethel Baptist Church cemetery between the towns of Hazelhurst and Georgetown in Copiah County, Mississippi. He was a farmer from that area and, to my knowledge, was not a slave-owner.

Benjamin served as a private in the 6th Mississippi infantry unit of the Confederate States Army during the War Between the States. Eighty or so years earlier, his grandfather, Holland Middleton, served as a captain from Richmond County, Georgia in the Continental Army during the Revolutionary War. At the time of Benjamin’s death in 1891, he could not have known that his two-year-old grandson, Troy, would log more days in combat than any general officer in the United States Army fighting real, flesh-and-blood Nazis (not the modern Hitler fanboy variety) during World War Two. Hundreds of thousands – nay, millions – of Americans alive today can trace similar lineages and share similar stories.

I cannot say for certain, but my guess is that none of these men shared the Current Year’s enlightened views on race relations in our Vibrant, Diverse, Multicultural Society. Does that make them History’s Greatest Monsters whose sacrifices and accomplishments are not worth publicly remembering? For the crime of failure to conform to modern sensibilities, must we disavow our ancestors, the men who built America?

Sadly, among a small but increasingly vocal and violent segment of America, the answer to these questions is a resounding “yes.” What began as a call to remove from the public square monuments to the service and sacrifice of those who – rightly or wrongly – reasonably believed they were following in their grandfathers’ footsteps in fighting the Second War for American Independence now has mushroomed, predictably, into a call for removal, by any means necessary, of public monuments to anyone so thoughtless as to be caught Wrongthinking While Dead.

This exceedingly myopic view of history and human nature will, if left unchecked, leave a trail of destruction in its wake before eventually burning itself out on its own incoherence and hatred. Before that time comes, however, we who disagree must resist by all peaceable means available. We who wish to live in an honest America, a truthful America, a warts-and-all America – an America open to real diversity of thought – must resist these totalitarian efforts to shoehorn American history into a political ideology.

If you think so, say so. Pay no mind to the names you will be called, for they are mere words designed to shame you into silence, but which have no meaning.

In the end, the cultural Marxists running amok in America during the Current Year will be defeated in their efforts to retcon American history, if for no other reason than that their worldview betrays a fundamental misunderstanding of human nature. Humans seek to honor their ancestors, not cast them aside as so much garbage. Humans seek truth and understanding, not political claptrap masquerading as history. Humans seek the real diversity of thought, not the fake Diversity of totalitarians.