Across the Fence with MACV-SOG: You Shot Me Three Times 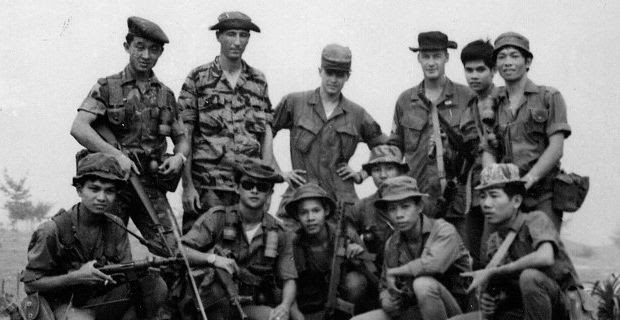 Near the end of September, the brass asked Schaff if he’d mind becoming the One-One, or assistant team leader. The brass wanted to put an overweight Special Forces sergeant from Germany who had a previous tour of duty with a Green Beret A-Team, but no experience in Laos, in the One-Zero slot simply because he had more rank. Schaff objected. He was quietly removed from the team and the senior SF Sergeant took command.

At that time, FOB 1 teams were being pushed hard to get on the ground. Thus, there was little or no time for social niceties. More important, with the new One-Zero, there was no dress rehearsal. No practice mission. And he had little or no respect for ST Alabama’s Vietnamese team members. He dismissed veteran SOG recon sergeants who tried to offer him advice about running missions across the fence. Among those who tried to talk to him were Spider Parks and Pat Watkins. Both were experienced One-Zeroes; both had been to Laos and both were respected SOG members at FOB 1.

When asked later about the team leader, Spider simply said he had shunned experienced counsel.”

The brass assigned ST Alabama to run a target just southwest of the A Shau Valley. Black, unaware of Schaff’s earlier discussions with the brass, was introduced to the new One-Zero and they were ordered to fly a visual reconnaissance over the target. Lynne M. Black Jr., posing at the range in Phu Bai. Note his unique vest, which he designed and a few others duplicated. (John S. Meyer photo) VRs were flown as close to the launch date as possible and usually in a small, single-engine observation aircraft flown by two Vietnamese pilots. In this case, the VR was a day or two before the target launch date of 5 October 1968. Black and the new One-Zero flew in the rear seat of the small aircraft. The primary and secondary landing zones had been selected when the aircraft was hit by 12.7mm heavy machine gun fire.

Suddenly the cabin was sprayed with blood. A 12.7mm round had ripped through the floor, struck the co-pilot under the chin, hitting with such force that his helmet slammed against the ceiling and ricocheted into Black’s lap – still containing part of the co-pilot’s bloody head. 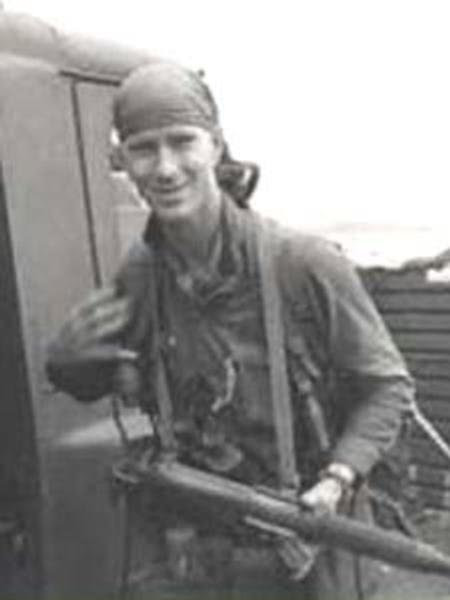 “Where do we find such men?”

That memorable line comes from James Mitchner’s Korean War novel, The Bridges of Toko-Ri.  It refers to intrepid aviators lifting from a carrier, flying into untold danger.  They know they may not return.  They launch anyway.  In boldness unfathomable to many, they willingly, artfully fly into peril.  They are warriors, men of rare talent, intellect, and courage – a combination essential for victory.

Needed warriors are now being purged from the U.S. military.  If America went to war right now with China or Russia, we could lose because of these purges.  We’re losing top-level warrior-leaders to make the crucial differences in battle.  They’re being systematically drummed out as politically incorrect.  When the going gets tough, political correctness (PC) is useless.  Then the brilliant, wily fighters, the coolest heads, the most courageous warriors, are needed to lead regardless of social views or record.

Today, in large measure, our fighting forces are led by briefcase-carrying busybodies, yes-men more interested in enforcing political beliefs and social change than leading in battle.  They care more about their careers than what’s happening to the military and thus the country.  Just last week, a new downsizing of the army was announced – without a protest.

Why Yes–Food Stamps Have Exploded Once Work Requirements Were Gutted

In 2012, the dependency index increased by 23 percent under the Obama administration. At the time, it meant 67 million Americans were on some sort of federal subsistence program. Of course, Americans who fall on hard times deserve to be caught by some sort of social safety net. As American Enterprise Institute’s Arthur Brooks said in May, the social safety net is a triumph of the free enterprise system. It's a system that creates so much wealth that a portion can be invested in helping the truly destitute. Brooks noted that Ronald Reagan and Friedrich Hayek agreed. But it was never meant to be subjected to the abuse that we’ve seen over the past few years. Started in the 1970s, the Supplemental Nutrition Assistance Program (SNAP) has just become another vehicle for the political left to increase dependency and further their agenda.

Via comment by Anonymous on The Publicly Broadcast Hate Speech Against the Con... 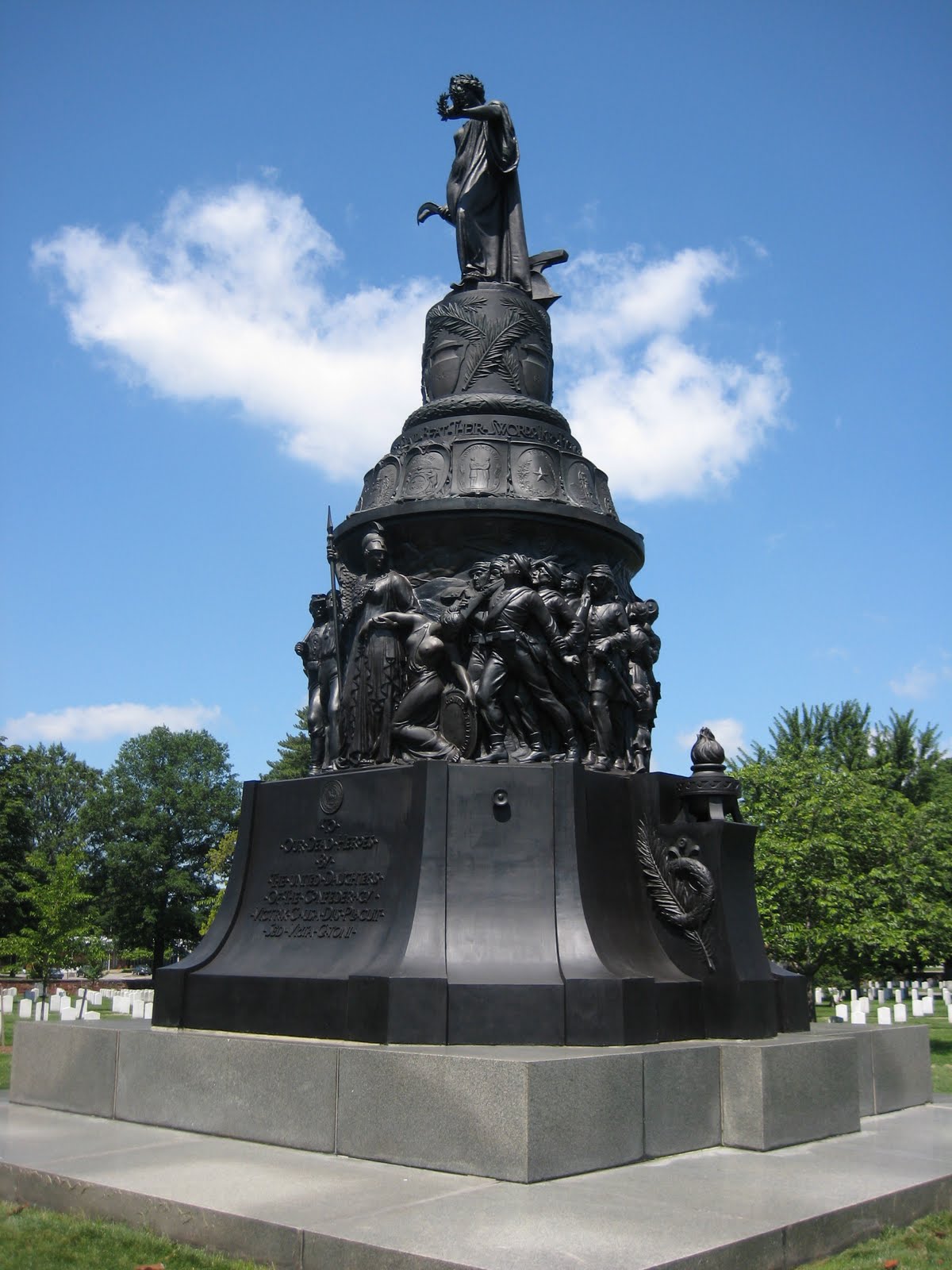 The Confederate Memorial in Arlington, Cemetery

In recent days I have continued to observe as the theological and political left continues to orchestrate its assault against anything and everything Confederate. Some of their suggestions really swing to the loony side and some of their writers literally froth at the mouth. Their hatred of anything Southern or Confederate is really intense and unremitting. These people are not about to cease and desist. They see, at this point, a very real possibility of destroying Southern and Christian culture in the South and they want to be in for the kill! Most Southern folks don’t begin to grasp this. They need to.

“Nothing in the world can take the place of persistence,” said President Calvin Coolidge, and Judicial Watch continues to prove it, much to Hillary Clinton’s consternation.

Judicial Watch now has information about an email directly tying Clinton, for the first time, to the now-debunked Benghazi talking points used by then-U.N. Ambassador Susan Rice to claim the attack was the result of a “spontaneous protest” gone awry.

Showing contempt for transparency, the Obama State Department is refusing to divulge the contents of the email. Goosed into action by an angry federal judge, federal immigration authorities will go door-to-door demanding illegal immigrants return the three-year amnesty approvals the Obama administration issued to them in defiance of a court order.

Those who don’t return their three-year permits will have them terminated at the end of this month, the National Immigrant Justice Center, one of the advocacy groups briefed on authorities’ plan, said in a statement preparing immigrants for what could be a traumatic encounter.


One of my mother's favorite admonishments.^

Posted by Brock Townsend at Thursday, July 16, 2015 No comments:

Understanding the Politics of Donald Trump

The rise of Donald Trump in the polls and the enthusiasm for his campaign among the Republican base has confused and panicked the mainstream media and the GOP Establishment. In an attempt to slow his momentum, both have reacted by bringing up evidence from his past that Trump is not a cookie-cutter conservative, which seem so far to roll off his back and even rally his supporters who see it as evidence that his detractors are desperate. Is Trump pro-life or pro-choice? Is he pro-gun or pro-gun control? Is he anti-amnesty or pro-amnesty? Does he really want Oprah to be his running mate? Did he give more money to Democrats? None of this should surprise anyone who has followed Trump’s politics over the years.

Trump is confusing the Powers That Be and the commentariate because he does not neatly fall into one of the two tidy dichotomous ideological boxes that “serious” partisan candidates are supposed to conform to. Trump is not primarily an ideological candidate. He is at his most basic an economic nationalist and a patriot who loves his country and wants to see it thrive, hence his campaign slogan, Make America Great Again.

Across the street from his hotel in downtown Oklahoma City, as many as 10 people waved the flags as his motorcade arrived. The group stood among a larger group of demonstrators, many of them there to support the president, who is in town ahead of a visit to a federal prison on Thursday as part of his weeklong push on criminal justice issues.

According to local news organizations, a man named Andrew Duncomb, who calls himself the “black rebel,” organized the Confederate flag demonstration. He also put together a similar protest on Saturday at the Oklahoma State Capitol — just a day after South Carolina removed its contested flag from the State Capitol grounds. His Facebook page features photos from that rally. 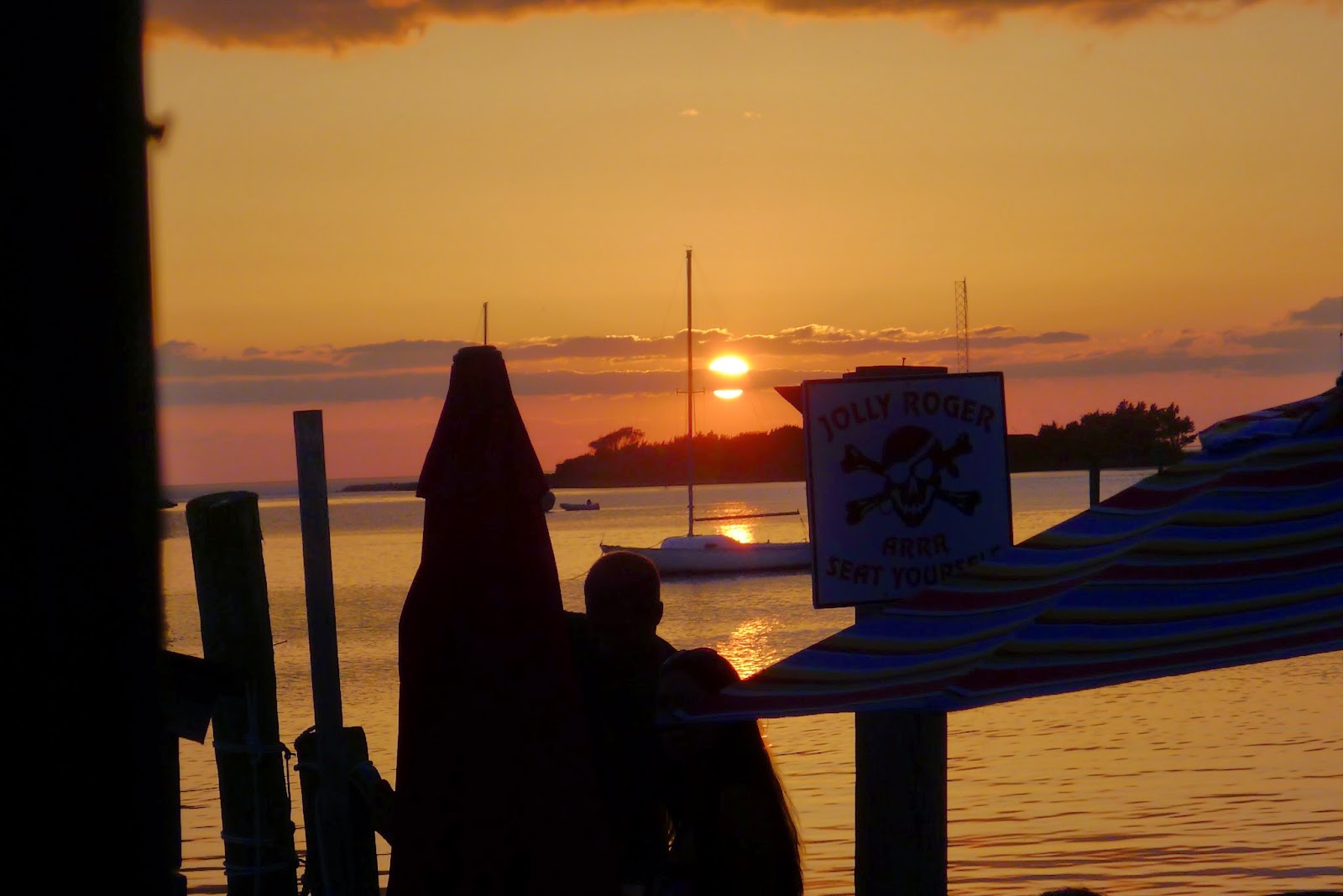