AMAZING! More than one MILLION marchers for President Trump descend on the swamp in support. Best base in political history — we LOVE you guys!!!

Posted by Brock Townsend at Saturday, November 14, 2020 No comments: 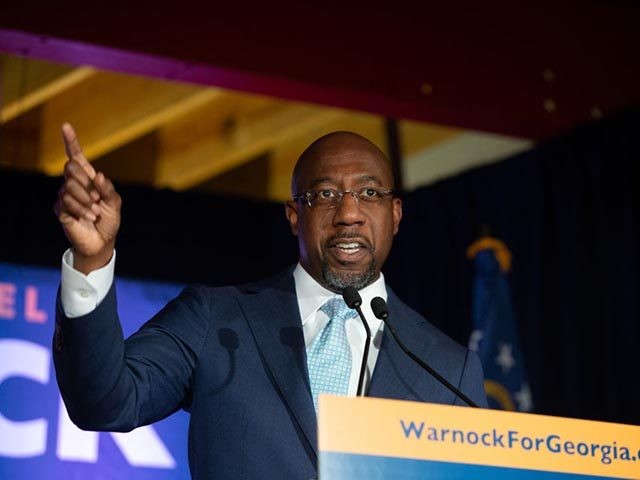 Rev. Raphael Warnock, the Democrat candidate for Georgia’s U.S. Senate runoff race, said in a speech in 2016 that “America needs to repent for its worship of whiteness.”

“If it is true that a man who has dominated the news and poisoned the discussion for months needs to repent, then it is doubly true that a nation that can produce such a man and make his vitriol go viral needs to repent,” Warnock said in an address at Atlanta’s Candler School of Theology right before the 2016 presidential election.

“No matter what happens next month, more than a third of the nation that would go along with this is reason to be afraid,” Warnock emphasized. “America needs to repent for its worship of whiteness on full display.”

Via Cousin John
Posted by Brock Townsend at Saturday, November 14, 2020 No comments: On Monday and Tuesday The Gateway Pundit was first to report on election software “glitches” that resulted in votes stolen from President Trump and extra votes given to Joe Biden in numerous swing states.

BREAKING EXCLUSIVE: Analysis of Election Night Data from All States Shows MILLIONS OF VOTES Either Switched from President Trump to Biden or Were Lost — Using Dominion and Other Systems

HUGE! Corrupted Software Used in Michigan County that Stole 6,000 Votes from Trump — Is Also Used in ALL SWING STATES — And Uses Chinese Computer Parts In Its Machines

Via G.W. Long via Ninety Miles From Liberty

Trump Attorney Lin Wood weighed in on this report today.

Biden & his criminal cronies are not going to sleep well tonight. Well, Biden might because he probably forgot the name Scytl.

His co-conspirators know name well. They also know the name Paragon, company which purchased Scytl in 10/20.

In spite of the mainstream media and Big Tech continue flagging and suppressing the information that regarding the electoral fraud, enormous evidence just keep flooding in.

Earlier today Rep. Louie Gohmert has confirmed on Newsmax that a software company called Scytl, has been improperly collecting the election data through Spain was raided by a large US army force and its servers were seized in Frankfurt, Germany

I asked one simple question to people who work with fraud 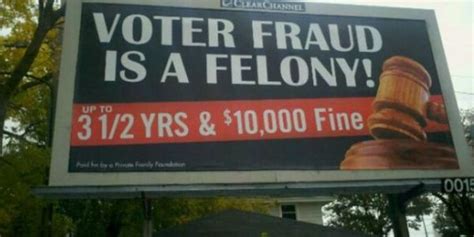 And the thread is still going on. As of yet nobody has showed up to scream about how we’re all big stupid moron idiots who should shut up and listen to our betters in the totally unbiased news media, like in every other post I make about the election (It’s almost like the left has made social pressure compliance shaming into an art form or something). And nobody claiming to have an audit/fraud/investigation background has chimed in to gaslight everyone yet, probably because they realize they would get eaten.

I noticed yesterday that I was having lots of strangers show up to scream at me whenever I posted any information about election fraud, but they were all low information types just barfing up “fact checks” which was basically whatever the news had just told them, but none of them had the basic knowledge of how fraud works to even sorta discuss any of the actual data. So I got curious and posted the following on facebook:

One quick question, only answer if you have worked in auditing/stats/fraud/investigations/or other data analysis type fields. In your entire career, have you ever seen a case that threw up this many flags that DID NOT turn out to be fraud?

Again, flags are not proof. They are merely anomalies which would cause an auditor to check. Nor am I claiming this is a scientific poll (though I’d bet I’m still more accurate than Nate Silver!). There is of course a sampling bias as I know many of these people in meat space (and their resumes on this topic are killer) but it was also open to the public so anyone could comment and it got shared a hundred times.

A statement at whitehouse.gov, from Security Advisor Robert C. O'Brien,

President Trump dropped a bomb this week on election fraud. He said the election machine and software company called Dominion “Deleted 2.7 million Trump Votes nationwide. Data analysis finds 221,000 Pennsylvania votes switched from President Trump to Biden.” If this is proven, and I think it will be, this would shut down Biden and the election would be Trump’s along with the GOP.

Top Trump election attorney Lin Wood, who got millions of dollars from mainstream media outlets (MSM) such as CNN for defaming Nick Sandman, tweeted out “Soon no objective fair minded person would be able to deny massive voter fraud perpetrated in planned coordinated scheme to steal our Presidency. . . . They have all been caught.” On the law, Wood is good, and he would not make such statements on Twitter if he did not already have a darn good provable case.

Appalachian Trail hikers often call Pennsylvania “Rocksylvania” because of the rocky terrain along the trail. With all the shenanigans related to the 2020 election, “Fraudsylvania” is perhaps the most appropriate moniker. Things are a mess. According to this article from The Epoch Times:

More than 20,000 absentee ballots in Pennsylvania have impossible return dates and another more than 80,000 have return dates that raise questions, according to a researcher’s analysis of the state’s voter database.

Over 51,000 ballots were marked as returned just a day after they were sent out—an extraordinary speed, given U.S. Postal Service (USPS) delivery times, while nearly 35,000 were returned on the same day they were mailed out. Another more than 23,000 have a return date earlier than the sent date. More than 9,000 have no sent date.

Wait Just a Minute! Some Very Good News May Be Coming

Like many, I spent the last few nights waking up at 2:03 A.M., no reason, then looking at my phone for news, any news, that might be positive for President Trump.  I survived on Rush, Bongino, Mark Levin.  When the news continued to be ugly, I even checked in on ridiculous bloggers promising that ballots were watermarked and D.J. (our household name for a president we love) was actually launching a sting on the Deep State.

Hey, I have a degree in statistics, and I have some level of critical thought.  If there is such pessimism in my tribe, I am not going along.

So today, I started to dig into the numbers, and as I did, I fought my confirmation bias at every step.

This book is the history of a deception. I regard this deception asthe greatest deception in American history. So successful was thisdeception that, as far as I know, this book is the first stand-alone volume to discuss it. The first version of this book appeared as Part3 of Political Polytheism (1989), 201 years after the deception wasratified by representatives of the states, who created a new covenant and a new nation by their collective act of ratification-incorporation.

Posted by Brock Townsend at Saturday, November 14, 2020 No comments:

Everything I read testifies to the uselessness of the tests they do for this covid-19.  Everything I read reports the same; the minions use any positive test, from the demonstrated useless tests, is claimed a 'Çase'.  So the number of  'Çases' is fraudulently increased. Which fraud is used to justify further lockdowns and restrictions, useless in preventing a common virus.  All theater, all lies.
We must ask, 'For what purpose?'
Why would they produce a relatively mild man made virus, introduce it world wide, falsely inflate the numbers and the effects of their tame cough?  As one of the most vulnerable cohort, old and compromised, I do not play their stupid games.  I don't follow their script.  I may die, hell, I will die, I'm 80 and decrepit, but it'll more probably be from a jealous husband's bullets, than any make believe 'pandemic''.
Their purpose, grasshopper, is to institute their absolute, totally and complete control of your person, your mind, your life. That's the purpose of the Great Reset;  that's why its important to them, to have Harris in the big chair; that's why they will kill who they have to, bring down what they have to, destroy what they have to, to get their way.  All of this is pieces and parts of the same game.
The end object is to replace the nations, to replace the people, to eliminate the tribes and races, to produce one mutt people, useful to them as labor and consumers.  They want no more than 500,000,000 people in the world. Period.  I am already dead as far they're concerned; you are the problem.   500,000,000,000 of you have to go.  Not a problem.  Whites are already below replacement rates in births; Asians are approaching a balance;  Africans are, as usual, out of control, but we have vaccines
coming to take care of that problem.
Abortion, Euthanasia, maybe war, perhaps a plague of a real killer virus will clean this place up fairly quickly.  Little Greta the Harpy young as she is, may see the day when she can huddle alone over her LED candle in her ice encrusted hovel and congratulate herself on her success.
And who are these ephemeral they . . . they are a coterie of exceedingly rich, exceedingly obnoxious, people who believe they alone have the smarts that entitle them to reign over a herd of stupid serfs, shuffling to do Massa's bidding.  Bill Gates, Jeff  Bezos, Zuckerberg, Soros, that crowd.  The celebrities, politicians, bureaucrats, academics, et al, who think they have an 'IN' with these guys are just deluded fools being used as tools to implement the plan.
OK, now you may shake your head and feel sorry for me, the Nut who says all this crap.  I have notes and references but I know, 99% of you will never bother to read those.
~~4Branch
Posted by Brock Townsend at Saturday, November 14, 2020 4 comments: