Jacques Mequet Littlefied did not live an exceptionally long life, dying of cancer in 2009 at age 59. But the independently wealthy San Francisco Bay Area collector did live a wonderfully eclectic life, amassing over some four decades one of the world’s biggest collections of rolling armor. Yup, tanks. And a few other related things, including SCUD missiles, amphibious personnel carriers and anti-tank guns.

It is safe to say that not outside of an actual war is one likely to find anything quite like The Littlefield Collection, 280 largely restored relics from a range of armed conflicts. While 80 of Littlefield’s prized items are destined for The Collings Foundation in Stow, Mass., a museum dedicated to the preservation of such fare, 200 lots go under Auctions America’s hammer July 11-12 at Littlefield’s former home-cum-museum in Portola Valley, Calif., just south of San Francisco.
After all, moving an M1 tank anywhere was out of the question. 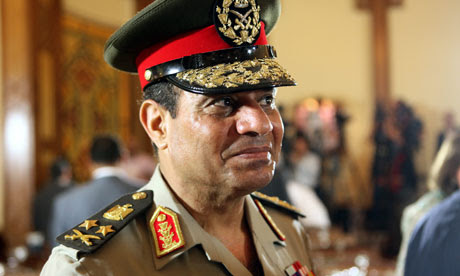 There is a profound Irony at play. President Obama, and Hillary Clinton supported the hardline Islamist element within the Muslim Brotherhood and Mohammed Morsi who have now been dispatched in favor of a secular governance provided by El-Sisi. Meanwhile, next door in Libya, the U.S. administration and State Dept. are telling all Americans to evacuate the country as the U.S. supported government is under attack.


More @ The Last Refuge
Posted by Brock Townsend at Thursday, May 29, 2014 6 comments: Links to this post

NC: Build Your Own AK

Well now, this isn’t going to go over well at the criminal’s next union meeting:


An assailant died this week when his cohort’s gun discharged while the cohort pistol-whipped a man on Detroit’s west side, George Hunter reports in the Detroit News.

The assailant was killed at 11 p.m. Monday, when he and another man were reportedly assaulting a victim near the intersection of St. Mary’s and Elmira on the northwest side.

“One of the men was pistol-whipping the victim when his gun went off, and his partner was shot in the neck,” Assistant Police Chief Steve Dolunt told Hunter.

Posted by Brock Townsend at Thursday, May 29, 2014 6 comments: Links to this post


Nothing beats full auto rock and roll. If the fans get rowdy you can fire a few warning shots to show that you mean business. You won't need to hire any security, because no one will ever rush the stage. 7.62 mm NATO rounds typically have that effect on people. The venue owner will always pay up, and no one will ever tell you to keep it down. Any guitar that lets you hold up a liquor store after you get finished with your gig has to be a keeper. The only problem is the groupies seem to be fewer and farther between. But they'll have their hands in the air, that's for sure.


More @ The Borderline Sociopathic Blog For Boys
Posted by Brock Townsend at Thursday, May 29, 2014 5 comments: Links to this post

“Never teach your children to admit that their fathers’ were wrong in their efforts to maintain the sovereignty, freedom and independence which was their birthright”—-Jefferson Davis.

In 1931, a bronze statue of Jefferson Davis, sculptured by Virginia’s Augustus Lukeman, was given to the National Statuary Hall in Washington, D.C. by the State of Virginia.

Davis served the United States as a soldier, statesmen and Secretary of War under President Franklin Pierce. He was also the first and only President of the Confederate States of America.


More @ Canada Free Press
Posted by Brock Townsend at Thursday, May 29, 2014 8 comments: Links to this post

The U.S. Marine who mistakenly crossed into Mexico with guns registered in the U.S. told Fox News Channel's Greta Van Susteren that authorities south of the border showed no interest in hearing his story before they locked him up two months ago.

In an exclusive interview from a federal prison in Tecate, Sgt. Andrew Tahmooressi, who served two tours of duty in Afghanistan, told the "On the Record" host he tried to explain that he had taken a wrong turn and was unable to avoid crossing at the San Ysidro checkpoint on the night of March 31.
"[A Mexican border guard] got on the walkie-talkie and was communicating what was going on," Tahmooressi said. "I think what he said was, 'Hey we've got a guy down here with three guns.'"
That message brought a Mexican Marine to the scene.

Frequently initial eyewitness accounts of violent crime scenes prove especially helpful for independent researchers to piece together what actually may have transpired. For example, in the aftermath of the major political assassinations of the late 1960s, the Oklahoma City Murrah Federal Building bombing, or more recent mass shootings, subsequent official accounts of potential culprits can vary significantly from those of first-hand witnesses.


This may also be the case concerning the tragic May 23 shooting in Isla Vista, California. In this event numerous witnesses claim two men were inside the black BMW and proceeded to carry out a number of “drive by” shootings. Note, however, that this is not what has been imbued in to the popular memory over the past few days. The two pairs of local press reports below suggest differing accounts before and after the Santa Barbara Sheriff’s 2:30AM press conference on May 24, where Sheriff Bill Brown confirmed a sole suspect, Elliot Rodger, and pointed to his YouTube video rant as sufficient evidence to indict him in the court of public opinion.

On May 27 MHB contacted the Santa Barbara Sheriff’s Office to request an incident report. The SBS asserts that the agency only provides such reports to those directly impacted by the crime, and that in this case even direct involvement may not be sufficient cause for release of the report.-JFT


More @ Memory Hole
Posted by Brock Townsend at Thursday, May 29, 2014 4 comments: Links to this post

White people—especially young whites from upper middle class or wealthy families in urban or suburban settings—are worth more than brown people, yellow people, and red people of any age, anywhere.

We know this because of how the mainstream media responds to different reports of violence.
Tamara Keel is dead-on accurate:


So there’s a “mass* shooting” that would have been a page three wet firecracker in Compton, but do it to some cracker kids from the ‘burbs serving their four years at the Special Snowflake Warehouse & Indoc Center and the nation just loses its collective $#!+.

Apparently busting caps in three people’s asses is a lot bigger deal if you do it out the window of an ’08 Bimmer instead of a ’94 Caprice.

Al Sharpton Versus The Teleprompter, Volume 2

Posted by Brock Townsend at Thursday, May 29, 2014 No comments: Links to this post

I’ve already told you what a racist, bigoted, anti-American, anti-Semitic, anti-Israel Marxist the late Maya Angelou was. But, predictably, she sucked as a professor, too. The pretentious Angelou, who never went to college (and may not have even graduated from high school), “taught” (if you can call it that) English at Wake Forest University.

Posted by Brock Townsend at Thursday, May 29, 2014 6 comments: Links to this post 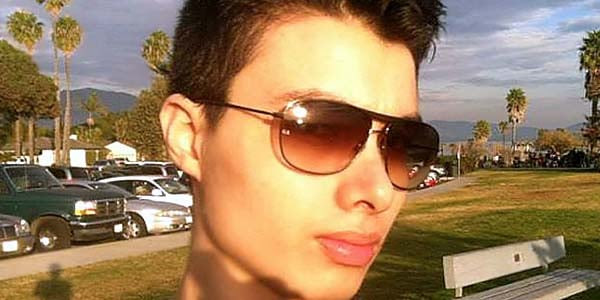 Not ones to let a good crisis go to waste, progressives of a certain stripe looked at Santa Barbara’s Friday night massacre the way preschoolers might a pony under their Christmas tree.

Three immediate narratives emerged from Twitterdom even before the bodies were counted and sorted.

The first and most expected was given voice by Richard Martinez, the father of one of the victims, Chris Martinez.

“Why did Chris die?” asked Martinez at a Saturday press conference. “Chris died because of craven, irresponsible politicians and the NRA. They talk about gun rights, what about Chris’ right to live? When will this insanity stop?”

It is hard to fault a grieving father his outrage, even if misdirected. It is easy to fault those many pundits who exploited Martinez’s grief and gleefully spread his message across cyberspace.

Had they paused just a half a day, they would have learned that the killer, Elliot Rodger, had stabbed as many people to death as he had shot to death. For good measure, he ran over a few more in his BMW.

Does the “insanity” extend to knives and cars? Should AAA have shared the blame with the NRA? Is it possible that the politicians in question are not “craven” but conscious of their fellow citizens’ constitutional rights?

For years, employees at a Texas VA complained that their bosses were cooking the books. For years, the VA insisted there was no widespread wrongdoing.
Editor's Note: This story has been updated with new information.

Last week, President Obama pledged to address allegations of corruption and dangerous inefficiencies in the veterans’ health-care system. But before the president could deliver on his pledge, the scandal has spread even further. New whistleblower testimony and internal documents implicate an award-winning VA hospital in Texas in widespread wrongdoing—and what appears to be systemic fraud.


More @ The Daily Beast
Posted by Brock Townsend at Thursday, May 29, 2014 8 comments: Links to this post

Europe Belongs To Us

The Military Is Building Brain Chips to Treat PTSD

How well can you predict your next mood swing? How well can anyone? It’s an existential dilemma for many of us but for the military, the ability to treat anxiety, depression, memory loss and the symptoms associated with post-traumatic stress disorder has become one of the most important battles of the post-war period.

Now the Pentagon is developing a new, innovative brain chip to treat PTSD in soldiers and veterans that could bring sweeping new changes to the way depression and anxiety is treated for millions of Americans.


More @ Defense One
Posted by Brock Townsend at Thursday, May 29, 2014 2 comments: Links to this post