Sherman's March to the Sea, 1864: A Southerner's Perspective

A family flees the approach of Sherman's Army

"Sherman's Sentinels"
Only the chimneys stand after
a visit by Sherman's Army
Atlanta fell to Sherman's Army in early September 1864. He devoted the next few weeks to chasing Confederate troops through northern Georgia in a vain attempt to lure them into a decisive fight. The Confederate's evasive tactics doomed Sherman's plan to achieve victory on the battlefield so he developed an alternative strategy: destroy the South by laying waste to its economic and transportation infrastructure.

Sherman's "scorched earth" campaign began on November 15th when he cut the last telegraph wire that linked him to his superiors in the North. He left Atlanta in flames and pointed his army south. No word would be heard from him for the next five weeks. Unbeknownst to his enemy, Sherman's objective was the port of Savannah. His army of 65,000 cut a broad swath as it lumbered towards its destination. Plantations were burned, crops destroyed and stores of food pillaged. In the wake of his progress to the sea he left numerous "Sherman sentinels" (the chimneys of burnt out houses) and "Sherman neckties" (railroad rails that had been heated and wrapped around trees.).

Along the way, his army was joined by thousands of former slaves who brought up the rear of the march because they had no other place to go. Sherman's army reached Savannah on December 22. Two days later, Sherman telegraphed President Lincoln with the message "I beg to present to you, as a Christmas gift, the city of Savannah..."

It was the beginning of the end for the Confederacy. Sherman stayed in Savannah until the end of January and then continued his scorched earth campaign through the Carolinas. On April 26, Confederate troops under General Joseph E. Johnston surrendered to Sherman in North Carolina; seventeen days after Lee surrendered to Grant at Appomattox.

"Oh God, the time of trial has come!"

Dolly Sumner Lunt was born in Maine in 1817. She moved to Georgia as a young woman to join her married sister. She became a school teacher in Covington, Ga. where she met and married Thomas Burge, a plantation owner. When her husband died in 1858, Dolly was left alone to manage the plantation and its slaves. Dolly kept a diary of her experiences and we join her story as Sherman's army approaches her home:

The driver walked away.
Posted by Brock Townsend at Sunday, October 05, 2014 4 comments:

The following is presented in the interest of providing accurate information and what is known about the “race riot” (contemporaries referred to it as the “Wilmington Rebellion”) and based upon the bestinformation available – primarily as close to the conflict as possible and by credible eyewitnesses or scholars. Most if not all responses to questions have their sources cited for further reading.

For an accurate understanding of the political and racial atmosphere in late 1860s through 1890s North Carolina and Wilmington, we highly recommend the following titles as worthy of the reader’s time, and they are cited below:

Life and Speeches of Charles B. Aycock, Conner/Poe, 1912

Black newspaperman Alexander Manly, perhaps due to lagging revenue and prone to inflammatory editorials like the one cited below, was responding to an 1897 speech by Georgian Rebecca Felton to a Georgia Agricultural Fair assembly. She decried the rape of white farm women by black men while the white farmers were working the fields, and that this crime had become epidemic. She blamed the Republican party for fostering the belief among blacks that their crime of rape would not be punished.  Manly's editorial was seen as suggesting that the rape was somehow consensual and absolving the criminal.

The following from the DeRosset source, published in 1938:

Prejudices of the Northern States 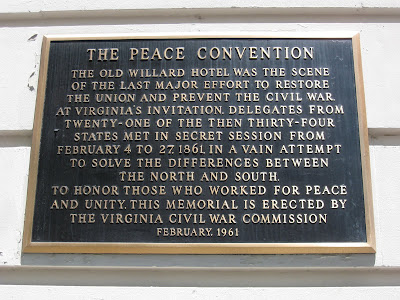 Prejudices of the Northern States

“In the house of them who felt so keenly their mission to call others to repentance, how fared it with the Negro?  In the general laws of Massachusetts (compiled in accordance with a resolution of February 22, 1822) it is provided: “That no person being an African or Negro, other than the subjects of the emperor of Morocco” – (and certified citizens of other States) “shall tarry within the Commonwealth for a longer time than two months.”

In case of such prolonged stay, if after warning and failure to depart, “it shall be made to appear that the said person has thus continued in [Massachusetts] . . . he or she shall be whipped, not exceeding ten stripes, and ordered to depart, and if he shall not so depart, the same process shall be had and inflicted, and so toties quoties.” In March, 1788, this was one of the “perpetual laws of the Commonwealth.”

When war raged for freedom, how was it then?  In September 1862, General [John] Dix proposed to remove a “number of [Negro] contrabands” from Fortress Monroe to Massachusetts.  To this Governor Andrew replied: “I do not concur in any way, or to any degree in the plan proposed” [and that you will be deprived] “of the strength of hundreds of stout arms, which would be nerved with the desperation of men fighting for liberty.”

The war governor proceeds: “Contemplating, however, the possibility of such removal, permit me to say that the Northern States are of all places the worst possible to select for an asylum . . . I would take the liberty of suggesting some Union foothold in the South.”

In this same month, the adjutant-general [Dix] inquired of the army of the West: “What is to be done with this unfortunate race . . . You cannot send them North.  You all know the prejudices of the Northern States for receiving large numbers of the colored race.  Some States have passed laws prohibiting them to come within their borders . . . look along this river (the Mississippi) and see the number of deserted plantations on its borders. These are the best places for these freed men.”

Ever, as with the constancy of natural causes, exercised in some other man’s house, on the banks of some far-off, ancient river.  On these terms who would not be an altruist?

“In the State where I live,” said John Sherman, on April 2, 1862, “we do not like Negroes. We do not disguise our dislike.  As my friend from Indiana (Mr. Wright) said yesterday, “The whole people of the Northwestern States, are, for reasons, whether correct or not, opposed to having many Negroes among them, and that principle or prejudice has been engraved in the legislation of nearly all the Northwestern States.”