Cancel Culture Will Decimate Us–If We Let It

Consider that such “conservatives” as US Senators James Lankford (R-Oklahoma) and Ron Johnson (R-Wisconsin) now propose replacing Columbus Day as a national holiday with Juneteenth to celebrate the manumission of the last slaves in 1865. Tell me, please, what is the difference between these pusillanimous fake conservatives and those “woke” social justice warriors out in the streets who actually pull down monuments to Christopher Columbus? At least the rioters are honest about their designs. Lankford and Johnson think they can “compromise” their way around what is going on. Their lack of conviction, their cowardice, is revealed for all to see. And in the end the mob will not spare them, either.

Often as I work at my computer I keep on the Sirius FM Classical Music Service, “Symphony Hall,” with an occasional switch-over to a Bluegrass channel. Both, I believe, reflect at their finest superior elements of our Western cultural tradition with deep popular roots in our civilization, in the songs and compositions of people—our ancestors—which are inspired by their faith, their heroes, their tragedies and triumphs, events in their cumulative history.

Sometimes at night I try to catch a classic film on Turner Classic Movies (TCM) or on my preferred Encore Westerns Channel. Not so much on Encore Westerns, at least not yet, but TCM has begun bracketing certain politically-incorrect classics with “woke” commentary, usually by black and/or gay film critics. Some films, once shown on network television, will probably never see the light of day again. They are far too reactionary, mired in a time long ago, unable to be salvaged even by the most superficially talented social justice progressive movie maven.


More @ The Abbeville Institute
Posted by Brock Townsend at Wednesday, July 15, 2020 No comments:

[Photos] Inside a Ben Thanh Devoid of Tourists, Forlorn Kiosks and Mass Closures 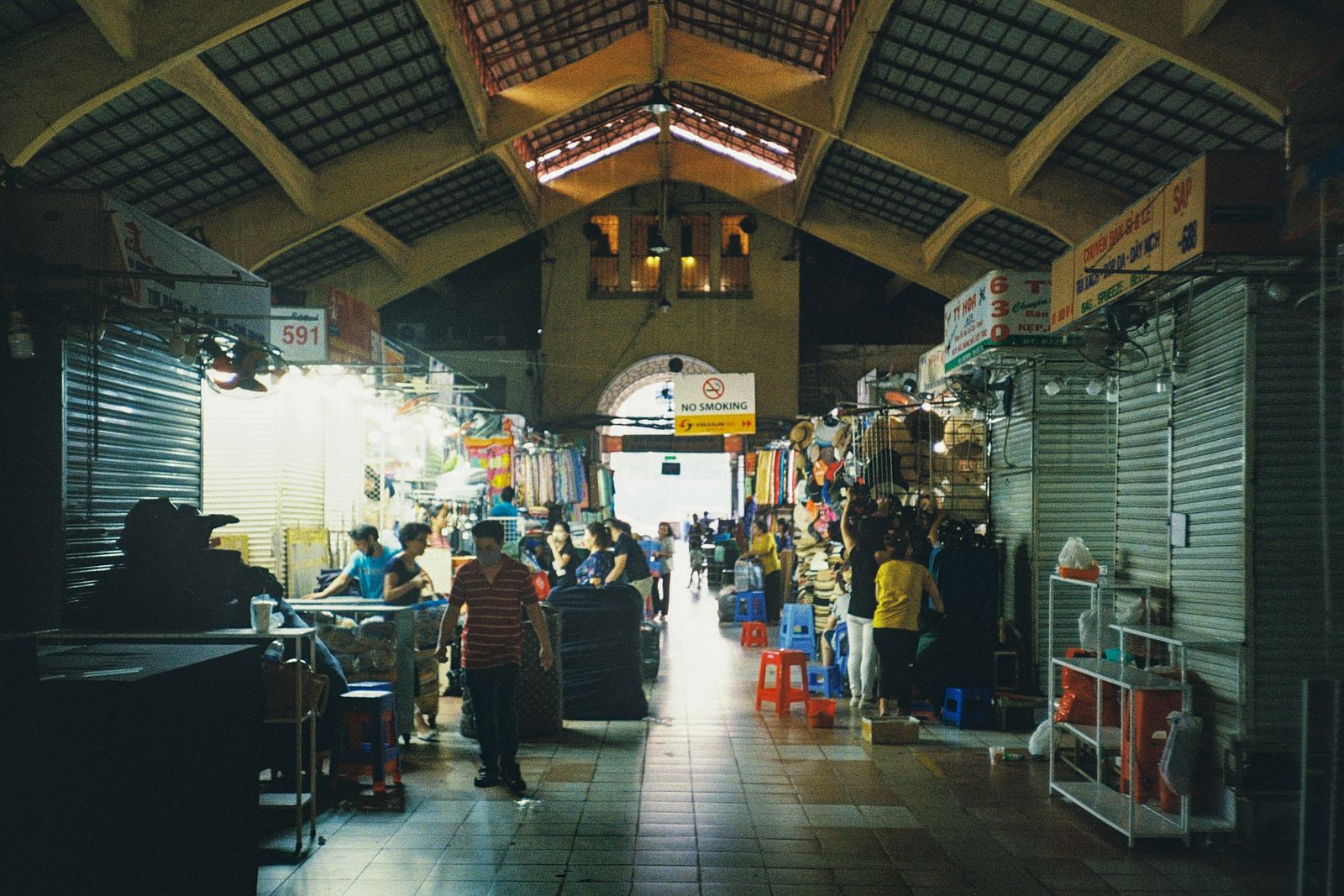 Plump mangosteens, cheap iPhở shirts, freshly ground coffee, and paper cut-outs of city landmarks — there was a time when the northern gate of Ben Thanh Market was lined door-to-door with dynamic shops enticing tourists to sample their eclectic range of products.

That was just six months ago, when Vietnam was basking in an unprecedented amount of attention from international visitors. According to the General Statistics Office of Vietnam, January saw the arrival of 1.99 million foreign tourists, the most the country has ever hosted in a month on record.

Unfortunately, the golden period didn’t last long, as just a month later, the world came to a halt after the COVID-19 pandemic grounded international flights, emptied personal savings, and cast serious doubts on the very concept of globalization. While Fake News may be a new term, the concept has a long history.  We have been taught that a free, independent, and ethical press is essential for a free society to function and thrive; however, in practice, the American press has typically been far from these ideals. The press has been most malicious in times of crisis, acting not as recorders of history, but active players in the drama, manipulating both public opinion and political leaders.

Leading up to the War Between the States, reporters for major newspapers and periodicals saw themselves as entitled to embellish stories in a custom or practice referred to as “faking it” in order to attract readers and maximize distribution and sales.[1] The two main newspapers in New York at the time were the Tribune, managed by Horace Greeley, which was anti-slavery and progressive, and the Herald, run by Gordon Bennett. The Herald had by far the largest daily circulation, but the weekly Tribune, which was nationwide, had over 200,000 readers making it the most influential paper across the country, especially in the Yankee Midwest.[2] Greeley made a practice of sending reporters to the South to describe the worst aspects of slavery for the Northern reader which incensed Bennett.  One account taken from “Disease in the Public Mind” goes as follows:


More @ The Abbeville Institute
Posted by Brock Townsend at Wednesday, July 15, 2020 No comments: The Irish slave trade began when James II sold 30,000 Irish prisoners as slaves to the New World.  His Proclamation of 1625 required Irish political prisoners be sent overseas and sold to English settlers in the West Indies.

By the mid 1600s, the Irish were the main slaves sold to Antigua and Montserrat (70% of the total population of Montserrat were Irish slaves at this time).

During the 1650s, over 100,000 Irish children between the ages of 10 and 14 were forcibly taken from their parents and sold as slaves in the West Indies, Virginia and New England.  Another 52,000 Irish (mostly women and children) were sold to Barbados and Virginia while 30,000 Irish men were sold to the highest bidder.

More @ Save Your Heritage.
Posted by Brock Townsend at Wednesday, July 15, 2020 4 comments:

Democrats are moving a step beyond national debate over defunding the police, with three leading Democrats issuing statements over the past month that excuse or tolerate criminal acts.

As some Seattle residents illegally seized several city blocks in June and christened the area the Capitol Hill Autonomous Zone, the Seattle Mayor Jenny Durkan did not initially intervene. Instead, Durkan said CHAZ was “patriotic” and that it could turn into “a summer of love.”

“Burning, rioting, and looting are criminal acts and should never be justified or excused,” said Heritage Foundation President Kay James. “It is an absolute scandal that political and corporate elites would not only excuse this behavior, but cheerlead the destruction of communities, the ransacking of local family businesses, and the skyrocketing rates of violence against the most vulnerable citizens.

We must ... expose the powerful people who are providing aid and comfort to the domestic enemies of our American republic.”

Bridger is a hero. How brave is this young man?

Hey, all. Please, share my nephew’s story so that it gets as much exposure as it can. We know that our little hero would love some words of encouragement from his favorite heroes. On July 9th, my six year old nephew Bridger saved his little sister’s life by standing between her and a charging dog. After getting bit several times on the face and head, he grabbed his sister’s hand and ran with her to keep her safe. He later said, “If someone had to die, I thought it should be me.” After receiving 90 stitches (give or take) from a skilled plastic surgeon, he’s finally resting at home. We love our brave boy and want all the other superheroes to know about this latest hero who joined their ranks. @tomholland2013 @chrishemsworth @robertdowneyjr @markruffalo @prattprattpratt @twhiddleston @chadwickboseman @vindiesel @chrisevans #BridgerStrong #apemanstrong
Posted by Brock Townsend at Wednesday, July 15, 2020 31 comments:

It's Just A Mask