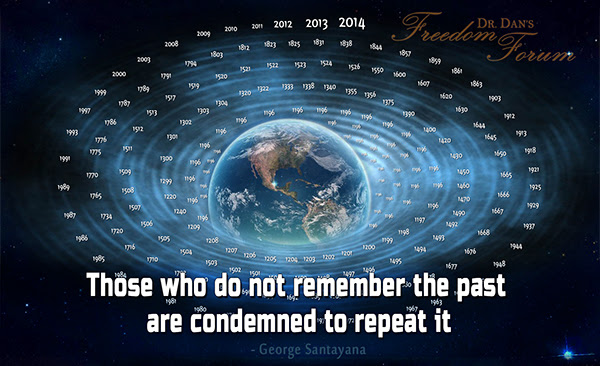 One of the most important lessons parents can teach their children is the natural consequences of their actions. If you do “A,” the most likely result is “B.” Children armed with this knowledge are more likely to make life decisions that lead to successful and positive outcomes. In addition, with maturity should come the understanding that not every choice leads to success and that one must be willing to accept the responsibility for failure as well as victory.

How incredible it would be if nations could learn these same lessons. Imagine the progress mankind could achieve if we stopped using the same erroneous facts, flawed logic, and an ignorance and denial of historical truth to expect different results from similar actions.

The Natural Rights of Men 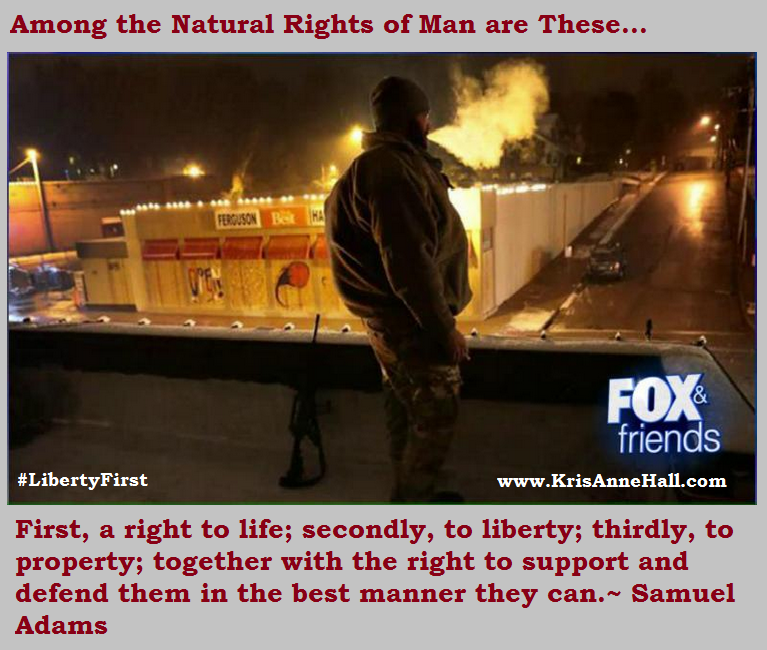 Drones for the Holidays: Aerial Video + Photo for Every Budget + Skill Level 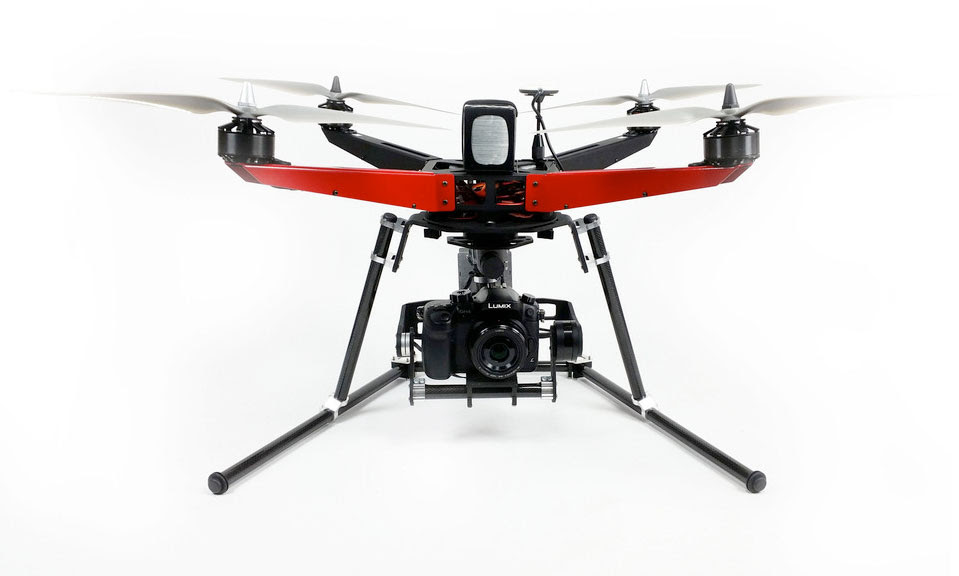 There is one product out there that has completely revolutionized the way we think about videography and photography, more so than any other in the last five years, and it’s not even made by a camera company. The multi-rotor, AKA “UAV” (Unmanned Aerial Vehicle), AKA “drone,” has emerged from seemingly nowhere and captured everyone's imagination. The child in us loves to see machines fly. The nerd in us loves to learn how these things fly. The artist in us loves to imagine what sorts of amazing shots we could get if we only had a camera that could fly.

Multi-rotors are remote-controlled model aircraft that have more than two spinning blades. There are tri-copters, quad-copters, hexa-copters, octo-copters, and about any other kind of ’copter you can think of out there. What that amounts to, for photographers, is a very stable platform that can lift payloads such as cameras and gimbals (an essential tool that stabilizes the attached camera).


LANGUAGE!  What have our publix skools wrought.....?

9 militants, up to10 police killed in shootout in Chechen capital


An anti-terrorist operation in Grozny, the capital of Russia's Republic of Chechnya is over. The head of the republic says up to 10 law enforcement officers have been killed and nine militants have been eliminated.

How to shoot a Pistol with world champion shooter, Jerry Miculek

A classic. “At least we didn’t rape her” as a means of putting an over-zealous jaywalking encounter into perspective—wow. And, as a bonus, Acevedo managed to gratuitously insult his fellow police officers all over America.

“And that’s why it’s important for us as Americans to know our neighbors, know our families — tell somebody,” Austin Police Chief Art Acevedo said Monday. “If you know somebody that is acting with a lot of hatred towards any particular group- especially if it’s somebody you know is a gun enthusiast or is armed with these type of firearms and they’re showing any kind of propensity for hatred- it doesn’t mean we’re going to take them to jail, but we might want to vet these people.” (Oh, really, for illegal thoughts.....?)

Via Angry Mike "We need to grab this little faggot, strip him to his panties, and drop him off in downtown Cleveland Ohio in July, then the little bitch can see what us scared white ppl that have never left our state is a bit nervous of, and I know just the spot !"

According to the Chronicle columnist, who describes himself as a "yoga instructor" and "admirer of trees," white male gun purchasers are afraid of our "scary black president" and of Ferguson's black protesters.


Which is more dangerous: a scared, undereducated white guy with a gun, or black people protesting in the streets? http://t.co/SQG9qLEgWf
— Mark Morford (@markmorford) December 3, 2014

A prominent writer for the $outhern Poverty Law Center was gunned down by two black males while hiking in Oakland, reports NBC Bay Area News:

A man who was fatally shot at a park in the Oakland hills on Tuesday afternoon has been identified as David Ruenzel of Oakland, East Bay Regional Park District police said Wednesday.

. . . They said they are investigating robbery as a possible motive for the crime.


Recall back in 2008, during the voting that led to Obama’s election, how the New Black Panther Party and two of its members were charged with voter intimidation for their conduct outside a polling station in Philadelphia?

There was even video showing the Panthers, King Samir Shabazz and Jerry Jackson, clad in black and brandishing what appeared to be a club, scowling at people as they entered the voting place.
In a highly controversial move that outraged many concerned with voter intimidation and potential fraud, the Department of Justice later narrowed the charges against Shabazz and dismissed the charges against the New Black Panther Party and Jackson.

Now, in an action reminiscent of what it did some six years ago, Holder’s DOJ appears to be going easy on two members of the New Black Panther Party who allegedly plotted to blow up the St. Louis Gateway Arch and carry out political assassinations…all in the name of protesting the Ferguson shooting and grand jury decision.

The 15 best and most influential handguns ever made

GLOCK 17- A polymer-framed, short recoil operated, locked breech semi-automatic pistols designed and produced by Glock Ges.m.b.H., located in Deutsch-Wagram, Austria. It entered Austrian military and police service by 1982. Despite initial resistance from the market to accept a "plastic gun" due to durability and reliability concerns, and fears that the pistol would be "invisible" to metal detectors in airports, Glock pistols have become the company's most profitable line of products, commanding 65% of the market share of handguns for United States law enforcement agencies as well as supplying numerous national armed forces and security agencies worldwide. Glocks are also popular firearms amongst civilians for recreational/competition shooting, home/self defense and concealed/open carry.

Utah to seize own land from government, challenge federal dominance of Western states

In three weeks, Utah intends to seize control of 31.2 million acres of its own land now under the control of the federal government. At least, that’s the plan.

In an unprecedented challenge to federal dominance of Western state lands, Utah Gov. Gary Herbert in 2012 signed the “Transfer of Public Lands Act,” which demands that Washington relinquish its hold on the land, which represents more than half of the state’s 54.3 million acres, by Dec. 31.

So far, however, the federal government hasn’t given any indication that it plans to cooperate. Still, state Rep. Ken Ivory, who sponsored the legislation, isn’t deterred.

Ferguson: Inconvenient facts about the encounter

Is it relevant that St. Louis, near Ferguson, recently had the third-highest per capita murder rate of any large city (with 250,000 or more residents) in America, ranking behind New Orleans and Detroit?

And, according to an analysis of 2011 FBI crime stats, St. Louis had the second-highest overall crime rate among large cities.

Is it relevant that the state of Missouri ranks second among states in per capita black homicide victimization rate? According to the Violence Policy Center, only Nebraska has a higher per capita murder rate for black victims, based on 2011 FBI data. Last year, according to FBI statistics, more than 6,300 blacks were homicide victims, or almost 18 per day, almost all at the hands of other blacks. Even more disturbing, a decreasing number of murders are “cleared” (solved). In 1961, 93 percent of all homicides were cleared. That number now is down to 64 percent in 2013, primarily because of drug and gang-related murders where people don’t talk because of a “no snitch” culture or fear of retaliation.

Members of Oath Keepers, a national group that includes current and retired military and law enforcement personnel, have rejected orders from St. Louis County Police to abandon posts on top of private businesses that invited their protection, the St. Louis Post-Dispatch reported Monday. The order to stand down was issued under presumed authority of a county ordinance prohibiting unlicensed security personnel.

“Once we read the statute, we laughed at it,” local Oath Keepers leader Sam Andrews commented, explaining the ordinance applies to employed security personnel. “Then, the next night, we were there.”

GIRLS JUST WANNA HAVE GUNS: The Real War on Women

On The Eric Garner case

I believe Holder and gang would have pushed more rioting if this had been down South.

This case is now as dead as the victim.

I’m not surprised by the no-indictment decision of the Staten Island grand jury in the Eric Garner chokehold case. The Garner killing is much, much different than the Michael Brown killing in Ferguson, Mo.

To start with, Darren Wilson, a white police officer, was alone when he confronted Michael Brown, a black teenager. Eric Garner was approached by a whole team of NYPD cops in Staten Island.
There was no videotape of the Michael Brown shooting so the killing had to be recreated from conflicting eyewitness accounts and forensic evidence. The Eric Garner killing by NYPD officer Daniel Pantaleo was recorded on an exclusive Daily New videotape.

But what makes the Garner case so much different than Michael Brown’s is that the Staten Island killing can’t be called a racial incident.

Obama, Holder, and Nixon are the Larry, Curly, and Moe of Ferguson!


If there is any justice in this nation then some high profile individuals will to go to jail as a result of their ineptitude, incompetence, and irresponsibility as exhibited at Ferguson. But don’t hold your breath unless blue is your favorite color!

Highly placed officials such as President Obama, Attorney General Holder and Governor Nixon were the epitome of irresponsibility. Frankly, they are responsible for much of the looting, burning, and other illegal activities and should be held accountable. Obama met with the protestors and told them to “stay the course”! He also called for better police training rather than greater personal responsibility, stronger family values, and more church involvement.

Eric Holder went to Ferguson and told college students that he understood “their mistrust” and while he was the Attorney General, he was also “a black man”! Who cares? Moreover, he began a civil rights investigation! Holder is divisive, derisive, and may be a deranged Attorney General.

Soon after the shooting, Governor Nixon made a video promising “A vigorous prosecution must now be pursued.” What incredible malfeasance. He had assumed that Wilson should be tried before the facts were known!

"There once was a thug named Brown / Who bum-rushed a cop with a frown / Six bullets later / He met his creator / Then his homies burnt down the town"    (gee, this sounds familiar......:)

A student at George Mason University (GMU) has received threats of rape and death after posting an abhorrent limerick about Michael Brown.

Ashley Ray Goldenberg, 22, posted the offensive poem to her CommunismKills
Tumblr page recounting the tragic events in Ferguson in a humorous manner. The post quickly went viral and she was immediately labeled a bigoted, white supremacist, and a member of the KKK.

This is Michael of  the Southern Nationalist Network. He came to see us at the 2010 Sam Davis Youth Camp and made the video below.