"If the US can invade Syria thousands of miles from its own shores, surely Russia can intervene in Ukraine." Via comment by Sioux on Excellent: The Covert Origins of ISIS

The US has claimed it will begin reconnaissance flights over Syria - a tentative first step toward direct military intervention it has sought in attempts to overthrow the Syrian government since 2011. While the US is using the Islamic State in Syria and Iraq (ISIS) as a pretext to carry out these intrusions into Syrian territory, it was the US itself that created and to this day perpetuates ISIS and other extremist militant fronts amid a documented attempt to reorder the entire Middle East.

What is expected to follow is an incremental expansion of US military intervention in eastern Syria that will include further arming and funding of the very terrorist networks it claims it is violating Syria's borders to attack, culminating in eventual military operations carried out against the Syria government itself.

The US' justification for directly intervening in Syria however, only further undermines the very "international norms" it claims to champion, and opens the door for other nations it is menacing to use more direct means to confront its agenda of global military aggression, including along Russia's border with Ukraine.

Three California state senators have been arrested this year.


More @ The Independent Institute
Posted by Brock Townsend at Tuesday, September 02, 2014 No comments: Links to this post

Excellent: The Covert Origins of ISIS


r
Posted by Brock Townsend at Tuesday, September 02, 2014 2 comments: Links to this post

The Philippine military said Monday that a U.N. peacekeeping commander in the Golan Heights should be investigated for allegedly asking Filipino troops to surrender to Syrian rebels who had attacked and surrounded their camp.

Gen. Gregorio Pio Catapang said he advised the 40 Filipino peacekeepers not to lay down their arms, and they defied the U.N. peacekeeping commander’s order. Instead, they staged a daring escape from the Golan camp over the weekend, ending a tense, dayslong standoff.


More @ The Washington Times
Posted by Brock Townsend at Tuesday, September 02, 2014 13 comments: Links to this post

Letters to a terrorist


Earlier this month, the Veterans Administration finally transferred long-overdue benefits to an HSLDA member family. “Happy Dance! Money deposited to our account yesterday!” the family wrote to us in an email.

The payment brought an end to a five-year-long dispute over the family’s veteran’s benefits. The father is a disabled veteran of the U.S. Marine Corps. Because of his disability, he is entitled to benefits from both Social Security and the Department of Veterans Affairs. These benefits also extended to his dependent daughter.

Under Social Security and VA rules, the daughter was still eligible for these benefits after she turned 18, as long as she was a full-time student. When she turned 18 in December 2008, she was being homeschooled through high school. Despite this, the Social Security Department and the VA cut off her benefits. The family contacted HSLDA for assistance.

We were able to get the Social Security benefits restored quickly. The VA benefits, however, were a different story.

Posted by Brock Townsend at Tuesday, September 02, 2014 6 comments: Links to this post 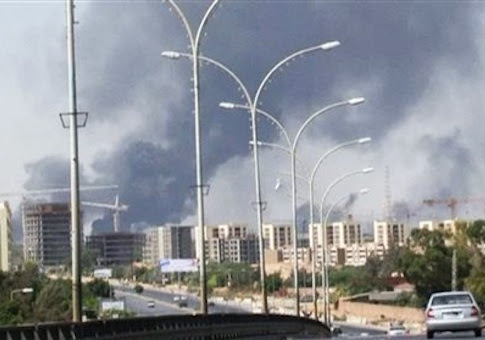 Islamist militias in Libya took control of nearly a dozen commercial jetliners last month, and western intelligence agencies recently issued a warning that the jets could be used in terrorist attacks across North Africa.

Intelligence reports of the stolen jetliners were distributed within the U.S. government over the past two weeks and included a warning that one or more of the aircraft could be used in an attack later this month on the date marking the anniversary of the Sept. 11, 2001, terrorist attacks against New York and Washington, said U.S. officials familiar with the reports.

Aftermath of the defeat of the Ukrainian army under Yelenovka 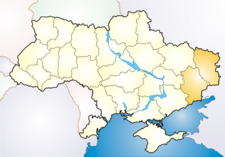 We are currently witnessing an epic and in its own way historic event. The Ukrainian regular army and the punitive battalions are suffering a catastrophic defeat to the south of Donetsk. Only a short time ago the Republics were in dire straits: the DPR was hanging only by a thin supply thread, which the Ukrainian army was attempting to sever near Shakhtersk and Krasnyi Luch; the summit of Saur-Mogila has been abandoned, and Bolotov’s counteroffensive had failed to bring decisive victories.


Written by Jason Isbell for a classmate of his Mathew McConnell from Greenhill Al.


What can you see from your window?
I can't see anythin' from mine
Flags on the side of the highway
And scripture on grocery store signs

Maybe eighteen was too early
Maybe thirty or forty is too
Did you get your chance to make peace with the man
Before He sent down his angels for you?

Your baby would just about be here
And your very last tour would be up
But you won't be back, they're all dressin' in black
Drinkin' sweet tea in Styrofoam cups

There's red, white and blue in the rafters
And there's silent old men from the Corps
What did they say when they shipped you away
To fight somebody's Hollywood war? 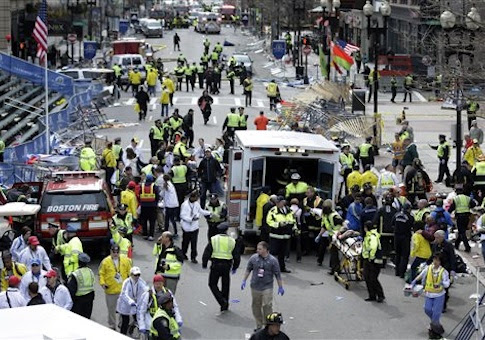 Instead, the internal FBI intelligence report concluded in its 2013 assessment published this month that the threat to U.S. internal security from extremists is limited to attacks and activities by eight types of domestic extremist movements—none motivated by radical Islam.

They include anti-government militia groups and white supremacy extremists, along with “sovereign citizen” nationalists, and anarchists. Other domestic threat groups outlined by the FBI assessment include violent animal rights and environmentalist extremists, black separatists, anti- and pro-abortion activists, and Puerto Rican nationalists.

Parents of Dead Navy SEAL Call For Obama To Resign

Billy and Karen Vaughn, whose son was killed in action on August 6, 2011, wrote for The World Tribune that Obama’s lack of leadership endangers the country.

“As commander-in-chief, your actions — or lack thereof — Mr. President, cost lives,” the Vaughns wrote. “As you bumble about in your golf cart, slapping on a happy face and fist-pounding your buddies, your cowardly lack of leadership has left a gaping hole — not only in America’s security — but the security of the entire globe. Your message has come across loud and clear, sir: You are not up to this job. You know it. We know it. The world knows it.”

“Please vacate the people’s house and allow a man or woman of courage and substance to seize the reigns of this out-of-control thug-fest and regain the balance we, America, have provided throughout our great history.”


More @ The Daily Caller
Posted by Brock Townsend at Tuesday, September 02, 2014 2 comments: Links to this post

Posted by Brock Townsend at Tuesday, September 02, 2014 4 comments: Links to this post

We now live in a nation with nearly wide-open borders, and our President is threatening to bypass the Constitution and open them even wider. Simultaneously, terrorist movements are increasing their recruiting, size and murderous intent and capabilities and are threatening attacks against America. If that wasn’t bad enough, hundreds of American raised terrorists with American passports are fighting with ISIS and similar social welfare organizations overseas, gaining the experience and knowledge they need to return home and wreak havoc–but that’s an article for another day.

Behind the Sinking of the Lusitania 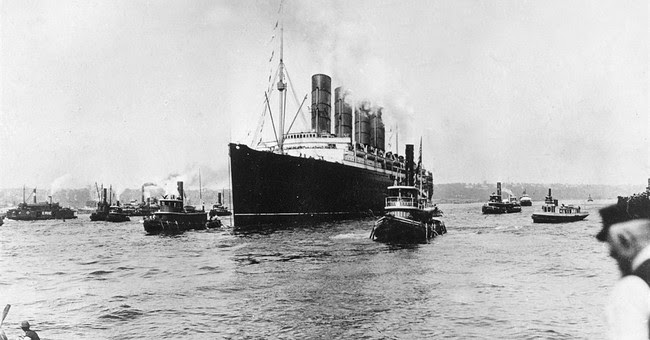 About how America became involved in certain wars, many conspiracy theories have been advanced -- and some have been proved correct.

When James K. Polk got his declaration of war as Mexico had "shed American blood upon the American soil," Rep. Abraham Lincoln demanded to know the exact spot where it had happened.

And did the Spanish really blow up the battleship Maine in Havana Harbor, the casus belli for the Spanish-American War?

The Gulf of Tonkin Incident, involving U.S. destroyers Maddox and C. Turner Joy, remains in dispute. But charges that North Vietnamese patrol boats had attacked U.S. warships on the high seas led to the 1964 resolution authorizing the war in Vietnam.

In 2003, Americans were stampeded into backing an invasion of Iraq because Saddam Hussein had allegedly been complicit in 9/11, had weapons of mass destruction and was able to douse our East Coast with anthrax.

"(He) lied us into war because he did not have the political courage to lead us into it," said Rep. Clare Luce of Franklin D. Roosevelt, who, according to many historians, made efforts to provoke German subs into attacking U.S. warships and bring us into the European war through the "back door" of a war with Japan.

This week marks the 75th anniversary.

The net increase in the number of employed working-age adults in North Carolina has gone entirely to legal and illegal immigrants since 2000, according to an analysis of government data conducted by the Center for Immigration Studies.

According to the limited immigration group, while the “native” working age (16-65 years old) North Carolina population has increased by 61 percent since 2000, the share of “natives” in that state’s work force has declined.

Decades before the television show, a Marine Corps battalion decorated for extensive combat in World War II and Vietnam earned the nickname the "Walking Dead."

Now the 1st Battalion, 9th Marine Regiment, which also saw action in Iraq and Afghanistan, has been deactivated during a ceremony Friday at Marine Corps Base Camp Lejeune in North Carolina. The step comes as top U.S. military and political leaders are moving to trim the size of America's military after more than a decade of war in Iraq and Afghanistan.

Posted by Brock Townsend at Tuesday, September 02, 2014 2 comments: Links to this post

August has been a very busy month for illegal alien child rapers in NC.

78 confirmed and probable illegal aliens representing 418 charges of rape against NC children, in one month! All of these individuals have a court date scheduled for, or were arrested for, child rape in August.

This is the tenth month in a row we have been tracking child rape cases in NC. We are approaching 3,000 charges of sex crimes against NC's children in 10 short months.

Contact your NC General Assembly member and demand they enact and enforce state illegal immigration laws, before your child gets raped by these monsters.

London could be the scene of a Mumbai-style terrorist “spectacular” if Islamist jihadists get their way, British security chiefs have warned. There is growing concern that a list of “soft” targets is being drawn up, and that weapons and explosives have already been smuggled into the country.

The Sun is reporting that the SAS has moved part of its anti-terror team to a forward base near London, amid concerns that a prolonged attack may be staged in that city. MI5 also referred to the Mumbai atrocity of 2008 as a comparison, in which coordinated bombings and shootings took place over four consecutive days, killing 174 and wounding a further 300.