Tom Fitton Provides the Explanation for Why DOJ Refuses to Prosecute & Trey Gowdy Outlines Why McCabe Wasn’t Prosecuted, Points to the ‘Three Important Things’ That John Durham Is Looking Into

These people need to be rooted out and cashiered for disobeying their oaths, for starters. And that list of 1,140 Democrat hack lawyers should never again work for the federal government in any legal capacity.

Conservative frustration with DoJ’s inaction on high-profile criminal referral for James Comey and now Andrew McCabe continues to build while the Democrat-media complex is orchestrating a campaign to force the resignation of Attorney General Bill Barr. Some of the whys and wherefores about DoJ’s failure to proceed in the McCabe case were discussed in a Fox News interview with Tom Fitton, President of Judicial Watch, and Bob Driscoll, former Deputy Assistant Attorney General and Chief of Staff, Civil Rights Division, US Dept of Justice, on Friday night.

Jason Chaffetz was filling in for Laura Ingraham and conducted the Q&A as follows:

Gowdy shared with Fox’s Maria Bartiromo that he thought former FBI official Andrew McCabe wasn’t being prosecuted because they were having trouble getting an indictment, despite the fact that McCabe had “lacked candor” about leaking to the media about the Hillary Clinton investigation.

Gowdy explained that that decision had nothing to do with the FISA abuse and the initiation of the Russia probe that is being looked into by U.S. Attorney John Durham. He outlined that McCabe could still be under investigation for other things.

Gowdy outlined what he thought that U.S. Attorney John Durham was looking into in his “investigation into the investigators.”

The skill 4information technology is completely different you need more grey matter#farmers
Mike Bloomberg has a past history of saying a lot of controversial things and some of those videos have been dropping over the past few days.

One of them is a big gut-puncher that may deal a big blow to his campaign, as we reported, one in which he implicitly mocks the work and the intelligence of the farmer. 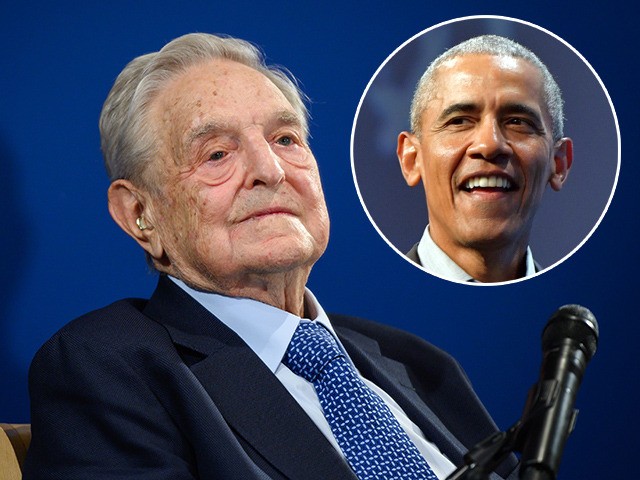 Dershowitz would not identify who, precisely, the target of the investigation was, but said that the name would soon emerge in in a lawsuit that had yet to be filed. 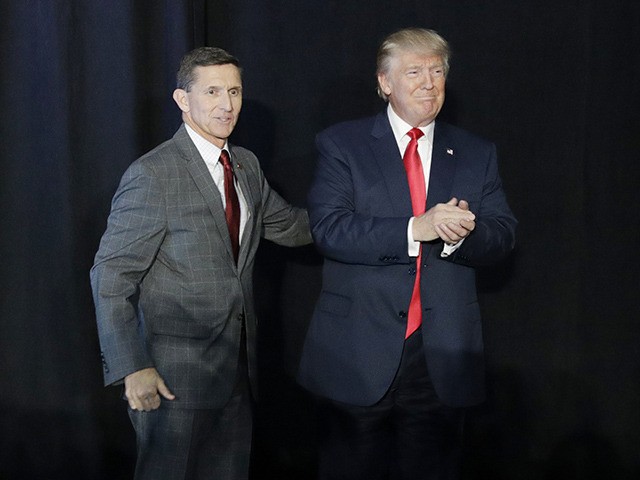 The FBI under James Comey underhandedly sent a senior member of the team investigating alleged collusion between Russia and the Trump campaign to conduct a standard official FBI security briefing for presidential campaigns with then-candidate Donald Trump and his then national security advisor, Michael T. Flynn.

Unbeknownst to both Trump and Flynn, that FBI investigator memorialized that briefing, which included exchanges with Flynn and Trump, in an official document that was added to the Crossfire Hurricane case file probing the Trump campaign over unsubstantiated and ultimately discredited charges of Russian collusion.

The FBI file documenting the August 2016 briefing describes two questions asked by candidate Trump as well as comments from Trump and Flynn and exchanges with the briefer from the FBI who was not identified to either Trump or Flynn during the briefing as working on the Crossfire Hurricane team probing Flynn and other members of the Trump campaign.

James A. Baker, the former FBI general counsel, conceded that the briefer “was there on the off chance that somebody said something that might be useful.”

This means the FBI’s controversial Crossfire Hurricane probe team investigating members of the Trump campaign not only directly interfaced with Trump and Flynn without telling them but also recorded their comments in the official case file.  Flynn at the time was already a target of the FBI probe.

It’s become increasingly clear that the four prosecutors handling the Roger Stone case used their sentencing recommendation as an opportunity to damage AG Barr’s credibility, to strain the relationship between President Trump and AG William Barr, and if they were really lucky, to set the stage for Impeachment 2.0. As the left has gone into overdrive trying to sow mistrust and spread disinformation, there’s one subject that has been studiously avoided. None of the liberal hosts have asked any of their deep state guests the following questions.

Why did the prosecutors recommend the maximum sentence of seven to nine years for Roger Stone? Does anyone honestly believe this is a fair sentence?


For many years I maintained far too many magazine subscriptions, more periodicals than I could possibly read or even skim, so most weeks they went straight into storage, with scarcely more than a glance at the cover. But every now and then, I might casually browse one of them, curious about what I had usually been missing.

Thus, in the summer of 2010, I happened to leaf through an issue of Chronicles, the small-circulation flagship organ of the marginalized paleoconservative movement, and soon began reading a blandly-titled book review. But the piece so astonished me that it immediately justified all the many years of subscription payments I had sent to that magazine.

The reviewer was Andrei Navrozov, a Soviet emigre long resident in Britain, and he opened by quoting a passage from a previous 1990 book review, published almost exactly twenty years before:

A Brief History Of Ammo There is no record of the first projectile used by early man, although the odds are good it was a rock lobbed by a hungry caveman. Those humble beginnings lead to the creation of the shepherd’s sling.

A leather pouch with two leather thongs attached to either side that increased velocity and accuracy—and many more devices of various sizes and effectiveness. Then someone in China invented gunpowder, firearms followed, and the bullet was born. Today’s versions are eloquent products of science, although their roots trace back to those first, round balls cast from molten lead. Here’s a look at the history of ammo and the modern bullet‘s evolution. 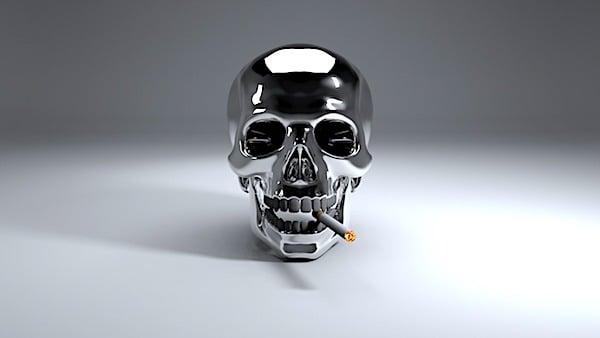 Remember those death panels embedded in the original Obamacare plan? Those government bureaucrats who would decide what health care people could get – and when they would say, "that's enough, no more care"?

Attorney General William Barr has increasingly become a target of the left, culminating over the last two weeks when progressive presidential candidate Elizabeth Warren called for his impeachment and the House Judiciary Committee called him to testify in March, ostensibly to discuss his “interference” in the sentencing of Trump associate Roger Stone.

But there’s surely another reason the left is ramping up their attempt to smear a man who, by all accounts, had been nearly universally respected prior to his involvement in ferreting out corruption in the previous administration’s dealings.

Bongino: 'Left is psychotic': Why do they keep stepping on rakes? & Trump's Daytona 500 Appearance 'Had All the Things Liberals Can't Stand'

More than 1,100 former Justice Department employees have signed an online petition urging Barr to resign and praising the four prosecutors who withdrew from the Stone case after what they perceived as interference from the White House, Politico reported. 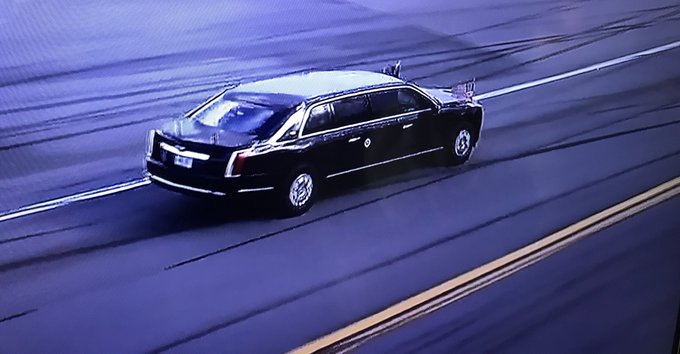 President Donald Trump’s turn as grand marshal of the Daytona 500 had plenty of Americans talking on Sunday – whether they were in Florida for the race or watching it at home.

And in an interview with Fox News’ “Fox & Friends” on Monday, former Secret Service Agent and outspoken commentator Dan Bongino could barely restrain himself from laughing at the liberal reaction.

“You want to talk about liberal heads exploding, just look at this amalgamation of things in this pot,” Bongino said. 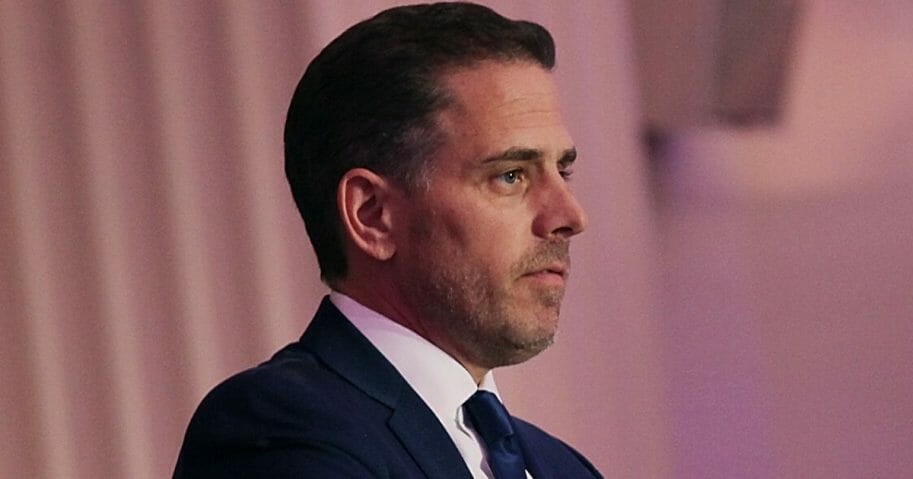 The head of the conservative government watchdog organization Judicial Watch said officials are now closing in on the truth in their investigation of the son of Democratic presidential candidate and former Vice President Joe Biden.

Within the past year, questions have emerged over Hunter Biden’s activities as a well-paid member of the board of Burisma Holdings, a Ukrainian energy company, while his father was the point man for the Obama administration’s Ukraine policy.

Further questions emerged over the role of Joe Biden in short-circuiting an investigation into the company, something about which he later bragged. 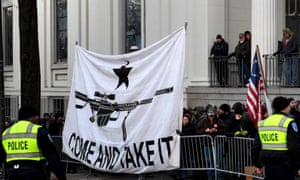 Virginia Gov. Ralph Northam’s push to ban the sale of assault weapons failed on Monday after some of his fellow Democrats balked at the proposal.

Senators voted to shelve the bill for the year and ask the state crime commission to study the issue, an outcome that drew cheers from a committee room packed with gun advocates.

Four moderate Democrats joined Republicans in Monday’s committee vote, rejecting legislation that would have prohibited the sale of certain semiautomatic firearms, including popular AR-15 style rifles, and banned the possession of magazines that hold more than 12 rounds.