Via comment by Reborn  on Training Tomorrow’s Social Justice Warriors

Nicolas de Jesus Cruz, a 19 year old Cuban, has been identified as the Parkland, Florida, school shooter. Even before the seventeen dead bodies of his victims have cooled, anti-White hoplophobes are trying to use the leftist created tragedy as a political football. Literally, even though Cruz is a registered active Democratic voter in Broward County, liberals are cynically attempting to disarm Whites using these murders as their gun control propaganda.

The Communist killer was a known security threat, and was not even allowed to carry a backpack to school last year as a Senior.

The Washington Examiner’s Byron York reports that Comey briefed lawmakers amid allegations Flynn had lied to Vice President Pence about conversations with then-Russian Ambassador Sergey Kislyak and speculation he also may have misled FBI agents who questioned him in January 2017.

Flynn lost his job over that controversy -- and as recently as December, even President Trump claimed Flynn had "lied" to agents.

But Comey reportedly told lawmakers at the time that agents who interviewed Flynn did not believe he lied to them in that Jan. 24 meeting, and that any inaccuracies in his account were unintentional.

Democrats’ “Blue Wave” Has Turned Into a Drought

This marks the first time since April 2017 that Republicans are ahead of Democrats on a generic congressional ballot.

The poll also found that Donald Trump’s approval rating has improved and held steady at 47 per cent. 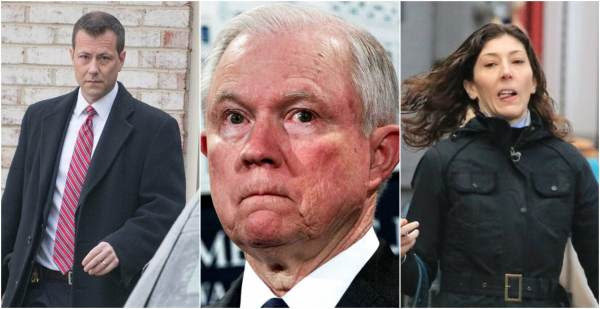 He may well be fired after this and his traitorous remarks related to the Late Unpleasantness.  Good riddance to bad rubbish.


“It’s Senator Sessions talking, not a person whose job it is to execute law, and quite frankly I’m very incensed,” he told POLITICO.

What Sessions’ letter “doesn’t recognize here,” Grassley added, “and why I’m incensed about it is, look at how hard it was for me to get him through committee in the United States Senate. And look at, when the president was going to fire him, I went to his defense.”

The Iowa Republican said “all kinds of” potentially polarizing Justice Department nominees who have proven “very difficult to get through the United States Senate” have also landed in his lap as chief of the influential Judiciary Committee.

“If he wanted to do this,” Grassley said of Sessions, “he should have done what people suggested to him before: resign from attorney general and run for the Senate in Alabama again. We’d have a Republican senator.” 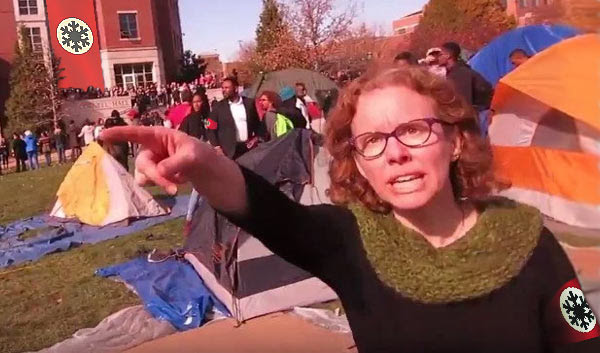 American public schools are forcing leftist propaganda on our children.
What should we teach our children? What is the purpose of education?

If “education is the transmission of civilization,” as historian Will Durant said, then what we teach the next generation defines society’s future. If we fail to transmit the civilization we inherited, it won’t survive.

Today’s educators are making a hard break with the past. They view their job not as the transmission of civilization but as a weapon of revolution. They seek to bend the minds of tomorrow’s citizens into the shape of the Brave New World they want to create.

You’ve heard the stories of university curricula replacing classic academic courses with fluffy, pseudoscientific “studies” in gender, race, sexuality, multiculturalism and so on. Even so, you may be shocked to learn how aggressively this anti-academic approach is infiltrating secondary and primary schools.

The public school system in Edina, Minnesota, is in the vanguard of this movement.

There are about 23,800 self-described Marxist social science professors in the United States

Jason Brennan, a philosopher at Georgetown, authored a long post the other day that presented multiple challenges to anti-speech activism on campus. The entire piece is worth reading, but I wanted to call attention to one point in particular:


“Some people say we can’t ‘platform’ ideas that could be used for evil. I look forward to seeing those same people demand we shut down all Marxist talks and fire all the Marxist scholars, since Marxist ideas led to 100 million or more democides in the 20th century.”

On Sessions: Dementia? Alzheimer's? Schizophrenia? I fear the worst.

Via Greg via Jeffery 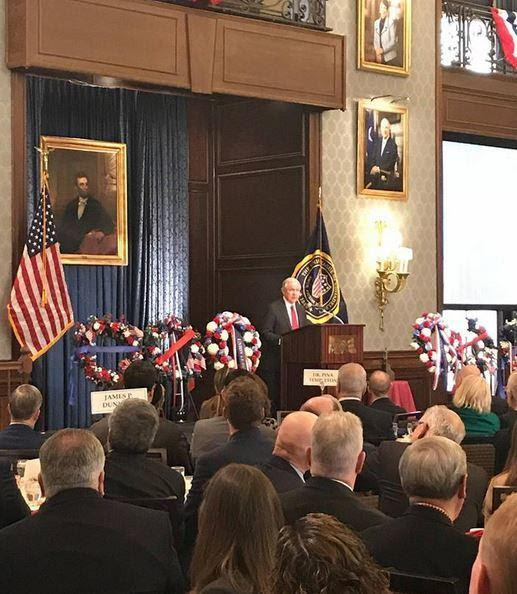 It appears AG Jeff Sessions has become the latest victim of DCS (Dixie Chicks Syndrome). DCS is a terrible disease far worse than Dementia, Alzheimer's, or Schizophrenia and it affects millions here in the United States. DCS occurs when the area of the brain which controls a person's factual, logical, and rational thinking processes is overcome by "feel good" emotions. "Feel Good" intentions is by far the most common cause of DCS and one of the most dangerous.

However, other factors such as greed (political posturing and contributions) or fear can take hold (blackmail has been known to be a huge contributor/ i.e. "we found that picture of you screwing a goat on top of the Dairy Queen and you say what we tell you or we are going to the press with the pictures" or "what would your wife think if we showed her the photos of you coming out of a motel room with that ________________?") of a person and cause extreme incoherent babbling.  Dixie Chicks Syndrome seems to progress in stages. The most serious and worst form of DCS is the Quisling Syndrome. Some of the symptoms are; abandoning core values, turning against the truth as well as against kith and kin. Complete isolation of the victim and rope seems to be the only known treatment.

Jefferson Beauregard Sessions III appears to be the latest victim and symptoms indicate he may be in the Quisling stages of the disease. He was overtaken suddenly and the affliction has apparently caused him to not only confuse reality with a Marxist fantasy version of history but to say things that he himself knows to be complete falsehoods. I would like to wish Jeff a speedy recovery, but I feel he may be "too far gone". Watch the video and read the article to see the terrible effects of this disease.

The 'Crumbs Act' to make bonuses tax-free, in swipe at Pelosi A Republican lawmaker is set to unveil legislation that would make most bonuses given out as a result of President Trump's tax reform plan tax-free -- and took a jab at House Minority Leader Nancy Pelosi with the bill's name.

Rep. Todd Rokita, R-Ind., has dubbed his bill the "Creating Relief and Useful Middle-Class Benefits and Savings" -- or "CRUMBS" Act. Pelosi, D-Calif., famously referred to the bonuses as "crumbs" in criticizing the tax plan last month. 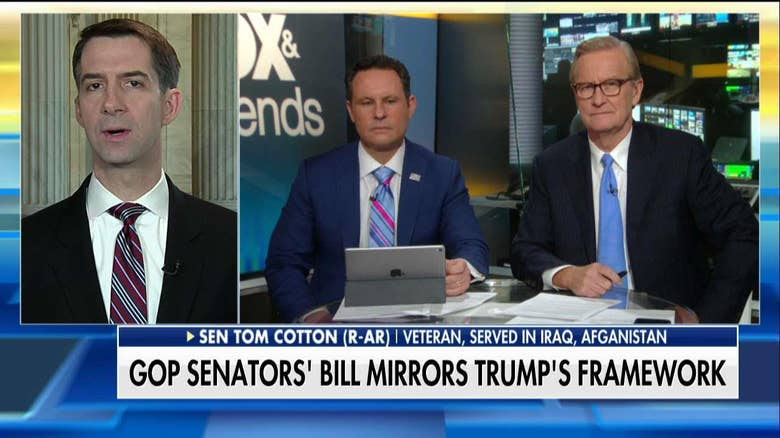 Senator Tom Cotton, an Arkansas Republican who co-sponsored the latest immigration reform bill, said his bill is the "best and final offer" on the subject and the only legislation that President Donald Trump will sign into law.

"The president's framework bill is not an opening bid for negotiations," Cotton said of the Secure and Succeed Act of 2018. "It's a best and final offer."

Secretary of Defense James Mattis stated on or about February 2nd, 2018 that the United States has “no evidence” that the Syrian government used the banned nerve agent Sarin against its own people in attacks in 2013 and 2017.

The most recent accusation provoked a massive Tomahawk strike ordered by President Trump that was quite provocative in the eyes of the Russian Federation and of course the Syrian government.

Virginia's Robert E.Lee Will Remain In Statuary Hall in the US Capitol 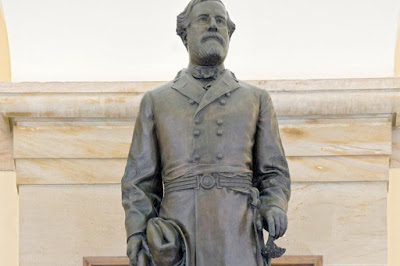 To God be the glory, great things He hath done!

Robert E. Lee will remain in statuary hall in the U.S. Capitol!

HB1099, which called for the removal of the statue from Virginia's representation, died in the House Rules Committee today. It was the last of the monument and memorial destruction bills in the Virginia General Assembly to die in committee.

The citizens of Virginia overwhelmingly favor protecting all monuments and memorials and lawmakers are getting the message loud and clear.

Thank you all for your many phone calls and emails to Virginia lawmakers. Please take a moment to contact your state representatives one more time and urge them to continue to fight to protect our monuments and memorials.

Stay tuned for ways you can help with offensive strategies to prepare for NEXT YEAR and more information on current battles. We have not yet begun to fight.

All glory to God.  All honor to our Confederate ancestors.