Not Quite a Poem 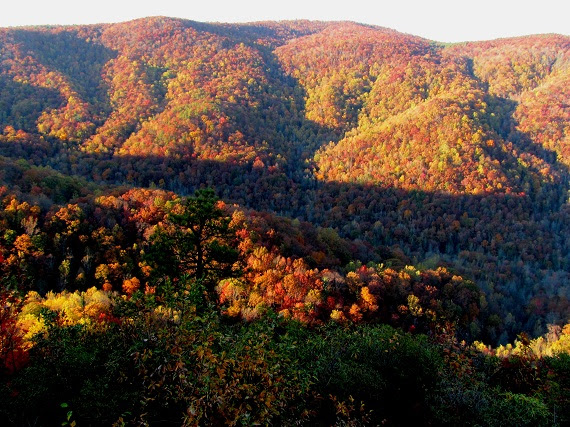 It is not quite a poem though it would be had it a master worthy of its impulse. It is but at the hand of an apprentice a bit of prose yet with a lilt which would transcend its mundane form and become a goodly song, born of a memory of Grandma Peters’ declaration that the fall was “the thin time” when a body like Enoch might just walk from this world into the next.


More @ The Abbeville Institute
Posted by Brock Townsend at Tuesday, September 20, 2016 No comments: 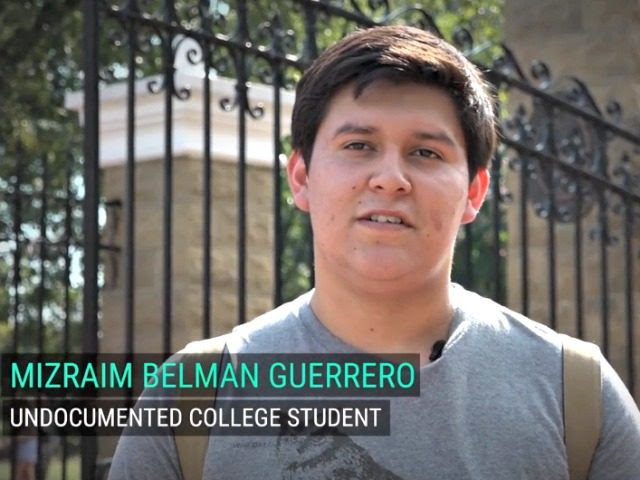 An illegal immigrant alien from Mexico is attending Georgetown University in Washington, D.C. for only $11.50 this semester, as he’s receiving financial aid to cover the more than $30,000 tuition.

Mizraim Belman Guerrero, who immigrated from Mexico to Austin, Texas with his family at age four, is attending Georgetown University as an undocumented immigrant illegal alien as reported by Circa.com.

“He qualifies for financial aid like any other student at Georgetown, and this semester he’s paying just $11.50 of the close to $33,000 tuition bill,” reports Circa’s Fernando Hurtado. “Financial aid isn’t the only resource Georgetown offers undocumented illegal alien students. Earlier this year, it launched an undocumented illegal alien students resource page for prospective students looking to get into the university.”


If there was a time Hillary needed to make a public appearance in the key battleground state of North Carolina to drum up voter support, it was today, if for no other reason than a just released Elon University poll finding Trump now has a modest 44% advantage among likely voters in the Tar Heel State, with 43% going to Clinton.

Clinton Drops 18 - 19 Points with Millennial Voters in One Month 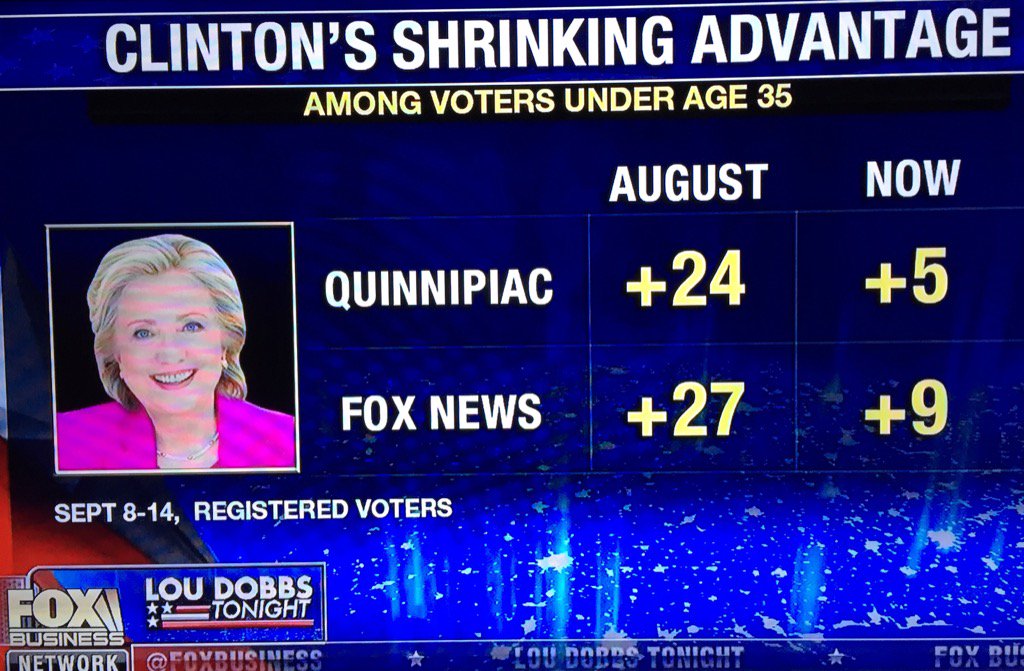 Check out the comments.

Changing who controls the Internet Corporation for Assigned Names and Numbers (ICANN) so close to our presidential election will jeopardize the results of how you vote on Nov. 8 unless Congress stops this changeover. When the calendar hits Sept. 30, a mere 6 weeks before our election, the United States cannot be assured that if any web site is hacked, the responsible party will be held accountable. We cannot be sure if a web site is a valid. We cannot be sure if one country is being favored over another. These are all the things ICANN is responsible for and has worked perfectly since the Internet was created. Why change it now and so close to the election? Why does that matter to you as a voter?

“What is wrong with your editorial Board,” one commenter wrote. “To endorse a proven Liar, a person who schemes and manipulates the truth, a person who broke the law and violated national security, and a person who flaunts doing the wrong thing and then blaming others. You have no credibility.”

The Dallas Morning News is paying a steep price for endorsing Democratic presidential nominee Hillary Clinton, in the form of canceled subscriptions and loud protests.

The endorsement broke a 75-year streak in the paper’s history of endorsing Republicans, and generated a lot of reader pushback in the form of angry comments and vows to unsubscribe from the paper. Although Dallas is relatively liberal, the state hasn’t gone Democrat in a presidential election in 40 years.

Certainly we’ve paid a price for our presidential recommendation,” Dallas Morning News editor Mike Wilson said in an email to Poynter. Wilson acknowledged some of that price came in dropped subscriptions, although he declined to reveal to Poynter exactly how many.

In the wake of a radical Islamic terrorist attack on New York City, Mayor Bill de Blasio is telling citizens not to worry about the threat of jihadist violence and pushing for even more questionably vetted migrants to be resettled in the United States.

De Blasio and the mayors of London and Paris co-wrote an op-ed in which they said terrorism committed by refugees is “vanishingly rare.”

“Militant violence is vanishingly rare,” the trio wrote in The New York Times on the heels of three separate attacks in the United States.

The comments are not likely to go over well in a city on edge after the explosion. 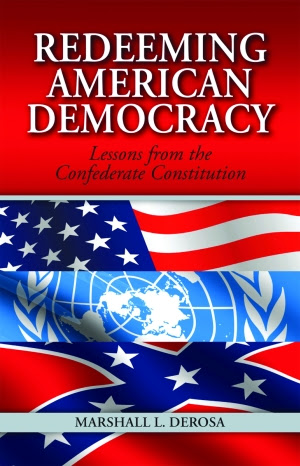 "Professor DeRosa goes boldly into territory where no one has ventured before and few have even known existed. Like an intrepid explorer of lands forgotten by time, he comes back with fresh knowledge--knowledge that Americans can use to save liberty and rules the law under Constitutional government."
--Clyde Wilson, distinguished Professor Emeritus of History, University of South Carolina

From the Inside Flap

The quintessential question regarding government's role in America has always been: will decisions be made in the communities where people live or in Washington, D.C.?

These warring ideas of centralization and decentralization form the core of modern political debates about the national economy, U.S. foreign policy, and citizens' cultural values--just as they did with our Founding Fathers.

Here, distinguished scholar Marshall L. DeRosa, an expert on the Confederate Constitution, describes why and how the truly democratic principles of the Confederate States of America are relevant and applicable today.

DeRosa's examination of the rise and fall of the Confederacy; his suggestion for current-day secession, now championed by libertarians as a solution for states to regain their individual power; and his emphatic call for Americans to become self-governing in order to restore our original democracy offer a radical yet realistic opportunity for citizens to participate in our nation's much-needed redemption.

This is his first book with Pelican.


@ Amazon
Posted by Brock Townsend at Tuesday, September 20, 2016 No comments:

Here’s an interesting tidbit regarding Southern Poverty Law Center Co-Founder and sole owner, Morris Dees. According to Dees’ own words, the man has openly confessed, twice no less, to having committed a violent felony under Alabama law in 1983 and is still at large.

The link to this confession came to us through none other than Dees’ long-time Public Relations Guru, Mark Potok. In 2008, Potok was giving a group of Vermont high school teachers and students a personal tour of SPLC headquarters in Montgomery. During the hour-long interview, the audio file for which can be found here on the Internet Archive, Mark Potok relates the details of an event where a Klansman named Jeff Berry gives an interview to a television news crew, then, thinking better of it, demands the tape of the interview from the crew at shotgun-point. Potok says the police did nothing in response to the reporter’s complaint and so the SPLC stepped in.


“About a year later… well, we sued very quickly… well, it was shortly after that, and we easily won a judgment against Berry. You know, this was absolutely false imprisonment, right? I mean, it was a felony crime.”

This passage got us to thinking about another anecdote we remembered about someone else holding someone at shotgun point. On page 101 of his 1991 autobiography, A Season For Justice, Morris Dees brags about holding a shotgun to the head of his good pal, and best paying Klan client, Claude Henley.


More @ Watching The Watchdogs
Posted by Brock Townsend at Tuesday, September 20, 2016 No comments: 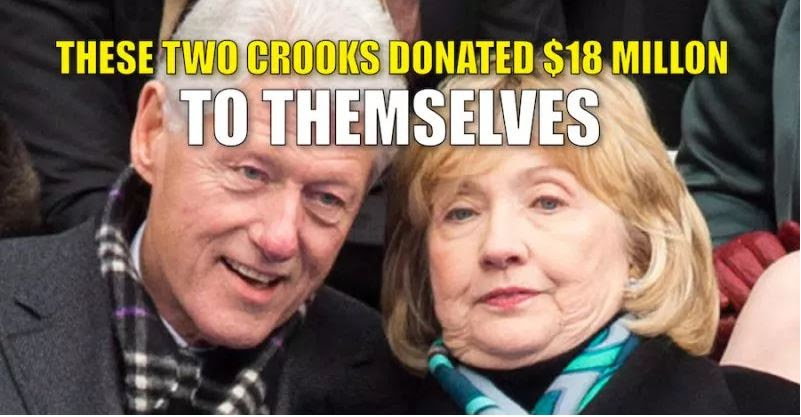 Former President Bill Clinton and his Clinton Health Access Initiative (CHAI) distributed “watered-down” HIV/AIDs drugs to patients in sub-Saharan Africa, and “likely increased” the risks of morbidity and mortality, according to a draft congressional report obtained by The Daily Caller News Foundation.

The congressional report, titled,“The Clinton Foundation and The India Success Story,” was initiated by Rep. Marsha Blackburn, a Tennessee Republican and vice-chair of the House Energy and Commerce Committee.

The CHAI program to help AIDS victims is considered one of the Clinton Foundation’s most important contributions and is probably its best known initiative.

Someone has the upper-hand and it’s clearly not Bill!

But there was an interesting twist to the dynamics between these two “old friends.”

Maher pointed out from the jump that Conway could be “the most important person in the world right now,” because she has figured out how to tame Trump.

From the way this interview went, Trump’s not the only man she is able to tame!

All the way up to the end, Conway owned the moment by inviting Maher to a very special event as her guest on the birthday they share, January 20.

The inauguration of Donald J. Trump as president.

Trump & the Press — A Death Struggle

Alerting the press that he would deal with the birther issue at the opening of his new hotel, the Donald, after treating them to an hour of tributes to himself from Medal of Honor recipients, delivered.

“Hillary Clinton and her campaign of 2008 started the birther controversy. I finished it. … President Barack Obama was born in the United States. Period.” 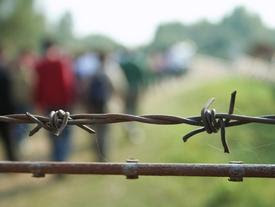 This alone should elect Trump.

Voters strongly oppose President Obama’s plan to bring 110,000 Middle Eastern and African refugees to this country next year, up from 85,000 this year, and view that decision as an increased danger to U.S. national security.

The latest Rasmussen Reports national telephone and online survey finds that nearly half (48%) of Likely U.S. Voters believe the United Should should take in no additional refugees from those areas.

Just 12% agree with Obama’s 110,000 figure, but another six percent (6%) think even more refugees than that should be brought here.

Woolsey was referring to the terror attacks in Seaside Park, New Jersey and New York City’s Chelsea neighborhood, to which 28-year-old Ahmad Khan is linked. The blast in Chelsea injured 29 people.


More @ The Daily Caller
Posted by Brock Townsend at Tuesday, September 20, 2016 No comments:

Fiddlesticks,:) I bet there are 100 million more.

There are an estimated 265 million privately owned guns in America — and apparently, half of those guns are owned by just 3 percent of America's adult citizens.

The Guardian and The Trace obtained the unpublished results of a survey on gun ownership from Harvard and Northeastern universities.

The Census Bureau estimates there are about 247 million adults in the U.S -- which means according to the survey's results, 7.7 million Americans own an average of about 17 guns each.

Social Justice Warriors said it was racist and sexist.

Donald Trump Jr. Verified account ‏@DonaldJTrumpJr
Liberals love the first amendment until you say something they don't agree with.
Posted by Brock Townsend at Tuesday, September 20, 2016 No comments: