A City Upon a Hill Funny that in all his talk condemning such “moralizing,” neo-liberal Barro went on to further pontificate about the Dems suffering “from a cultural disconnect from non-college-educated voters who have abandoned the party in droves.” But not to worry, the left’s “substantial inroads with upscale suburban voters have been more than offset by the loss of voters down the income spectrum, most of whom did not finish college.”

Translation: If I pepper my blue-blood insults with enough of an overall empathic tone, I can probably admit that “following all the [politically correct] rules has become exhausting,” while also simultaneously telling the poor and stupid masses how poor and stupid they are. Bless his heart, this New England son really tried, but unfortunately, moralizing is all this atheist, Russell-Moore-loving, Harvard “educated,” media elite really has to offer.


More @ The Abbeville Institute
Posted by Brock Townsend at Saturday, February 24, 2018 No comments: Links to this post


Russian arms maker Molot has released a bunch of info on their VPO-220 bolt action rifle that isn’t– the Lancaster-bore 9.6x53mm– designed to skin a gun control cat.

The Vintovka Mosina VPO-220 (ВПО-220) looks like a classic Mosin M91 rifle, a longarm familiar to Russia for more than 120 years and typically chambered in 7.62x54R. However, to comply with regulations in Russia since the time of the Bolsheviks, the gun is not “legally” a rifle, but uses a Lancaster Oval-Bore system instead to impart spin. The oval squeeze to the barrel is elliptical, turning to give the desired twist without traditional lands and grooves (stop us if you have heard this before– we are talking to you, Franklin Arms).


More @ Guns
Posted by Brock Townsend at Saturday, February 24, 2018 No comments: Links to this post

Selco on Martial Law: Forget your “movie illusions about being a freedom fighter”

Let’s talk about martial law. This is when the normal law of the land is suspended and the authority comes from the military or federal government.

One recent example of undeclared martial law in the US was when the police were looking for the suspects in the Boston Marathon bombing and went door to door, forcing innocent people to come outside with their hands on their heads at gunpoint, while their homes were searched without warrants.

It turns out that many of us have some serious misconceptions of what it’s really like to live through a martial law situation. I asked Selco, who has personally been through it, to clear up the myths and tell us what it’s actually like. You can always count on him for the unvarnished truth, and that’s what we need to be prepared to survive extreme situations.


More @ The Organic Prepper
Posted by Brock Townsend at Saturday, February 24, 2018 6 comments: Links to this post

The FBI Lied And 17 People Died

Want to direct anger at guns and the NRA?

Start by dismantling the lying FBI.

On September 15, 2017, FBI received and investigated a tip about a threatening comment posted to a YouTube video.

The FBI said they couldn't figure out who posted the comment.

That was a lie.


More @ Market Ticker
Posted by Brock Townsend at Saturday, February 24, 2018 No comments: Links to this post Whenever the gun control debate heats up and Second Amendment supporters maintain they won’t support any sort of gun ban, some on the left condescendingly insist “Nobody is talking about taking your guns.”

But that reassurance rings hollow when other voices on the left let slip that, yes indeed, they do want to ban guns, nearly all of them to be specific, as was revealed by the wild cheering of the crowd at CNN’s anti-gun rally of hate when Sen. Marco Rubio cautioned that an “assault weapons” ban would include virtually all semi-automatic firearms.

According to Truth Revolt, the end goal of a repealed Second Amendment and ban on virtually all guns in common use was also recently revealed by New York Times “conservative” columnist Bret Stephens, as well as CNN analyst Kirsten Powers.

The subdued and weathered Confederate Flag done up right with Cerakote Firearm Coatings...

"Hey Brock Check this out. This is on their Facebook page. This outfit is near the club I belong to. Neat stuff!" Your Northern Copperfriend Friend. Greg

HERE
Posted by Brock Townsend at Saturday, February 24, 2018 2 comments: Links to this post 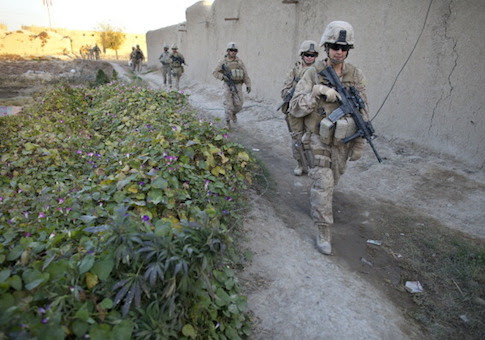 Running just below the surface of America is a disaster. Everyone feels it, you can see it in their eyes.

The news is rigged, so nothing disastrous will ever hit the cable to your television unless it advances the collectivist cause. But, that doesn't stop the socialist disasters from happening. The Parkland shooting is a prime example. When the narrative can be aimed at guns and the NRA, it explodes on the television screens, when it turns out that four socialist deputies stood outside, hiding in the bushes while a person known to local law enforcement and the FBI as a serious threat to schools goes on a rampage killing 17 students, it cannot be found.


More @ Christian Mercenary
Posted by Brock Townsend at Saturday, February 24, 2018 No comments: Links to this post

Students who join in scheduled gun control protests and walk-outs during school hours will be suspended for three days, according to a letter from the superintendent of Needville Independent School District in Texas.

In the week since 17 people were killed during a school shooting in Parkland, Florida, gun control advocates have organized several national marches and other forms of protest calling for action by lawmakers.

More @ The Blaze
Posted by Brock Townsend at Saturday, February 24, 2018 No comments: Links to this post 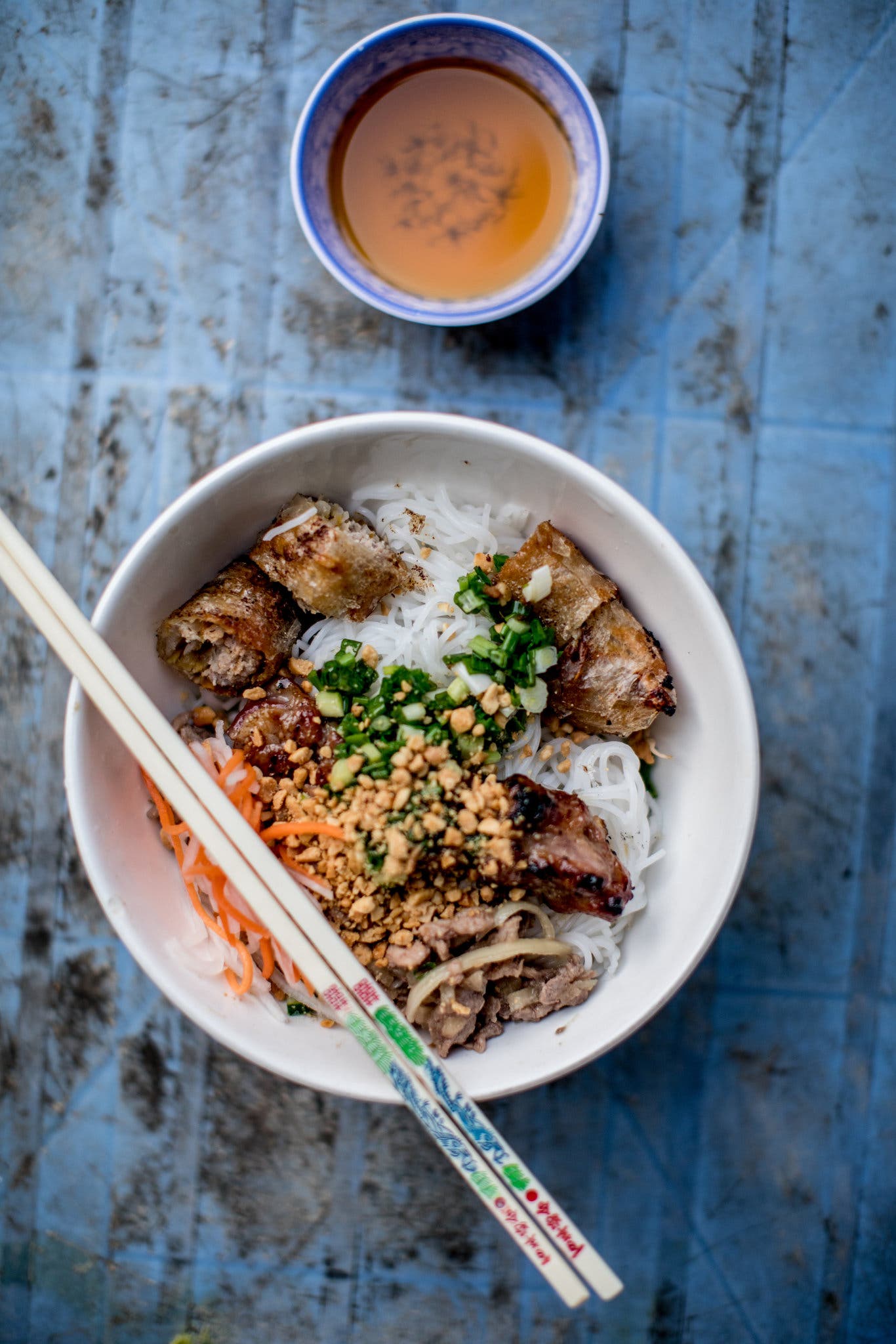 Tomorrow we’d be at a pristine beach resort, with a swimming pool and a villa twice the size of our Brooklyn apartment — easy fun for $500 a day. (Insane. While in Saigon try the Minh Chau $400 a month for everything. 4 1/2 stars.)

Almost as soon as we landed in Ho Chi Minh City, Vietnam, I set out to make my family miserable.

This was not difficult. It was late August, nearing 90 degrees and humid. All I had to do was propose we walk through the streets of the former Saigon to a restaurant for lunch.
At first, my wife, Jean, and our daughters Sasha, 7½, and Sandy, almost 4, were game. The road outside our Airbnb — an air-conditioned two-bedroom, with tile floors and brick walls, carved into a crusty ocher Art Deco building in central District 1 — was oddly calm. Shade trees spindled past skeins of electrical wire, while the low plastic chairs of an open-air cafe sat neatly in the shade of a long, blank wall. When we came to a busy avenue, we all held hands and stepped bravely into traffic, trusting that motorbikes would swerve around us with unthinking grace. (And they did!)

Posted by Brock Townsend at Saturday, February 24, 2018 8 comments: Links to this post

Gorka, who exited the West Wing last summer, suggested the contentious four-page memo released by House Intelligence Committee Chairman Devin Nunes, R-Calif., earlier this month just barely scratched the surface of a scandal that will soon be known as "Obama-gate."


More @ Washington Examiner
Posted by Brock Townsend at Saturday, February 24, 2018 No comments: Links to this post

‘Get ISIS and go home’: Trump bucks Pentagon & State Dept. on ultimate US goal in Syria

President Donald Trump appeared to dash the hopes of interventionists and contradict his own administration officials, by declaring that US troops’ mission in Syria is limited to defeating ISIS and doesn’t include regime change.

“We're there for one reason: to get ISIS and get rid of ISIS, and to go home,” Trump said on Friday, during a joint press conference with Australian Prime Minister Malcolm Turnbull at the White House. “We’re not there for any other reason and we’ve largely accomplished our goal.”

While Trump did not hesitate to call the Syrian government “a humanitarian disgrace,” criticizing Russia and Iran for their involvement, his comments implied the US military also had no business in Syria beyond the 'ultimate' goal of defeating Islamic State (IS, formerly ISIS/ISIL).

Comment on MSNBC: Handguns Are Too Slow To Stop A School Shooter

Via comment by Anonymous on MSNBC: Handguns Are Too Slow To Stop A School Shoo... 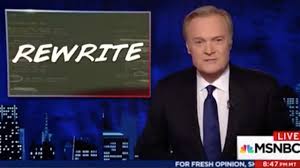 Those folks are right.... It is going to take that pistol rounds and extra .025 seconds to get there.

Watta bunch of moroons.
Posted by Brock Townsend at Saturday, February 24, 2018 2 comments: Links to this post

Teen Vogue Contributor Goes Off the Rails in Disturbing Attack on Billy Graham: “Have Fun in Hell”


Liberals are more tolerant, inclusive, and caring than the rest of the world — just ask them. That “tolerance” was on full display Wednesday, when an outspoken feminist and “Teen Vogue” columnist used the death of renowned Christian pastor Billy Graham to spread hatred.

Lauren Duca, a columnist with a verified Twitter account and nearly half a million followers on that social media platform, posted the vile message just hours after news stations reported Graham had passed away at age 99.

“The big news today is that Billy Graham was still alive this whole time,” Duca declared. “Anyway, have fun in hell, b**ch.”