When we view the America of today, we see a people and a culture that has evolved into a socially cannibalistic mob. I can say the "left" or "communist" or "collectivist," but they are not the only ones guilty of this cannibalism. There is no singular blame, because we, those who have allowed them to prosper using these tactics, are just as much to blame for their behavior. Parents of a spoiled and intemperate brat are not innocent; they are not allowed to stand back in horror with the rest of the crowd witnessing the abhorrent behavior of their child free from responsibility. 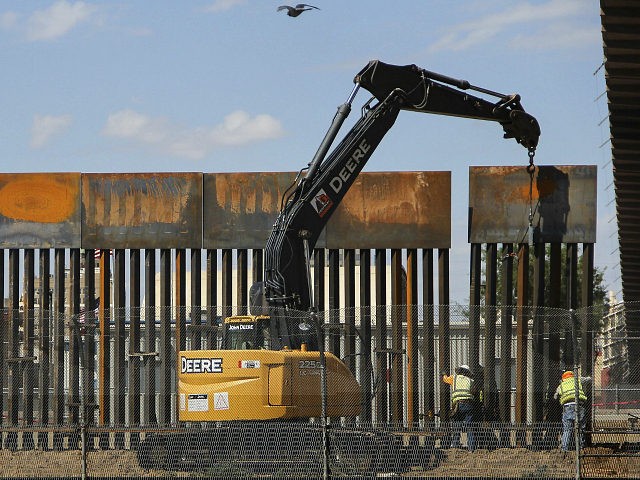 The White House is preparing a much-anticipated plan to have President Donald Trump declare a national emergency at the southern border, CNN reported Thursday evening.

The report stated that under the draft plan, more than $7 billion could be allocated to build a barrier at the U.S. southern border. CNN cited what it claimed was a portion of the draft presidential proclamation, “The massive amount of aliens who unlawfully enter the United States each day is a direct threat to the safety and security of our nation and constitutes a national emergency.”

The report cited more of what it said was wording included in a version of the draft that a U.S. official told the outlet was updated at least last week, “Now, therefore, I, Donald J. Trump, by the authority vested in me by the Constitution and the laws of the United States of America, including the National Emergencies Act (50 U.S.C 1601, et seq.), hereby declare that a national emergency exists at the southern border of the United States.” While demonstrators chanted and played ceremonial drums, protesters at a rally led by Nathan Phillips attempted Jan. 19 to enter Washington, DC’s Basilica of the National Shrine of the Immaculate Conception during a Saturday evening Mass.

The group of demonstrators was stopped by shrine security as it tried to enter the church during a Saturday evening Vigil Mass, according to a shrine security guard on duty during the Mass.

“It was really upsetting,” the guard told CNA.

“There were about 20 people trying to get in, we had to lock the doors and everything.”

The guard said the incident was a disappointment during a busy and joyful weekend for the shrine.

“Power tends to corrupt; absolute power corrupts absolutely.” Among Catholic students of political thought, few figures are more liable to provoke vigorous debate than does that famous dictum’s author, Cambridge history lecturer John Emerich Edward Dalberg-Acton, a.k.a., the First Lord Acton, Catholic godfather of classical liberalism. Where Acton’s critics identify classical liberalism as a theory incompatible with the Catholic faith, and point to the man’s anxieties about papal infallibility and the First Vatican Council, his supporters note that Acton explicitly sought to root his political vision in theological concepts, and was himself willing to criticize even liberals when he thought them to be getting out of hand.

“[P]olitical Rights proceed directly from religious duties,” he affirmed, “and hold this to be the true basis of Liberalism.” Some might even argue that his affinity for “the securities of medieval freedom” put him a little closer than we might have at first thought to Dante and other iconic thinkers of the Middle Ages.

As The Daily Wire reported, New York is set to legalize abortion through every stage of pregnancy. Once the bill is signed into law, it will be legal to kill a fully developed, pain-capable infant up to the very moment of birth.

Researchers say that a site in Papua New Guinea may contain the long-lost remains of Amelia Earhart’s plane.

Wreckage off the coast of Buka Island, Papua New Guinea, may offer a vital clue to the decades-long mystery, according to investigators from Project Blue Angel. The project’s members have been studying the site for 13 years and say that wreckage off Buka Island could be from Earhart’s Lockheed Electra 10E.

Earhart famously disappeared while attempting to fly her plane plane around the world. The aviator and her navigator Fred Noonan went missing on July 2, 1937, during a flight from Papua New Guinea to Howland Island in the Pacific. Their fate is one of the great mysteries of the 20th century and is still hotly debated.

Can't tell if his arm is gone or horribly mangled.

Looks like the Newport Bridge. The End Of A Republic 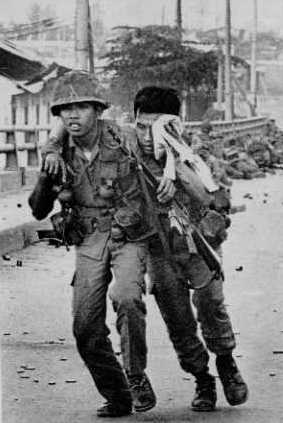 Posted by Brock Townsend at Thursday, January 24, 2019 No comments:

Tuscaroras And (My Family)
Rare Federal house with engaged two tier front porch enclosed on one end and front bay containing exterior stair, a Charleston-style rarely seen in most of Eastern North Carolina! (Price and terms negotiable)
Originally a Hall and Parlor plan, a wing was added to the north side and in the 1950’s a former detached kitchen was brought up to the house but not attached. Instead a small wooden stoop connects the two structures which are barely a few feet apart. The house retains original woodwork including chair rail downstairs, original Federal Mantels including a detailed 3 part mantel in the parlor and a two part mantel in the upstairs bedroom, and a faux grained door between the living and dining room. Hardware matches the era of the house. Beautiful heart pine floors throughout the house. Side wing could be used as den or bedroom and is plumbed for a bath. Back porch on this wing features a wall of windows for natural light. Upstairs, two bedrooms are connected by a shared bath.
Architectural and Historical Information
More @ PNC
Posted by Brock Townsend at Thursday, January 24, 2019 No comments:

The dominant powers in American discourse today have succeeded in confining the South to a dark little corner of history labeled “Slavery and Treason.” This is already governing the public sphere of the Civil War Sesquicentennial. Such an approach not only libels the South, it is a fatal distortion of American history in general, and, I dare say, even of African-American history. The old Radical Republican propaganda that portrays John C. Calhoun as a scheming fanatic who brought on civil war by his determination to spread slavery has re-emerged.

A little over a half century ago, the historiographical picture was quite different.  Margaret Coit’s admiring biography won a Pulitzer Prize.[1] A leading expert on the subject wrote that Calhoun understood the mysteries of banking and money better than anyone else at the time.[2] Numerous scholars, mostly of a liberal and progressive disposition, praised Calhoun’s concurrent majority as a brilliant and useful concept.[3] A United States Senate Committee chaired by John F. Kennedy named Calhoun one of the five greatest Senators of all time.


More @ The Abbeville Institute
Posted by Brock Townsend at Thursday, January 24, 2019 No comments: