................ Three Notch’d Brewery in Charlottesville until recently carried an American Pale Ale named “Ghost of the 43rd” also in honor of Mosby, but recently re-christened it “Ghost of the James.”) Repudiating the “Grey Ghost,” however, is a bit of a different animal, given that after the war Mosby served as U.S. Consul to Hong Kong as well as in posts in the U.S. Departments of Interior and Justice.

..............these same Northern Virginia elites through their pro-choice policies effect the murdering of the unborn, an evil even greater than the enslaving of our fellow man.

Wokeism is a bit like kudzu. It’s not indigenous to the South, but once it starts growing… brother you better believe it will be hard to contain. And soon enough, you’ll wonder what life was like before it infested everything.

Kudzu is pervasive south of the James River, which runs through Richmond. Wokeism, alternatively, is less common in the southern parts of the Old Dominion, but is making significant in-roads in my native Northern Virginia — and, by extension, the state government, which is increasingly dominated by NoVa politicians. And unfortunately once the NoVa technocratic elites and their demographic dominance have decided on something, it becomes a lot harder to resist.

The South Carolina State House agreed on Wednesday to restore the firing squad to the state’s execution procedures.

The law, which was passed by a vote of 66-43, would require death-row prisoners to choose either a firing squad or electrocution if lethal injection medications are not accessible at the time of their scheduled execution.

The Senate passed a similar bill by a vote of 32-11 in March, which ensures the bill will most likely be sent to Republican Governor Henry McMaster, who has already stated his promise to sign it into law.

“We are one step closer to providing victims’ families and loved ones with the justice and closure they are owed by law. I will sign this legislation as soon as it gets to my desk,” McMaster tweeted after the vote.

Gun owners permitted to carry concealed weapons in the state of South Carolina are soon likely to join residents in 45 other states who can carry their hand guns openly in public — a proposal that has frustrated gun-control advocates, doctors and top law enforcement leaders but was a resounding win for many Republican lawmakers.

With three days left on the legislative calendar, the Senate voted 28-16 mostly down party lines after a more than 12-hour debate to pass H. 3094, a House-sponsored bill that would allow only concealed weapons permit holders the right to carry their hand gun in the open. Wendy Rogers: “'Justice’ Department – you need to stay in your lane. Do not touch Arizona ballots or machines unless you want to spend time in an Arizona prison."

Democrats are in an absolute panic over the audit taking place in Arizona.

Biden has empowered his DOJ to the point that they think they can do as they please.

At this point in time, it’s clear that they intend to try and prevent the AZ election audit completely.
One State Senator is standing up against that corruption though. 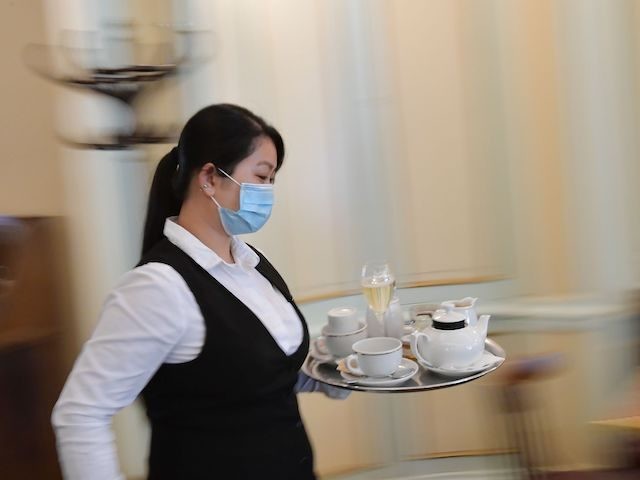 The St. Louis prosecutor who charged a couple with brandishing weapons against Black Lives Matter protesters last summer could have her law license revoked for professional misconduct.

Circuit Attorney Kim Gardner, who charged Mark and Patricia McCloskey following a well-publicized incident in July, has been accused of hiding evidence and fabricating facts while prosecuting then-Gov. Eric Greitens, according to court documents reported Wednesday.

A prominent European politician is facing criminal charges and a multi-year prison sentence after she shared biblical views on marriage and human sexuality that criticized homosexuality.

Finnish politician Päivi Räsänen, a longtime Christian Democrats member of parliament, is charged with three counts of “ethnic agitation” for comments she has made about homosexuals, The Helsinki Times reported.

'There was no escape from ideological indoctrination – anywhere.

The changes have come on America abruptly, and many with the election in 2016 of Donald Trump as president. And they're becoming amplified under President Joe Biden.

They include ideological campaigns that require a single-point of view from everyone, public character attacks on those who dare to disagree, a unified government/media voice, spying on opinions, and more.

They are signs that, just perhaps, Americans are becoming "Sovietized," according to Victor Davis Hanson, a classicist and historian at the Hoover Institution.

In a commentary this week, he lists 10 "symptoms of Sovietism"

Father Who Left NY After Slamming Woke School: Leave There, Go To Florida

Harvey Goldman added to Fox News host Tucker Carlson, “These children go to a park and they want to play. They don’t care what color the other kids are. They care that they’re having fun.”