The Most Sobering Political Scandal in American History 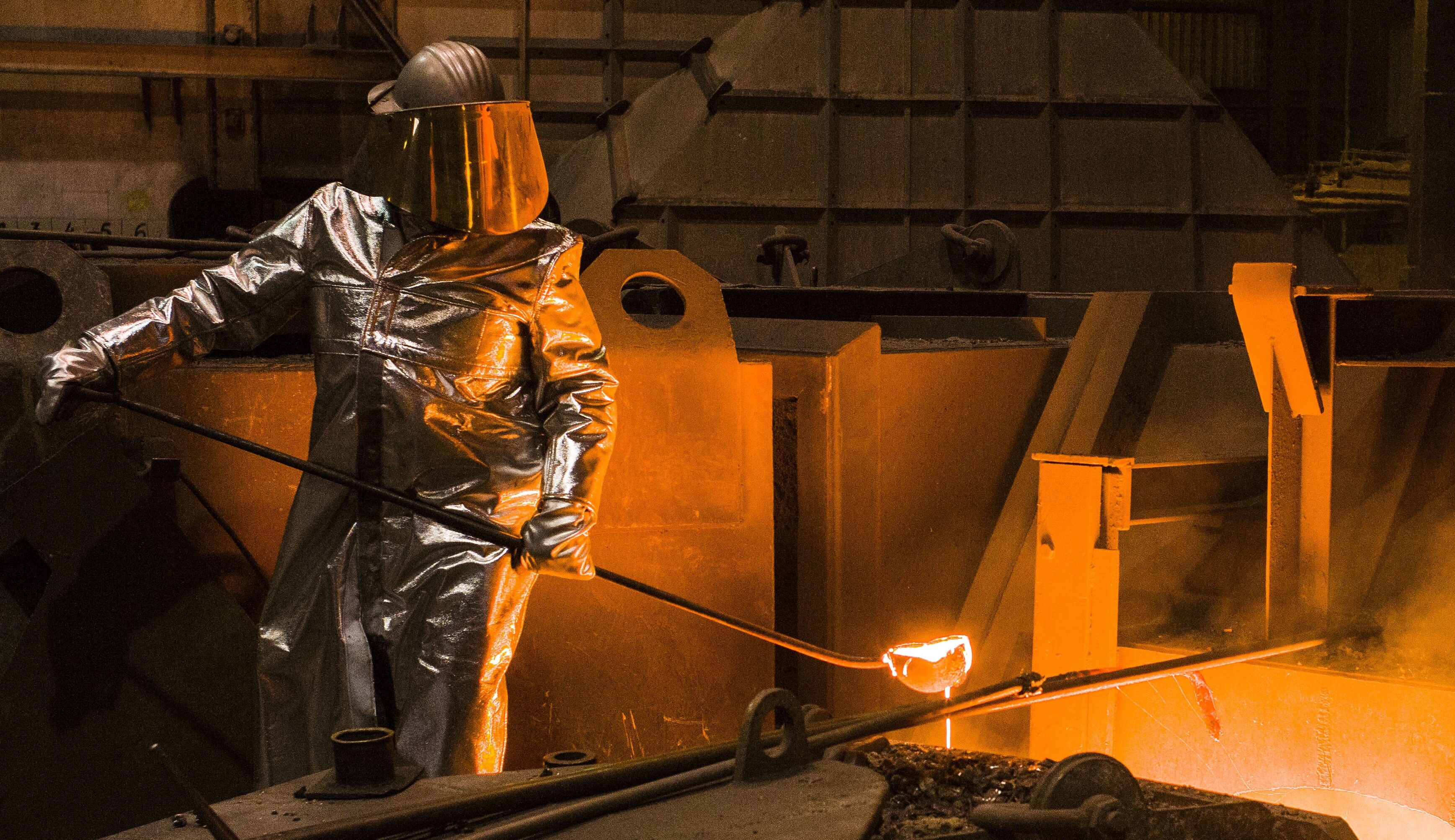 Steel Dynamics is the second major steel producer to more than double second-quarter profit as demand for metals produced in the U.S. increases after President Trump's tariffs on imports.

"We saw improved demand and product pricing across the entire steel platform, resulting in record quarterly steel shipments and significant margin expansion," the company said in a statement.

The Fort Wayne, Ind.-based firm reported earnings of $1.53 per share, beating analysts' expectations of $1.49, and rising from 63 cents the previous year. Net income of $362 million compared with $154 million during the same period in 2017. 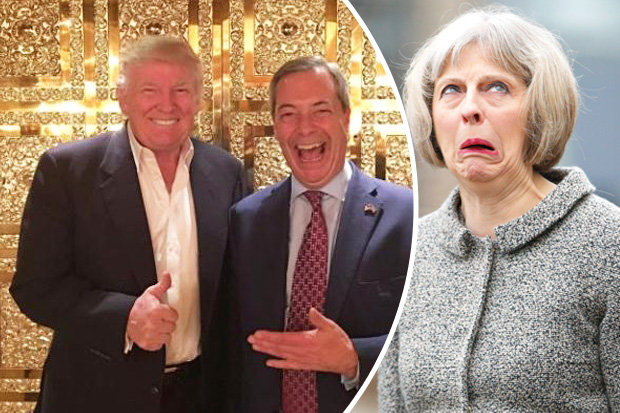 ‘If only we had a leader, not an appeaser,’ the former UKIP leader lamented


“Trump has achieved more in one day of trade negotiations with the EU than May has in 2 years. If only we had a leader, not an appeaser,” Farage tweeted Wednesday.

"We need to elect a few more Farage style, awkward bastard MEP’s and send them back to the EU parliament to kick ass and get the EU working properly again for the benefit of all."


“I have near zero optimism because I think it is going to be very messy,” warned one UK minister, speaking to Bloomberg on condition of anonymity. The prospects of getting an agreement are slim, the minister said. “If we crash out without a deal, it’s going to be a historic catastrophe."


And he is not alone as the latest YouGov polls show 69% of Brits believe Brexit is going badly and the largest finger of blame for Brexit going badly is being pointed at the government. Two thirds (68%) of those who think Brexit is currently going badly say that it is the government’s fault. This includes three quarters who voted Remain (77%) and 58% of Leave voters. 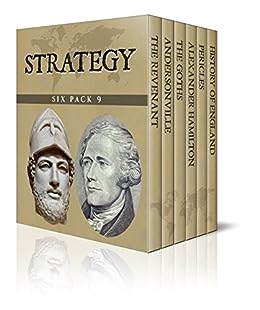 Hamilton and Washington both foresaw ways in which future demagogues would undermine the Constitution by usurping powers reserved to other branches, and leading the country into war to hold onto power and increase their wealth. The usurper would be Lincoln, who wielded the power of an absolute dictator between April and July 1861, and by the time Congress had assembled in the latter month, could arrest and imprison anyone as he launched a ruinous and bloody war upon his own people.
Bernhard Thuersam, www.Circa1865.org  The Great American Political Divide

“The Founders all knew war first hand; war on American soil, with a full third of their own countrymen against them, often in arms alongside the enemy. They built into their [Constitution] machinery to handle treason and rebellion. But they knew that crisis and war were favorite tools of demagogues. Hamilton reminded his readers of “the celebrated Pericles,” leader of Athens, motivated by fear and pique, who led his nation into a bloody and ruinous war to save his own political skin and to escape economic damage he had helped visit upon the state.

Hamilton saw that a leader who took America into war could use the circumstance to rob her of cherished liberties: “The violent destruction of life and property incident to war, the continual effort and alarm attendant on a state of continual danger, will compel nations the most attached to liberty to resort to repose and security to institutions which have a tendency to destroy their civil and political rights. To be more safe, they at length become willing to run the risk of being less free.”

“If, in the opinion of the people, the distribution or modification of the constitutional powers be in any particular wrong, Washington wrote, “let it be corrected by an amendment in the way which the Constitution designates. But let there be no change by usurpation; for though this, in one instance, may be the instrument of good, it is the customary weapon by which free governments are destroyed. The precedent must always greatly overbalance in permanent evil any partial or transient benefit, which the use can any time yield.”

In Washington’s “Farewell Address,” the connection between perpetual voluntary union, and obedience to the Constitution, is explicit. His prayer for the country, he said, was “that your union and brotherly affection may be perpetual; that the free Constitution, which is the work of your hands, may be sacredly maintained.”

The cult of the union, as it evolved in the Civil War era, identified “liberty” and “union” as essentially identical. But to the Founders, “liberty” was tied to the balance of powers they had carefully woven into the Constitution: “Liberty itself will find in such a government, with powers properly distributed and adjusted, its surest guardian.” Washington wrote.

A little-known fact of the Constitution is that two of the largest States — Virginia and New York – made the right to withdraw from the union explicit in their acceptance of the Constitution. And in such an agreement between parties as is represented by the Constitution, a right claimed by one is allowed to all.”

(The Legality of Secession, excerpts, www.etymonline.com)

Hamilton’s Nation at War with Itself

What arch-Federalist Alexander Hamilton thought was merely a bad dream and impossible, achieved reality with the sixteenth person to occupy the Oval Office. Lincoln converted the republic into a government which made “war and carnage the only means of supporting itself – a government that can exist only by the sword.” Those States which enabled Lincoln to gain a plurality victory as president willingly provided the troops who marched into other States intent upon subjugation. Hamilton and his contemporaries never imagined a future president ruling with dictatorial powers and an army of two million under his command.
Bernhard Thuersam, www.Circa1865.org  The Great American Political Divide

Hamilton’s Nation at War with Itself

“Remember, this is the arch-Federalist speaking, the man whose name is associated more than any other in the Constitutional Convention with the authority of the federal government. He paints a picture of the country without this [coercive] power, and of a State refusing a federal requisition:

“It has been observed, to coerce the States is one of the maddest projects that was ever devised. A failure of compliance will never be confined to a single State. This being the case, can we suppose it wise to hazard a civil war?

Suppose Massachusetts, or any large State, should refuse, and Congress should attempt to compel them, would they not have influence to procure assistance, especially from those States which are in the same situation as themselves? What picture does this idea present to our view? A complying State at war with a non-complying State; Congress marching the troops of one State into the bosom of another; this State collecting auxiliaries, and forming, perhaps, a majority against the federal head.

Here is a nation at war with itself. Can any reasonable man be well-disposed towards a government which makes war and carnage the only means of supporting itself – a government than can exist only by the sword.

Every such war must involve the innocent with the guilty. This single consideration should be sufficient to dispose every peaceable citizen against such a government. But can we believe one State will ever suffer itself to be used as an instrument of coercion? The thing is a dream; it is impossible.”

(The Legality of Secession, excerpt, www.etymonline.com)
Posted by Brock Townsend at Saturday, July 28, 2018 No comments:

WALSH: Young People Flock To Socialism Because They Have Been Badly Parented And Badly Educated

Alexandria Ocasio-Cortez is riding a wave of socialist enthusiasm among the younger generations. It is no surprise that young people are flocking to socialism, even though they know very little about it.

Different surveys give different figures, but they all seem to agree that around half of all millennials find socialism appealing. About 1 in 10 believe Joseph Stalin, who killed 20 million people, was a "hero." Much higher numbers admire the killer and terrorist Che Guevara.


More @ The Daily Wire
Posted by Brock Townsend at Saturday, July 28, 2018 No comments:

McCain and the POW cover-up

Sydney H. Schanberg won the Pulitzer Prize in 1975 for international reporting “at great risk” from Vietnam and Cambodia. After the war he served as city editor of the New York Times. The Academy Award-winning film “The Killing Fields” was based on his book “The Death and Life of Dith Pran.” Schanberg was a journalist for 50 years.
This is an expanded version of a story that appeared in the Oct. 6, 2008, issue of The Nation. Research support was provided by the Investigative Fund of The Nation Institute.

The Nation – John McCain, who has risen to political prominence on his image as a Vietnam POW war hero, has, inexplicably, worked very hard to hide from the public stunning information about American prisoners in Vietnam who, unlike him, didn’t return home. Throughout his Senate career, McCain has quietly sponsored and pushed into federal law a set of prohibitions that keep the most revealing information about these men buried as classified documents. Thus the war hero who people would logically imagine as a determined crusader for the interests of POWs and their families became instead the strange champion of hiding the evidence and closing the books.

Donald Trump Star Vandal Explains Why He Did It, Says Robert De Niro Supports Him & Fight Breaks Out

Fight breaks out at Donald Trump’s star on Hollywood Boulevard.
Posted by Brock Townsend at Saturday, July 28, 2018 No comments: