The New York Post recently published an exclusive excerpt of Peter Schweizer’s new book Red-Handed: How American Elites Get Rich Helping China Win, which outlines how American elites — including the Silicon Valley Masters of the Universe — purposefully aid the communist regime of China.

In his excerpt for the New York Post, Schweizer, who is a Breitbart News senior contributor, the president of the nonpartisan Government Accountability Institute (GAI), and the best-selling author of Clinton Cash and Profiles in Corruption, focuses on how money-grabbing Big Tech firms have placed the privacy of their users and U.S. national security at risk in an attempt to appease China. The New York Post excerpt highlights some of the most egregious examples of U.S. tech giants colluding with China from Red-Handed, including Facebook CEO Mark Zuckerberg asking Chinese dictator Xi Jinping to name Zuckerberg’s child. The excerpt reads

The pandemic pushed more families to home-school. Many are sticking with it

Before the pandemic, Karen Mozian had a concrete vision of her son’s K-12 education: He would go to public school, just as she had.

But then schools shut down in March 2020, and Mozian saw 9-year-old Elijah glued to Zoom at the kitchen table, struggling to get his words out. Elijah stutters, and distance learning made it worse. He was barely engaging, daydreaming through his classes.

Elijah was diagnosed with ADHD in the summer of 2021, just before sixth grade. He was back on campus, and his school granted him accommodations, such as additional testing times and help with incomplete assignments, but Mozian noticed that he was expected to advocate for himself — and he didn’t want to be singled out. His grades dropped abruptly.

Just think how times have changed considering this:

When I was a boy, my mother would say
"If it snows, you don't see Brock from after breakfast until it's dark."

Can you imagine this today? She didn't have a worry in the world, as she knew someone would look out for, feed, and/or chastise me.

P.S.: Once as a child, I was returning from a full day of sledding and being exhausted and freezing, rested by a tree when I started to feel very warm. Fortunately, I remembered that this was a no-no, forced myself up and towards home to the bathroom. 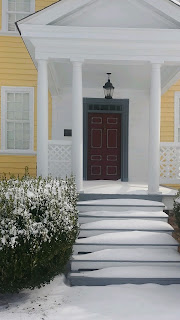 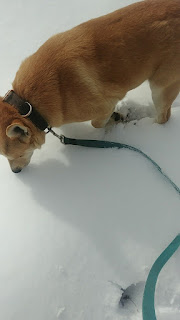 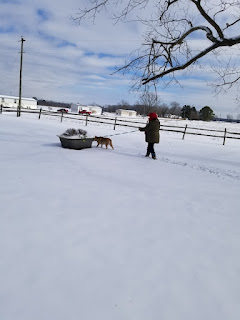 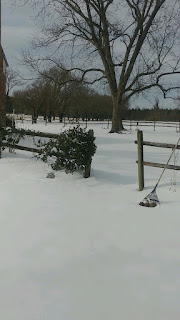 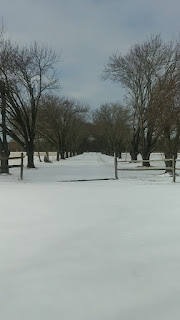 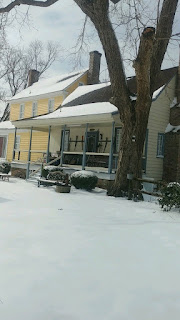 The forbearing use of power does not only form a touchstone, but the manner in which an individual enjoys certain advantages over others is a test of a true gentleman.

The power which the strong have over the weak, the employer over the employed, the educated over the unlettered, the experienced over the confiding, even the clever over the silly—the forbearing or inoffensive use of all this power or authority, or a total abstinence from it when the case admits it, will show the gentleman in a plain light.

A true man of Honor feels humble himself when he cannot help humbling others.

No matter how long it lives, the Greatest Lion will eventually die miserably. That's the world! They may die young from injuries they sustained while defending their Pride. They may die old, enfeebled by age. At their Peak, they rule, chase other animals, catch, devour, gulp and leave their crumbs for hyenas. But age comes fast.
The old Lion can't hunt, can't kill or defend itself. It roams and roars until it runs out of luck. It will be cornered by the hyenas, nibbled at and eaten alive by them. They won't even let it die before it is dismembered.
Life is short. Power is ephemeral. I have seen it in lions. I have seen it in old people. Everyone who lives long enough will become very vulnerable at some point. Therefore, let us be humble. Help the sick, the weak, the vulnerable and most importantly never forget that we will leave the stage one day.
Posted by Brock Townsend at Saturday, January 22, 2022 3 comments: .....the first English language translation of the work of the French free market economist Frederic Bastiat (1848). ( Remarkable as I hadn't heard of this and one of my heroes)

A series by Clyde Wilson.

LOUISA  SUSANNAH  CHEVES  McCORD  (1810—1879) of South Carolina  was one of the most outstanding women of 19th century America.  She was the daughter of Langdon Cheves, who had been Speaker of the U.S. House of  Representatives and had held other important posts.  In the antebellum period, while a plantation mistress, she published poetry, strong polemical essays in Southern reviews, a 5-act play (1851), and she made the first English language translation of the work of the French free market economist Frederic Bastiat (1848).  During the war she was a mainstay of Confederate hospitals and poor relief in Columbia.  Her Columbia house, which still stands, was ransacked but it was not burned in the destruction of Columbia because it was used as a headquarters by the odious Yankee general O.O. Howard.  Presented here is a passage from her play  Caius Gracchus.  The complaints of the Roman tribune against the wealthy reflects the North’s arrogant exploitation of the South.

FROM THE ADDRESS OF GRACCHUS

Posted by Brock Townsend at Saturday, January 22, 2022 No comments:

While everyone has been war-gaming the future of America, the one thing they haven’t been focused on is what happens if there is no internal conflict. A quick survey of the headlines today ensures one that the globalist narrative is imploding. First, there’s Vladimir Putin’s speech to the world, calling out the globalists and the evil in our own nation for the genocide they’ve committed with the tainted “vaccines.” Boris Johnson was the first one to flinch, first removing Covid restrictions and declaring and end to such, then he turns his back on the policy to flood immigrants into the UK. Even Starbucks cancelled their vaccine mandate, something a prospective employer of my own Pruitt Tool and Supply refused to do, asking me for my vaccination status before scheduling an interview. Not because they had a vaccine mandate, you understand, but because the drilling companies they supplied did. Hey, that’s the same thing, you hypocrites!