A popular gifted-student program at a New York City elementary school is getting the ax after school officials decided it lacked diversity.

“Our Kindergarten classes will be heterogeneously grouped to reflect the diversity of our student body and the community we live in,” Miss McDonald said in the letter posted on Flickr.com.

At least one parent described SOAR as largely white, while others disagreed, the report said.

One mother conceded the program did have a lot of white students, but worried gifted students now won’t be challenged enough.

“Where are they going to put the higher-level students? Sometimes, there are different levels, and teachers can’t handle all the levels in one class,” she told the Daily News.

Conservative videos
WARNING: This video contains gore and strong elements of violence that may offend some readers. Proceed with caution.
A new ad encouraging young people to stay in school is generating a lot of buzz on the Internet — and after you watch it, you will immediately understand why. The online PSA, which claims to be produced by the “Learn for Life Foundation of Western Australia,” appears to show a group of kids ditch school for what they think is a fun day at the beach.
Things, however, end in a very unexpected fashion. “This is what happens when you slack off,” the video says. “Stay in school.” It was not clear whether the organization purporting to have created the ad was authentic, but since the video was uploaded Tuesday, it had already achieved nearly half-a-million hits.
Posted by Brock Townsend at Friday, January 31, 2014 2 comments:

This year at SHOT it was hard to walk 10 feet without encountering a tactical rifle, or a rifle that was designed for long range, or a rifle that cost $3,000. Apparently there are a lot of people out there who are not shy about spending three large on a good gun, and boy, are there some good ones.

Forbes Rifles which is located in Maine, and builds a less expensive version of the New Ultra Light Arms rifle, which is made in West by God Virginia, began production with a distinctly limited number of calibers and configurations. But for 2014, there are right and left hand guns, long and short actions, stainless or chrome-moly barrels and receivers, a choice of solid colors and ten camo patterns, and lots of new calibers. Like the parent guns, Forbes Rifles are extremely light, dead accurate, and unchanging of zero, but are priced in the $1500-$1600 range, which is about half of what a NULA costs. ForbesRifleStore.com

Shooting Tips from SIG SAUER Academy - Holdover and Off

Posted by Brock Townsend at Friday, January 31, 2014 No comments:

‘THE RULES ARE THE RULES’: Government shuts down 11-year-old’s cupcake business

The government has pulled the plug on an 11-year-old Illinois baker’s oven.

A day after a local newspaper ran a story about the young and ambitious Chloe Stirling, who operated a cupcake business out of her parents’ kitchen, the local health department came calling.

“They called and said they were shutting us down,” Heather Stirling, Chloe’s mother, told the St. Louis Post-Dispatch.


Voters in one Oklahoma region represented by Rep. Jim Brindenstine may look meek and mild, maybe even sweet, but their opinions of President Obama reveal nothing but a battleground “take-no-prisoners” attitude.

One lady, for example, said there needs to be changes in the Senate so “we can impeach the SOB.”

Said another, “He’s not president as far as I’m concerned. … Should be executed. He’s an enemy combatant.”

She complained that Congress is doing nothing and that “allows this moron to make decisions. He has no authority. None.”

Via The Daily Paul

His legacy as a military genius is widely renowned. Now, in Still Standing: The Stonewall Jackson Story, his legacy as a man of resolute Christian character is captured in this revealing documentary.

Through stunning High Definition videography and expert narrative, Still Standing traces the life of Stonewall Jackson—from his orphaned childhood, to the Sunday School class he taught for African Americans, to the role he played as a General. Still Standing inspires, entertains, and educates.
Posted by Brock Townsend at Friday, January 31, 2014 2 comments:

The following morning, Harger was informed by Sheriff Douglas C. Wood of Sandoval County, New Mexico, that Harger was to dismantle the Jamez Springs Police Department. 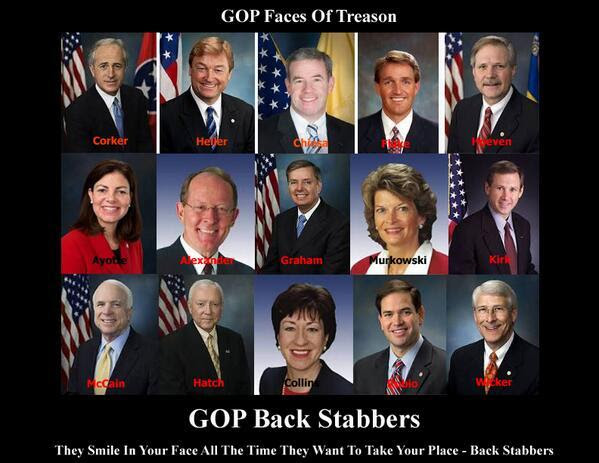 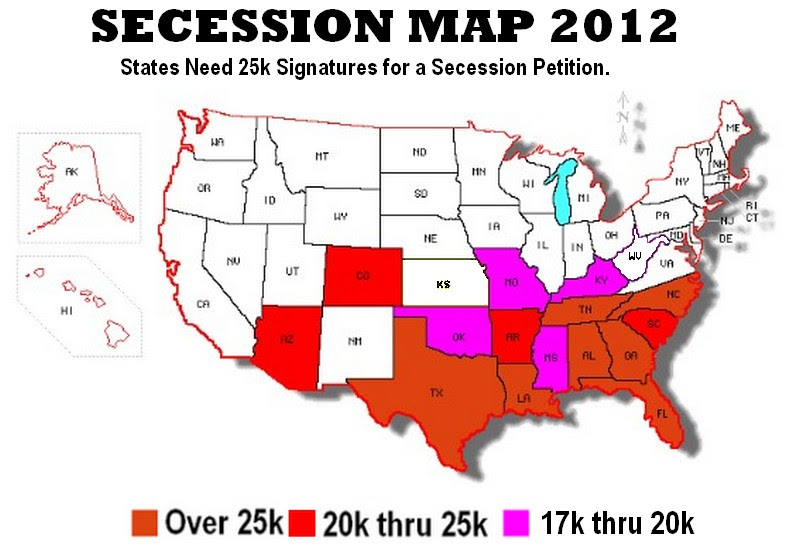 The healthiest and most intuitive response to deep-seated, irreconcilable unhappiness – political or personal – is not to hold a constitutional convention, Mark Levin, but to leave, to exit the abusive relationship.

It is indeed inexplicable how the famous broadcaster trashes secession but, at the same time, looks to the states for salvation.

To reclaim the republic, Levin and his listeners hold out hope for the atrophied states and their unexercised role in the amendment process, as stipulated in Article V of the Constitution.

Ayers: Constitution needs to be replaced 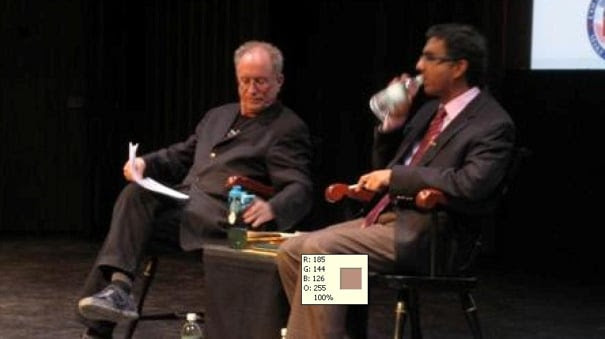 President Obama’s longtime buddy, unrepentant terrorist Bill Ayers, Thursday night told debate opponent Dinesh D’Souza and an audience at Dartmouth College that the Constitution is an outmoded document and it ought to be changed.

Ayers and his wife, Bernardine Dohrn, were the main founders of the domestic terror group the Weather Underground, which was assigned responsibility for dozens of bombings aimed at destroying the defense and security infrastructure of the U.S.

D’Souza is the maker of the movie “2016: Obama’s America,” which is the second-highest grossing political documentary of all time.

It blasts Obama’s policies and actions, and warns America about what the nation would be under Obama’s vision for the United States.

See Dinesh D’Souza’s “2016: Obama’s America” and his books in the WNS Superstore.

The topic of the debate was “What’s so Great About America?”

Members of the Chinese military are looking to use an electromagnetic pulse as part of a “one-two punch” to knock out – literally within seconds – all defensive electronics not only on Taiwan but also on U.S. warships that could defend the island.

This revelation comes in an article by Lou Xiaoqing who says the People’s Liberation Army sees an EMP weapon as the primary means of incapacitating Taiwan and disabling American defenders nearby.

Given that such a strategy was made public in an article entitled “Electromagnetic pulse bombs are Chinese ace,” it is seen as reflecting the official Chinese government position.

Xaoqing said that if the Chinese were to use a high-altitude nuclear device which would create the destructive EMP impact on Taiwan’s electronics, it would be exploded at an attitude of 18 miles to avoid damaging civilian and military equipment on the Chinese mainland, which might happen if the bomb exploded at a higher altitude.

“China is attracted to the fight against the U.S. military after the effective range, using them as a means of surprise attack or an intimidation factor,” Xaoqing said. “The United States will abandon the use of aircraft carrier battle groups to defend Taiwan.”

Xaoqing said that the Chinese military has calculated that the U.S. military is too fragmented and, coupled with the downturn in the economy, would be less likely to come to Taiwan’s assistance, forcing Taiwan to defend itself.

I don't see this as a seller except for range use.
Posted by Brock Townsend at Friday, January 31, 2014 No comments:

Posted by Brock Townsend at Friday, January 31, 2014 No comments: