Via comment by Anonymous on The Human Scale of Political Order

UPDATE! The NAACP packed a school board meeting Thursday night. NAACP leaders Michelle Laws and Greg McElveen delivered speeches demanding that the school punished the two girls. The school board refused to say if any action would or would not be taken. 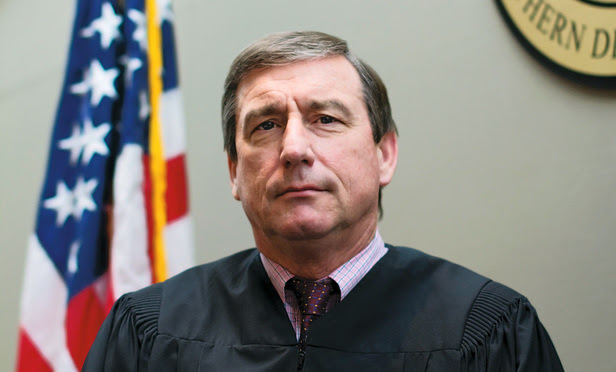 President Obama’s lawyers admitted to a federal judge late Thursday that they had broken the court’s injunction halting the administration’s new deportation amnesty, issuing thousands of work permits even after Judge Andrew S. Hanen had ordered the program stopped.

The stunning admission, filed just before midnight in Texas, where the case is being heard, is the latest misstep for the administration’s lawyers, who are facing possible sanctions by Judge Hanen for their continued problems in arguing the case.

The Justice Department lawyers said Homeland Security, which is the defendant in the case, told them Wednesday that an immigration agency had approved about 2,000 applications for three-year work permits, which was part of Mr. Obama’s new amnesty, even after Judge Hanen issued his Feb. 16 injunction halting the entire program.

The Fascinating Story Behind Why So Many Nail Technicians Are Vietnamese 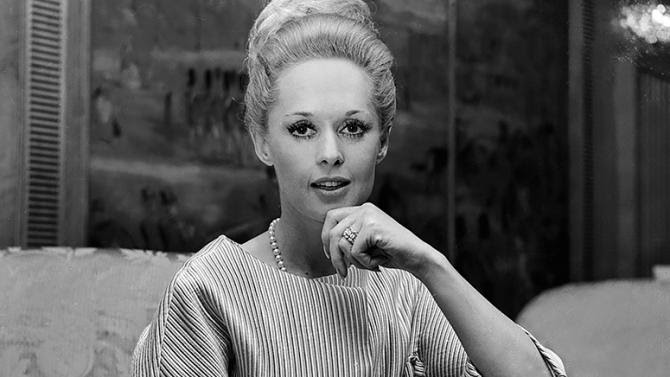 Most Americans recognize Tippi Hedren for her starring role in Alfred Hitchcock’s horror film The Birds—but among the Vietnamese American community, her reputation is for something a little more serious: being a cornerstone of the immigrant community's economy.

Forty years ago, the Hollywood actor traveled to Hope Village, a Vietnamese refugee camp near Sacramento, California, to meet with a group of women who had recently fled the takeover of South Vietnam by the armed forces of Communist leader Ho Chi Minh. Hedren was aware of the difficulties the refugees had faced and had been trying before her visit to think of a skill or trade she could help the women learn so they could support themselves in their adopted country. When she met with the group, she was surprised to find they were enamored with her manicure.

“We were trying to find vocations for them. I brought in seamstresses and typists—any way for them to learn something,” she told the BBC. “And they loved my fingernails.”

Thuan Le was there for the lightbulb moment. “A group of us were standing close to her and saw that her nails were so beautiful,” she recalled to TakePart. “We talked to each other and said they looked so pretty. I looked in [Hedren’s] eyes and knew she was thinking something. She said, ‘Ah, maybe you can learn nails.’ And we looked at each other and she said, ‘Yes, manicures!’ ” 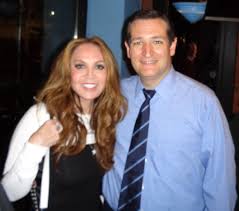 Have you noticed how many persons – how many supposed Americans – have come out against freedom of speech lately? The media are almost unanimous against it. The following example is typical:


Looks like Pamela Geller will get her wish: More dead Americans at the hands of radical Muslims. Hell, the hatemonger finally even got ISIS to pay attention to her.

Last week Geller — whose repulsive anti-Muslim ad campaign caused the MTA to ban all religious, opinion and political ads — held a $10,000 contest in Texas. The aim?

To draw caricatures of the Prophet Muhammad, which she knows is forbidden by most Muslims and frowned upon by the rest.

The result? Two violent radical Muslims opened fire on the group, and the shooters ended up dead at the hands of the police. Yesterday ISIS claimed credit and vowed to kill more Americans.

Violence and its ugly brother, violent protest, is the lowest form of human expression and runs counter to what most of the great religious and philosophical prophets, from Jesus to Muhammad to Martin Luther King to Mahatma Gandhi, preached.

But so is hate-filled propaganda against any one religion. Geller, like ISIS and al Qaeda, revel in hate and nothing would make any of them happier than to be the catalyst for the killing of hundreds of innocent Americans to prove a point. Geller would be a hero to the hateful. Damn the cost in innocent lives, damn the heartache.

So if Muslim savages run amok murdering innocent Americans, it will be Pamela Geller’s fault for offending them! Amazing! Does this principle apply to domestic violence? If she says something that offends him, and he strikes – or kills – her for it, is her injury or death “her fault?” Or is that different somehow?

A long time ago, in a financial galaxy far, far away, a “fringe” blog raised the topic of gold market manipulation during the London AM fix. Several years later (which, incidentally, is about average in terms of the lag time between when something is actually going on and when the mainstream financial media finally figures it out and reports on it), it was revealed that in fact, shenanigans were likely afoot and indeed, regulators are still trying to sort out what happened.

Via WSJ earlier this year:

The precious-metals probes are the latest example of regulatory scrutiny into how the world’s biggest financial institutions influence widely used benchmarks. Until last year, prices for gold, silver, platinum and palladium were set using a decades-old practice of once- or twice-a-day conference calls between a small group of banks. The process for setting each of the price “fixes” has since been overhauled...

Last year, the FCA fined Barclays £26 million ($40.2 million) for lax controls after one of its traders allegedly manipulated the gold fix at the expense of a client…

Police seized ten children from an “off grid” homeschool family in Kentucky on Wednesday after receiving an anonymous tip about the family’s traditional lifestyle.


The nightmare story began when sheriff’s officers set up a blockade around Joe and Nicole Naugler’s rural property before entering the premises. Eight of the kids were out with their father but Nicole and two of her oldest children were at home. Nicole attempted to drive away but was subsequently stopped and arrested for resisting (attempting to prevent officers from taking her two boys away).
The sheriff then demanded Joe Naugler turn over the other eight children by 10am the next day or face felony charges, an order with which he complied.

“They are an extremely happy family,” said family friend Pace Ellsworth, who asserts that the Nauglers were targeted because of their “back to basics life” and their decision to homeschool their children.

The Human Scale of Political Order


"Every mother's son of you knew that if you didn't keep exact step to the music of Dixie and the Bonny Blue Flag, if you did not tread the very front line of battle when the contest was on, knew in short that if you returned home in aught but soldierly honor, that the very fires of hell would not scorch and consume your unshriven souls as you would be scorched and consumed by the scorn and contempt of your womanhood."
--Cpl. James Tanner, 1906


Aristotle taught that “To the size of states there is a limit, as there is to other things, plants, animals, implements, for none of these things retain their natural power when they are too large or too small.”1 In this paper I want to explore Hume’s views on the proper size and scale of political order. Size and scale are not the same thing. The scale of a thing is the size appropriate to its function. Scale for human things is the human body and its capacities. Classical architects have longed explored the relation between the human frame, its sensory capacities, and the proper size of doors, windows, courtyards, gardens, the width of streets, plazas, and so forth.
What is the proper size and scale of political order?

When The Elites Wage War On America, This Is How They Will Do It 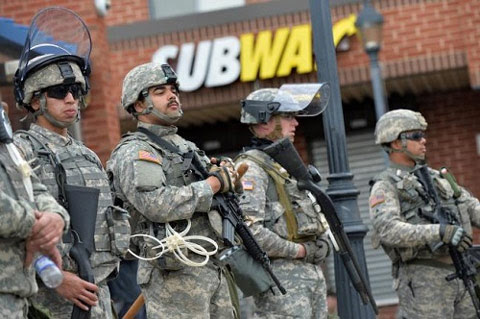 The consequences and patterns of war, whether by one nation against another or by a government against the citizenry, rarely change. However, the methods of war have evolved vastly in modern times. Wars by elites against populations are often so subtle that many people might not even recognize that they are under attack until it is too late. Whenever I examine the conceptions of “potential war” between individuals and oligarchy, invariably some hard-headed person cries out:

Congressman Mike Rogers from Alabama's 3rd congressional district included his amendment to the National Defense Authorization Act (NDAA) of 2016  to allow the Army to transfer its surplus vintage firearms to the Civilian Marksmanship Program (CMP).

The NDAA passed out of the House Armed Services Committee (HASC) and is expected to come up for debate on the House floor later this month. 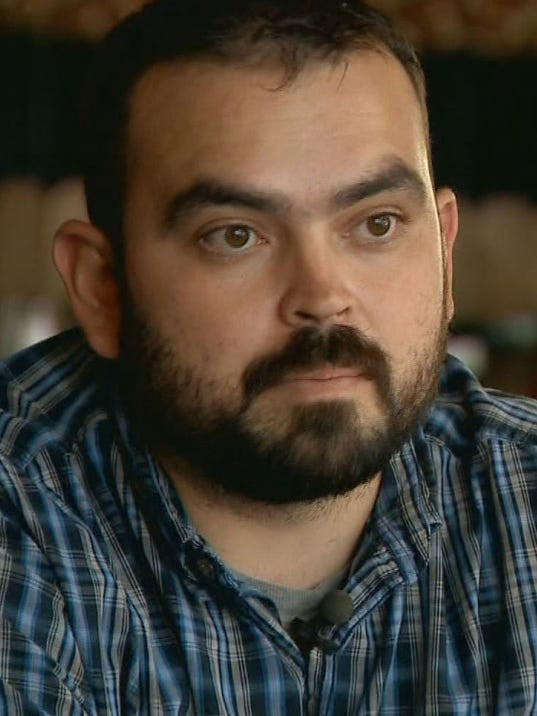 The Hispanic owners of a barbecue restaurant in Milliken say they plan to host a "White Appreciation Day" next month.

What started as a joke is now on the calendar. Edgar Antillon and Miguel Jimenez recently purchased Rubbin Buttz BBQ on Broad Street. On June 11, they plan to offer a 10% discount to all white customers and no one else.

Will UN-style gun control be rammed down our throats?

Gun import bans ... Microstamping of firearms ... Ammunition bans ... The full implementation of the anti-gun UN Arms Trade Treaty ... Illegal amnesty which locks in millions of new, anti-gun voters.
This anti-gun wish list could be part of the secret trade agreement that President Obama is getting ready to spring on the Congress.

This trade pact is called “fast track,” and what it means is that Obama can write any form of gun control he chooses into a trade agreement -- import bans, amnesty, etc.

And this agreement DOESN’T need two-thirds vote in the Senate, as a treaty would. When completed, the agreement is merely subject to a majority vote in both Houses ... it can't be filibustered ... it can't be amended ... and the GOP can't refuse to consider it.