I-Team: Police say Bundy ranch protesters not off the hook

Of course not, since we are the "Only ones!"

Metro Police officers who were on the front lines of a recent showdown near the Bundy ranch in Bunkerville say they feared for their lives.

At least *some of the militia members who pointed weapons at police officers during the confrontation may have wanted a violent outcome and tried to incite one.

*So, it was OK for your snipers to zero in on citizens, but not the other way around?

In exclusive interviews with the 8 News NOW I-Team, officers who were on the scene shared their thoughts and fears, and they say it is not over.

"These guys with rifles, keep them calm," was Clark County Assistant Sheriff Joe Lombardo's request to one of Bundy's sons the day of the confrontation.

Lombardo's top priority was to prevent a spark that might set off a bloody firefight.

"There was a possibility of somebody just having an accidental discharge causing a blood bath, because the individuals that were showing up, the militia quote unquote, were armed to the teeth," Lombardo said.

On one side, armed federal rangers and agents, on the other, a huge crowd of angry militia members and in the middle, 30 Metro officers, exposed and vulnerable, aware that if the shooting began, some of them would die.

"You are standing there going, 'I just hope it doesn't hurt when it comes. That it's quick,' and it was real for us. It was real," Sgt. Tom Jenkins said.

*Must not have read your job description. 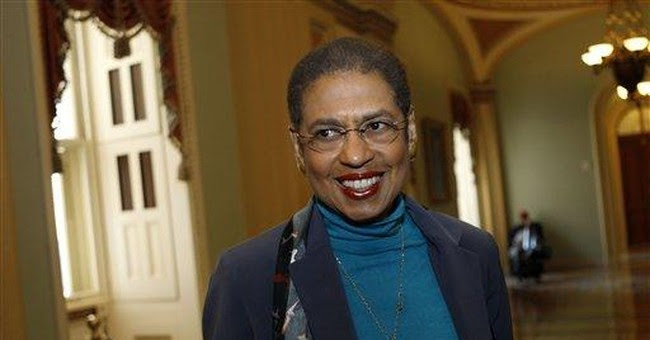 Eleanor Holmes Norton, the District of Columbia's non-voting observer in Congress, said today that the invasion of Iraq was "perhaps the most catastrophic war of the twentieth century--invasion, by the United States of America."
Yikes.

As the Daily Caller pointed out, nearly everything Norton said was completely wrong 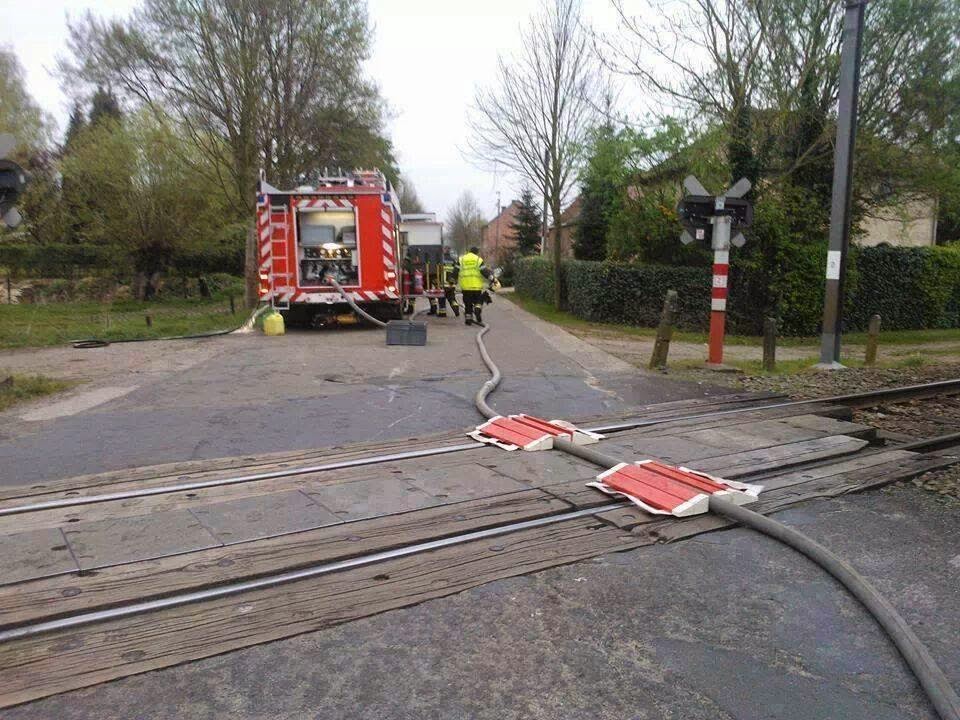 Mother targeted because she homeschools: EMS Worker" “We’re Agents of the State”

After a concerned mother called 911 fearing her son was choking, an EMS worker proceeded to conduct an inspection of her house on the premise that she homeschooled, telling the woman “we’re agents of the state”.

“The moment your child is complaining that his stomach hurts, then points to his chest instead, and his face is turning red and he’s coughing, so you call 911. Except, when EMS gets there they laugh at you and tell you if it’s asthma he won’t be complaining about “abdominal pain” (except he’s NOT because he’s POINTING TO HIS CHEST!!!) Then the other asks, “Why aren’t they in school?”

Then proceeds to LOOK AROUND YOUR HOUSE when you tell her you homeschool! Seriously, people, I am not making this up! I. Am. Livid.”Krista Spinks Bordelon of Baton Rouge, Louisiana, called for an ambulance after her asthmatic son began complaining of chest pains and turning red in the face.

Poor Shannon Watts, she just can’t catch a break this week. Between being confronted by Dana Loesch, getting caught at an unflattering angle on camera by Guns.com, and now getting trolled by a company her organization is certainly no fan of.

Slide Fire Design Director Todd Kauranen posed with Watts for a photo before revealing who he really was.

This week near Dover, Delaware, a viral video appears to show another instance of black-on-white violence among high school students.

Editor's Note: YouTube has deleted the video originally embedded in this article. Should users navigate to the video's URL, a message states: "This video has been removed as a violation of YouTube's policy prohibiting content designed to harass, bully or threaten."

The shaky cell phone video shows a group of black teenage boys punching, knocking down, and kicking a white teenage boy, leaving him dazed and confused on the school bus floor.

The victim of the attack had been riding home from Parkway Academy School near Dover when the assault reportedly began. The video shows him sitting alone, facing front, when the attack begins from the rear – and continues from the side and the front of the school bus. "I didn't do nothing," he protests.


More with video @ Breitbart
Posted by Brock Townsend at Thursday, May 01, 2014 8 comments:

All over but the shouting.

Ukraine’s acting president on Wednesday admitted that government authorities had lost control of the eastern Donetsk and Lugansk provinces to separatists, and said the challenge now was to “prevent terrorism from spreading to other regions”.

Oleksandr Turchynov also warned that pro-Russian groups were planning “subversive acts” in six other eastern and southern Ukrainian regions during Thursday’s May Day holiday, formerly one of the biggest events in the Soviet calendar for mass marches.


More @ Townhall
Posted by Brock Townsend at Thursday, May 01, 2014 No comments:

Few Americans are aware of the potentially earth-shaking events currently unfolding in India.  The left-center Nehru-Gandhi dynasty, which has ruled India for all but eight of its 67 years of national existence, is about to be voted out of power in favor of the conservative opposition under the leadership of Narendra Modi.  As Chief Minister of Gujarat, Modi turned his state into a pro-business economic miracle that accounts for 72 percent of India’s new jobs and has its lowest unemployment rate.


That’s the good news.  The bad news is that we might be shooting ourselves in the foot.

Modi is a free-market capitalist and unapologetic opponent of radical Islam in both its open and surreptitious variants.  He gave a speech recently in the Northeast Indian state of Assam promising immediate and strong action to stop the large scale infiltration of illegal migrants and Bangladesh’s anti-Hindu violence.  “Assam lies next to Bangladesh, and Gujarat lies next to Pakistan,” he said. “People of Assam are troubled because of Bangladesh, and Pakistan is worried because of me.”


In most survival situations, a good knife can make a huge difference. Some of us remember the “Rambo” knives with hollowed out handles and small survival kits inside. The cheap ones were as sharp as  spoons and fell apart quickly. This is obviously not something you want to happen when your life depends on it.

Selecting the right knife is a matter of personal preference, availability and your budget. Good knives don’t have to be expensive.

Today survival knives come in all sorts of shapes and sizes but one thing never changed. It is an essential tool to baton wood, process meat, help to build shelters, modify your gear or even use the butt end as a hammer. A survival knife is a workhorse so most of the time people look for very sturdy fixed blades knives that can handle everything you throw at it.

We asked our community what knife they would take if they could choose only one and here are the results.